Sprout had a strong 2022. They have never been a world-beating organization in Counter-Strike but they have created some competitive lineups in their time in the Valve game. This was the case again in 2022 and towards the end of the year, their roster was a stable top thirty in the world rankings. Heading into 2023, the German organization is looking to push on and achieve even more. Romanian sniper Adrian “XELLOW” Guță is their newest recruit and with him in the Sprout camp, what are Sprout’s prospects for 2023?

Sprout is a German organization that first entered the Counter-Strike: Global Offensive space at the end of 2017 when it acquired Seed. The Seed squad was also predominantly German with German trio Denis “denis” Howell, Timo “Spiidi” Richter and Kevin “kRYSTAL” Amend being joined by Finish talent Jesse “zehN” Linjala and Polish star Paweł “innocent” Mocek. This roster put Sprout on the map and saw them attend the first Major of the new year - ELEAGUE Boston 2018. Although only reaching the Challengers Stage, exiting with a 1-3 score, they picked up a win over Turkish side Space Soldiers and also received their very own stickers inside the game. This put the Sprout organization on the map and immortalized them within Counter-Strike: Global Offensive forever. 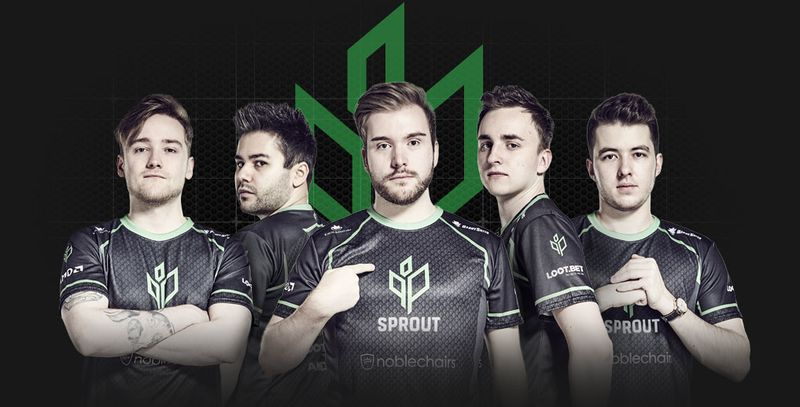 Looking back; Sprout through the seasons

In the years that followed until 2022, this was their only appearance at a Major but in that time, they've brought up some incredibly talented youngsters — most of whom end up at their German rivals - BIG. The three notable players that have come through the ranks at Sprout are Josef “faveN” Baumann, Nils “k1to” Gruhne, and Florian “syrsoN” Rische all of which are currently playing together for BIG. For most of this time between the Major in 2018 and 2022, Sprout fielded German rosters, who spoke German and this reduced the talent pool that they could pick players from. This was until early 2020 when they experimented with Paweł “dycha” Dycha, Michał “snatchie” Rudzki, and Tomáš “oskar” Šťastný, who are all incredibly talented individuals from outside Germany.

They all ended up leaving the organization in one way or another and the international was left on hold as they returned to a fully German roster again at the start of 2021. This didn’t last for long, however, as at the start of 2022, Sprout again went international. Long-time member Timo “Spiidi” Richter and German sniper Fritz “slaxz-” Dietrich were joined by Danish trio Rasmus “raalz” Steensborg, Victor “Staehr” Staehr, and coach Danny “BERRY” Krüger as well as Max “Marix” Kugener from Luxembourg. Victor “Staehr” Staehr and Max “Marix” Kugener were both eighteen and up-and-coming talents, which made this new Sprout iteration particularly exciting. 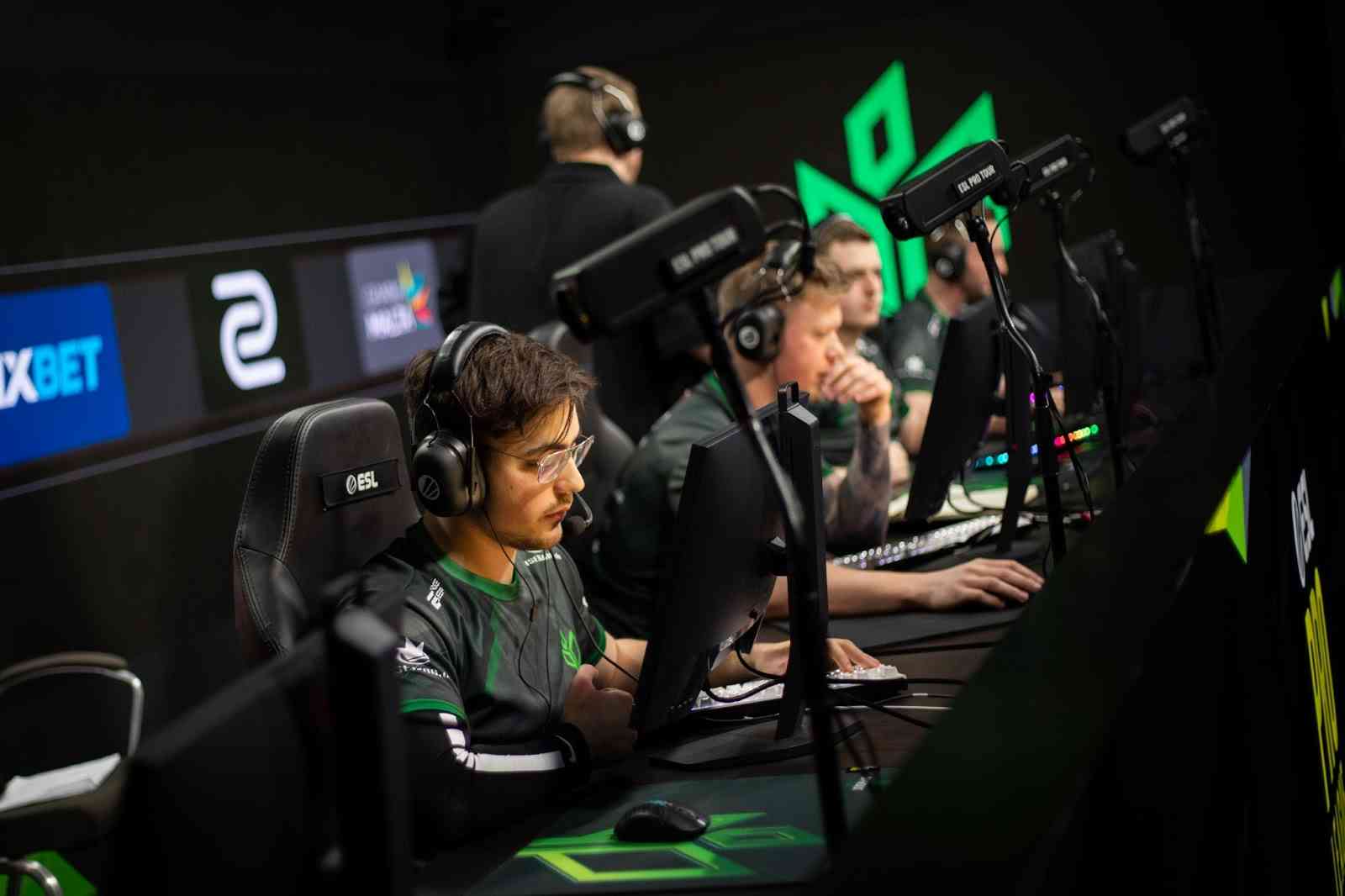 This roster looked promising and attended ESL Pro League Season 15 looking to show what they were capable of. They finished last in their group and failed to pick up any series wins but did manage to pick up map wins over Outsiders and eventual tournament finalists ENCE. One thing to note was that Victor “Staehr” Staehr shone particularly brightly, averaging over a 1.00 rating in a team that could barely be called competitive. The young Dane’s performances brought attention from other teams and this has continued ever since, with Astralis being well-known for wanting the 18-year-old’s signature.

This lineup, however, didn’t last long as Luxembourgian talent Max “Marix” Kugener was poached by OG Esports’ new academy roster OG Academy. He was swiftly replaced with Laurențiu “lauNX” Țârlea, who is looking like a player for the future and probably their best player at the moment alongside Victor “Staehr” Staehr. Hailing from Romania, the 17-year-old joined Sprout from the Romanian roster Nexus. He has impressed ever since and heading into the Summer break of 2022, Sprout underwent another major overhaul, major being the fitting word.

After being a servant for Sprout for over four years, Timo “Spiidi” Richter finally departed the German organization and eventually got a spot on ALTERNATE aTTaX. The other outgoing was Rasmus “raalz” Steensborg who would move to Copenhagen Flames. These two spots were filled by two Danes, Ismail “refrezh” Ali and Rasmus “Zyphon” Nordfoss. Rasmus “Zyphon” Nordfoss had a relatively quick rise in Counter-Strike: Global Offensive, joining Astralis Talent in December 2020. From there, he netted a move to Copenhagen Flames and after two strong Major runs — almost made the Playoffs in Stockholm and made the Playoffs at PGL Major Antwerp.

This roster split up and all five players netted moves to pastures new. While his fellow teammates were joining the likes of G2, Heroic, and fnatic and have since lifted silverware, Rasmus “Zyphon” Nordfoss found himself on this new Sprout roster as he continues to prove he is one for the future in Counter-Strike. Ismail “refrezh” Ali would round out the roster and would take the role of IGL. He arrived from Heroic, just after winning the Pinnacle Cup Championship and while having never led a Counter-Strike team before, his pedigree in tier-one with Heroic should help in the process of becoming a competent leader.

So, there it was, Sprout’s new roster for the rest of 2022 was majority Danish with a young Romanian rifler and German sniper Fritz “slaxz-” Dietrich. The new majority-Danish international roster’s only real test since inception was the Rio Major 2022 and given the little time they had together, expectations were low. They qualified for the RMR through the first Open Qualifier, finishing in the first place, ahead of the likes of Astralis, fnatic, OG and MOUZ.

They attended the IEM Road to Rio 2022 Europe RMR A with hopes and dreams of qualifying for the Challengers Stage of the Major. The Legends Stage seemed out of reach for the Sprout side as there were only four spots and teams with the pedigree of G2, FaZe, NIP and Cloud9 were all in attendance. However, Sprout did the impossible and qualified for the Legends Stage, beating forZe, Spirit, and B8 to make the Major, only losing to FaZe to achieve a 3-1 score. This was a massive result and saw the German organization make the Legends Stage of a Major for the first time through an RMR where both Astralis and G2 missed out. 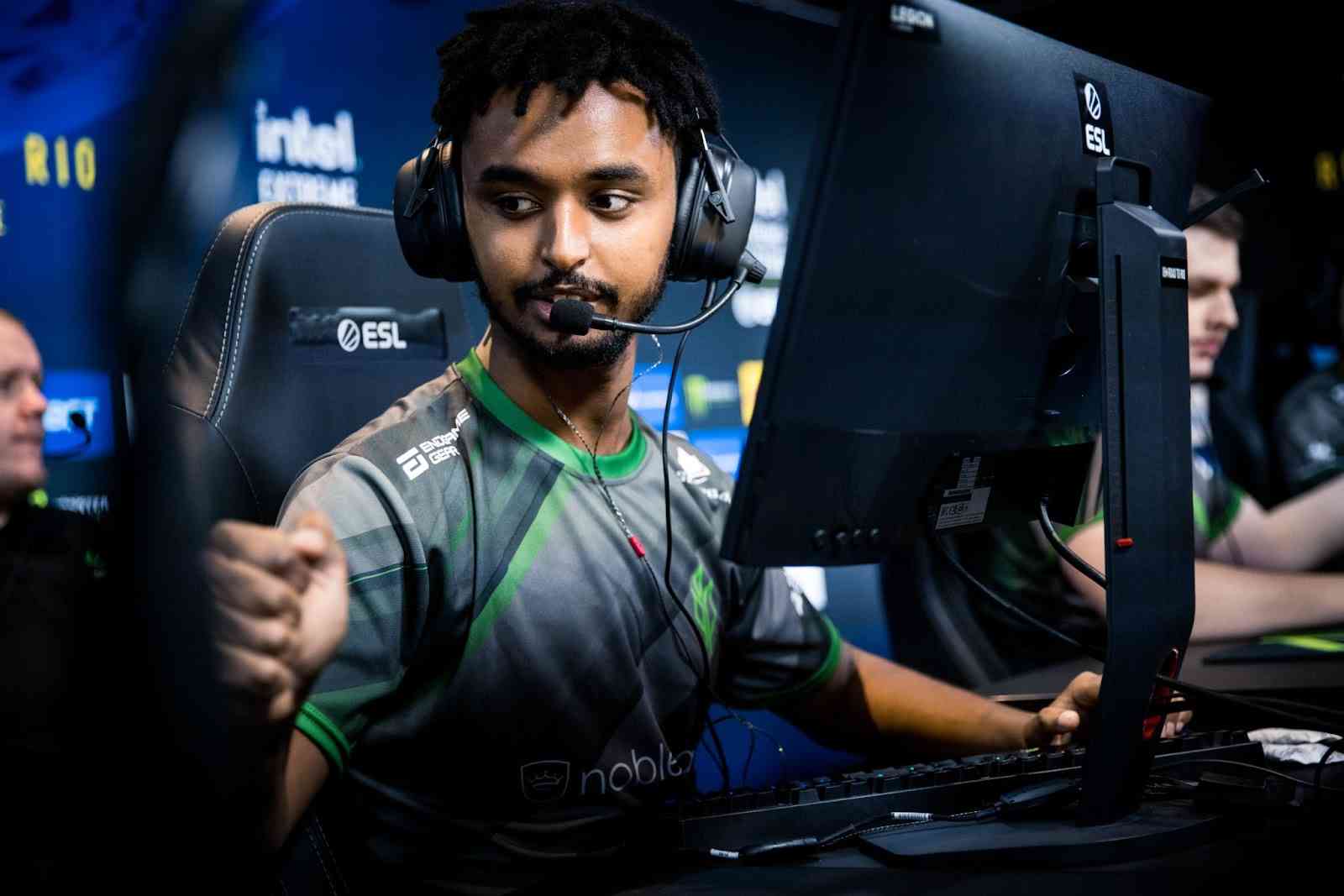 The pressure was on then, they arrived in Rio de Janeiro for, what is for most of these players, the biggest event of their careers. Their opening game was against fellow German organization, BIG and the Berlin-based side came out on top. What followed was another loss to Liquid who were flying with their new addition Mareks “YEKINDAR” Gaļinskis. With an 0-2, Sprout desperately did not want to leave Brazil empty-handed but a 0-3 decider match against none other than NIP is what awaited them. Everybody expected them to lose but Sprout managed to close out the series comfortably winning 2-0 across both Vertigo and Ancient.

Despite losing against Spirit the next day and therefore being eliminated from the Major, picking up the series win will have been huge for their confidence and will be something they look to build on for 2023. Rasmus “Zyphon” Nordfoss was particularly on form in Rio and continued his positive showings at Majors with a rating of 1.20 rating, giving him a rating higher than the likes of Oleksandr “s1mple” Kostyliev and Mathieu “ZywOo” Herbaut throughout the Major.

The rest of the year did not bring much for Ismail “refrezh” Ali’s men but they did manage to stay a stable top twenty team and also reach the Semifinals of Elisa Master Espoo 2022. However, these results do not exactly match up with making the Counter-Strike Major and therefore it seemed likely changes were to be made. To many, it was obvious that to take the next step they needed a greater AWPing presence to compete with the world’s best. Fritz “slaxz-” Dietrich simply wasn’t cutting it and his average rating of 0.73 at the Major cemented that fact.

During this Winter break, Sprout dipped into the market and picked up Romanian sniper Adrian “XELLOW” Guță. The 22-year-old was again picked up from Nexus and has even played alongside Laurențiu “lauNX” Țârlea before joining Sprout. Adrian “XELLOW” Guță is an incredibly talented individual and will certainly improve this Sprout side. His time with ECSTATIC, as well as Nexus proves how much impact he can have and his time on ECSTATIC especially proves this can be done within an international side. The Romanian will make his debut with the German organization on the 17th of January in their first matchup in the ESL Pro League Season 17 Conference League, where Sprout will hope to qualify for ESL Pro League Season 17.

I expect Sprout will have an incredibly positive year with this new addition, Adrian “XELLOW” Guță will act as a wild card on the server, and he can turn a round on its head. It is interesting to see how Ismail “refrezh” Ali manages him and whether he will be able to get the best out of a truly talented sniper. 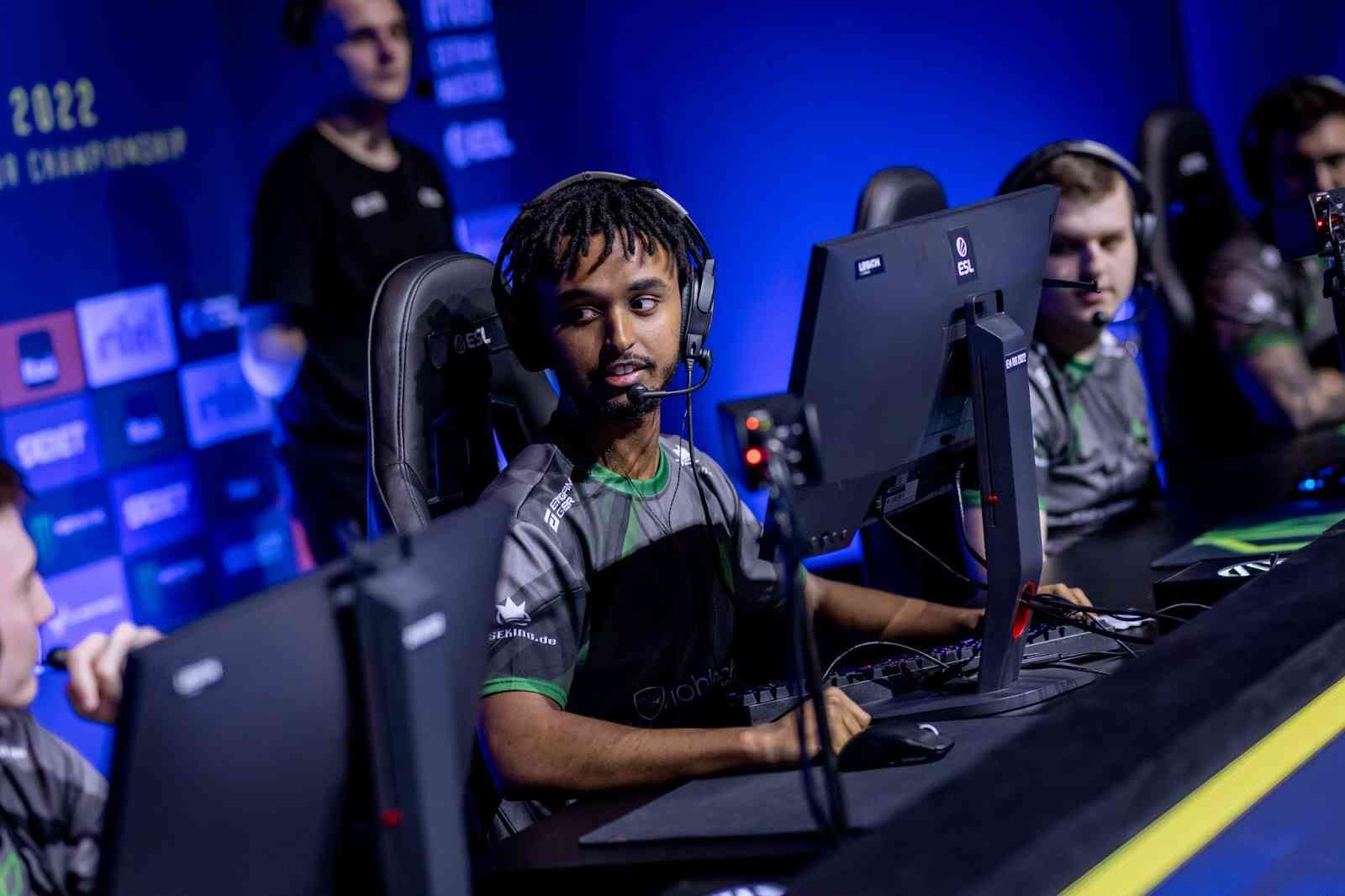 I expect Sprout will qualify for ESL Pro League 17, as well as fight for the ESL Challenger League Season 44 title. This new addition should hopefully boost their firepower and possibly aid their leap into the top fifteen. Sprout will also attend the IEM Katowice 2023 Play-In in late January. At this time, Adrian “XELLOW” Guță will have had plenty of time to bed in with his new team and if they manage to qualify for Katowice and have a strong result there, this year could really start to become something special for the German organization.

I do expect Sprout to have a good year this year. Their roster has a nice blend of youth and experience and under the guidance of Ismail “refrezh” Ali, I expect all of the players to grow into stars that may get moves to bigger organizations and bigger teams. If they stick together, this roster could challenge for a tier-two title and possibly even make Playoffs for a tier-one event.