When OG entered CS:GO in December 2019, there were high expectations for the organization. Fresh off of winning their second Dota 2 International in as many years, the Red Bull-backed organization promised to bring a new elite squad to Valve’s other flagship esport.

It feels slightly odd to say that almost three years later and with an entirely different roster, OG finally played their first Major in CS:GO at IEM Rio 2022. That Major also ended in disappointment, with the team failing to make it out of the Challengers Stage after losing to Fnatic, FURIA, and Vitality.

Despite their underwhelming Major, OG did have a couple of positive results in 2022, placing in the top four at both the BLAST Premier Spring and Fall Finals. Questions about the BLAST format aside, these results suggest some potential in the OG lineup. That being said, even with that potential, we predict that OG will face another year of disappointment in 2023.

The team enters the year sitting pretty at twelfth on HLTV’s team ranking, buoyed by their performance at the BLAST Premier: World Finals in Abu Dhabi to the end of 2022. It’s not their peak position, which is eighth for those wondering, but it feels like it’s their true ceiling. A team resigned to constantly shifting somewhere between the twentieth and tenth and hardly fitting for a team whose name is so closely attributed to success in Esports. 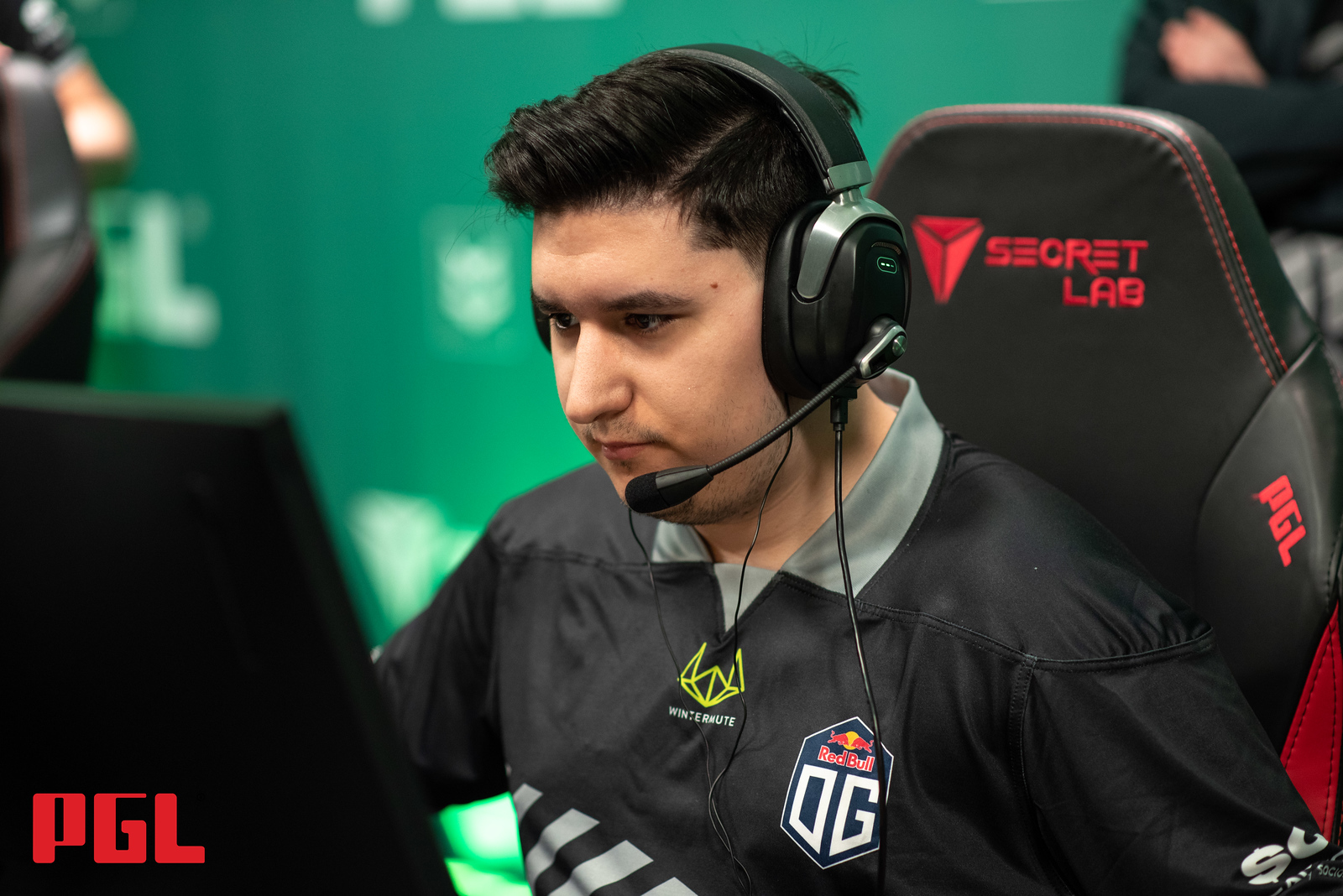 This isn’t to say that the current top 10 isn’t rife with solid teams. The elite level of Counter-Strike is so strong right now that even Mathieu “ZywOo” Herbaut’s Vitality finds itself just one place higher than OG currently does. Still, is this the level OG expected to be at when entering CS three years ago with French legend Nathan “NBK-” Schmitt, underrated Dane Valdemar “valde” Bjorn Vangsa, and Finnish talented IGL Aleksi “Aleksib” Virolainen?

Is it also the level that an AWPer with the talent that Abdul “degster” Gasanov should be at? Or should he be playing for a tournament-contending squad? Most fans of his would say he deserves better, but his signing for OG always was a signaller of the truth: there isn’t any room for him higher up the ladder right now.

The Russian sniper is one of two positives for this OG roster; he is one of the best AWPers in the world and can turn a game on its head and take control of a server. His 1.16 HLTV Rating in the past six months is the highest on the team, too, although that is a slight decrease in his 2022 overall, which is 1.19. 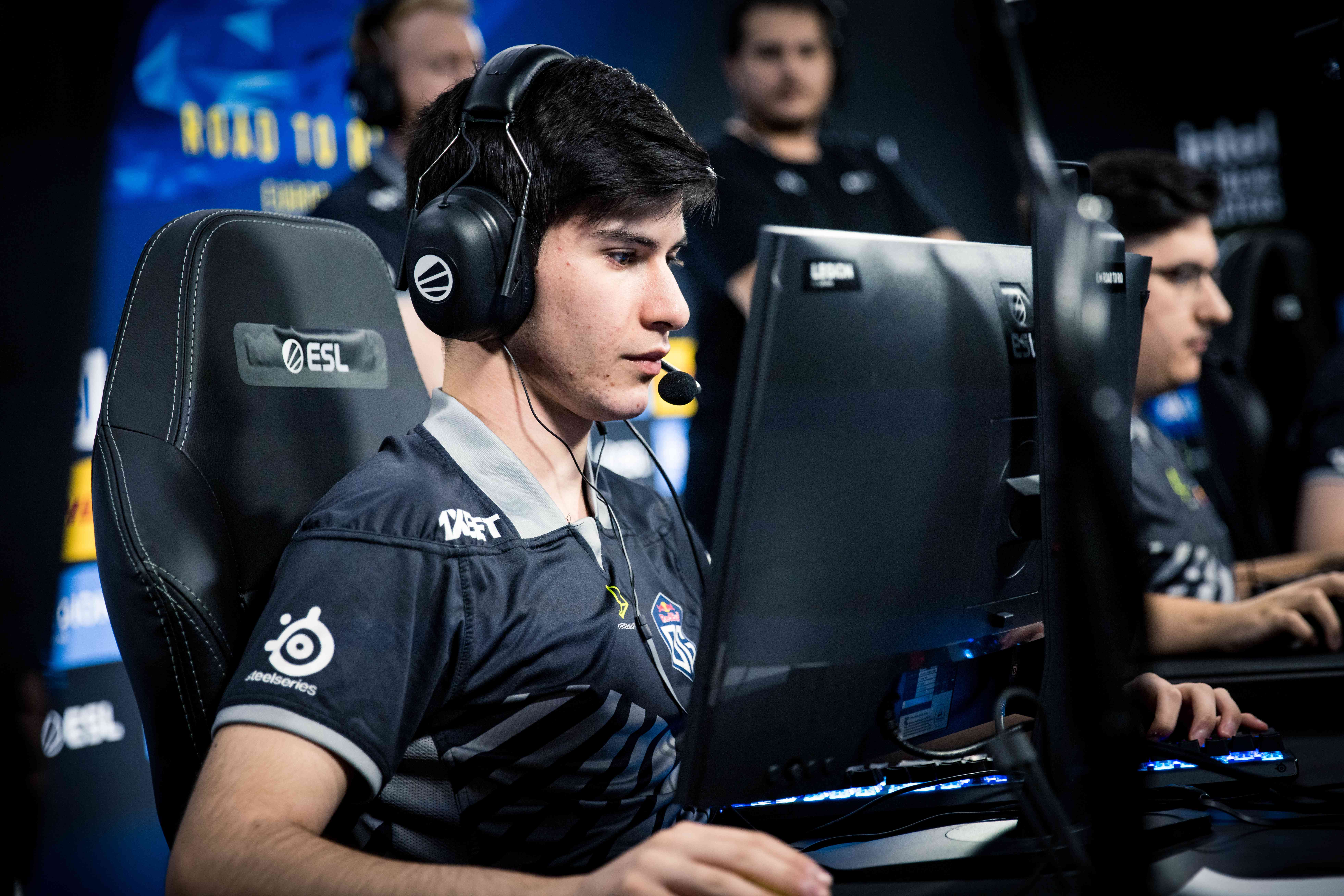 His impact rating also sits at 1.12, which is very high compared to other top AWPers. Outside of the elite quartet of Oleksandr “s1mple” Kostyliev, Ilya “m0nesy” Osipov, Dimitry “sh1ro” Osipov, and ZywOo, the only AWPer inside the top 20 with a higher Impact rating than him in 2022 was BIG’s Florian “syrsoN” Rische.

It’s clear then that degster is a top-class AWPer, which isn’t spoken about enough as a luxury for top CS:GO teams. Far better teams than OG can’t say they have an AWPer of his caliber, at least not with a straight face.

As previously mentioned, degster is one of two positives for OG, the second being Shahar “flameZ” Shushan, who signed from Endpoint in the first half of 2021. flameZ is one of many Israeli talents to light up Counter-Strike in the last couple of years. He is a stable rifler at a 1.11 HLTV Rating, and there can be very few question marks over flameZ’s ability to play at the very highest level.

However, unlike degster, flameZ isn’t without his caveats. One of the great misconceptions of Esports fans is that, like in most traditional sports, there is linear growth. Unfortunately for OG, in this instance, in Esports, this isn’t typically the case. The Israeli star may still be just 19, but now have a year and a half in tier one, he hasn’t gotten any better or worse than when he first signed for OG. It suggests he has both a reasonable floor and a respectable ceiling but also suggests he will likely never be better than he is right now. 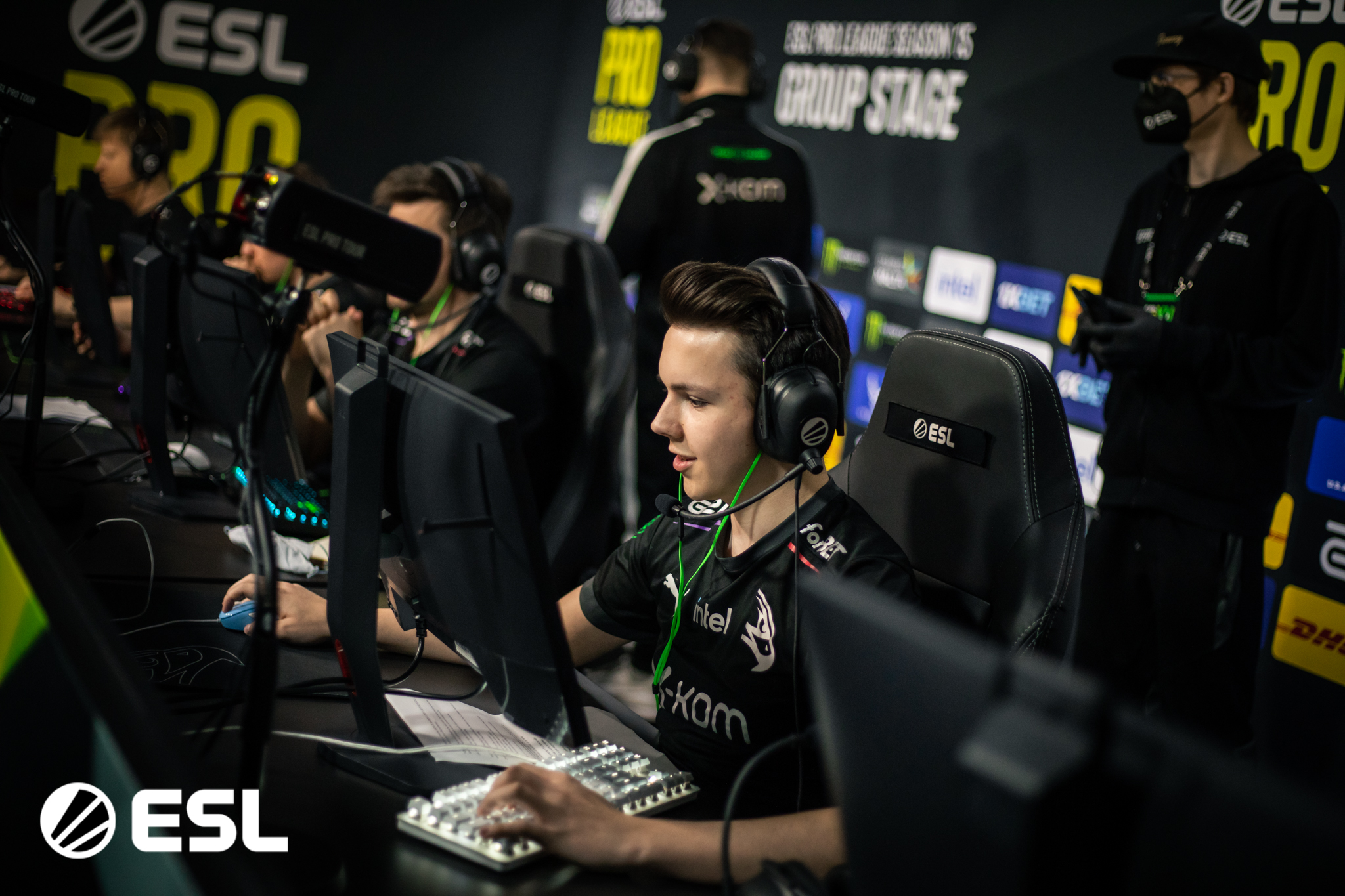 As we’ve already stated, flameZ is a stable rifler. A solid building block to line up next to degster. But his stability is also a false flag for OG; it means that the only true star in the OG lineup remains degster, and this is where their problems start.

Tier two masquerading as tier one

flameZ isn’t the only player OG has plucked from tier two. After reportedly being rejected by Justin “jks” Savage, the organization turned to Sinners and AGO to complete their roster following the departures of both their Danish riflers Valdemar “valde” Bjorn Vangsa and Nikolaj “niko” Kristensen. From Sinner and AGO, respectively, signed Adam “NEOFRAG” Zouhar and Maciej “F1KU” Miklas.

Starting with the Czech, it’s NEOFRAG that has proved to be the bigger disappointment. Once the star of SINNERS, NEOFRAG has completely failed to acclimatize to life in the upper echelons of Counter-Strike. His 1.18 HLTV Rating for 2021 with his former team has fallen to a measly 1.01 since joining the international side.

It’s the same story for F1KU too. While the Pole may have held lesser expectations for his performances, his 1.09 2021 rating has fallen to an identical 1.01 since his move to OG. 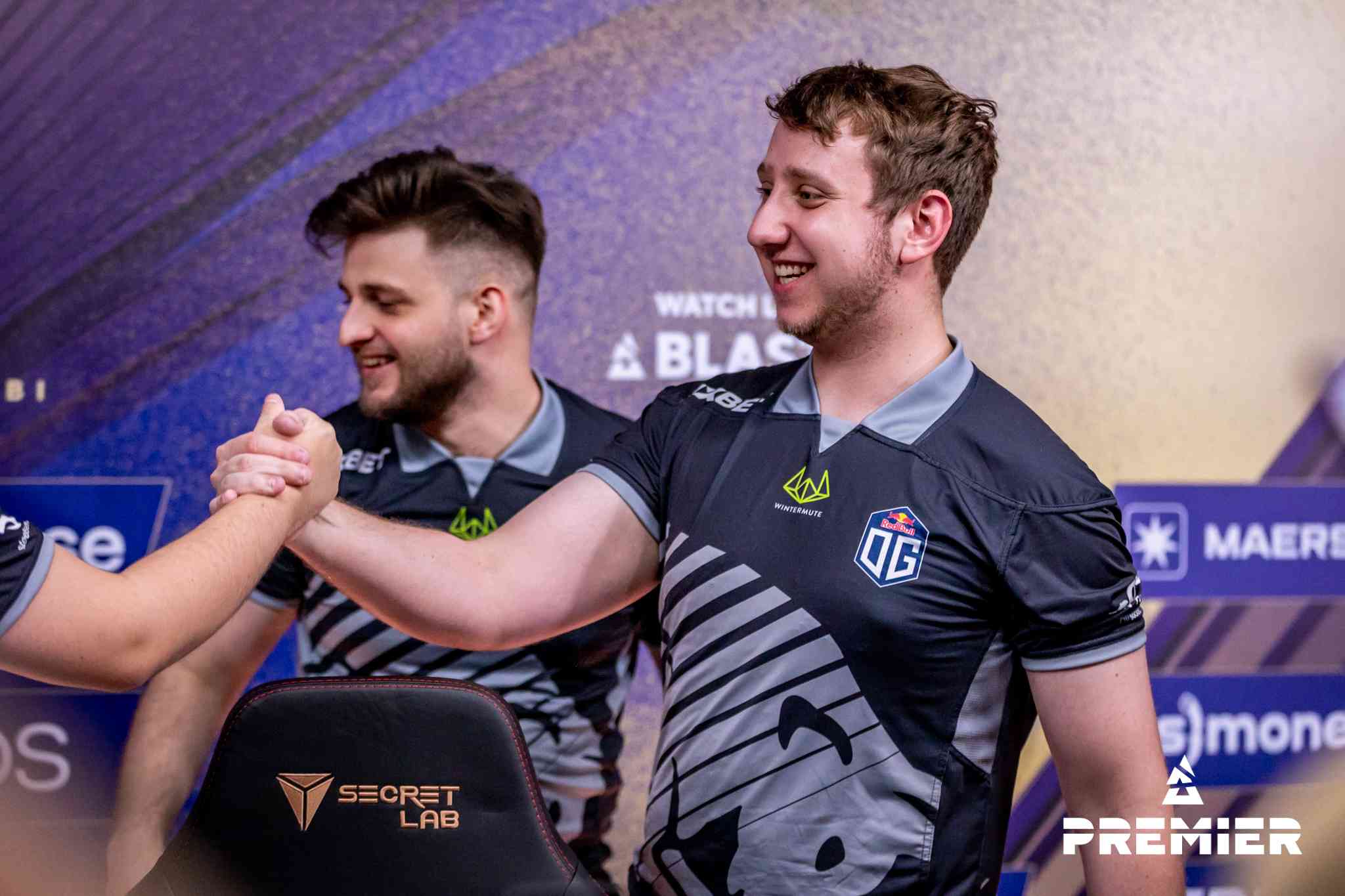 In an era where the top teams are constantly striving for more firepower, and the elite teams have at least a trio of stars, this means that OG is a far cry from being anything close to a top team. Barring the overperformances at the two BLAST events, and the off chance one of these two players reaches a so far unseen peak for an event, OG doesn’t have the fragging potential to compete with the teams above them in the rankings.

This is all without factoring in their IGL, Nemanja “nexa” Isakovic, the IGL, who isn’t particularly fond of the role. By IGL standards, his 0.99 HLTV rating isn’t even particularly bad, especially considering the poor performances of two teammates. But even with that in mind, how much faith can you have in an IGL who is resigned to being so, rather than doing so out of choice à la William “mezii” Merriman?

None of these factors are hardly conducive to a successful team. While there may be a star AWPer and a solid player to back him up, that’s where the positives end for this OG squad. Unfortunately, for an organization that promised so much, their team is just too lackluster to offer anything truly. Until that changes and they manage to put together a competitive team, OG will face just as much disappointment in 2023 as they did in 2022.