New rosters are off to a strong start, massive upsets, and big teams heading home early are the key stories to come out of the first day at the IEM Cologne 2022 Play-In.

The IEM Cologne tournament began today, starting with the Play-In stage. This stage involves sixteen teams fighting for the main event’s eight remaining spots. The day kicked off with eight best-of-ones with elimination and qualifying games that followed. To recap, the first day of play...

Both Heroic and Spirit came into Germany with a new addition to their roster - rifle player Jakob “jabbi” Nygaard and Ukrainian sniper Ihor “w0nderful” Zhdanov, respectively. Both high-caliber sides aim to make the Lanxess Arena; therefore, a strong showing at the Play-In is vital for their tournament campaign.

The revamped Heroic squad started with a best-of-one match-up against Sprout - one of the few German organizations present at IEM Cologne. Their bout fittingly went down in the parks of Berlin, on Overpass. The game was swift and finished 16-3 in favor of the Danes, with Jakob “jabbi” Nygaard having an excellent debut match. Only needing one more win to qualify for the main event, Casper “cadiaN” Møller’s men came up against the European outfit in MOUZ. The series went to the final map, with each team winning the other’s map choice and ended with a dominant performance on Nuke, seeing Heroic come out on top and gaining their berth to the main event. 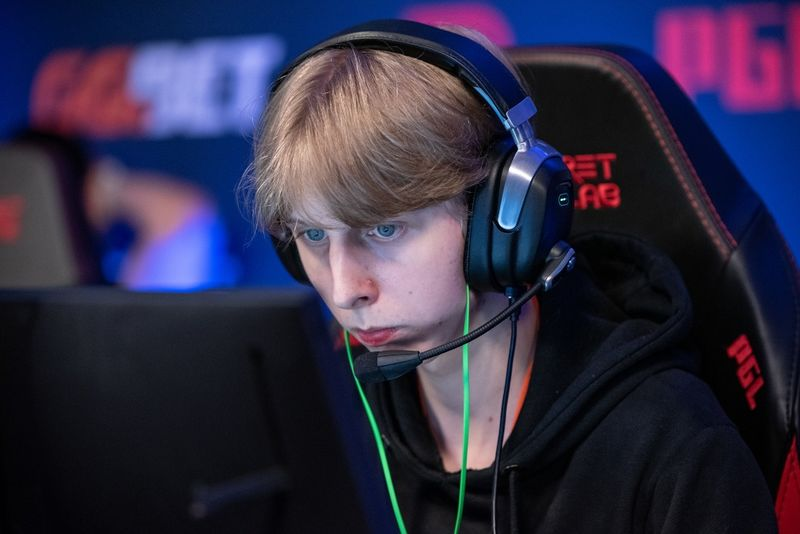 Leonid “chopper” Vishnyakov’s Spirit similarly started their Cologne campaign. Their initial match saw the Russian/Ukrainian squad square against the majority of North American lineup Complexity. They came head-to-head on the latest map in the pool - Ancient- with the latest updates. The Spirit side was a dominant match, winning 16-11. To gain their spot at the main event, they won the following game against the newly formed Brazilian side - 00NATION, who recently acquired three players from GODSENT. It was a tightly fought series, which saw each team take the other team’s map pick away from them. It concluded on Ancient, with Spirit making a monumental comeback to win the map. Ihor “w0nderful” Zhdanov had a good showing and was integral for their comeback on Ancient. It will be exciting to see how the young Ukrainian fairs at the main event.

Movistar Riders have been in some excellent form as of recently. The Iberian squad built upon their recent win at ESL Challenger Valencia 2022 and qualified for the main event here in Cologne. They began the day with a 16-13 win over MIBR on Ancient and then entered a promotion match against recent tier-one finalist Vitality. The Spaniards were underdogs in this head-to-head, but they surprised us all and took the series 2-0, winning Vitality’s map pick, Overpass, 16-4. This defeat was a massive blow to the French side, who were looking to build on their positive Grand Final appearance in Lisbon less than a month ago. Spanish sniper, Alvaro “SunPayus” Garcia was instrumental throughout the Vitality series. It will be interesting to follow the 23-year-old throughout the event to see if he can make a name for himself at the highest level here in Cologne… 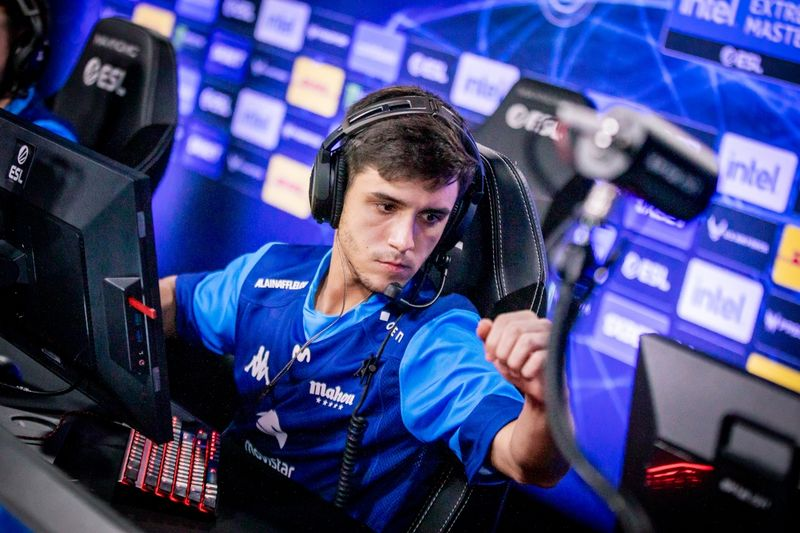 After the departure of both Mareks “YEKINDAR” Gaļinskis and Timur “buster” Tulepov, Outsiders entered the IEM Cologne 2022 Play-In with their new lineup containing David “n0rb3r7” Danielyan and Petr “fame” Bolyshev. Despite brief outings at the Roobet Cup and ESL Challenger Valencia, this roster is still very new, and therefore it was a shock when Dzhami “Jame” Ali's side became the third team to secure their spot at the main event. They started the day handily beating out the Brazilian veterans of Imperial and followed that up with a 2-0 victory over home favorites BIG. The loss came as a huge disappointment for the Germans, having just won the Roobet Cup over world number one FaZe just one week ago.
Complexity bow out in last place -

Increasing their losing streak to ten, the Dallas Cowboys-backed organization faced another last-place exit today, following their 2-0 defeat to Astralis. They started their Cologne campaign head-to-head with Spirit, where they fell 16-11 on Ancient. A shock loss for the Danes of Astralis in the early best-of-ones set up an elimination match between Lukas “gla1ve” Rossander’s men and the North American squad. They fell victim to Astralis and again exited a tournament plum last. This is incredibly disappointing and surely means roster changes are on the horizon for Jason Lake’s American project.

An early scare for Astralis

Given the pedigree of Lukas “gla1ve” Rossander and Andreas “Xyp9x” Højsleth, you do not expect to see them entering a tournament through the Play-In stage but in 2022, this is the reality. The four-time Major winning organization suffered an early loss at the hands of Marcelo “coldzera” David’s 00NATION, which had fans worried that their squad might not make the main event. The current iteration of the Astralis Counter-Strike division has not been finding much success, but this would be a new low for the lineup and certainly cause some sort of change within the roster. To every Danish Counter-Strike fan's delight, Lukas “gla1ve” Rossander’s squad won their elimination game against the equally struggling Complexity. Tomorrow they will face BIG, who will be desperate to make their home event. I certainly see a world where the star-studded Danish outfit does not make the main event here in Cologne. 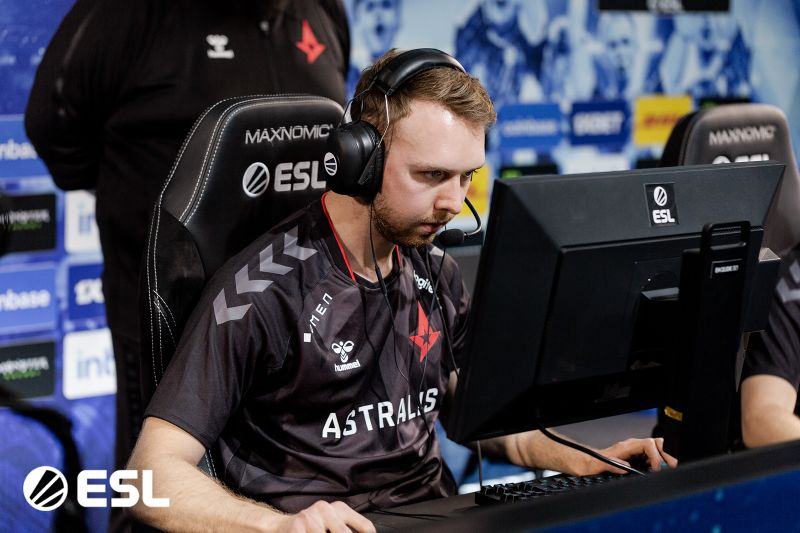 Other stories to follow into the second day of action

Sprout were victorious in their elimination match against paiN earlier today, which sets up a deciding game against Vitality tomorrow. The German organization will be looking to upset the BLAST Premier Spring Finals finalists in order to gain their place in the main event in their backyard.

MOUZ has been struggling for most of 2022, and the once championship contenders could be facing a Play-In exit here in Cologne. Tomorrow, they will face the winners of the TYLOO/MIBR, and a dominant win would give the European squad some much-needed confidence to take into the flagship tournament.

The Australian side ORDER face Gabriel “FalleN” Toledo’s Imperial tomorrow in an elimination match. Brazil’s “Last Dance” will look to repeat their Major heroics and lay waste to the team from Down Under. This victory would set up an Imperial/00NATION match-up, which would see Brazilian legends Fernando “fer” Alvarenga, Lincoln “fnx” Lau, and Gabriel “FalleN” Toledo take on their fellow ex-SK members in Marcelo “coldzera” David and Epitacio “TACO” de Melo. These players achieved so much as a five-man unit, and therefore this game, to decide a place in Cologne, would be one for the ages.

It would be crowd-favorites, and ESL One Cologne 2018 Grand Finalists BIG could face elimination on day two of IEM Cologne 2022. They will be facing the most successful organization in all of Counter-Strike - Astralis, a team that, for their standards, has failed to find success in Cologne. The two teams will face each other for a spot in the main event, a match where I expect the Germans to play their hearts out and take it to the Danish squad.