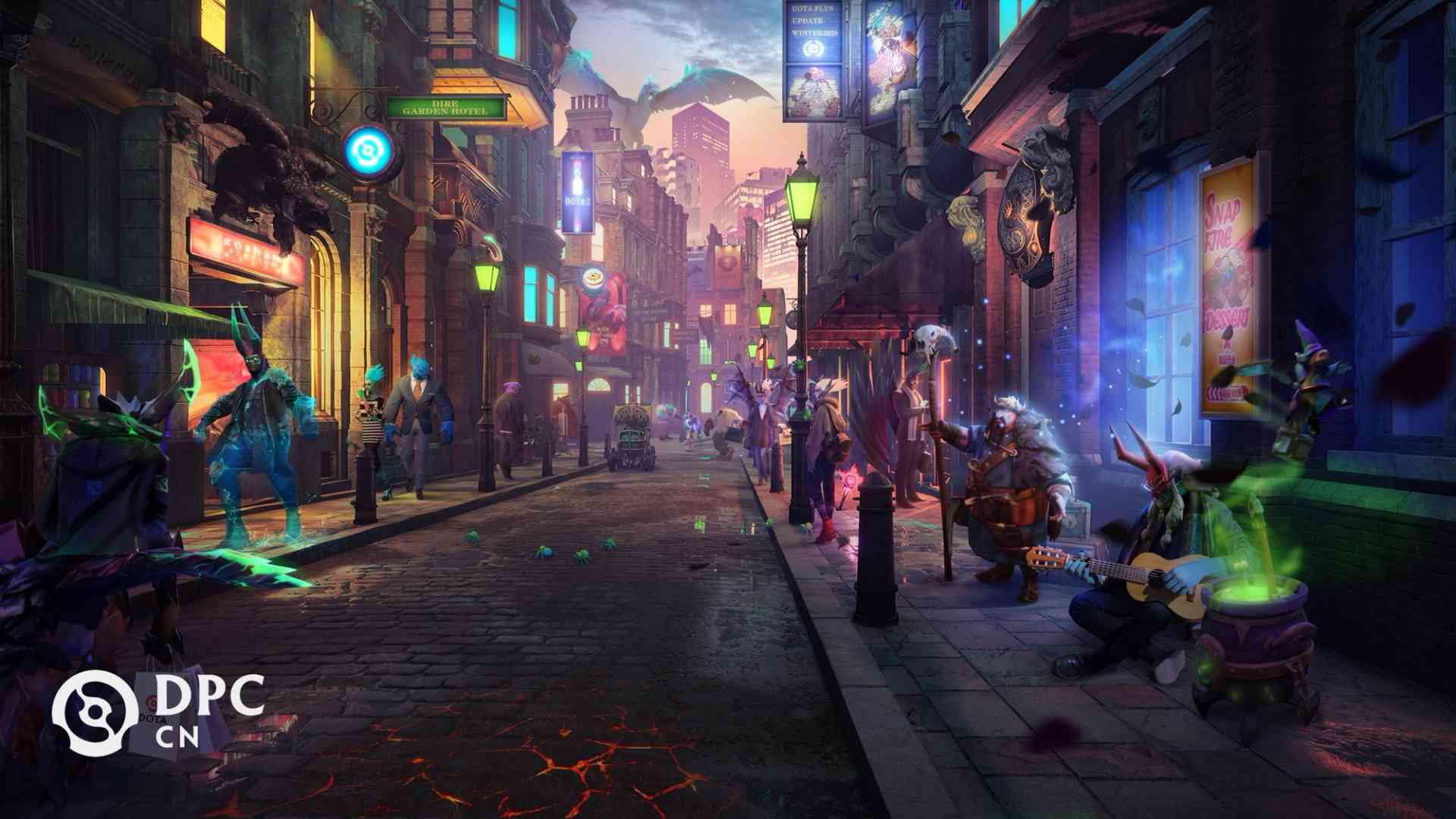 The Chinese Dota 2 region is consistently among the most action-packed ones. Even though PSG.LGD dominates its opponents; every other team can explode at any minute. Hence, some matches are unpredictable and, thus, more interesting to follow.

Speaking of matches, Tour 2 of the 2021/2022 DPC in China started last week. Unlike Tour 1, where the region had to wait for a month until the teams could play against each other, Valve decided to offer a similar format to the one found in places like Europe and NA. This means we will have six weeks of excellent matches.

The most exciting clash in Week 1 was between PSG.LGD and Vici Gaming the two Chinese powerhouses. This was a three-game series where we saw tons of action, especially in the first and second games. LGD dominated their opponents in the decisive game and won the match.

With that being said, Week 2 allowed us to watch a couple of exciting matches. Some deserve more attention, so let’s check them out.

Vici Gaming vs. Royal Never Give Up

The first match of the week turned out to be more compelling than many anticipated. RNGU is one of the teams that impressed its fans in Tour 1, so people expected it to shine. However, it had the uneasy task of defeating the powerful Vici Gaming.

Although it was not easy, Lu "Somnus丶M" Yao and co overcame their opponents. Game one was dynamic because both teams tried to secure themselves a good start to the game. Vici Gaming’s draft included Ursa and DK, and these two heroes had to deal with AM and Invoker. Since RNGU’s draft was better for the late game, Vici tried to take as many fights as possible early on.

Although they succeeded in the first couple of minutes, RNGU quickly bounced back. The Chinese team even secured a solid 3k net worth lead early on. This gave their Anti-Mage enough space to get the item he needed. Speaking of items, Ursa made an exciting decision to get a Battlefury so the hero could catch up to AM. This did not work because RNGU’s lead increased even more. With more than a 7k net worth lead just 20 minutes after the start of the game, Somnus and the rest won a critical game.

After the loss, Vici Gaming tried to pick a slightly different draft by getting OD instead of Ursa. OD is an excellent hero against Morphling, RNGU’s choice for the mid-lane.

Although things looked good on paper for Vici, the team could not take advantage of their draft. RNGU outmaneuvered their opponents, which put their WK and Morphling in a perfect position.

Vici tried to keep up with RNGU’s cores as much as possible. Their Lifestealer had a lot of items, but OD was not as strong as he should’ve been. This allowed Maybe’s Morphling and Wraith King to rip through their opponents and let Royal Never Give Up to win an essential series.

After PSG’s successful first match in Tour 1, the best team in China had to go up against none other than EHOME. The latter is notorious for being one of the most strong teams in the region. Thanks to players like Guo "shiro" Xuan'ang, EHOME is always capable of upsetting its opponents.

In the first game of the series, EHOME picked Ember, Gyro, and TA, three heroes that have proven themselves in the last couple of months. LGD also had a good draft because the Chinese powerhouse had Medusa, Storm, and IO.

As expected, the game was relatively slow because both teams tried to get their first items as soon as possible. Still, IO allowed PSG to win most of the early-game skirmishes, which gave Storm and Medusa a slight lead. However, TA’s farm and Ember’s kills kept EHOME in the game.

Sadly for EHOME, the game was not going well for them because Medusa was becoming stronger and stronger. The hero was too “fat” to be killed, especially when she has IO ber her side.

LGD wanted to win this series as fast as possible, so the team picked TA and Kunkka. EHOME saw their opponents would focus on the mid-game, so they picked Medusa to delay the game as much as possible.

Although the team did pretty well in the first couple of minutes, LGD’s Kunkka and TA were too strong. Both heroes had a fantastic game and started snowballing early on. This allowed LGD to accumulate a comfortable 6k net worth advantage just 13 minutes after the start of the game.

Xu "Echo" Ziliang and his Dusa tried to fight as much as possible, but the team did not have enough damage to bring down LGD’s squad. Despite the epic team fight combo, EHOME could not defeat LGD and lost this series.

Royal Never Give Up vs. EHOME

The last interesting series to watch in China was between RNGU and EHOME. The latter lost their previous match against LGD, so they had to win this to save their chances of getting the slot for the Major. Sadly, this didn’t go well for Echo and the rest.

EHOME’s draft in the first game was strange because they had heroes that allowed them to push. At the same time, they also had Morphling, a hero known for its late-game potential.

RNGU’s lineup was deadly despite the unorthodox draft because they had Void and Invoker. Chronosphere + Void’s ultimate always do wonders, and the Chinese powerhouse utilized it to its full potential.

While it's true that EHOME gained a solid lead early on, Royal Never Give Up lived up to its name. The team didn’t drop its guard and bounced back after several mistakes from EHOME’s lineup. Despite the big lead, Lin "planet" Hao and the rest could not use it properly and lost the game.

The victory in game one gave Royal Never Give Up enough confidence to pick some of their best heroes, including Void. On the other hand, their opponents picked a deadly draft with Magnus, Razo, Luna, and Ursa. This greedy lineup doesn’t do much early on, but it can easily win the game once the late game arrives.

Sadly, EHOME’s pos 4 Luna did not pay off because their opponents gave them no chances. Void, DP, and Mars were brilliant. The three heroes used their ultimates perfectly and gave their team a definite advantage. Slowly but steadily, RNGU pushed their opponents and forced the GG call 30 minutes after the start of the game.