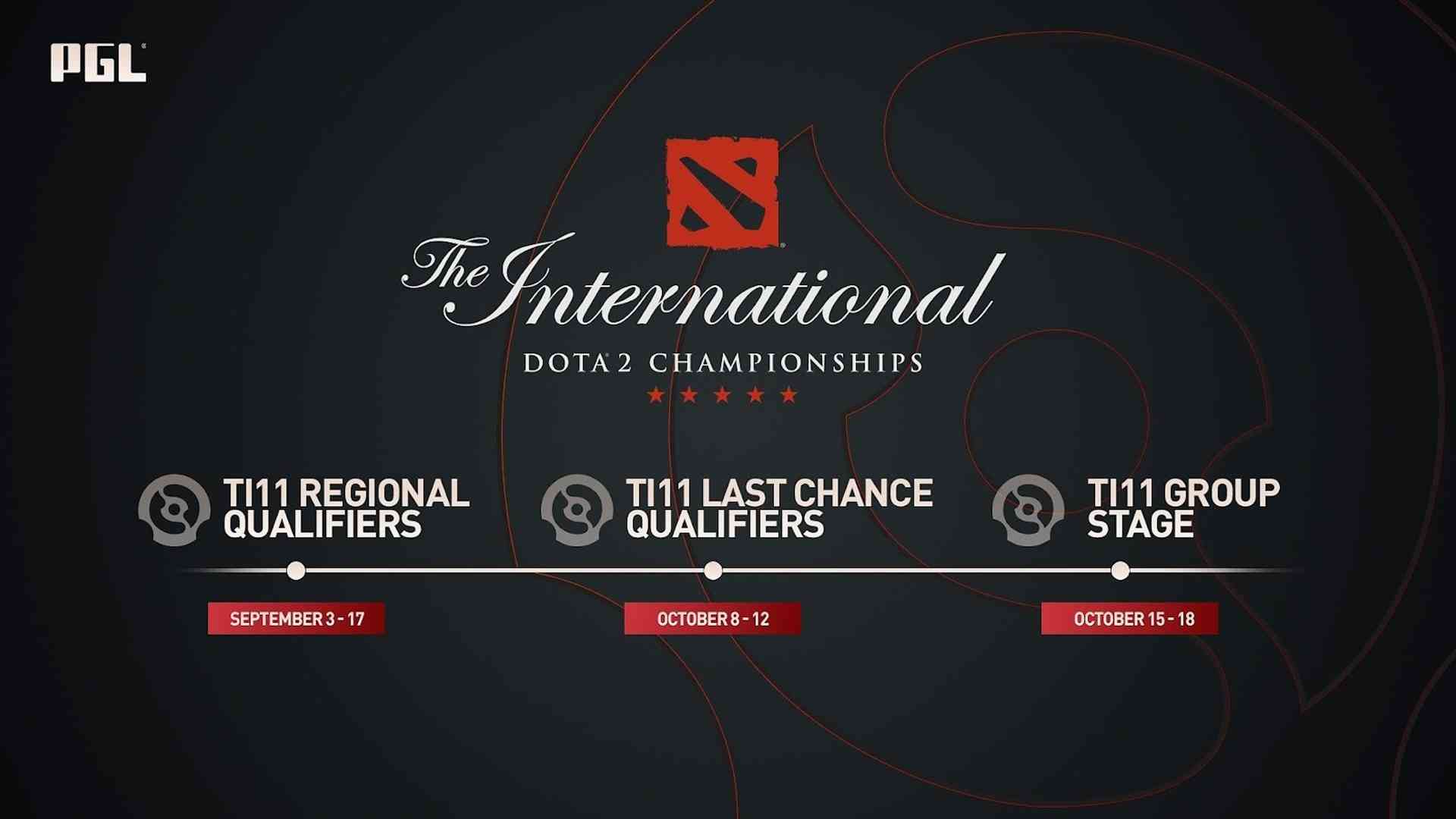 The Last Chance Qualifier began a couple of days ago, and it already offered us loads of amazing games. As you probably know, the top 2 teams in this event will receive the last 2 slots for The International 11. Speaking of the devil, Dota 2’s biggest tournament will take place in just a few days. 20 of the best teams in the world will gather in Singapore and fight for the gigantic prize pool.

Although we already know the names of all 18 teams, we are yet to learn which will be the two clubs that will head over to Singapore. There are still 2 days left until the end of the Last Chance Qualifiers. That said, we already know what happened in the Group Stage and Day 1 of the Playoffs, so let’s go over some of the action.

There weren’t many surprises in Group A, even though nouns didn’t live up to the expectations. We thought the NA team would have no problems finishing in the Top 4. However, the team made a lot of mistakes against some of the other big names, which is why they finished 5th.

Speaking of surprises, Natus Vincere proved yet again that the team is on the path to success. Even though they had to go up against some of the top teams in other regions, Na’Vi finished first in the group. The team got a draw against Vici, Secret, and Polaris and won against nouns and Tempest.

Team Secret and Vici Gaming also didn’t disappoint their fans, even though the European team barely made it. Despite the strong start, Secret got four consecutive draws, which put them in a difficult position. Fortunately, it was enough for Puppey and the rest to be in the top 4.

Unsurprisingly, Polaris also made it after winning two series, securing two draws, and losing one match. Those who’ve followed the SEA Dota 2 scene won’t be surprised because the team has proved it is among the best in the Regional Qualifiers.

Unlike in Group A, the second group of the Open Qualifiers didn’t surprise us at all. Although some fans thought that Infamous would do well against the top-tier clubs in the world, the South Americans, as well as Wildcard Gaming, didn’t win a single series. Hence, they finished 6th and 5th, respectively.

Team Liquid impressed us with its dominant performance and proved why the team is one of the big favorites. The Western European squad defeated T1, WG, and VP, which was enough to secure first place in the group.

Although Liquid was impressive, Xtreme Gaming was also on another level. Despite the Chinese’s loss against T1, Dy and the rest won two matches and secured two draws. The 2-2-1 stats secured them the second spot in the group.

Even though it wasn’t easy, Virtus.Pro and T1 also secured a top-4 finish in Group B. There were some doubts about whether these two would get there, but the draw in the last match allowed both to secure a slot for the Upper Bracket.

After the end of the Group Stage, it was time for the Playoffs. Unsurprisingly, the stakes were quite high because every loss (especially in the LB) means that a given team will miss out on the chance to qualify for TI.

R1 of the Upper Bracket allowed us to watch some of the matches we were eagerly waiting for. It all started with the series between Na’Vi and T1. Everyone expected the CIS team to have no problems, but this wasn’t the case. Even though Na’Vi won the first game, Undying, Morphling, and Tuskar prevented their opponents from winning and sent them to the Lower Bracket.

Speaking of Lower Brackets, Xtreme Gaming also found themselves there after failing to win against Team Secret. To be fair, this series was fairly one-sided, even though the Chinese won the first map.

Secret had the lead, but the Chinese Terrorblade eventually became too strong and won the map after one hour of play. Fortunately, this didn’t affect Puppey and the rest, who were eager to prove they were the best. The next two games were relatively easy and the Western European team advanced to R2.

After their shaky performance in the Group Stage, people were eager to see whether Virtus.Pro has what it takes to go up against Vici Gaming. The answer is yes because gpk and the rest defeated their Chinese counterparts.

Following the first game, which went in favor of Vici, VP won two very long and hard matches. The first one was more than 1 hour long, whereas the second one lasted for over 50 minutes. We had the chance to watch tons of action in both, but in the end, VP was stronger and won.

After Team Liquid’s dominant results, everyone expected MATU and the rest to defeat their SEA counterparts. While it is true that it wasn’t easy because Polaris won the second game, Liquid was the better team.

Shadow Fiend and Pudge gave the EU squad an easy win in Game 1. After losing the second map, Liquid picked one of their cheesy drafts and used it against the deadly lineup from Polaris. Despite having Enigma, Sven, and Silencer, Force and the rest didn’t win and were forced to fight in the LB.

Although the first day of the playoffs was mainly about the Upper Bracket, we also had the chance to watch a few matches from the Lower Bracket. The first one was between Na’Vi and Tempest, and, as expected, Na’Vi won.

Tempest tried its best in both games, but the South American team was not on the same level. Sadly, this loss means we won’t see them in Singapore a few days from now.

Everyone expected Xtreme Gaming to have no problems against its South Americans, but this wasn’t the case. The Chinese lost the first map and had a horrendous start in Game 2, which required them to step up their game. Fortunately, the Chinese squad gained a solid lead after the mid-game, which allowed them to bounce back and force a game three.

After winning the second game, Xtreme Gaming was determined to take the series in their favor. As a result, the team had no problems in the third encounter and eliminated their opponents from the event.

Just when we thought that nouns would be able to bounce back, the team had the back luck of facing none other than Vici Gaming. Unsurprisingly, the Chinese team was motivated to win, which is why they dominated both games.

Nouns tried using two interesting drafts, but none of them worked. Vici Gaming used their Morphling and Puck setups that allowed them to dominate in China. As a result, the team eliminated the NA squad after two games of 31 minutes each.

The final match of the day in the Lower Bracket was between Polaris Esports and Wildcard Gaming. Almost everyone expected the SEA squad to have no problems, but in the end, their opponents were the better team.

Polaris used an intriguing draft that allowed them to take advantage of Tidehunter, Lina, and Undying in both games. WC Gaming, on the other hand, used two completely different drafts. Even though both games weren’t easy, the NA squad eventually won and eliminated their opponents. The next step ahead of them will be Vici Gaming.

Following today’s action, we expect six epic series tomorrow. T1 will have to go up against Team Secret, whereas VP will have to play against Liquid in the Upper Bracket.

As for the Lower Bracket, Na’Vi will have a mountain to climb in the face of Xtreme Gaming. The same applies to WC, who will have to go up against Vici and the winner from the above-mentioned clash.

Stay tuned to BLIX.GG as we bring you more of the highlights from TI 11's Last Chance Qualifier.