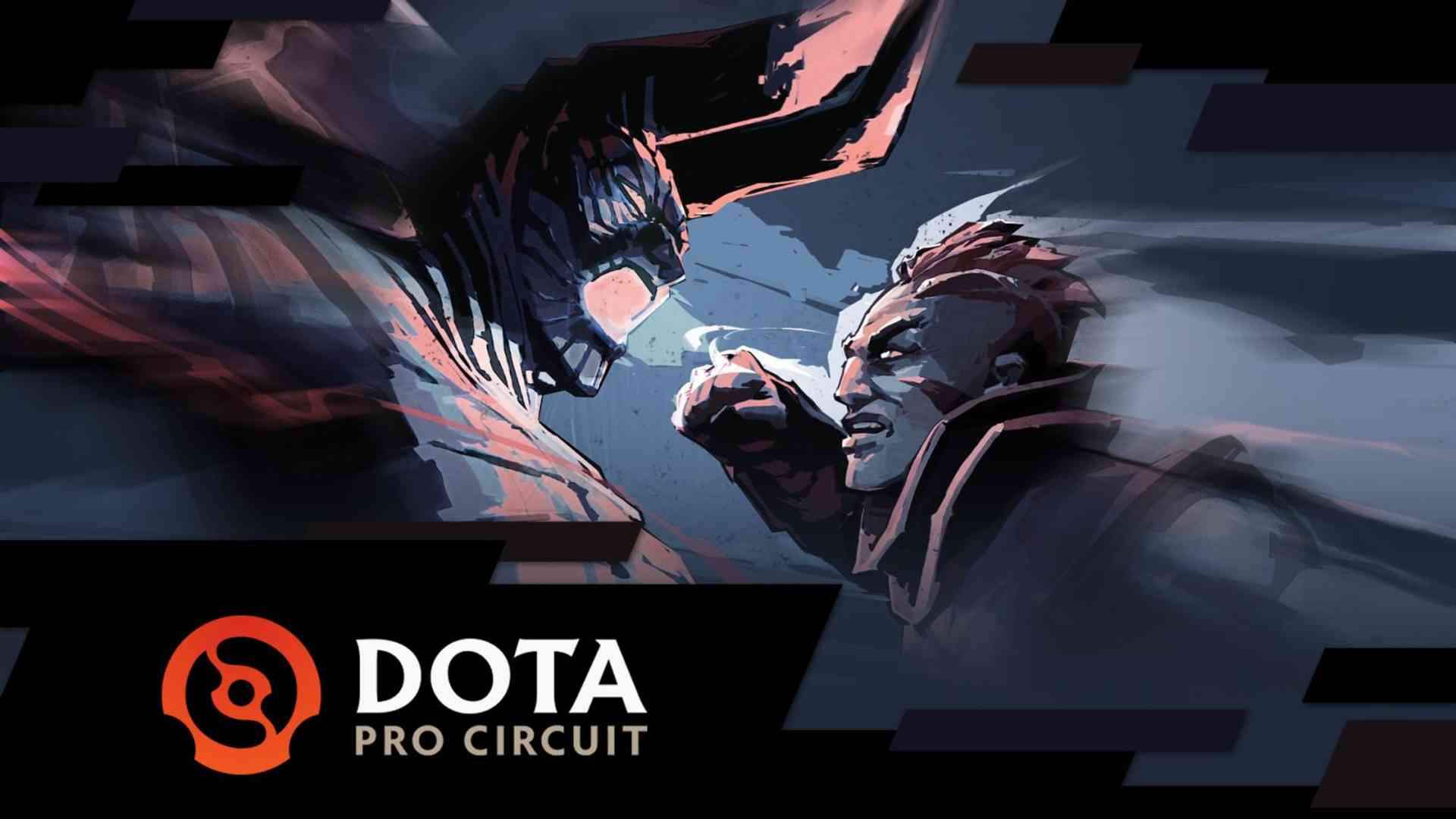 Yet another DPC Summer Tour week passed, and yet another is coming! And if you don't know or can't decide which match to watch in Dota 2 this week, we're here to help.

In case you missed the first week, here is a summary of the most interesting results:

Well, now about DPC 21/22 Summer Tour Week 2! This time the schedule is much more interesting, so let's carefully study the upcoming matches, which will be held from 14 to 19 June. Shortly, the five biggest meetings of Week 2: EEU title contenders meet, two SEA clashes, no China, Revenge of the Tundra, and North America's greatest battle. 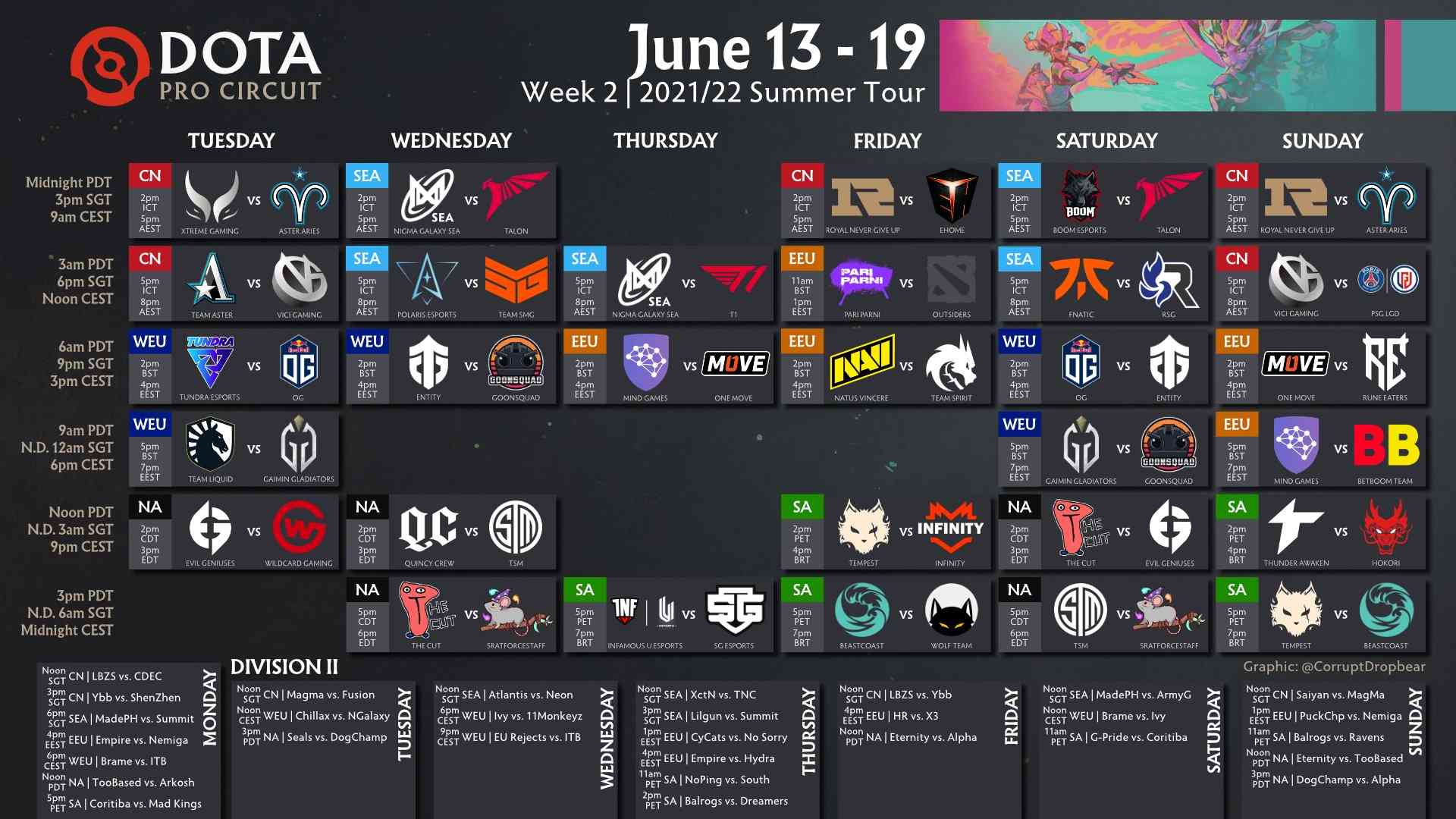 Why: Tundra would want to take revenge on OG

After OG dealt with Team Secret without any problems last week, here comes one hell of a test for them: Tundra Esports will clearly be focused on winning because of the desire to avenge the Stockholm Major.

As it seems, Misha's return to the team went very smoothly, and OG is calm and confident. So, this match will be the first serious quest for Sneyking's team. It is difficult to predict how things will go, but judging by the current form, OG is just unstoppable, and Tundra will need a lot of luck to beat them. Still, it's possible, so we highly recommend watching it!

It's now or never for Quincy Crew. TSM, although they are in great shape and mood, now may have a little lack of motivation since they have already been granted a ticket for TI2022 in Singapore. And this gives Fata's team a great chance of winning and, accordingly, getting high places on the table. So they will be charged to win, that's for sure.

Why: T1 has to bounce back against a strong opponent

This match can be very interesting for two huge reasons. First, T1 needs to come back after an embarrassing loss to RSG. If the team is going to get to the Major, they need to pull themselves together. Secondly, Nigma Galaxy SEA is in good shape now, thanks to constant matches at third-party tournaments. And in general, the team played well and looks great.

It's going to be a treat.

While all the other teams in the Eastern European region are just getting in shape, NAVI looks powerful and confident. Of course, they've played a bunch of third-party tournaments, and their offlane looks intimidating: Sweden strong and laise have done a great job, played well, and are ready to shine at the Major. NAVI already managed to play two matches last week and looked very good, so that this match will be a real test for Team Spirit.

At the same time, there is no doubt that Team Spirit is the leading contender for the first place in the league. They're still a very strong team, the same that won TI2021, and a victory over NAVI can secure everything in advance. However, it is difficult to predict the result of the match because obviously, NAVI looked very promising last week, yet the current Aegis holders aren't that easy to play against.

Why: Clash of strongest SEA teams

As we saw last week, Talon Esports are fully equipped to compete for the Arlington Major in Texas. This team is confident and wants to win. At the same time, BOOM Esports is one of the strongest teams in the region, and they will not give up just like that. For Talon, this match will be a test of strength and the first step into the elite, while BOOM has to keep the face. Yet another SEA treat!