Team Vitality's CS:GO player Peter "dupreeh" Rasmussen has become the first CS:GO pro player who earned more than $2 million in prize money from tournaments. After winning at the ESL Pro League Season 16, he has earned $2,014,331.

According to Esports Earnings - another Dane from Astralis - Andreas "Xyp9x" Højsleth, is breathing down his back with $1,975,880. Rounding out the top three was Nicolai "dev1ce" Reedtz (also a Dane, rumored to be returning to Astralis) with $1,921,332 in prize money.

In fourth place is another Astralis teammate Lukas "gla1ve" Rossander with $1,828,042. And only in fifth place Oleksandr "simple" Kostylev, a Ukrainian from Natus Vincere, with $1,663,722 adds variety to this squad of Scandinavian moneybags. 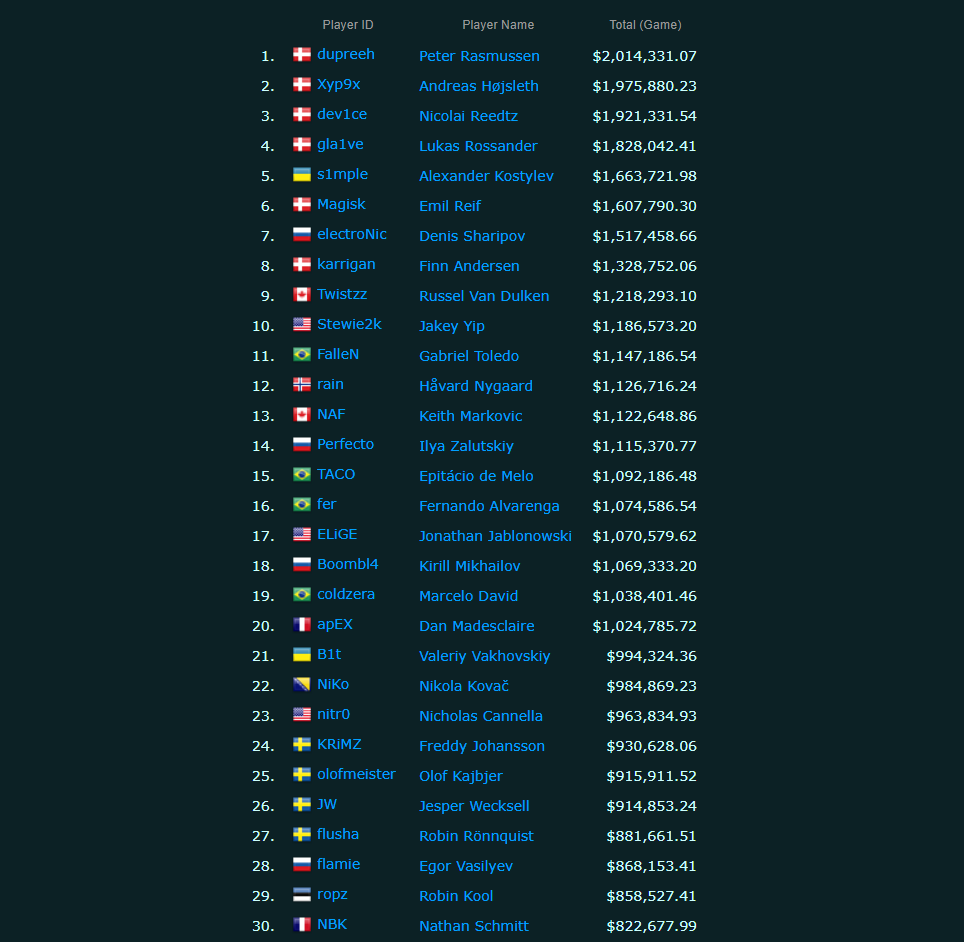