EG Rigby: "Every team will have to adapt to any situation that happens and Kaori replacing Danny is just one of those situations for us.”

Despite receiving defeat in their opening match of the 2022 League of Legends World Championship Play-In stage, Evil Geniuses bounced back in grand style by going 2-0 in the second day of play.

With victories over Brazilian representative LOUD and PCS second seed Beyond Gaming, North America's third-seeded team have reignited their campaign towards advancing to the group stage.

Of the many people closely observing EG's Worlds 2022 run is Han “Rigby” Earl, the team's head coach who was appointed to the job before the summer split after initially joining as an assistant coach. This marked the first time since 2020 that Rigby became the head coach of a major region team, with the previous occasion occurring with Afreeca Freecs.

With Rigby leading the way, EG continued their great form through the LCS and into Worlds as a major contender in the preliminary phase.

Following EG's 2-0 outing in the second day of Play-Ins, BLIX.GG spoke to Rigby to discuss the team's performance against LOUD and BYG, how the team has readjusted themselves with Kaori as the new AD Carry, his career overall, and more.

Pedro Romero, BLIX.GG: Thanks for taking the time to do this interview, Rigby. From losing to Fnatic in the opening match of the Play-In stage, your team has gone on to win their next two games. How did you view the team's performance tonight after Day 1?

Han "Rigby" Earl: Yesterday, there was [sic] massive COVID false tests. Me and Vulcan had to compete from the hotel and while in the process of doing so, there weren't enough Riot staff to help us. Additionally, the communication with the team was really unclear so it was tough for everyone to be on stage. But for today, we did another test and they were false positives. As soon as we got together to play in the stage, we were just playing as we should. I definitely saw progress even though there are areas where we can do better.

BLIX: What are those areas in which you feel the team can improve on in subsequent matches that you've seen tonight?

Rigby: I'll just give one example from the games we played. In the first game against FNC, we decided to dive bottom lane, but at the same time, when we noticed that MF was basing on their turret, we assumed that Graves was going to have to top side and we then could have chosen to dive top because then it'll be really favorable for us because we got the lane prio pics. For the second game, we saw MF and Amumu on mid trying to hit level six but our comms were like, 'Okay, they're separate so we should engage right away' when we should have thought about killing Viktor instantly if he was overstepping. On the other hand, we should think that the enemy players were going to hit level six so we shouldn't hit Rift Herald anymore.

Today, I think the Aphelios pick was really vulnerable so Thresh had to be behind him all the time, but at the same time, when we grouped up and push them to their turret and saw a majority of them, we could have gone into the enemy jungle towards Vi because that's the only big threat for Aphelios. And then after detecting Vi, we could have snowballed way faster but that happened too late because I saw one or two earlier windows. It was just those types of things are the areas that we can do better.

BLIX: One of the big storylines that has been following your team in the lead up to Worlds is the fact that you guys had to work with Kaori in place of Danny as a result of the latter taking a mental break. How much of an effect has Danny's absence played into EG's preparation for this competition?

Rigby: Honestly, we weren't dwelling too much on Danny because as soon as we found out he couldn't play anymore with us for the rest of the season, we tried moving on. We also thought Kaori is good and he could be even better internationally because his laning phase ability fits with the more advanced stage. Of course, the time we spent on practice had been used way more with Danny and it would've been really great if he came, but at the same time, despite having limited practice, we are trying to get to know how Kaori wants to win games. We're in that process but I don't think needing more time is going to be an excuse because every team will have to adapt to any situation that happens and Kaori replacing Danny is just one of those situations for us. 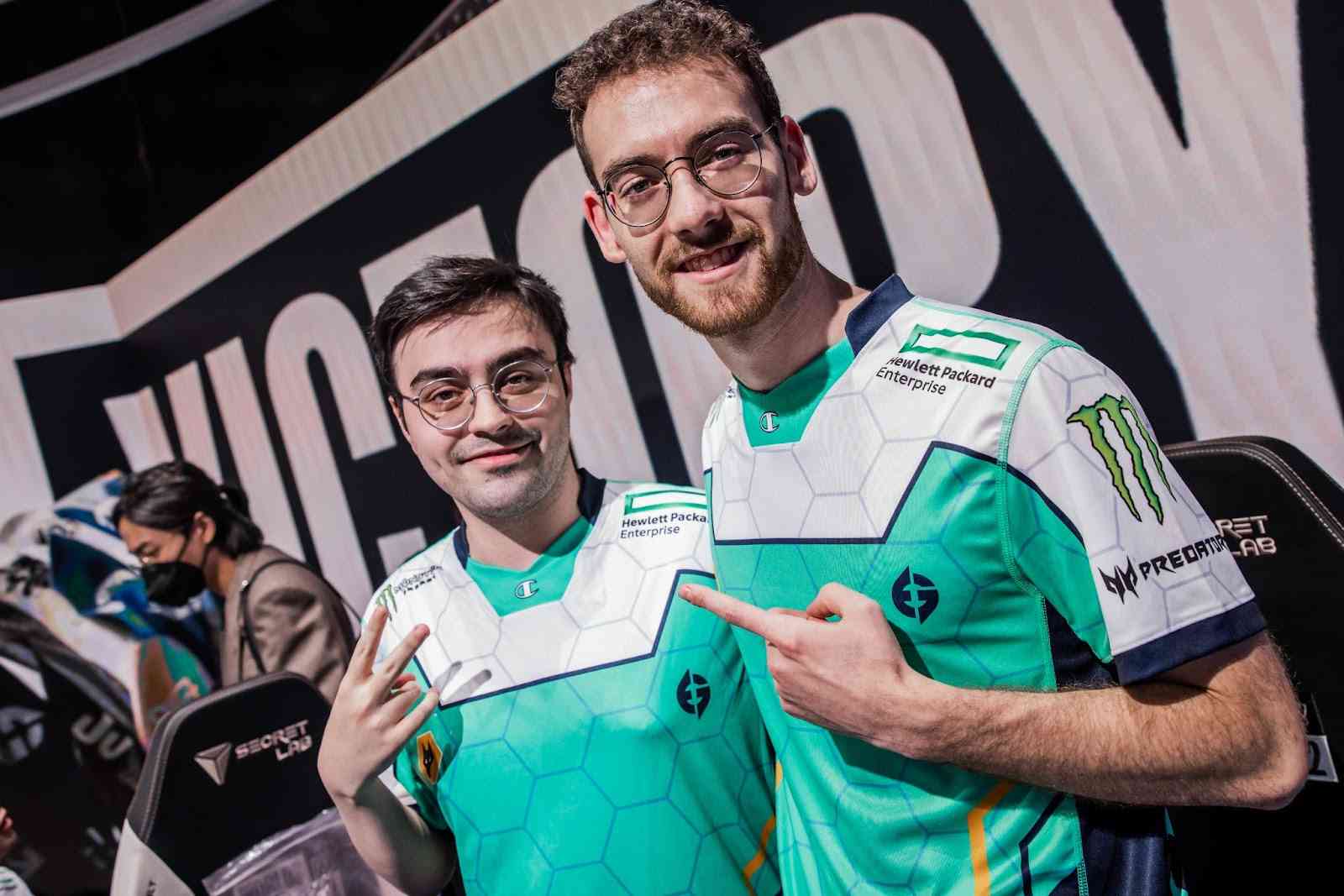 Rigby: In terms of early game, when we were playing with Danny, it was mostly about how to neutralize the early game and play until he or another teammate has a power spike so we play from that point. But with Kaori coming on, Vulcan's strengths in terms of laning can now be showcased from the practices we did through scrims. I think we're now more of a flexible team. Top can play weak side and bot can play weak side. Normally, what we prefer to play inside the game is having mid-jungle prior and then snowballing the game. It can now be done through both sides and I think that's the biggest transition.

BLIX: Speaking of transitions, it's been around three months since you officially became the team's head coach prior to the summer split. How have you accommodated to the head coaching role since then and have you sensed any difference in workload as a result?

Rigby: I don't think there was a clear difference because I was taking care of a lot of responsibilities from the spring split in terms of in-game materials. That's why the trust between me and the players was really great after MSI. As a team, we decided to have me move to head coach and after the fact, I tried to get more involved into their individual lives. Right now, it feels like the players have massive trust in me and I have massive trust in them as well. It's really good. We do disagree on some points a lot but no one gets offended by it. We just enjoy the process of it all. We just know it's a way for us as a team to get better and I think the atmosphere is really great right now. 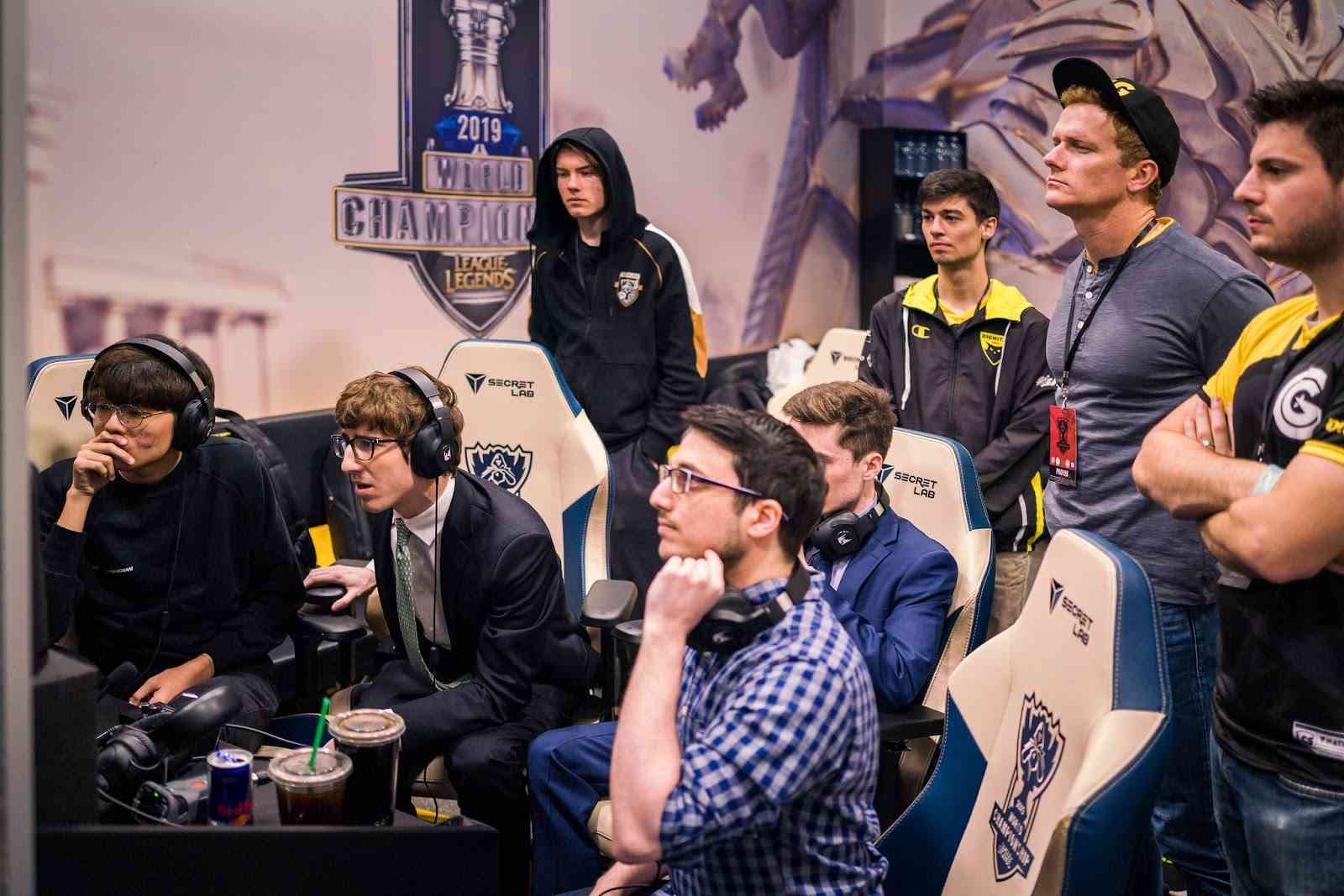 The roster for EG including Head coach Rigby, sit together backstage watching a live match

Looking back on the journey

BLIX: You've taken a long road to reach Worlds again. You've had stints in Clutch Gaming and Afreeca Freecs. How do you look back at your past stints and personal development as a coach prior to joining EG?

Rigby: With Clutch, there were enough Korean players for me to adapt to the league pretty easily such as Lira, Huni, and Piglet. They were all veterans of the game so I got a lot of confidence in the team where my thoughts on what is the most optimal way to play the game is the same as those experienced players. But at the same time, when we went to Worlds, I really felt the other coaching staff of the team was trying to stick to the comfort zone which is just us playing how we played in NA and thinking that if we did that we were going to win the event. That has been a big regret for me that year.

When I was in Afreeca Freecs, you got to play against the best players in the world. Every match mattered so I felt I grew up and developed a skill where I could think about what the enemy team would like to do and how to play against them. Even so, this is probably the best player roster that I've ever had. It's been such a pleasure to work with all these talented and knowledgeable people. Since I've had regrets from last Worlds in Clutch Gaming, I'm going to try my hardest to not make the same mistakes again and actually go with what I think is right and what the players think is right.

BLIX: In working with different coaching philosophies between eastern and western regions throughout your career, how have you dealt with making adjustments between those two regions?

Rigby: In terms of the LCK, the players are generally good, right? At the same time though, there's a clear wall separating the top four teams and the rest of the league. It's really hard to make Worlds if you're not in any of those top four teams and it's especially so as a coach, but when you come here, I feel there's more emphasis on what a coach can do. There are good players and bad players but I don't feel there's a huge gap among them. There's going to be strengths and weaknesses in every team, so from a coaching perspective, you have more shots to perform well in the LCS.

I think the players we have in our team is not that far behind from eastern teams. We're pretty similar to the eastern teams. We just don't want to chill and relax all the time, but every one of our players that came here are putting in a lot of work in terms of quantity rather than just quality, which is what I feel is more of a focus in western regions. And even if we don't put in enough effort compared to what an eastern team would do, we're still trying hard to be able to match them after reaching Mexico and I hope it pays off. We could be second or third in our group and we might face DRX, RNG, or MAD Lions to move on, but I want our team to be ready to win against any of them. That's because if you go to group stage, other teams are going to be as good as them.