The time has arrived for the latest chapter in ESL Impact’s history to play out. Nearly three months since its previous edition, eight of the best female Counter-Strike: Global Offensive teams will convene in Katowice, Poland, one of the game’s competitive hallowed grounds, to decide who among them is the best in the world.

From the reigning defending champions in Nigma Galaxy Female to the cast of upstart lineups like Saints and NAVI Javelins, here’s a preview of each participating team in the tournament. 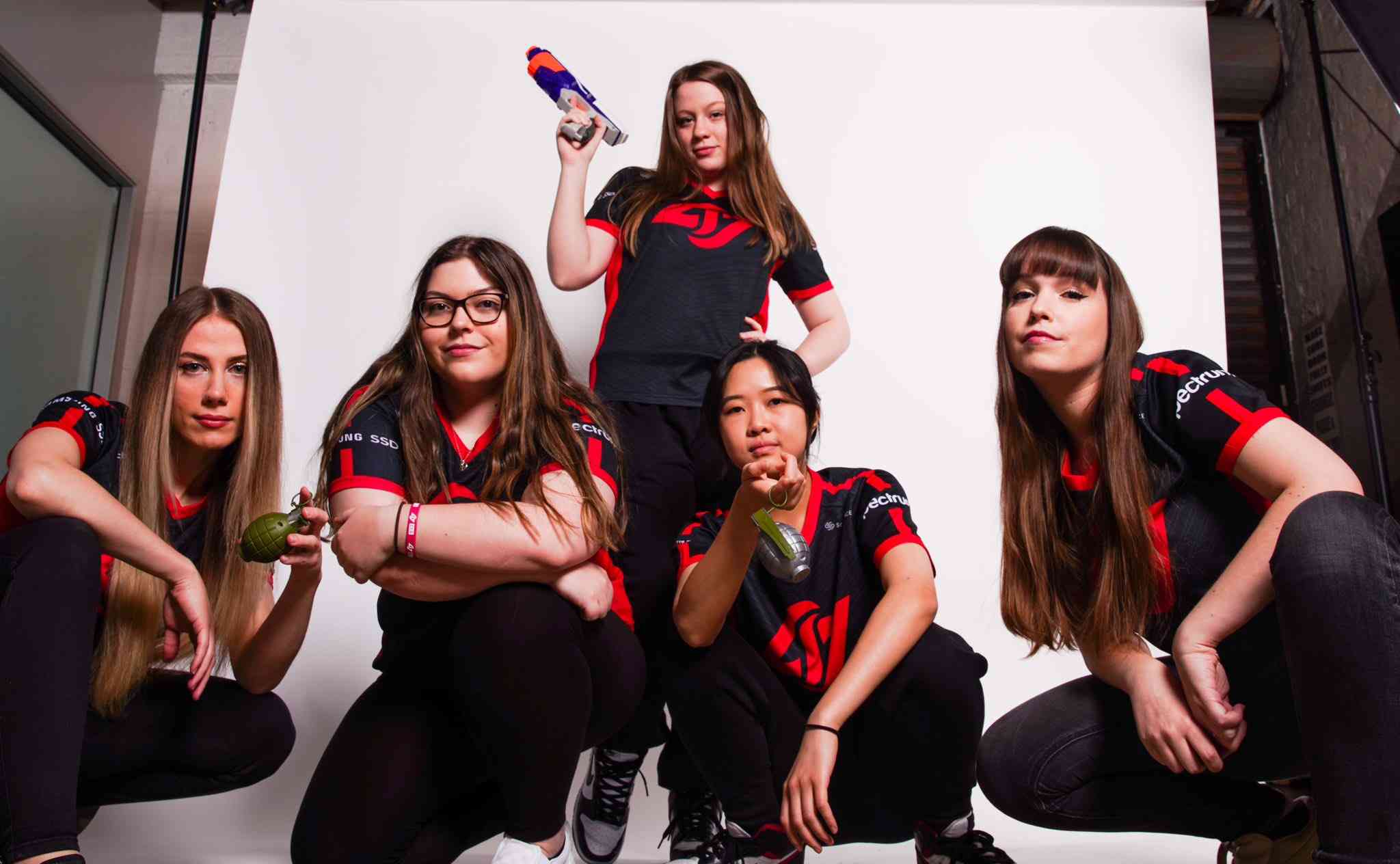 While CLG Red maintained its position as the best team in North American female CS, they are yet to attain similar success on the international front. Since the Season 1 Finals where they reached the semifinal, CLG Red crashed out in the group stage of Valencia 2022 and the Season 2 Finals, both of which saw losses to MIBR Esports and HSG in the decider matches.

With the team refreshing their roster during last season with players such as Vivienne "BiBiAhn" Quach, Coline “Kaoday” Le Floc'h, and Marissa “madss” Dasta, on top of taking more time to familiarize themselves during matches, CLG Red looks poised to do absolve themselves from their past misery and turn a new leaf to become what they’ve always aspired to be known:  champions.

One player to watch out for from CLG Red is BibiAhn. The 21-year-old finished within the Top 5 for rating 2.0, damage per round, kills per round, assists per round, and impact rating during the Season 2 Finals. She will look to lead the CLG offensive as they vie to advance past the group stage for the first time since Season 1. 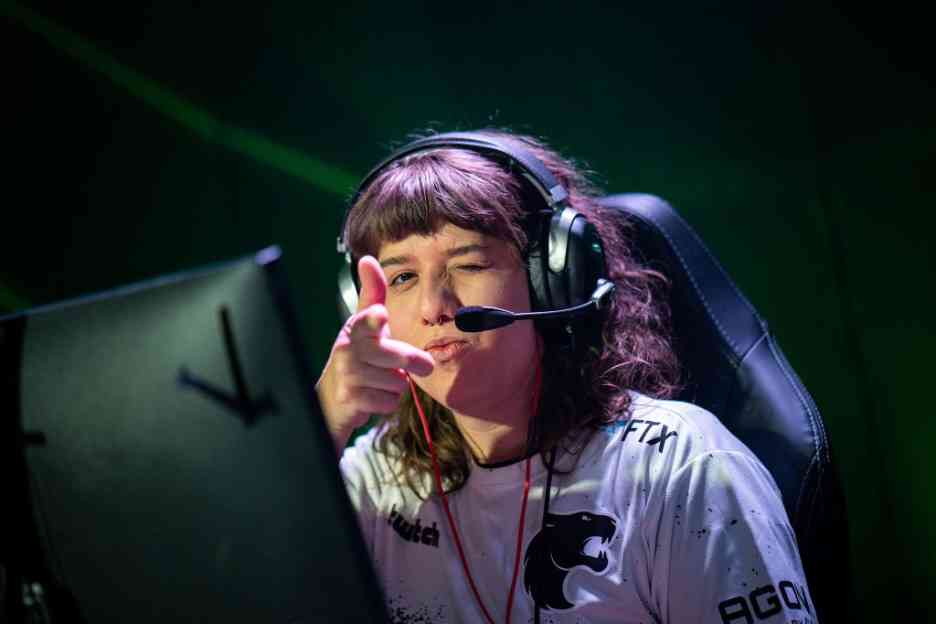 Occasionally, Esports can be interpreted as a matter of “what if”. What if Nigma Galaxy hadn’t won every ESL Impact tournament that took place? What if someone else stopped them in their budding reign of dominance? What if that supposed team was FURIA?

Unfortunately, a supposition like that can’t easily be turned into reality. Despite being a finalist in every ESL Impact event, FURIA was denied each time by NGX, sentencing them to the runners-up spot instead. It’s a fate worse than regularly finishing bottom of an event: being good enough to compete for a title but never overcoming the final obstacle to become a champion.

Nevertheless, FURIA remains steadfast in their aim towards lifting that elusive ESL Impact title. They return with the same roster that took them to those three straight finals appearances and numerous domestic titles in 2022. Leading the way is Olga Rodrigues, a renowned facilitator on both sides of a map who was named the best player in her nation by DRAFT5.GG.

She is accompanied by an equally strong roster comprising Karina “kaah” Takahashi, Izabella "izaa" Bieberbach Galle, Gabriela "GaBi" Maldonado, and Mariana "mari" Preste, players who were among the best in their respective position both in the country and the world.

For virtually the entire existence of ESL Impact, FURIA was always the bridesmaid but never the bride. Can they change that in Katowice? 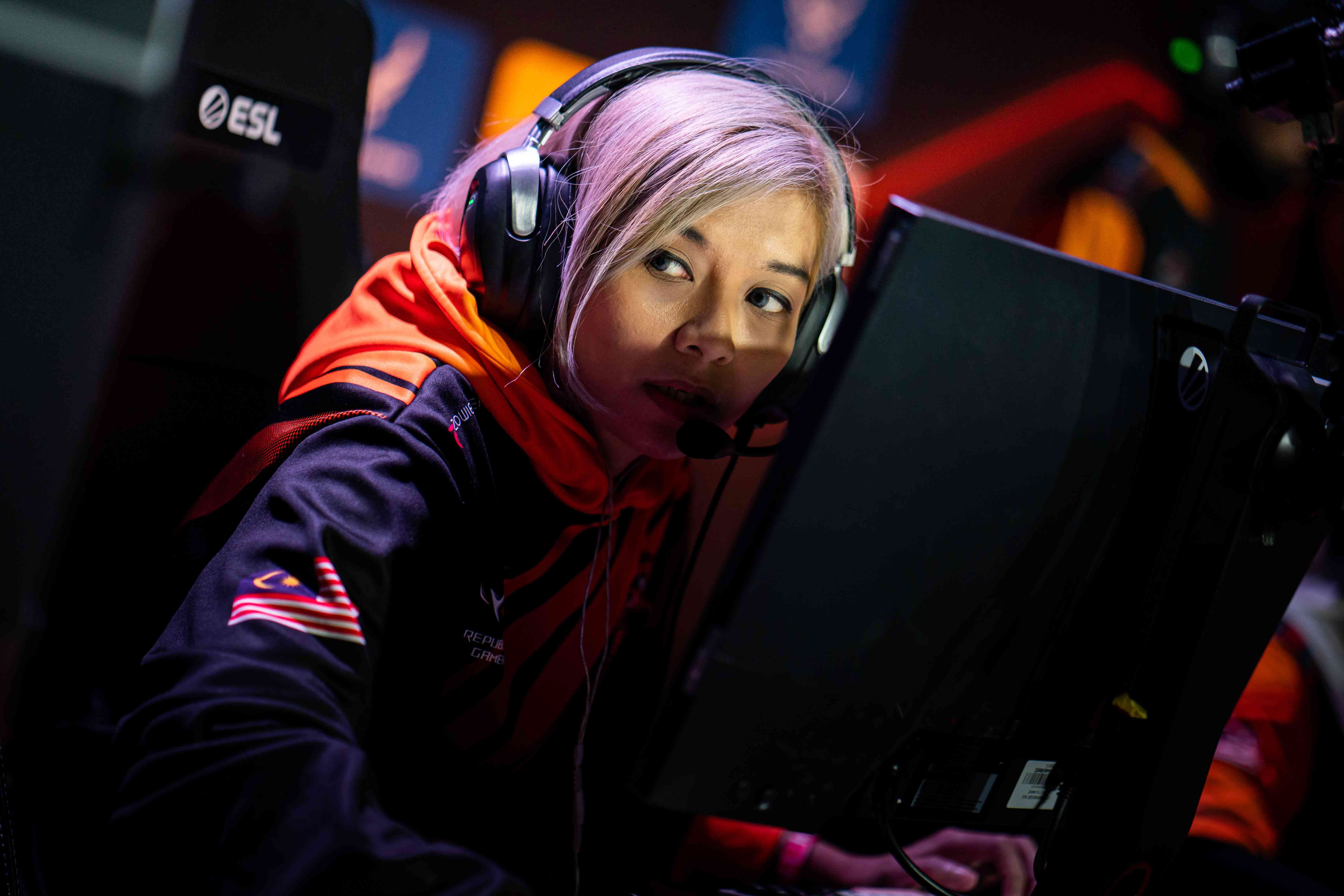 The pride of Asia returns with a second successive appearance in female CS’ biggest stage, this time with crucial experience under their belt. As one of the four invited teams for the tournament, HSG arrive with a great deal of momentum following their Top 4 run in the Season 2 Finals.

Despite not being expected to engineer a deep run, HSG dispatched two of NA’s best teams in CLG Red and Evil Geniuses Gold en route to the semis, where they eventually fell to FURIA.

One of those responsible for HSG’s breakout performance is Ramona "GFi" Azween Binti Zaharuddin, who was first overall in the Season 2 Finals for total kills (accompanied by three teammates to fill the top four spots), and total headshots according to HLTV.org. Another player to consider is Fong "Hazel" Sin-man, who was tied for first in AWP kills, second in total kills, and third in AWP kills per round.

Undoubtedly, HSG’s performance was the finest seen out of any female Asian CS team in recent memory, and having done so, it’s only appropriate for fans to expect the same result in their encore showing. 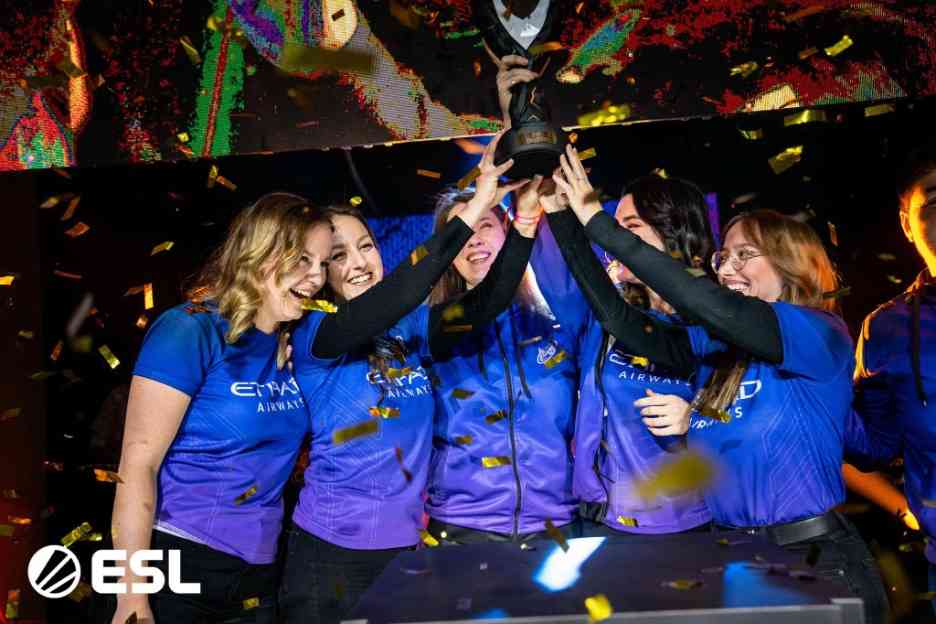 When you win a tournament three times in a row, there should be no introduction needed. Nonetheless, Nigma Galaxy Female arrives in Poland as the heavy favorite and are expected to win their fourth straight ESL Impact tournament. Since the Season 1 Finals, NGX has built a 20-0 unbeaten run in Impact play, dating back to qualifying and the proper event phase.With each passing day, the legend of NGX grows in tandem and how should anyone doubt that upon looking at the lineup it boasts? Ana "ANa" Dumbravă leads the way with her sharp AWPing as she led the Season 2 Finals in a variety of categories like rating 2.0, KD difference, AWP kills, deaths per round, and opening duel success rate.

She’s complimented by the potent trio of Katarína "Kat" Vašková, Alexandra "twenty3" Timonina, and Viktoria "tory" Kazieva, all of whom hold a threat in their own right. And of course, who else could direct such a stacked cast to victory like captain Ksenia "vilga" Klyuenkova? All things point to NGX winning that fourth title in Poland. The only thing left to do is to simply make it happen. 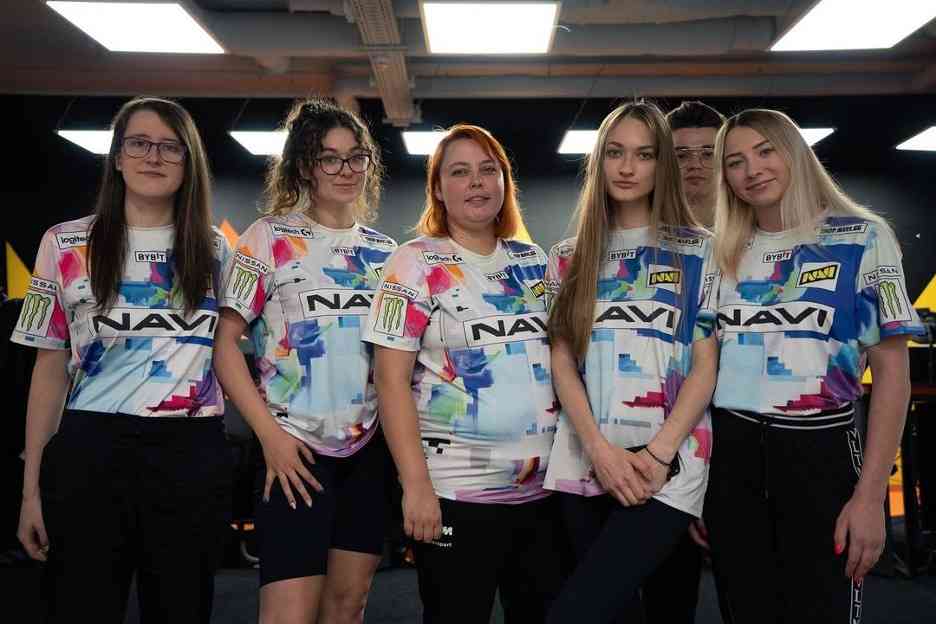 Another team that’s slowly been on the rise in the ESL Impact scene is Na’Vi Javelins. The team was founded after the organization signed independent Polish side Totalne Gituwy after they qualified for the Season 1 European Division. Though the Javelins ultimately didn’t qualify for the Season 1 Finals, they would appear in the Valencia 2022 tournament, finishing 3-4th in the Spanish municipality.

Na’Vi’s biggest pieces are the duo of rifler Angelika "Angelka" Kozłowska and AWPer Wiktoria "vicu" Janicka, who is coming off an MVP performance in Bali from the IESF World Championship. Both of these players distinguished themselves during Season 2 league play with numerous Top 5 placements in various categories like rating 2.0, damage per round, total kills, and impact rating.

With the Javelins pulling off a string of impressive results in recent months, all eyes are on them to deliver a great performance on the ESL main stage, this time as the hosts. 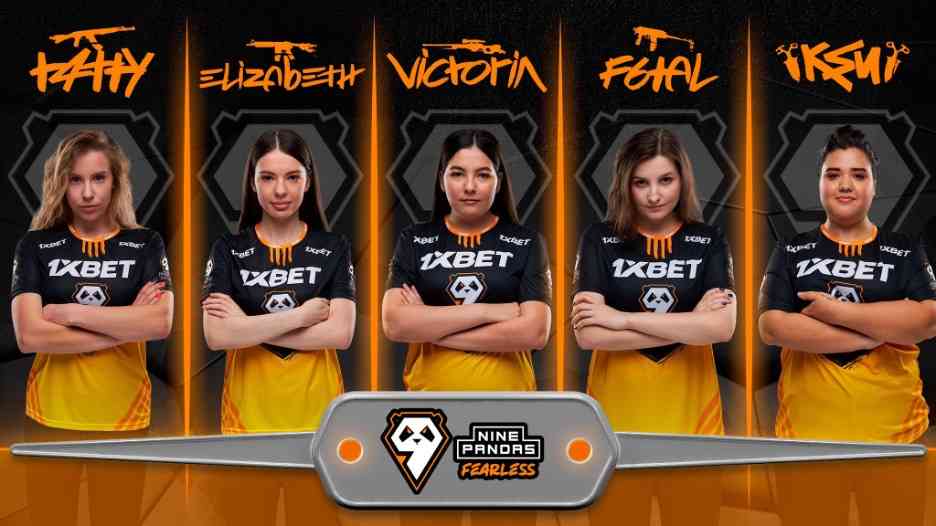 Formerly known as NOFEAR5, the team was signed by 9 Pandas following their qualification to the Season 2 Finals. Nevertheless, the road to Poland wasn’t easy by any stretch of the imagination. Despite losing to NAVI Javelins in the first open qualifier, the team rebounded by besting the Ninjas in Pyjamas Female and BIG EQUIPA within the space of three hours to seal their qualification.

Compared to the team that competed in the Season 2 Finals, the only change in the roster is the addition of Tatyana "t4tty" Vorontsova in place of Elizaveta “Stormy” Poshekhnova. One of the best-performing members of the team from Season 2 is Svetlana "f6tal" Shidlovskaia, who ranked within the Top 5 in damage per round, total kills, total assists, total headshots, and opening kills for the event.

No organization, no problem! That has been the theme for Saints, the only team in ESL Impact Katowice 2023 who qualified despite not being represented nor supported by an organization. The team was formed ahead of the ESL Impact Cash Cup Summer #2 tournament in July 2022 featuring Anna “buhnny” Cheung, Paula Ramanauskas, Jessica “JKranny” Kranabetter (initially as a stand-in), and Olga “olya” Kryvulych. It was another in an endless stream of attempts made by amateur teams to reach the high echelons of NA female CS.

But unlike the rest of the pack, Saints persevered by sticking together and after enlisting Iuliia “sckrafft” Gerasimova to their lineup, they improved and qualified for the ESL Impact Season 2 NA Division. Though they missed out on playing in the Season 2 finals, they continued their ascent within the region by eliminating Evil Geniuses Gold in the NA Closed Qualifier Grand Finals for this event. This victory won them a ticket to Poland. Against all the odds and with less than a year in its existence to boot, Saints are stepping toe-to-toe with the best female CS teams in the world.

With a resilient roster that was cultivated after months of hard work, Saints are a team that shouldn’t be underestimated by anyone. They, like the rest of the field of teams, have the capacity to engineer a deep run at this event. 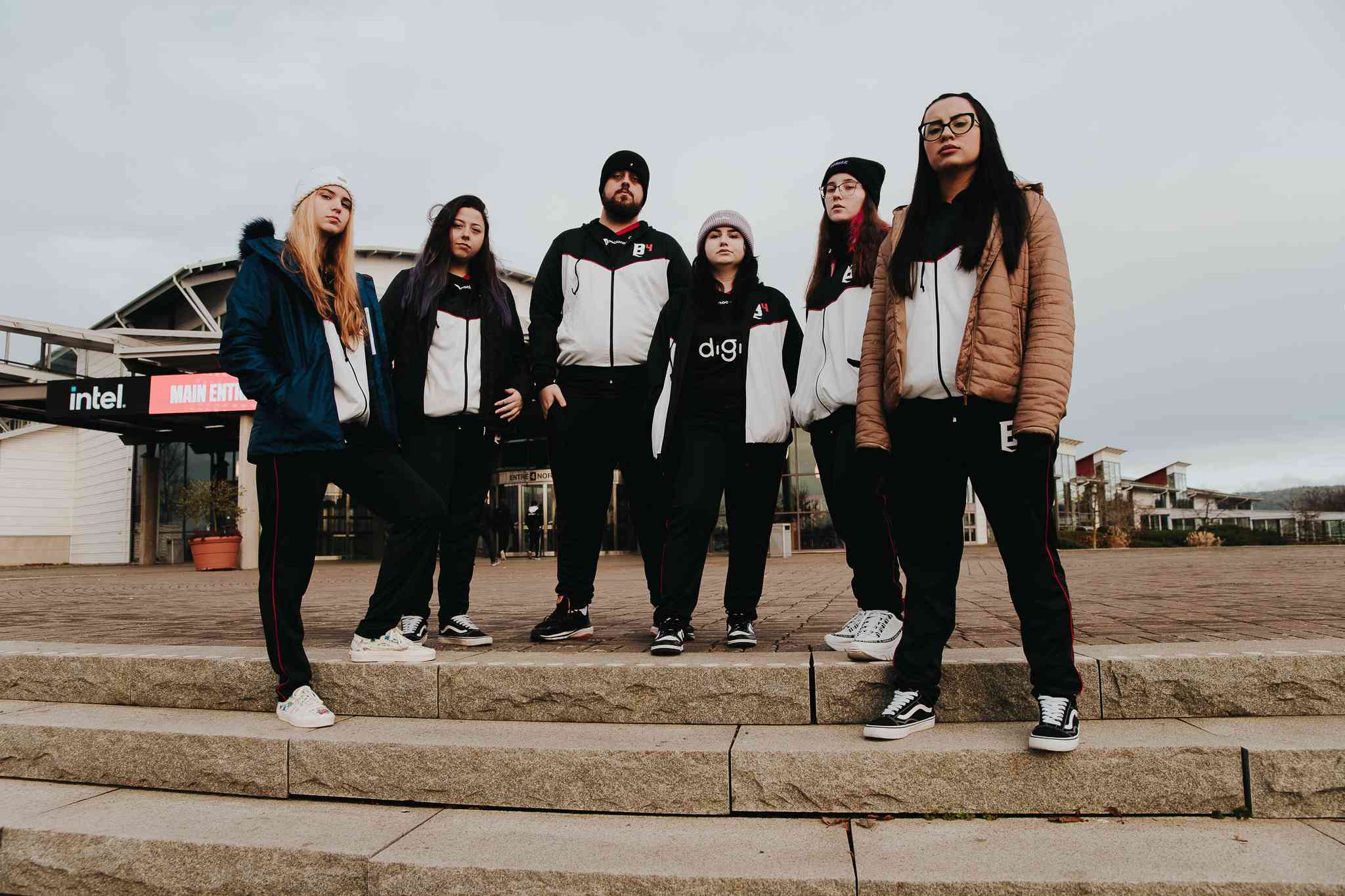 While B4 is relatively new in the female CS scene, the team has quickly made its presence known in ESL Impact. Adopting the B4 name in late June of 2022 after the squad departed from Black Dragons, they consistently placed within the Top 3 in numerous circuits. These included Ela Faz o Game, Gamers Club Masters, BGS Esports Female Bomb B, and MEG Female, all of which featured major teams like MIBR and FURIA. With B4’s surge toward the top of the scene, they managed to qualify for the Season 2 Finals where they ultimately placed 5-6th.

Despite the result, B4 pushed onward, winning the sixth edition of the Gamers Club Masters tournament and qualifying for Katowice 2023 off a 5-0 unbeaten streak, eliminating MIBR in the process.

Amidst B4’s lineup includes Nataly "nani" Cavalcante, a reliable and consistent rifler with the capacity to pop off when her side demands it. She was second among all players in KAST and fourth in assists per round according to HLTV.org. Additionally, there is 16-year-old rifler Nadjila "poppins" Sanchez, one of the most promising talents in all of Brazil.

Flushed with a mixture of talent, youth, and experience, B4 certainly won’t be a pushover for anyone standing in their way.