EU Masters 2022 Summer: Everything you need to know 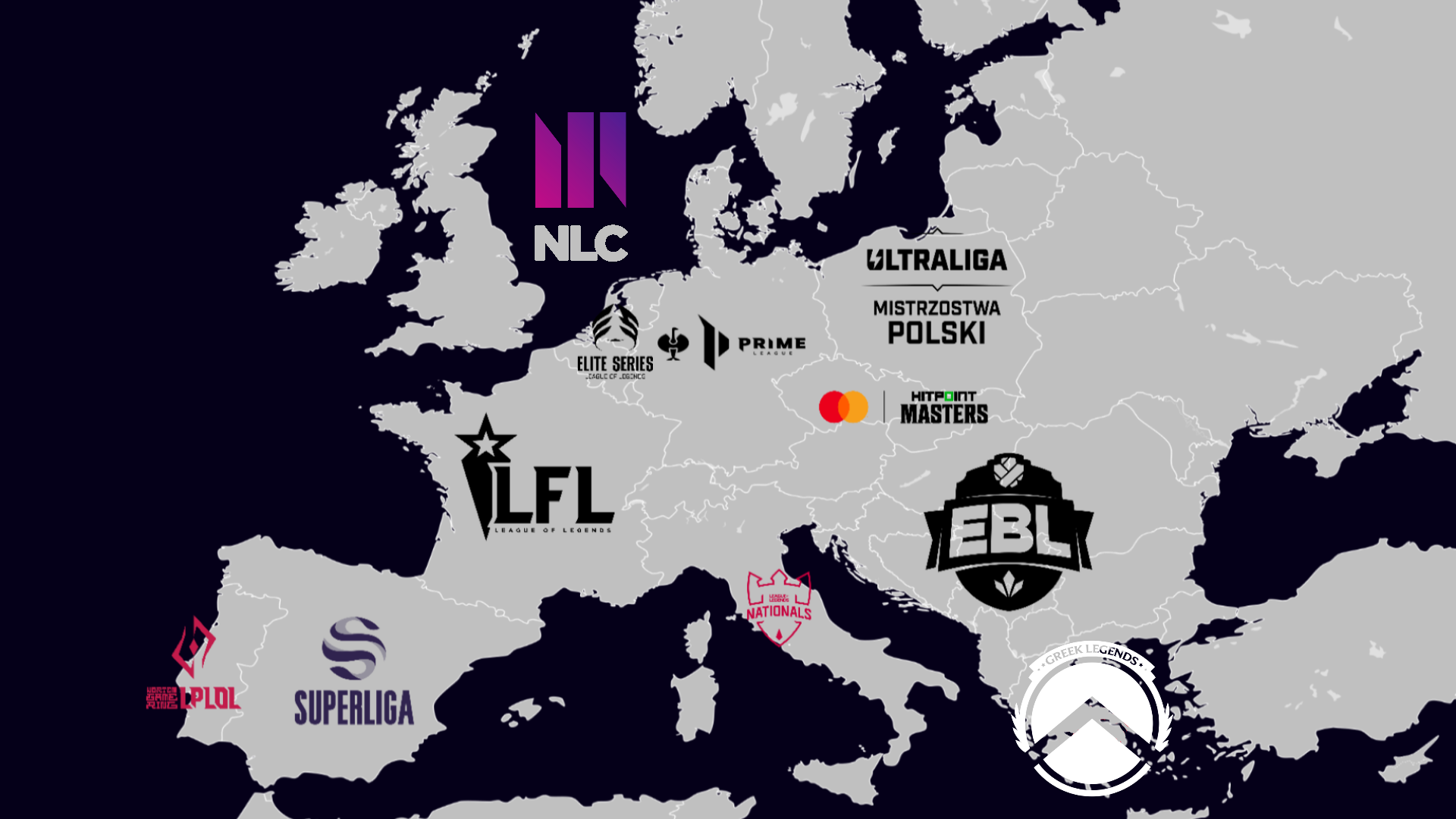 For those who don’t quite know what European Masters is about, it's a Tournament created by Riot in 2018 after the disappearance of the EU Challenger Series and the transition to a closed, franchised LEC European League, where non-LEC European teams coming from various ERLs or European Regional Leagues can face each other and prove who is the best of Europe out of LEC.

This Preview aims to introduce how the tournament works for those new to the scene and explain the developments and teams that participate and current favorites so that it will work as a guide. This Summer brings some changes in seeding for the different ERLs, as well as new and exciting teams to get a new champion to the Tournament, as Spring Champions Karmine Corp will miss this tournament.

(disclaimer: This article will be updated as Play In Stage takes place)

Although few, some new changes are coming to EU Masters this year, mainly centered on seeding changes compared to the Spring edition. This summer, NLC finally got their desired 3rdseed at the cost of Ultraliga’s 4th slot, while GLL, the Greece-based ERL, got their Main Stage spot downgraded to Play In.

Play In stage brings the bulk of ERLs teams, especially ones from minor leagues such as LPLOL from Portugal, Hitpoint Masters from Czech-Slovakia, GLL from Greece, and ESLOL from the Benelux. Sixteen teams compete against each other in 4 groups to then advance to a knockout stage. Currently, this stage is ongoing, and only four teams will be able to go through and qualify for the Main Stage. 6 teams come from Major Leagues, such as France, Spain, Germany, Poland, and the Nordics, so that some disappointments will take place. Will the four teams come from the more significant leagues, or will some intrepid team from a minor region make the upset?

The Main Stage is comprised of 2 phases: Group Stage and Knockout Stage

The Group Stage features four groups of 4 teams, seeded based on regions’ previous performance in EUM. Each group will play a Double Round Robin, with the top two teams advancing to the Knockout Stage. The seeding will be decided via a tiebreaker match at the end of the last day. Group Stage starts on August 29th and lasts two weeks, until September 8th, with a break on days 2-4th.

The Knockout Stage will feature the top 8 teams in a regular playoffs format, with random selection where teams ending first in the regular season will face teams finishing in second place, but only if they are not from their group. Teams from the same league can meet each other in the Quarterfinals. 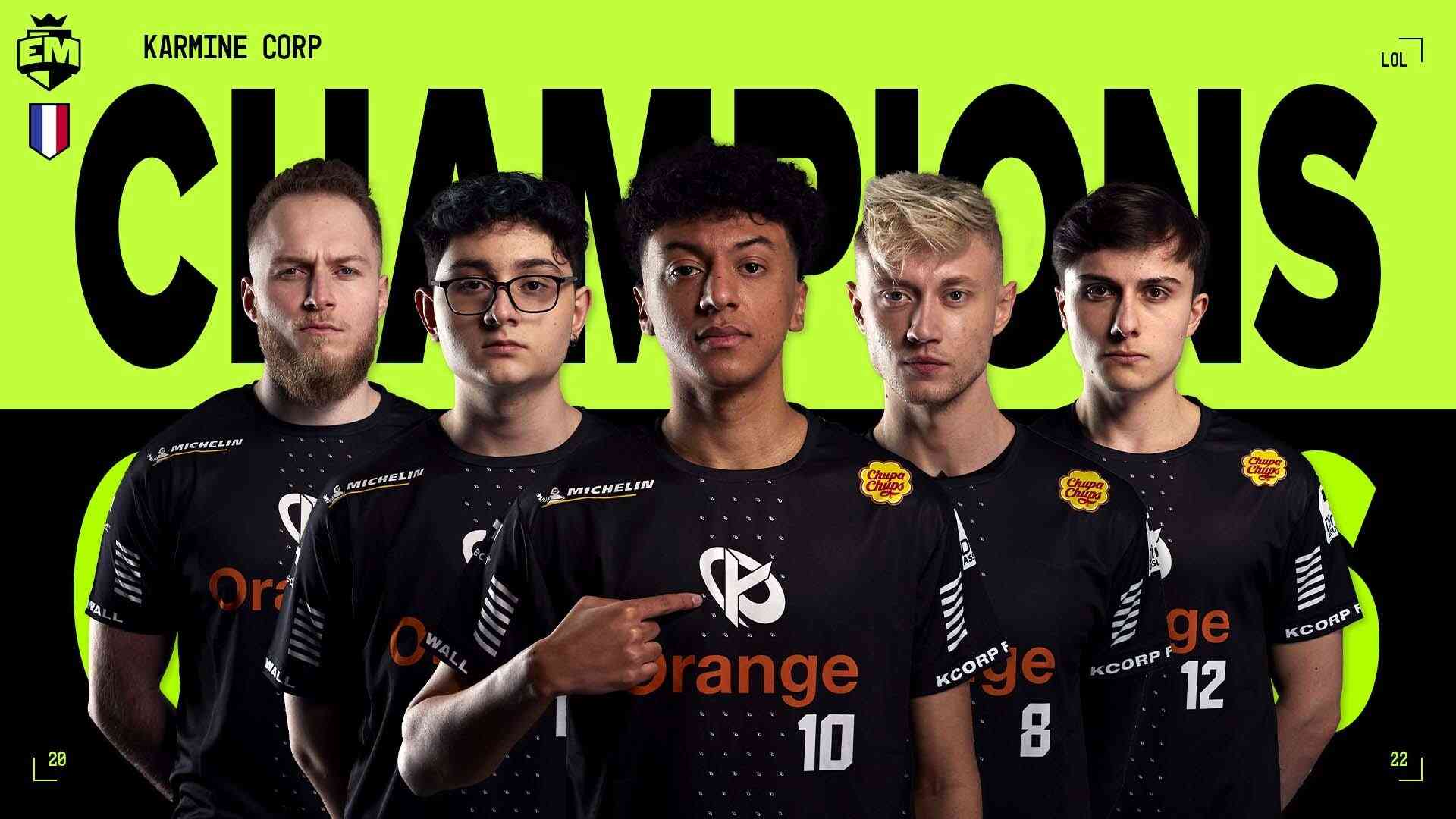 Currently, the title of EU Masters champions corresponds to Karmine Corp, the most significant European team outside of LEC in terms of the fanbase. In 2021, the French organization won both editions of European Masters, while in the 2022 Spring edition, they went back-to-back-TO-BACK to secure their 3rd title in a row. This time, though, they will miss the tournament after losing 3-1 to GameWard in the first round of the LFL Summer Playoffs. After almost two years, EU Masters will finally have a new champion. The question is: will it be a French organization again claiming the title, or will the other leagues be a challenge for the so-called best ERL?

The two teams that LFL is bringing to EU Masters (for now) are:

LDLC OL, the LFL 2022 Summer Split Champions, was the team that tried to challenge Karmine Corp in the EUM Spring Finals, failing to do so. This split, again, they come as one of the favorites to the tournament, especially with no KCorp on sight and a convincing victory in the LFL playoffs. No changes were made since Spring, with the most outstanding players on this team being Eika, the LFL Summer MVP, and Exakick, who come in excellent form, as usual.

Like Spring, BDS Academy comes in second for LFL after losing to LDLC in Finals. This time, some changes were made to the roster, with some swaps between the main team and the academy. Former Fnatic player Adam returns to EUM after winning it in Spring 2021 and bringing Erdote for a second time after some time spent in LEC, with unsuccessful results. The roster is closed with Reeker, the 2022 Spring mid-laner for MAD Lions in the LEC. 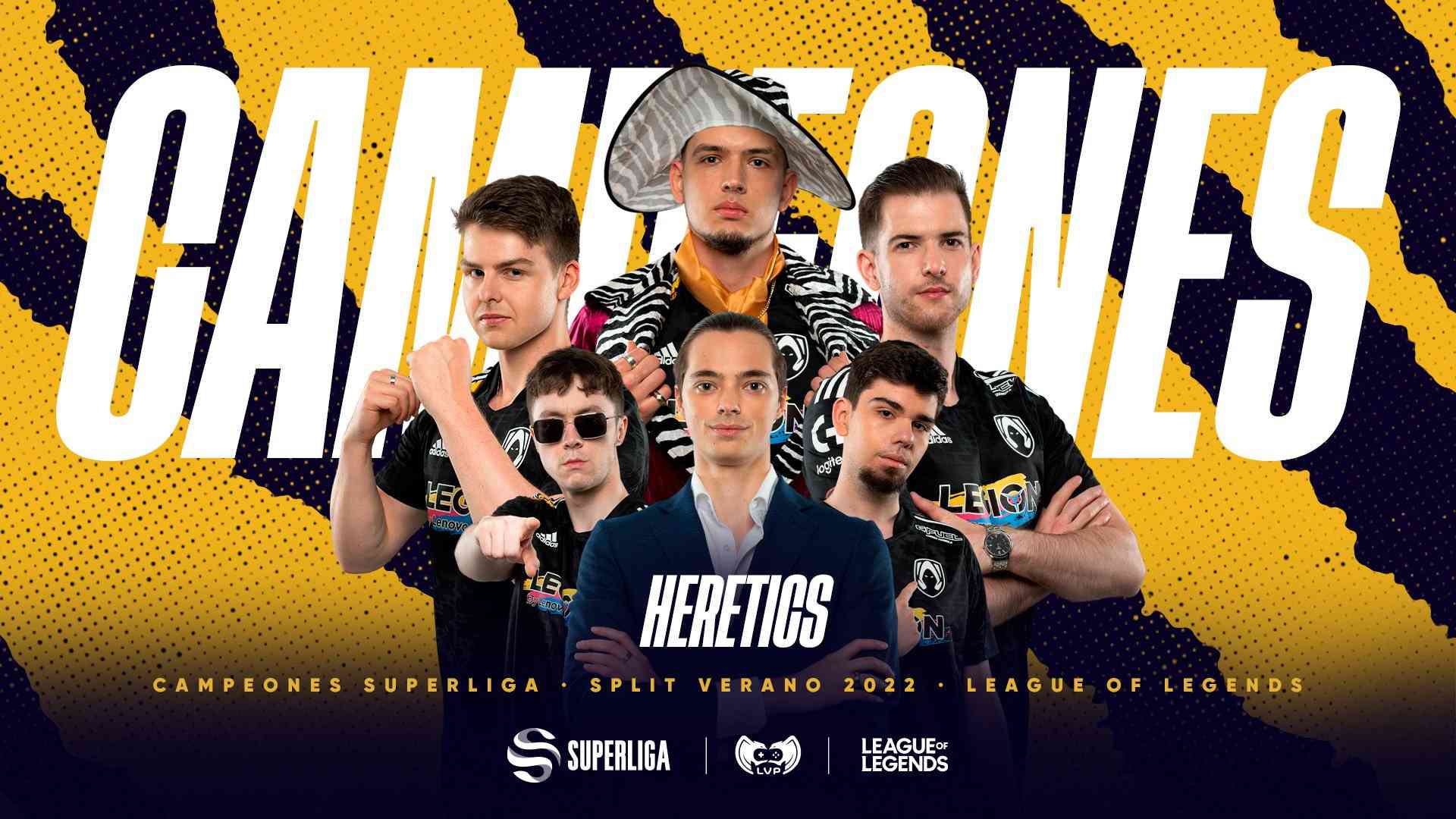 The best team that Superliga has to offer is quite different compared to Fnatic Team Queso. Besides having non-major-league appearances, their roster brings much ERL experience in top and bottom teams. They still have a lot of responsibility as Superliga's #1 seed. They will be directly compared with LFL to check if Superliga deserves to be considered a challenge to the French dominance.

Giants Gaming is a team that, for good or bad, will always try to chase the win and build a roster capable of it. After a disastrous Spring where they missed the playoffs on the last match, they brought the money trucks to return to greatness this Summer. By names, Giants has the most powerful roster in Superliga and maybe in all the ERLs, with a team centered around star player and veteran Jiizuke, as well as Maxlore, both considered to be a level above the rest of the competition by some people. They lost against Heretics in a Finals that could’ve gone either way quickly, so they must be as respected as their counterparts in this tournament. 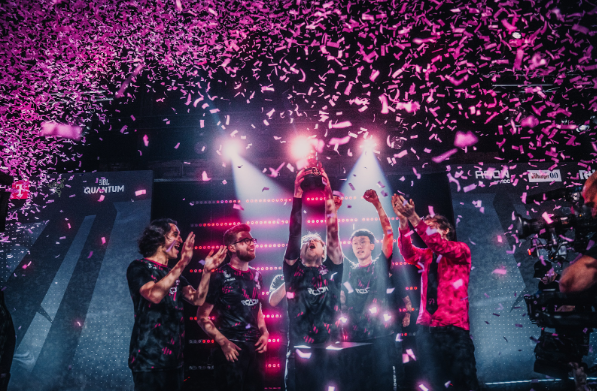 The three teams the Prime League is bringing to EU Masters are:

After doing a fantastic EU Masters run, where the team looked very promising for the upcoming future, Summer was the time for them to shine, as the changes around the mid/jungle duo and previous work in Spring helped them to win Prime League with dominance

Schalke 04, in 2022, competed outside of LEC after their sale to BDS, retaining their spot in Prime League. They built a young roster that worked in Spring, but not to a EUM degree, while in Summer, they made a huge step up, especially in playoffs, reaching the Finals. This new success could be attributed to the botlane, where TakeSet made a massive improvement in skill, helped by a former LEC player such as Lilipp to guide him. 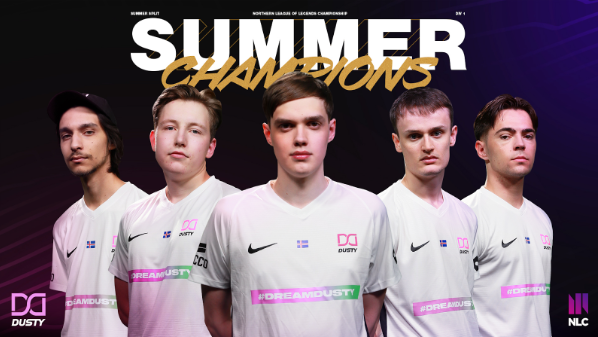 The two NLC teams secured for Main Stage are:

DUSTY is probably one of my picks for the dark horses in this tournament. They have pretty unknown players, most of them being new incorporations for Summer. But, this team managed to build chemistry and win the regular season and playoffs with all that; that should be considered an enormous success.

X7 similarly comes to EU Masters compared to Spring. They lost their best player in Haru but built a roster that managed to work at the end of the split, thanks to changes in the jungle. Having 2 Koreans in the team is always a boost, and the botlane in Attila and kaSing (with the previous synergy since their time in Giants) has the potential to step up on essential games. 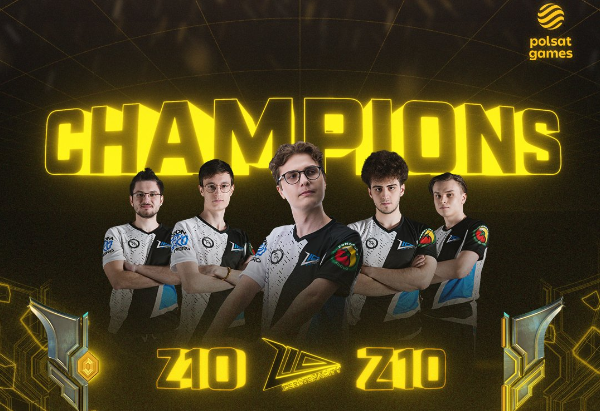 The two teams secured for Main Stage are:

Zero Tenacity redeem themselves this Summer Split after failing in Play In Stage on EU Masters Spring, coming as #1 Seed for the Ultraliga after 3-0ing AGO Rogue in Finals. Their players have not changed since Spring, and most of them (mumus100, Wojtus, and Ryuzaki) have been building synergy for some years now, so they have an excellent chance to make a good showing.

AGO Rogue probably lost the Ultraliga Finals because of bad luck, so I think the performance in this EU Masters will be bigger than Zero Tenacity. AGO Rogue is a usual contender in this tournament, being the only non-French team to reach Semifinals in Spring. This time, they don't have sub support but an MSI champion with promisq, so I can only expect good results and hunger for wins.

With GLL losing their Main Stage spot, only two teams have secured places in the Main stage, Italian PG Nationals and Balkan EBL. As such, the two teams secured for the Main Stage are: 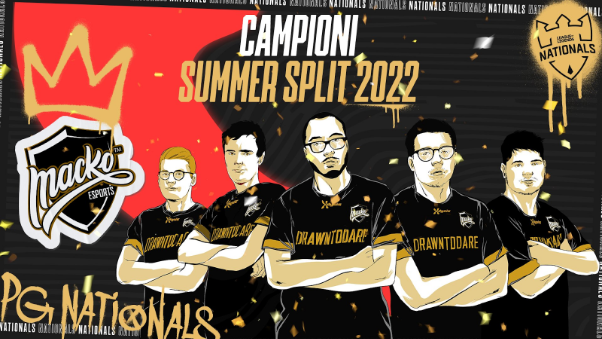 This Summer, no upset was made; as usual, Italian champion Macko Esports returns to EU Masters after failing in Play In Stage last Spring. Few changes were made within the team, with Cboi returning to the team and overall showing a performance that aims to improve Italy’s bad results last EU Masters. 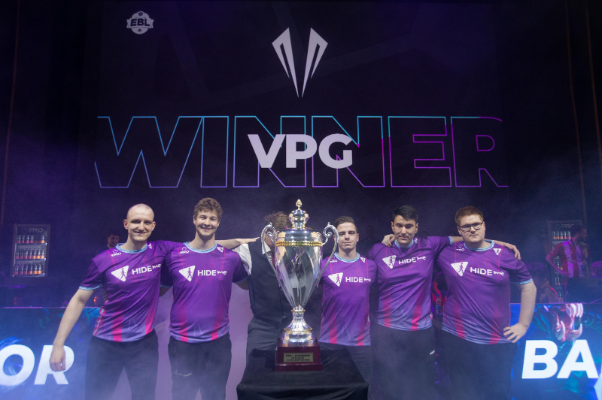 The opposite of Italy happened in EBL, with Valiance coming to playoffs as 4th seed and growing through the tournament to win EBL for the first time in a fantastic Bo5. But, I have to be honest, as I have not heard anything about these players and can’t expect much from them, but I could be easily proven wrong.