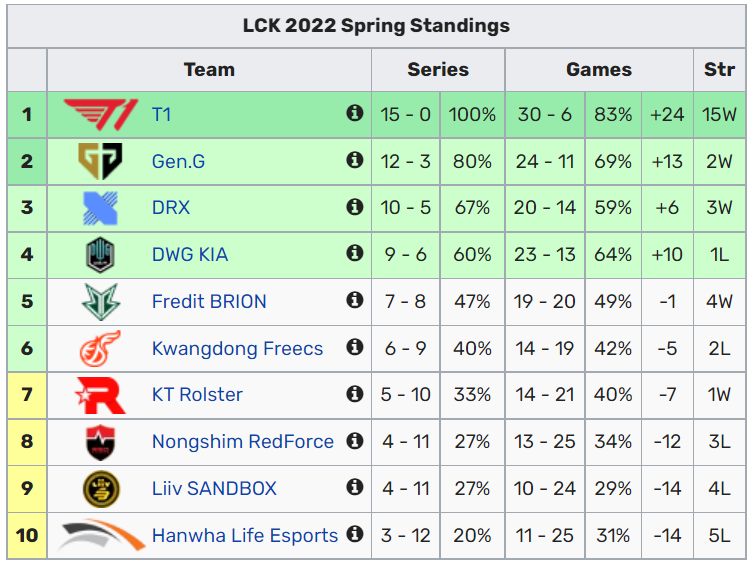 The format of Korea’s regular championship hasn’t changed for the past 7 years. 2015’s summer split; after the expansion of the LCK League from 8 to 10 teams, took the form that is used to this day — each team plays their Bo3 matches twice, with 6 slots for teams in the playoffs. The paradox is the 2015 split was amazing for SK Telecom 1. Who finished it with a score of 17-1 (35-6 map score) with 14 wins in a row. SKT set the bar with their 14 straight wins. No one has been able to beat it, until today. The team who came closest was Griffin in 2019 during the spring split; with 12 wins. It looked like the old record of the 3x world champions was about to be broken. But it didn’t work out, the young and ambitious Griffin players were stopped by the GEN team. 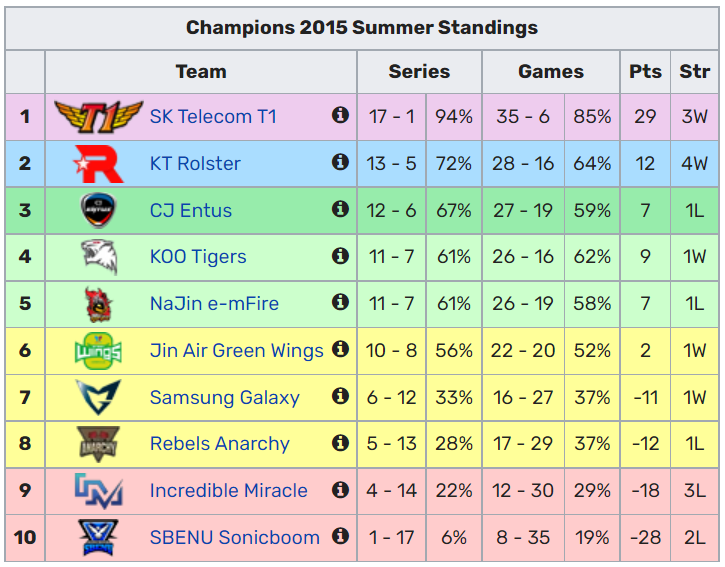 Faker is not just a midlaner, he’s a legend. Riot Games have videos dedicated to him, his name has long become a household name amongst LoL fans — indicating the level of his play. And he's still in shape. 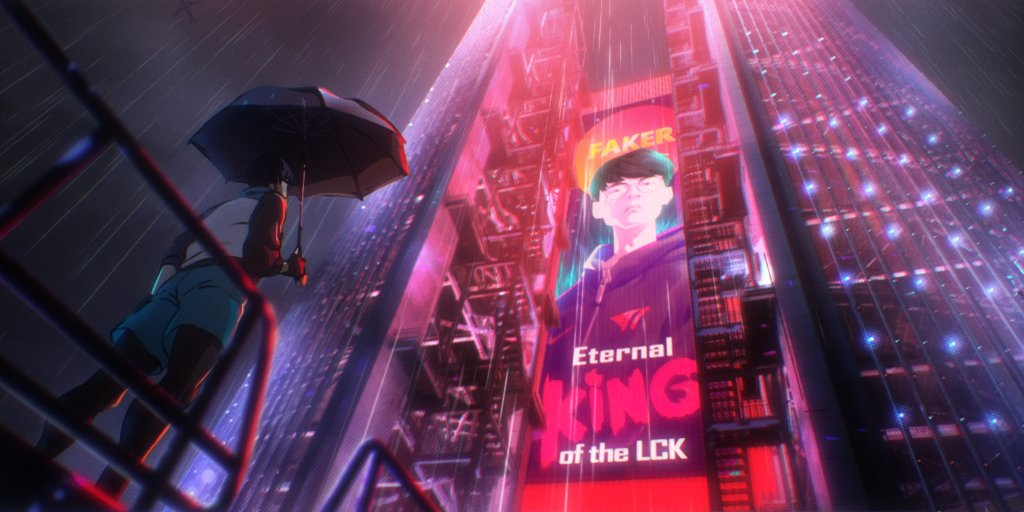 In the 2015 summer split, during a record of 14 consecutive wins, Marin and Bang were considered the best players on the SKT team. Faker was only 3rd and for some critics it seemed that it was the end of his career. During the split, he was replaced more than once with EasyHoon; the second mid laner, who could play style that SKT needed.

But Faker has always been able to adapt and find the strength in himself to start over again from scratch. If Marin was like a match, the season burned bright and then faded. That Faker is more like a beacon that always guides his team and helps everyone around them find their way.

This 2022 season, Faker has gathered young players around him who look to him as a legend and to him they are like his students.

T1 Zeus started his esports career at age 15 with T1’s Academy 2019 team. That year, the Academy tournament was added to the Korean Championship and the young top runner was lucky to get into the very first team of T1.A. Two years later, Zeus made his debut in the LCK major league having played 19 games. Then he took the main position of the Top Lane player from T1’s Kim "Canna" Chang-dong at Worlds 2021. Currently, he’s the only player in the Top Lane position for the T1 team.

But Zeus could not have achieved this alone. After all, his friend and longtime partner was in the position of jungler.

Oner got into T1 in 2019, just like Zeus. And even went the same way as his young colleague from toplane and took the position of main jungler for T1 during Worlds last year. And after his performance at this tournament, he became the only player left in the jungle in the T1 team.

On Faker’s left hand there are 2 players whom he himself raised and, in some way, created, then on his right hand he has a botlane, which was assembled in parts and was established only before Worlds 2021.

Gumayusi got lucky during the main tournament of the year. T1’s Park "Teddy" Jin-seong, the main player of the bot lane position, fell ill; affecting his performance, even in training. The team decided to change Teddy to Gumayusi. Guma had already played during the regular season, Guma already and showed promise, but he wasn’t stable enough for T1 to bench Teddy completely.

This year, Teddy has been playing in the Kwangdong Freecs team. Giving Gumayusi the chance to play the whole season without fearing a replacement.

The “walking ward” position on this starpower team is occupied by Keria; a player from Dragon-X’s school. He started his career in the DRX.A team, but due to problems with the coaching staff DRX decided to release him. He moved to T1, and thankfully he didn’t lose his spot. For 2 years ADC, Junglers, Top Laners were changing before his eyes, at one moment even at one moment Faker was replaced. But Keria was a permanent player and a strong support of the T1 team.

So what conclusions should we draw from looking at this composition?

All things evident suggest that without some drastic changes to the meta, we can expect glory and victory to await a roster like the one T1 is fielding currently. Four players 19 years old and an experienced legend player in the mid position. What else do you need to become world champions in 2022? Whether we see T1 lift the Worlds trophy this year is still unknown, but as it stands, they’ve got everything they need to succeed in the current LCK format and beyond.

Sum: 15-0 in the regular season is not an accident. This is a work, a whole process of creating an ecosystem of professional players, which was raised from scratch by the T1 team for themselves and, of course, for their main weapon Faker.