Five Takeaways from Group B of ESL Pro League S16

Following the first group of ESL Pro League Season 16, Group B had much to live up to. Despite sub-par teams, Group B is full of highly contested games between the top three. Playoff positions were up for grabs heading into the final day, and some fan-favorite teams looked strong. We’ve picked five takeaways from Group B of ESL Pro League Season 16.

Over the Summer break, there was movement inside the G2 camp. French rifler Audric "⁠JACKZ⁠" Jug and Finish leader Aleksi "Aleksib" Virolainen made way for two new additions, Rasmus "⁠HooXi⁠" Nielsen and Justin "⁠jks⁠" Savage, to round out the international squad for the rest of the year. The Spanish organization has always strived for trophies and will not settle for second place. Therefore, these roster changes intend to propel the European lineup into the fight for trophies, and with the Major coming up, can G2 get ready in time?

Rémy “XTQZZ” Quoniam’s new squad debuted in Copenhagen at the BLAST Premier Fall Groups where G2 finished in 4-6th place, gaining a spot at the Fall Finals, netting Ilya "m0NESY" Osipov his first career MVP. This was a good start, and they carried this momentum to Malta, where this new G2 side managed to top Group B, going flawless in the process. As Rasmus "⁠HooXi⁠" Nielsen and Justin "⁠jks⁠" Savage continue to bed into their new home, this squad stacked with individual skills continues to improve. 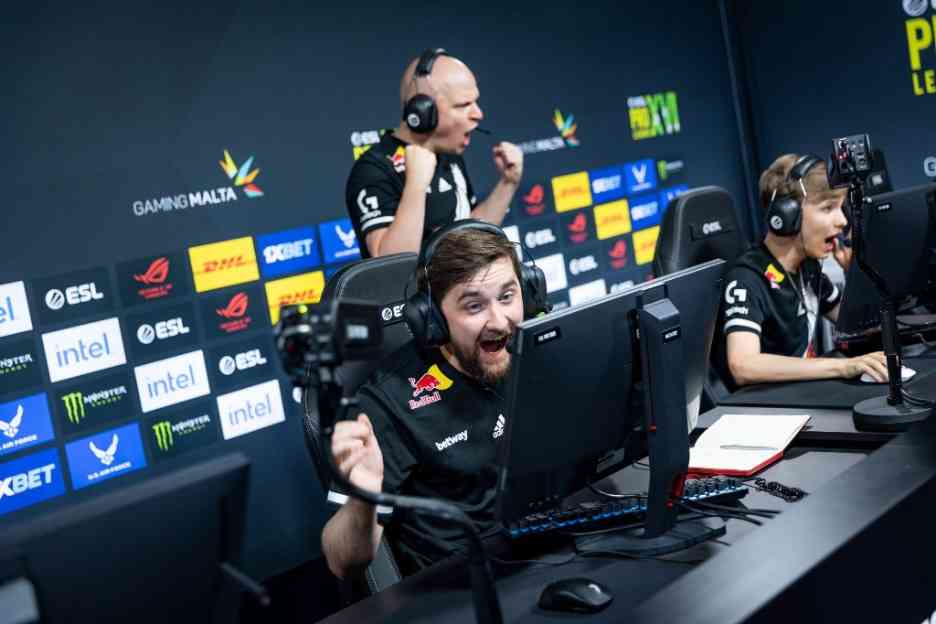 At ESL Pro League Season 16, G2 looks to be back to their best with their quartet of high-fragging players all lighting up the server in Malta. They started with three relatively straightforward victories over MIBR, BIG, and FTW. A rematch of the 2022 Katowice Final followed against FaZe, a Grand-Final where G2’s new signing Justin "⁠jks⁠" Savage stood in for the eventual victors - FaZe. This time G2 reigned supreme and took a quick 2-0 win over the number-two ranked team to put them 4-0 in the group. With their playoff berth confirmed and a flawless record to continue, G2 faced Outsiders. They took victory 2-0 on the final day following a monumental comeback from 15-8 down on the last map of Ancient. The European super team topped their group without losing a single map and looked in pole position to have a strong result in Malta.

The new In-Game leader of G2, Rasmus "⁠HooXi⁠" Nielsen, is quickly becoming a fan favorite. Can his arrival prompt G2 to their first trophy in five years?

FaZe looks strong but fails to dominate Group B.

Natus Vincere and FaZe have been swapping between number one and two in the world for the entirety of the 2022 season, and therefore FaZe entered ESL Pro League Season 16, as they have every tournament this year, looking to lift the trophy. In Group A, Natus Vincere almost missed out on the playoffs, and it looked like FaZe would emerge as heavy favorites in Malta, given their rival's poor form in the groups.

FaZe didn’t quite have the poor form of Natus Vincere, but their playoff berth was not decided until the final day due to a comprehensive loss at the hands of G2 on the fourth day, where they lost on Nuke, ending their immense win streak on the map. On the final day of play, FaZe faced BIG and beat the Germans 2-0, which guaranteed their spot in the playoffs. 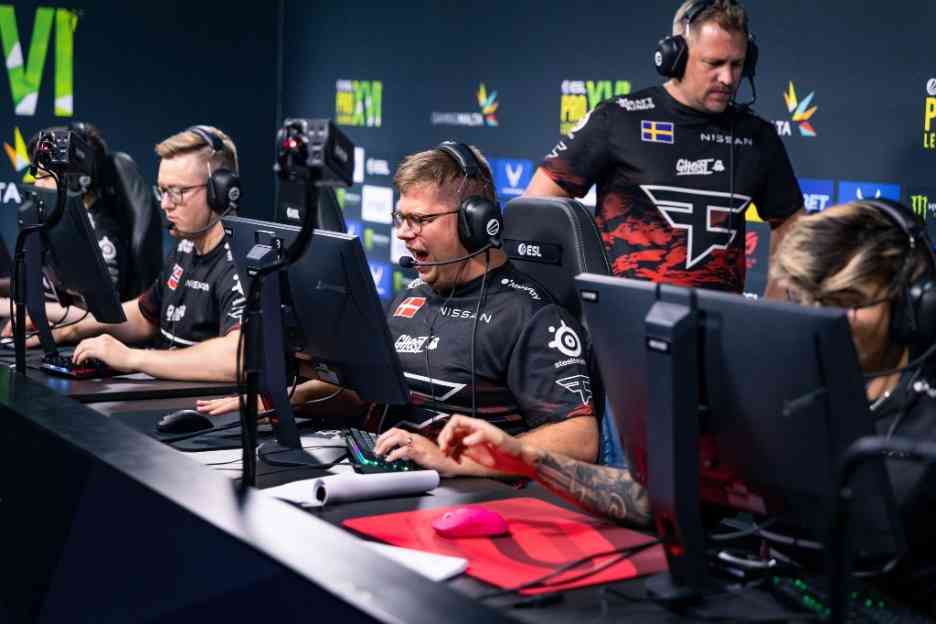 Finn “karrigan” Andersen’s men have the chance to win Season 4 of the Intel Gram Slam here in Malta, and therefore it is expected that the European squad will be in tip-top shape. Robin “ropz” Kool and Håvard “rain” Nygaard were the critical men for FaZe so far, with Helvijs “broky” Saukants being handy on the sniper. FaZe fans better hope that loss to G2 was a blip on the radar because there are no second chances in the playoffs. Can FaZe win the million-dollar bonus here in Malta, or will this accolade continue to elude them?

Virtus.Pro, who is currently playing under the name "Outsiders" due to sanctions against Russian-based organizations, made two changes to their roster just over three months ago. Their trip to Malta for ESL Pro League Season 16 is their first appearance since the Summer break, and they came here to prove they could once again fight for trophies without their star player Mareks “YEKINDAR” Gaļinskis, who left for Liquid back in May.

The two new additions they acquired from K23, David “n0rb3r7” Danielyan and Petr “fame” Bolyshev, were relatively inexperienced, and therefore expectations were lower initially as we watched their development. Dzhami “Jame” Ali’s squads have been consistent title contenders over the last two years, and the standards for this new lineup were no lower. Therefore this Outsiders side needed to be competitive here in Group B. 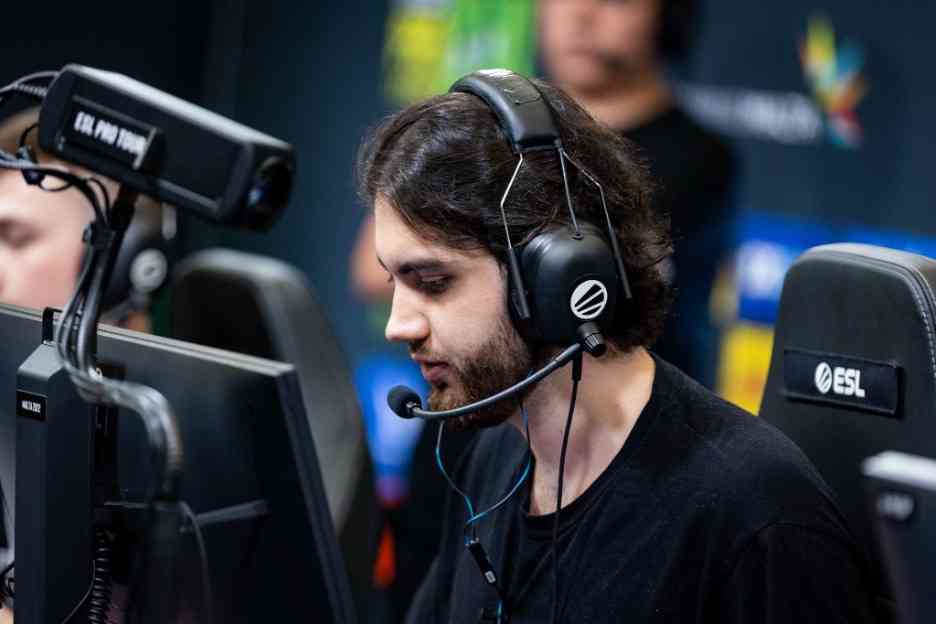 They began by making easy work of both BIG and the Portuguese side FTW, winning 2-0. They then had a tight loss against FaZe, who entered the group with the expectation of demolishing all competition, so a failure to Season 15’s winners is nothing to be ashamed of. Outsiders followed this up with a win over MIBR and, unfortunately, a loss to G2. They finished the group 3-2 but proved to the Counter-Strike world that they were a team to be feared again. Russian rifler Evgenii “FL1T” Lebedev stepped out as the star for the Outsiders side in Malta and looked world-class. Also, a strong partnership between Dzhami “Jame” Ali and Petr “fame” Bolyshev seemed to be emerging on the defensive side and looked very influential on the server.

Can the Russian/Kazakhstan squad continue this form into the playoffs and once again fight for titles akin to Virtus.Pro in 2021?

BIG and syrsoN are not competitive on LAN; fail to make playoffs in Malta

During the online era, due to the COVID-19 pandemic, BIG was a force to be reckoned with and won multiple tournaments throughout that period. The return to LAN saw a massive decline in the BIG side, and the Counter-Strike community is still eagerly waiting for the German side to lift a trophy at a LAN event. In their pursuit to win a tier one competition over the Summer break, there were changes in the BIG camp. 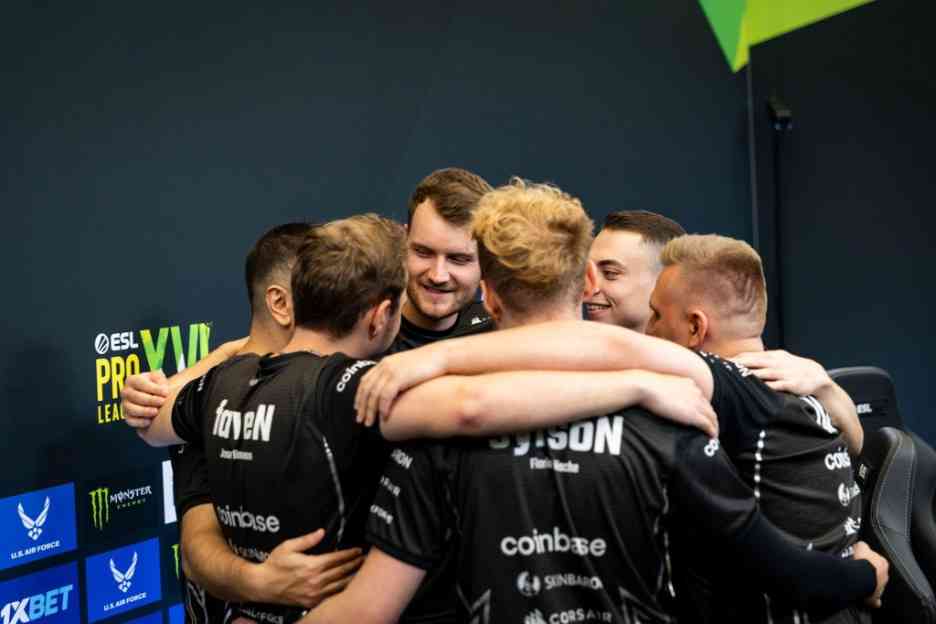 They entered their group with tempered expectations but had the playoffs as their goal. Sadly, it was not to be; they fell on the final day to FaZe, which meant they failed to continue in Malta. A key thing to note about this BIG side is the difference between their star sniper Florian “syrsoN” Rische’s performances on LAN compared to Online. For example, at Roobet Cup 2022, a tournament BIG won earlier in the year, the German AWPer acquired the MVP with a 1.23 rating. At ESL Pro League Season 16, Florian “syrsoN” Rische had a mere 1.05 rating. While not terrible, if the 26-year-old can replicate his online performances on LAN, things would look much brighter for this German side.

The lack of a playoff appearance is disappointing, but Johannes “tabseN” Wodarz’s side will look to bounce back with the RMR and the Major approaching in the coming months. Can BIG turn it around?

MIBR and FTW outclassed in Group B

Over the Summer break, both of these Portuguese-speaking teams changed their rosters. Henrique "HEN1" Teles was added to this MIBR, replacing the Imperial-bound Marcelo “chelo” Cespedes and taking over the AWPing duties previously held by the youngster from the academy Breno "brnz4n" Poletto. Across the Atlantic, over in Europe, ex-SAW sniper Renato “stadodo” Gonçalves joined the FTW project alongside Francisco “kst” Fragoso, who joined from Fnatic's academy team - Fnatic Rising.

With new rosters, these two teams aimed to make their mark in Malta but were sadly outclassed by the other four teams in the group. Both sides did win the odd map, MIBR winning a map over BIG and FaZe and FTW winning their sole map over the Germans from BIG due to heroics from 19-year-old rifler André “Ag1l” Gil on Dust2. Despite the odd map win, they both entered the final day without success, and the group ended with the two sides facing head-to-head to decide who would finish the group with a win and who would finish the event in last place.

Eventually, the Brazilians came out on top and finished the group 1-4, winning the matchup 2-0. This victory left the Portuguese side ending their trip to Malta at the rock-bottom of the group with zero wins to their name. Neither of these teams was at the same level as the more prominent names in Group B and struggled to compete. Given more time, hopefully, these fairly new rosters can develop and fight with the best lineups Counter-Strike has to offer.

Group B lived up to the expectations and was full of close matches with some high-quality Counter-Strike on display. Only two groups remain; who will join Vitality, Natus Vincere, Fnatic, G2, FaZe, and Outsiders in the Playoff Stage?