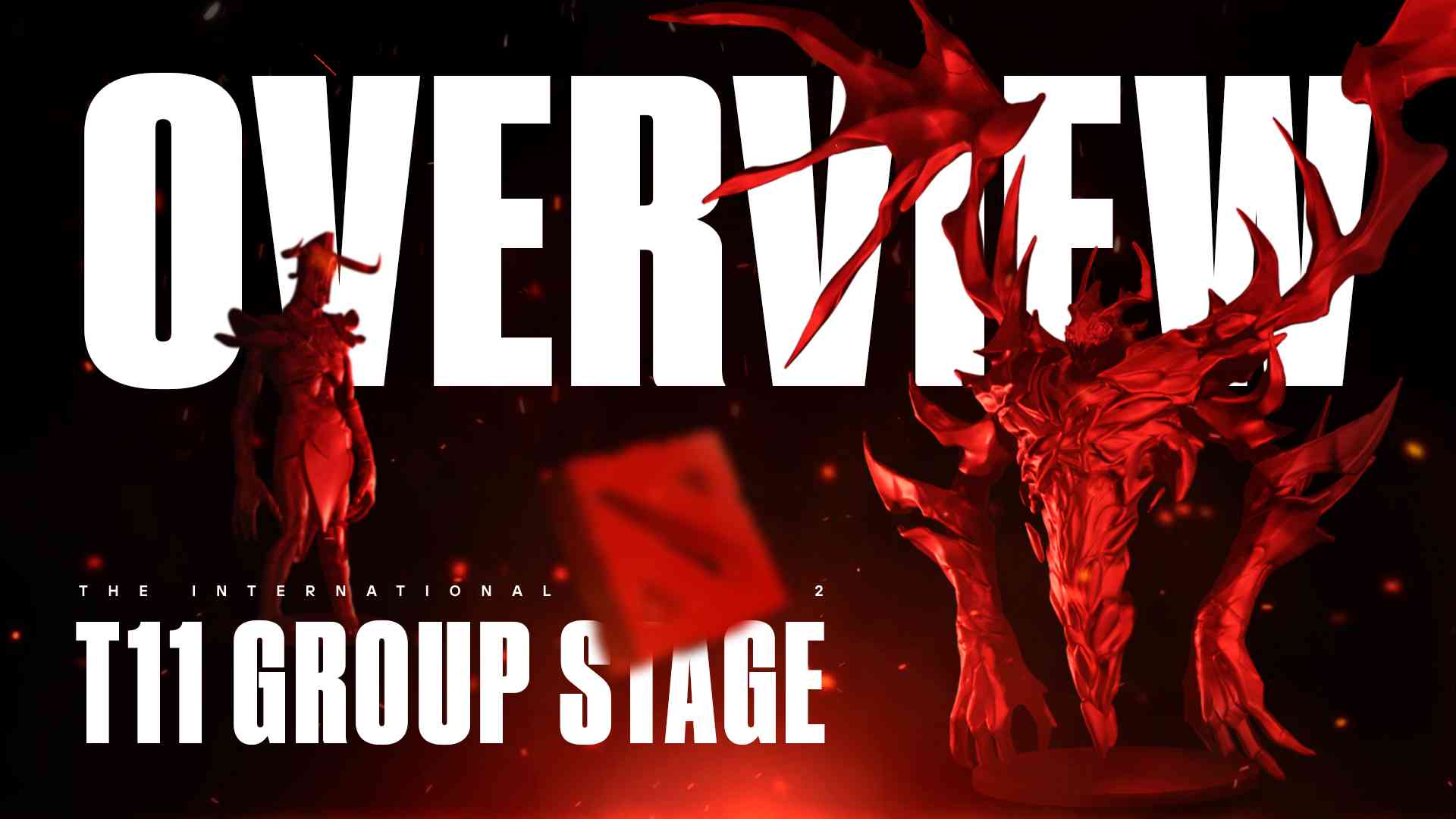 The Group Stage of the main esports event in the world of Dota 2 has come to an end. Two-hour pauses, underdogs' victories over absolute favorites, rampages and forfeits, tears of resentment and happiness… And the main event hasn't even started yet!

In short, the TI 11 Group Stage was very cool. And there's a lot to learn from it. We decided to identify the four most essential things from The International 2022 GS. Plus, we've included some interesting facts and trivia for the fans of numbers and statistics at the end.

What a decent Group Stage by the Evil Geniuses. Almost zero errors, perfect teamwork, and all the players, as well as the drafts from Kanishka "BuLba" Sosale, were simply excellent. The roster lost only to the super-motivated BOOM Esports (it was a win-or-die game for them) and the warmed-up Team Liquid, who are currently in unstoppable shape. This is a fantastic moment because often, EGs start their tournaments poorly and put up the speed along the route, gaining momentum closer to the end of the Playoffs. The Dota 2 community considers drafts the most critical thing to change: no Storm Spirit for Abed "Abed" Yusop & a frequent Shadow Fiend as a core hero.

However, one North American organization's brilliant success is denigrated by the mediocre (to say the least) performances of the other two teams from the same region. TSM did not win a single map in the entire tournament and was the first to be eliminated without any chance. Meanwhile, Sonics at least tried and sweated for tiebreakers. Alas, also unsuccessful.

Now Arteezy and his team will defend the honor of the region. How far can they go after such a brisk start? First opponent: Thunder.Awaken, and then the winner of the Secret/PSG.LGD pair. Rough!

By the way, in case you haven't seen our pre-Group Stage article with the storylines worth following, it's still valid. Older Dota legends, Pakazs' time to shine, Filipino pride, China's last chance, and Entity's trials of fire. All of this can still become a reality.

So far, Team Spirit is only a shadow of what they genuinely are: previous TI champions, as well as Arlington Major winners. They just seem to be unable to find their form. For the entire Group Stage, they simultaneously gave out champion-ish highlights alongside games worthy of DPC Division II relegation. The team won only one match and had seven draws and one defeat: the same number of victories meant tiebreakers for Entity and BOOM Esports.

But the most important thing is ahead. According to the grid, Spirit meets BOOM in a Bo1 match. And as we know, Bo1s can end quickly and painfully, and such a format does not give anyone the right to make even a single tiny mistake. Then, even if, in theory, the Dragons send the Indonesian team home, they will face PSG.LGD/Secret pair losers in the next round, with Bo3 this time. Probably, there are no worse opponents for TS: xiao8's gang will want to get revenge for the last year's Grand Finals, while Clement "Puppey" Ivanov will not just give up his real chance to take Aegis this time.

Team Spirit needs to pull together. But objectively, there are very few chances to become back-to-back champions and repeat OG's achievement.

It is difficult to say what exactly influenced these teams' great start. Only two things are clear: Lasse "MATUMMBAMAN" Urpalainen is currently running the best tournament of his career since TI7 (which he won, by the way), and Remco "Crystallis" Arets also looks pretty decent: he either finally relaxed and remembered that he was an incredible pos1 player, or Puppey simply found how to use that string right. Both carries dragged their teams to the second places of their groups. And if this was generally expected from MATU, in Team Secret, it's usually Michal "Nisha" Jankowski who carries his team.

The stunning form of both teams can be justified in two ways: they are simply the top EU teams in the region who lacked the strength (or desire) during the DPC season, or this additional warm-up tournament, LCQ, really helped. If LCQ is the actual reason, we need such a format at the next The Internationals.

One way or another, these two teams will aim high. And most importantly, they can do it.

Tundra Surprised Us All

And while many people praise the South American Regional Qualifier winner Hokori, the real discovery (or rather, the revival) of this Group Stage was the Tundra Esports. Yes, Tundra won their regional DPC League. Still, they had not participated in any tournament since August, when the team dropped from Arlington Major after a disastrous Groups Stage with a devastating score of 0-4-3. Before that, they also played poorly at Riyadh Masters. In the summer, many considered that the team was starting to break down from the inside; however...

Tundra did not lose a single match during the stage, the only team with such an achievement. Five wins and four draws, first place, confident play using signature heroes, great chemistry, and decision-making. Will they be able to extend the colossal success?

By the way, in case you missed it, take a look at their ingenious promotional campaign.

And a couple of interesting facts for you.

Following the results of The International 2022 Group Stage, Talon Esports, BetBoom, Sonics, and TSM left the tournament. You can follow the matches on the official broadcast on Twitch. And we, in turn, will try to provide you with more interesting articles. Stay tuned!