From Luminosity’s burgeoning course in MLG Columbus 2016 to Gambit’s stupendous run in the PGL Major Krakow 2017, to Cloud9’s unforgettable comeback in the final of ELEAGUE Major 2018, Majors in CSGO have always been captivating. Amidst the glory and tears of contentment, the highest stage of the game has also witnessed innumerable heartbreaks. It has happened on several occasions that a team got to a blistering start, only to be knocked out most brutally. Let's examine the cases where a team got eliminated after being up 2-0.

BIG in the Legends Stage of IEM Rio 2022

A considerable amount of firepower was diminished for BIG as Josef “faveN” Baumann was sidelined from the Major.

To make things worse the replacement was a 20-year-old rookie, Elias “s1n” Stein who had limited tier-1 experience. With the odds stacked against them, BIG managed to qualify for the Legends stage with a 3-1 score only losing to BNE. It got even hotter in the Legends stage as they faced stronger opposition than Grayhound and 9z. The dire straits induced the awakening of their star AWPer Florian “syrsoN '' Rische who averaged over a 1.40 rating to make sure BIG didn’t falter in the BO1s against Mouz and Sprout. But, once the BO3s ensued, BIG started to look vulnerable.

Read more: Aunkere: «Smooya is inadequate dude. He didn’t study the [visa] situation, didn’t ask what happened. He just started expressing his thoughts on the stream»

Against the home team Furia, the stars on BIG dwindled as none of the players managed to get a positive rating. Furia ended up winning the match 16-9 and 16-6 sending BIG to the 2-1 bracket.

The next chance at progressing to the Champions stage came against Fnatic. To turn the knife in their wounds, Fnatic picked Overpass as their first pick, a map BIG haven’t played in four months. Down 15-11, BIG managed to clawback 3 rounds in a row, only to lose 16-14 on the first map. The second map was Mirage, BIG’s own map pick. On the T-side, the 5 mustered-up T-side rounds gave the Germans a fair chance at winning the map. Unfortunately for them, syrsoN and Johannes “tabseN” Wodarz , who you expect to pull out BIG of such predicaments were found at the bottom of the scoreboard on the CT side. As a result, Fnatic took the map 16-7 and the match 2-0.

The Champion stage which was seemingly once within sight now started to disappear for the German squad as the final boss standing between them was Navi. And despite slow starts on both maps, Navi emerged victorious, ending BIG’s run in the IEM Rio 2022 Major.

GamerLegion in the Challengers Stage of IEM Rio 2022 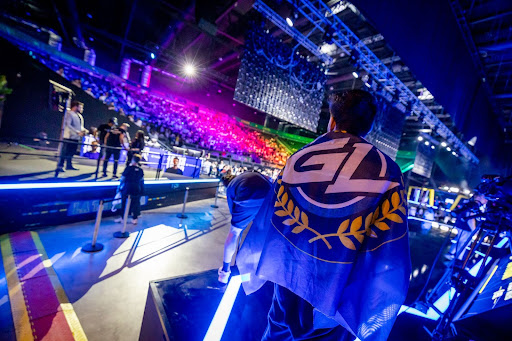 The team led by Kamel “siuhy” Szkaradek caught many eyes when they forced G2 to sit out of a major for the first time since 2015 by eliminating them from the RMR. At the apex of the heavy hitters in the team stands Frederik “acoR” Gyldstrand, who collected a lot of tier-one experience playing for Mad Lions and Mouz.

While he was quiet in the opening BO1 against 9z, GamerLegion looked in cruise control throughout the map and managed to close it 16-6. The next match was against Vitality. Head to head against Mathieu “ZywOo” Herbaut, acoR went on a tear as he recorded a blood-curdling 1.43 rating. siuhy’s 1.32 rating and 6 entry kills were monumental in GamerLegion’s 16-10 victory over Vitality. It seemed as though they were primed to qualify for the Legends stage, but things took an unexpected turn. GamerLegion hit a brick wall. Following two convincing BO1 wins, GamerLegion failed to win even a single map in the next BO3s. First against BNE, then Furia, and finally Cloud9, three back-to-back losses put a heartbreaking stop to GamerLegion’s Major run. acoR, who was held in high regard by everyone, ended the tournament with an underwhelming 0.9 rating to his name.

Forze in the Challengers Stage of PGL Major Antwerp 2022

The Russian young guns set foot on Antwerp's stage ranked as the 22nd team in the world.

Having beaten GamerLegion, OG, and SAW, in the RMRs Forze was not the team to be taken lightly. Starting off the Challenger stage, they met Renegades and BNE on Nuke and Inferno respectively. Both of the BO1s went swiftly for the CIS squad as their opponents couldn’t even reach double digits. Aleksandr “KENSI” Gurkin was the driving force in the wins as he added up to a 1.68 and 1.32 rating in the opening matches. On the brink of becoming a legend, Forze had to go against their compatriots - Outsiders. Despite the difference in rankings, the two teams had a rivalry going on.

Read more: DEVICE - The Return of The Prodigal Son

Forze had beaten the latter in Funspark ULTJ 2020 Europe Final, EPIC League CIS 2021, and ESL Pro League Season 14 while Outsiders had only beaten them once in a BO3. KENSI once again proved to be a force for resistance with his 1.10 rating - one, however, Outsiders managed to overcome as they won on Mirage and Inferno after losing their own pick Dust 2. With two chances still in their hands, Forze met Vitality in the 2-1 bracket. Once again, despite winning the first map Nuke, the team again collapsed, just a map away from claiming the legends status. In a last-ditch effort, they locked horns with Imperial who were ranked 32 in the world. What was supposed to be the easiest match of the three BO3, turned out to be their most brutal loss. Forze failed to win a single map - without even getting more than five rounds on the two. What could have been the making of another Russian rifle turned into a heartbreak as KENSI was benched from the team 5 months later.

Entropiq in the Legends Stage of PGL Major Stockholm 2021

When Entropiq qualified for the Stockholm Major, three of its players - Aleksei "⁠El1an⁠" Gusev, Aleksei "⁠NickelBack⁠" Trofimov and Viktor "⁠Lack1⁠" Boldyrev were total strangers to the Major turf. Despite their young age, the team showed incredible resilience against teams like Heroic and Astralis to attain the Legends status... El1an, who was the second highest-rated player throughout the Challengers Stage was the impetus behind their blockbuster results. Entropiq started the Legends stage on a high note by vanquishing Gambit and Team Liquid, both on Vertigo. Krad and Lack1 took turns leading the team and were supported by the reliable AWP of El1an. However, their depth in the map pool was put into question once the BO3s started. 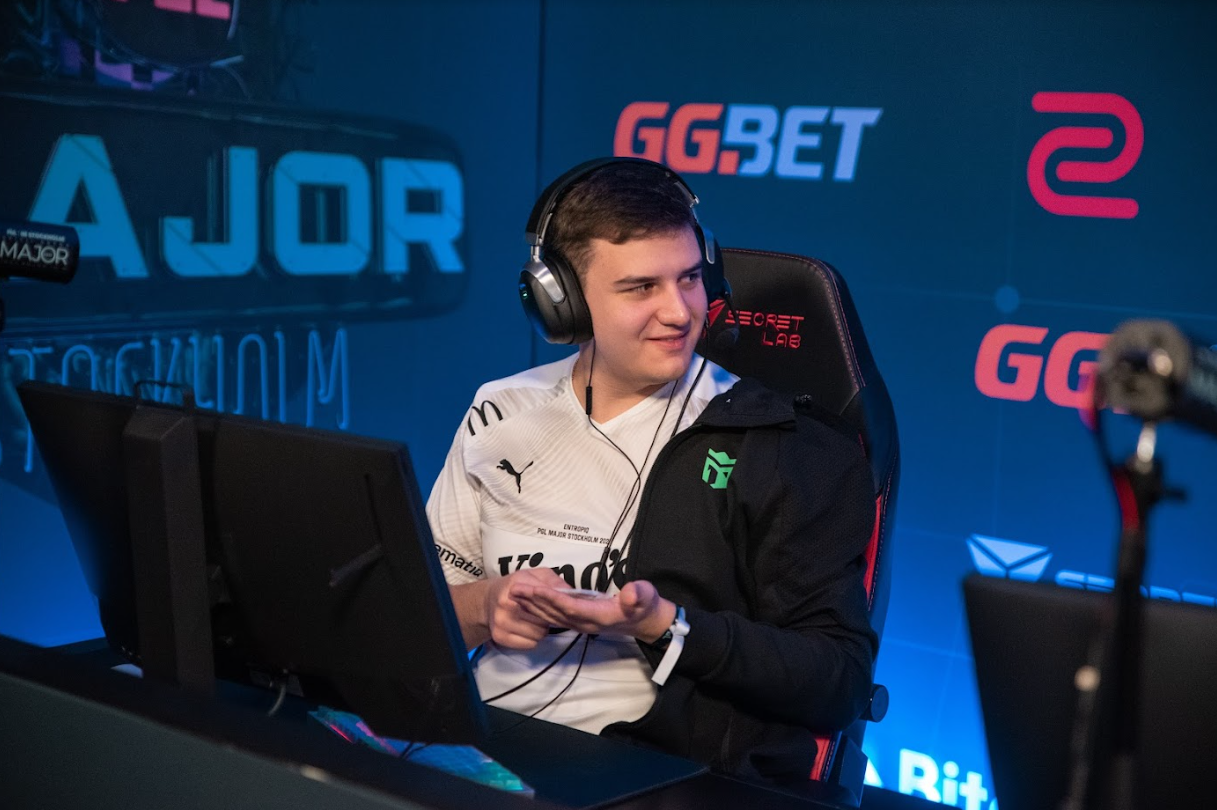 The young stars in Entropiq were reminded of the difference in skill by Nikola “NiKo” Kovac in their first BO3 against G2. Entropiq stood no chance against the Bosnian superstar’s monstrous 1.52 rating as he made shooting grounds of Mirage and Dust2. Furia, who got demolished by Entropiq, was their next shot at the Champions Stage. The elimination came against Vitality, and the AWP of El1an was tasked to handle the AWP of ZywOo. But, the former number one player was in no mood for mercy. He crushed Entropiq’s dreams and hopes by putting up a 1.49 rating across 3 maps. The Legends stage saw El1an's rating drop significantly from the 1.35 he earned in the Challengers stage to only 1.05 across 10 maps.

Tyloo in the Challengers Stage of IEM Katowice 2019

Even though the Chinese team has never come close to being a Major title contender, they have always been a thorn in the side of top-tier teams in the majors.

They have a long history of playing spoiler against teams that have made the mistake of underestimating them. A similar story took place at IEM Katowice 2019. Against Vitality in the opening BO1, they pulled off a massive upset on Mirage, winning 16-8. What many considered to be a fluke was about to be followed by something inconceivable. In the next match against Cloud9 consisting of Robin "flusha" Rönnquist, Fabien "kioShiMa" Fiey, and Timothy “autimatic” Ta, Tyloo prevailed 16-3, with 4 of their 5 players having over 1.45 rating.

With just one victory away from their second Legend appearance, Tyloo ran out of the road. In the next two BO3, they fought valiantly against NRG. On the first map, they were up 14-13 and on the second they were down 15-7. Both of them resulted in a loss, 14-16 on the first and 13-16 on the second. A similar story unfolded against Avangar in their second matchup as they lost both maps by a narrow margin. The 2-2 bracket match saw them go against G2.

Despite breaking the mold and winning the first map, The Chinese roster came crumbling down on Cache as they lost 16-2. As it turned out, Tyloo was outmatched on the final map of Dust2 by the French superteam. And yet again, a team crumbled to elimination after a strong start to the tournament.