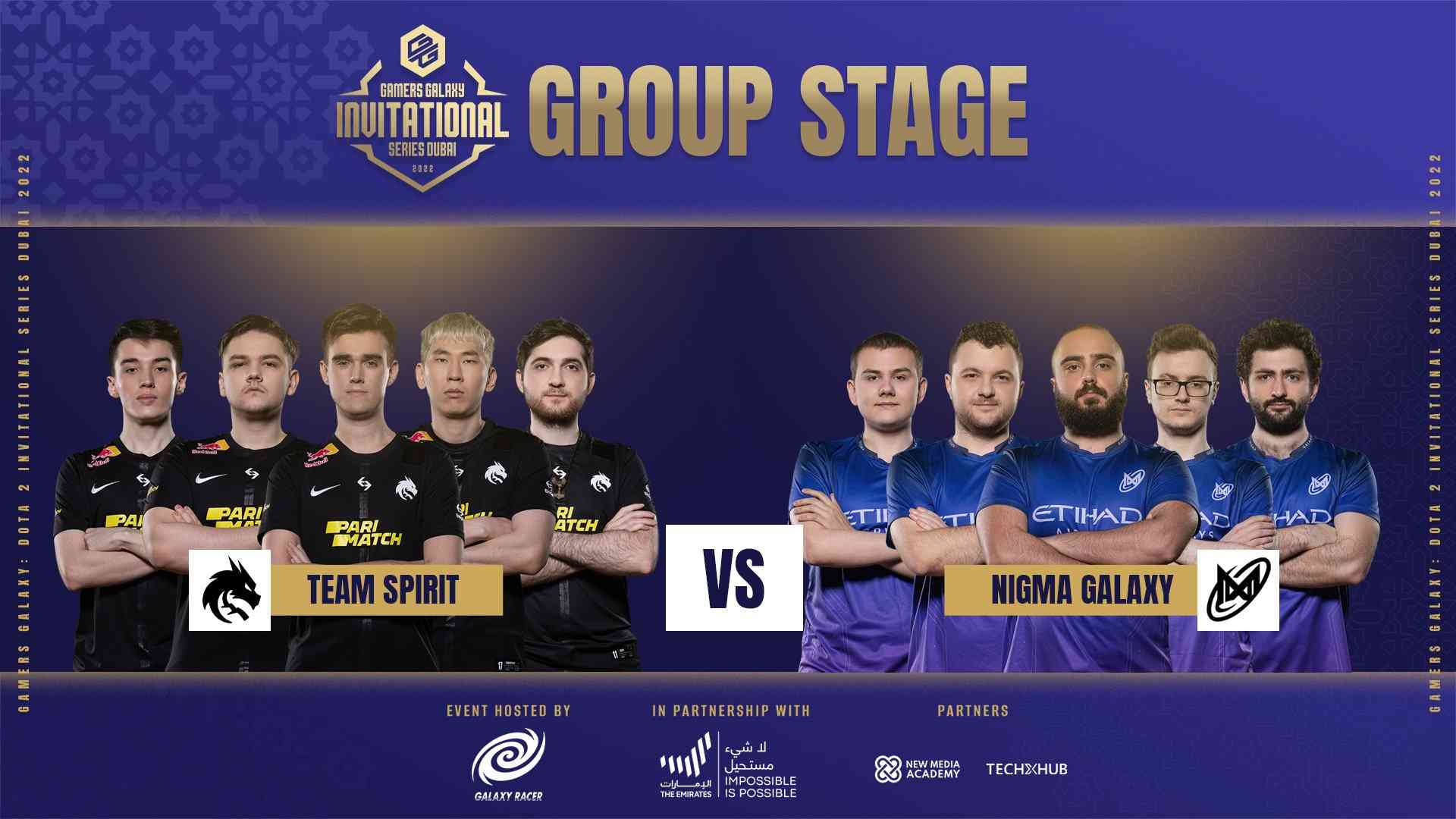 GAMERS GALAXY: Invitational Series Dubai 2022 is the first big tournament we have the chance to watch on Dota 2’s latest patch. People were eager to see some of the best teams in action after the end of the DPC's first tour; which is why this tournament in Dubai gained tons of attention.

The event itself allows the teams to compete for a pretty good prize pool; more than $272,000 USD. Moreover, it gives them the option to put their skills to the test against the best names in other regions.

Instead of inviting tons of teams, Galaxy Racer (the event’s organizers) decided to invite 10 teams originally. Although due to complications brought about by the current conflict in Ukraine, CIS-based team Virtus.Pro were withdrawn from competition.

Some people thought the remaining nine teams would have to play against each other. However, the organizers divided them into two groups, which they call A and B. The format had teams playing Best-of-ones, which definitely made the games more exciting.

As the GAMERS GALAXY: Invitational Series Dubai 2022 takes place from March 2-6, the Group Stage came to an end after just one day of play. A couple of interesting things happened, and this review will try to point them out.

Team Spirit is undoubtedly the favorite in Group A because the team won the Regional Finals. Needless to say, everyone expected Yaroslav "Miposhka" Naidenov and the rest to dominate Team Tundra in the first series of the group.

Following the solid laning stage, Team Spirit gained a significant advantage over its opponents. In fact, the team had an almost 9k net worth lead early on, which was impressive. However, Oliver "skiter" Lepko and his Chaos Knight secured a Rampage for TT, which allowed them to equalize the series. Sadly, Team Spirit was unable to recover and lost the first game in Group A, despite having a massive advantage early on.

In the second series, Team Spirit had to overcome another obstacle in the face of TSM. The latter lost their first match against NGX, so they had to win if they wanted to succeed in the group. Sadly, Enzo "Timado" Gianoli O'Connor and his teammates could not defeat the powerful TI champion.

Despite the fact both teams had a good start, Team Spirit controlled the game. The TI-winning roster won most of the early skirmishes, which gave them enough time to snowball. Needless to say, Anti-Mage and Invoker used this to their advantage and game TS the victory.

It seems like using a stand-in has a negative effect on the TI 10 champions' performance; because they were unable to defeat Fnatic. People expected Miposhoka and the rest to rip through the SEA team like a knife through butter. However, Jabz and the rest showed what they could and bounced back to secure an epic victory.

We expected these two teams to be equally matched, but in reality, BOOM Esports was better. The SEA powerhouse didn’t want to take any risks early on, which is why it played defensively. However, the team’s core heroes secured a kill on Roshan and got a significant advantage against their counterparts.

Team Secret’s Wisp and IO combination was potent, but this is one of the combos that need to be in the driving seat to be effective. Sadly, Clement "Puppey" Ivanov and the rest could not withstand the pressure from BOOM’s right-clicking monsters as Team Secret lost its opening game in Group B.

After the dominant victory against Team Secret, the SEA Powerhouse defeated NGX.SEA and OG. As expected, this allowed them to secure first place in Group B. This means they have become the first team to secure a spot for the Upper Bracket R1, where they will have to face the team that finished second in Group A.

Nigma Galaxy is back

We think it is safe to say that Nigma Galaxy is back. TI 7 champions were unable to utilize their rosters’ potential in the last two years, which is why some people expected the team to do drastic roster changes. However, Kuro "KuroKy" Salehi Takhasomi and the rest decided to stick together and overcome their problems. It seems like this was the right decision because Nigma Galaxy played exceptionally on the first day of the event.

The team started well by defeating TSM with little to no effort. Although the NA team had a good draft, the TI 7 champions outplayed them, keeping them from utilizing their rosters’ potential.

After winning the first match, Nigma Galaxy had to overcome Fnatic, one of the best teams in SEA. Anucha "Jabz" Jirawong and the rest did the impossible and won against Team Spirit. Sadly, even this victory was not enough to bring down the mighty squad of Kuro. After 40 minutes of epic Dota 2 action, Nigma Galaxy won a crucial match, which gave them a good lead before they had to fight Team Spirit.

The final challenge ahead of Nigma.Galaxy was Team Spirit. This was definitely one of the most interesting matches yet because both teams needed this victory.

The laning stage was slow, but Nigma had a slight edge due to their stronger laners. However, once TA got Desolator, she became the strongest hero in the game. This helped Team Spirit gain a substantial advantage. In fact, TS tried to push their opponents’ T3 towers just 33 minutes after the start of the game. Sadly, this did not go as planned and Nigma managed to secure a couple of crucial kills.

This allowed them to bounce back, but it was not enough to stop Team Spirit from winning. TA and Magnus were just too strong and helped the reigning TI champions defeat their colleagues. Needless to say, Nigma Galaxy won TI in 2017.