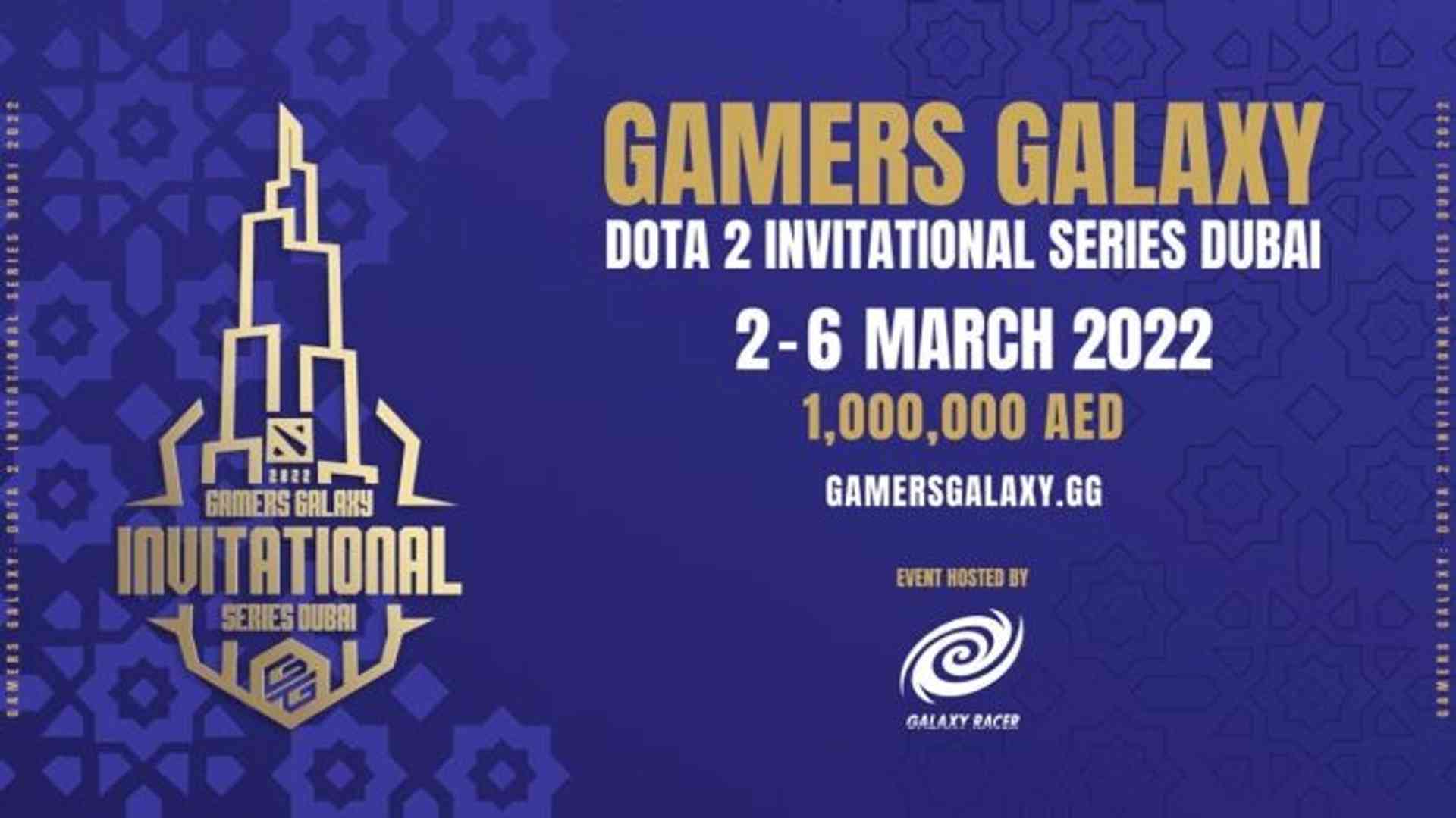 Dota 2’s newest update changed the game as we know it. Besides the new hero, the update changed some of the best heroes from the previous patch, added new items, and introduced various other changes. These things made the game enjoyable again because most people were fed up with the patch earlier.

The GAMERS GALAXY Invitational Series Dubai 2022 was critical because it was the first big competition on the new patch. The lucrative prize pool allowed it to gather the best teams globally. These ten teams were split into two groups. After the Group Stage ended, the teams had to play in the Playoffs.

If you missed out on any of the action from the past couple of days, we break down all the highlights for you here.

Team Spirit is not invincible

Let’s face it; the TI 10 champions are one of the best teams in the world over the last couple of months. After winning the most prestigious Dota 2 tournament, the CIS powerhouse shocked the world. Since then, Team Spirit had little to no problems in Eastern Europe’s Division I, winning the Regional Finals. This made them one of the biggest favorites to win the GAMERS GALAXY: Invitational Series Dubai 2022.

Unfortunately, the ongoing conflict in Ukraine had its effect on Dota 2. Vladimir "RodjER" Nikogosian had to stand in for Miroslaw "Mira" Kolpakov. As a result, Team Spirit did not have access to their complete TI winning squad.

Some people expected this could harm the team’s performance, and they were right. Despite being the favorites, the CIS powerhouse made several mistakes — including two losses in the Group Stage. After losing the tournament's first game against Team Tundra, TS didn't manage to defeat Fnatic either; despite being the heavy favorites.

TT and Fnatic showed everyone else that Spirit is not unbeatable, which motivated them to eliminate the champions. Despite winning their Play-in match against Nigma Galaxy SEA and the LB R1 against OG, Team Spirit could not overcome BOOM Esports. The latter is the best team in Southeast Asia right now, and it proved it yet again. BOOM Esports eliminated team Spirit in Round 2 of the Lower Bracket following the loss.

If we have to point at one team that stood out in this competition, it must be Team Tundra. Leon "Nine" Kirilin and everyone else from this team defeated opponents considered well above their belt. Don’t forget they were unable to show their prowess in the Western European Regional Finals; which is why most Dota 2 fans didn’t expect them to shine in this tournament.

Team Tundra looked motivated after defeating Team Spirit in the Group Stage. After the win, TT secured two additional victories against TSM and Fnatic. They had no problems in both games and deserved the wins. They then lost the match against Nigma Galaxy, allowing them to compete against BOOM Esports.

Almost everyone expected the SEA powerhouse to defeat Team Tundra; especially after their dominant performance in Game 1. However, Fata and co. bounced back in the series and sent the mighty BOOM Esports into the LB. Even more impressive, they team defeated Nigma Galaxy in the Upper Bracket finals. Maroun "GH" Merhej and the rest were considered the heavy favorite because of their dominant performance, but Team Tundra did the impossible and secured themselves a spot for the Grand Final.

Speaking of the big final, TT were up against BOOM Esports, another team that definitely deserves their spot among the best. Even though people look at BOOM as a T2 squad from SEA, Erin Jasper "Yopaj" Ferrer and his team has proved everyone wrong this year. They won the SEA Regional Finals and defeated some of the best teams on the stage in Dubai. Besides Team Secret, Yopaj and the rest also won against Team Spirit and even Nigma Galaxy.

With that being said, BOOM lost against Tundra Esports in the first round of the playoffs, so it was time for revenge. Sadly, this was easier said than done because TT was on another level.

The first game of the big final saw Team Tundra rely on IO and Gyrocopter, whereas BOOM picked Yopaj’s signature Ember Spirit. The teal also has Troll Warlord and Marks. Despite the good pick on paper, their EU counterparts controlled the game and gave Doom and Gyro enough space to farm and gain a considerable advantage. They utilized it to its full potential and got an Aegis and 7k+ net worth lead 22 minutes after the start of the game. As expected, this was enough to secure the victory.

After losing the first game, BOOM Esports bounced back in the series; picking Invoker, Void, and Tidehunter. These heroes allowed for some mighty team fight that was able to deal with the TT’s deadly draft. BOOM Esports had a sound laning stage and snowballed out of control in the mid-game. Their Faceless Void had a massive advantage over its competitors, which allowed the team to equalize the series.

After trading one game, both teams decide to pick interesting drafts for the third one. BOOM Esports had the more exciting draft because the team focused on Juggernaut, a hero we often don’t see.

Sadly, Juggernaut was not the best option for the game because Team Tundra countered it with Timbersaw. This hero had a massive impact on the European powerhouse and helped them gain a solid 15 net worth lead 22 minutes after the game started. Needless to say, this was enough to secure the victory and focus on the third game of the series.

Since Juggernaut did not work well for BOOM Esports, the SEA team decided to use some classic heroes in the patch. As a result, the team picked Templar Assassin, Sand King, and Bristleback. Interestingly, Team Tundra pulled a rabbit out of their hat because they got Broodmother.

Despite their massive advantage early on, several bad mistakes and TA’s stacks helped BOOM bounce back. TA became the strongest hero on the map a couple of minutes later because she got Desolator and the Aegis. Like other games where TA receives these items, the hero efficiently carried her team to victory and pushed the series into a final game five.

Even though we expected Team Tundra to ban TA after the hero ripped through them in game four, the team decided to let their opponents pick it. Little did we know, the EU team had a counter in the face of Jakiro. This is a hero that can quickly bring down TA’s Refraction and deal tons of damage.

Even though Jakiro did well in the laning stage, TT’s tactic was unsuccessful. Yopaj cleared tons of stacks and slowly started gaining her most essential items. During that time, BOOM’s Razor also got a couple of things, which allowed the team to dominate in the mid-game.

Although Team Tundra relied on their Juggernaut, this hero was not powerful enough to defeat BOOM’s cores. Jakiro failed to live up to the expectations and could not keep up with the opponents’ cores. Since the team couldn’t kill the SEA powerhouse’s cores, they couldn’t win a team fight. In the end, BOOM Esports delivered their knock-out punch and won their first big tournament after the Regional Finals.