Sources: Toplaner Gamsu has reached an agreement with Dignitas LCS 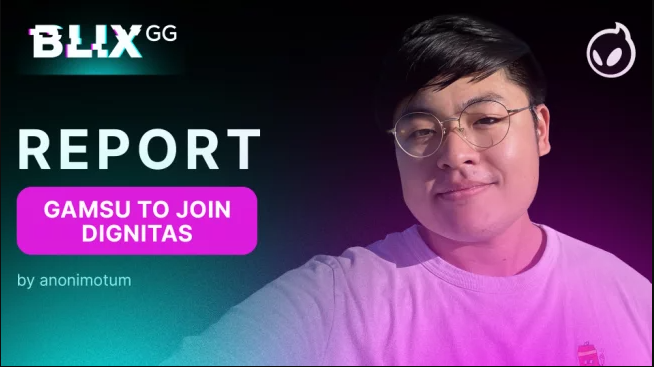 Top laner Noh "Gamsu" Yeong-jin has reached an agreement with Dignitas and will be the new Dignitas toplaner for the next LCS split; sources told BLIX.GG on Wednesday. This move would be preceded by the firing of Aaron "FakeGod" Lee, who was the toplaner of Dignitas in LCS for a year and five months. Dignitas already announced the departure of FakeGod and announced that they would be looking for a new toplaner, which all signs point to Gamsu.

Gamsu is a Korean player who already competed with Dignitas for a whole year in 2015. Before that, he debuted in some Korean teams like Samsung Blue, where he was a substitute for toplaner Acorn. The year after competing with Dignitas, he signed for Fnatic, and after six months, he was replaced.

The toplaner took a break from competitive League of Legends and returned to compete in 100thieves next for 2021. This last split of spring 2022, he competed in 100thieves academy and lost the final 3:2 against Team Liquid Academy.

Dignitas, in turn, had a good performance in the LCS 2022 Lock-In and started the Spring Split well, but finally finished seventh.

During a hiatus from competing in League Of Legends, Gamsu switched to competing in Overwatch. He built a successful career in Overwatch, winning an Overwatch League Stage with Shanghai Dragons in 2019 and earning over $70k in tournament winnings. A great achievement considering his start in video games was in League of Legends.