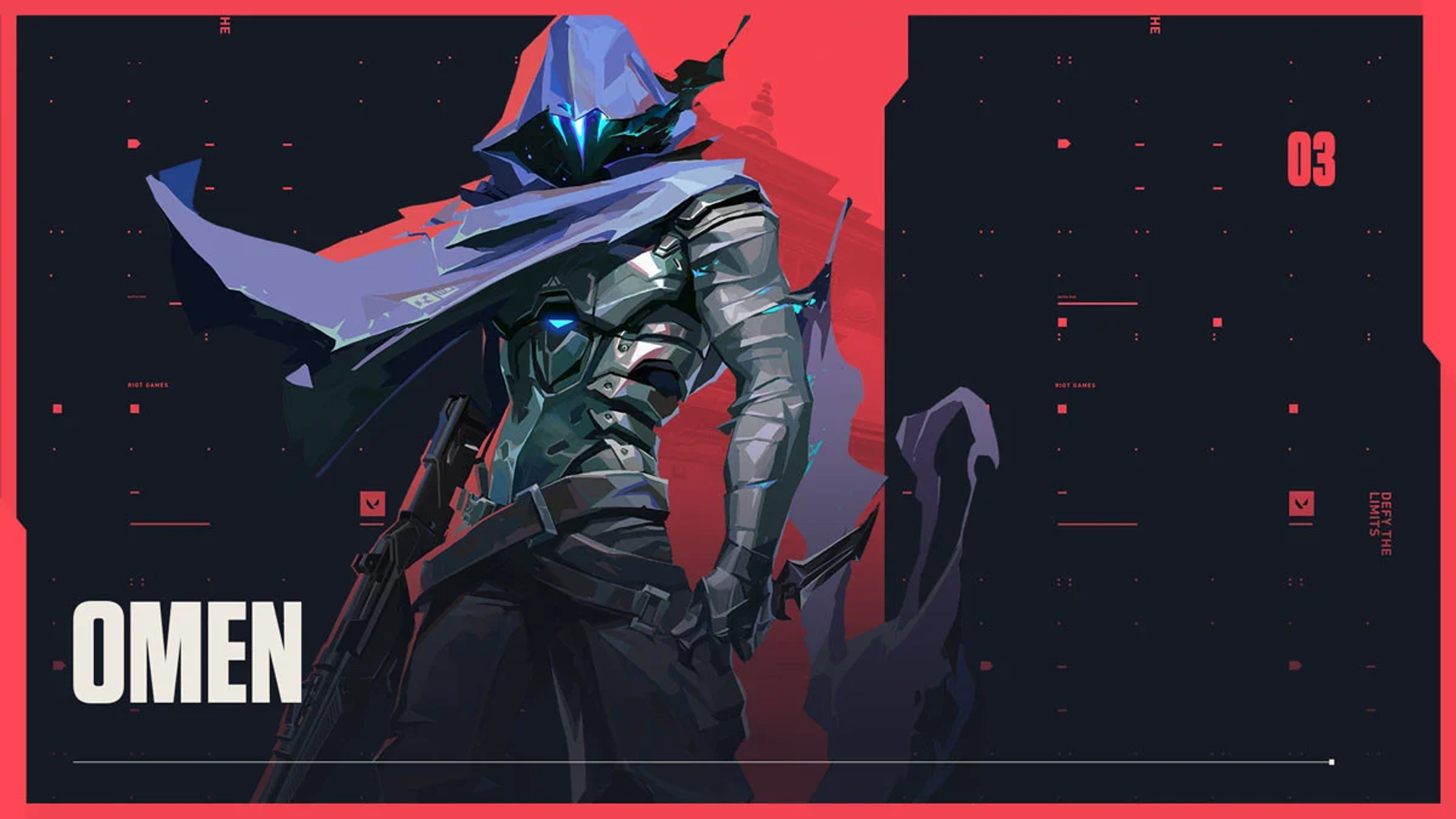 After getting into the Valorant Pacific league for 2023, Gen.G re-entered the Valorant scene with a new Korean roster. The team came swinging right out the gate, taking their first map against DRX — in a close 13–11 affair — in the Gwangju Esports Series Asia event. While Gen.G lost the series 2–1, their smokes player Yu “TS” Tae-seok was a standout, putting up a K/D/A of 25 / 13 / 9 on the first map on Omen. Here’s a look at some of the Korean controller’s plays that allowed him to frag out on Ascent.

Read more: VALORANT Pro Players By Past Games: A Study

TS ended the attack side on the map with a K/D/A of 14/4/2. The majority of his kills came from late-round situations. An ace on round 8 also helped prop his stats up.

On slower rounds where Gen.G defaulted, TS was tasked with holding A main for pushes; while supporting the rest of the team with smokes across the map, and when Gen.G was playing faster rounds he joined them and set up plays with his flashes. 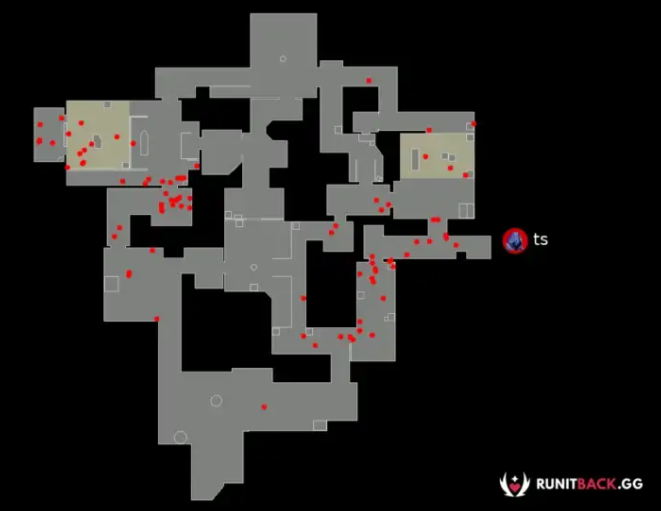 Most of TS’s kills happened either when he fought A main at the start of the round, or around B in the post plant. 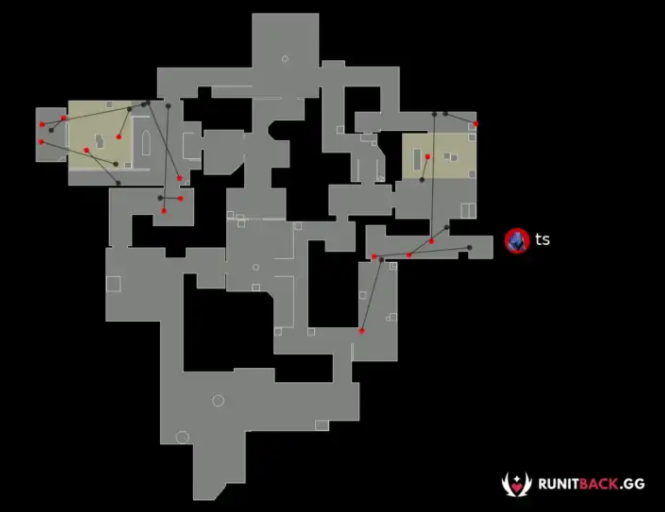 While in most cases TS would sit in A lobby and hold for any overextensions from the defense, he also would switch it up by trying to take A main with smokes.

Normal A main smoke to get the ultimate orb.

Because controller players usually aren’t put in positions to get opening kills and be aggressive (unless you’re ANGE1), they have to be very strong in clutch situations. TS showed his quick thinking under pressure in an ace clutch in round 8, using his ultimate to win out the final 1v1.

Gen.G came into the match with two fast rushes prepared; one for A main and one for B main. TS was involved with both by setting up a flash off spawn for Kim “Meteor” Tae-O to dash in with on Jett.

A Main rush: KAY/O knife A Main and Omen flash off spawn. As Jett dashes in, Fade’s eye lands, and Omen smokes Tree. 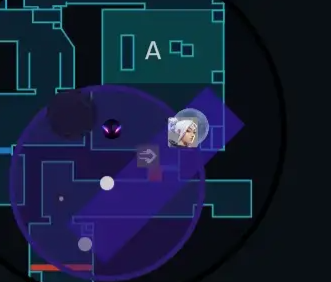 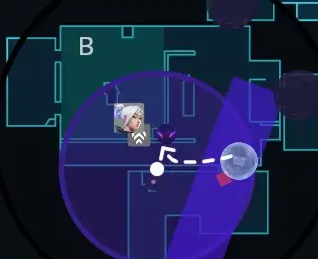 The second half of the match was a slower start for TS, beginning with a 3/7 K/D before two crucial 4k rounds happened. TS also wasn’t in as many high-impact positions as the sites he played were not getting hit.

Towards the start of the half TS played around A mainly, before swapping to the B side of the map. On A he either would push close to his one way in A-Main or go leave it and hold near Catwalk. When he went B he threw a one-way for B Main and played on-site. 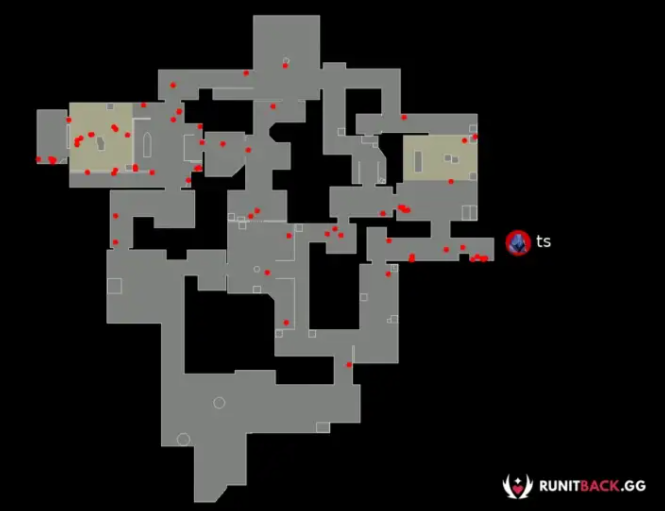 TS playing near his A Main oneway.

Most of TS’ kills came from two different 4k rounds — one on a B site hold and one on an A retake. 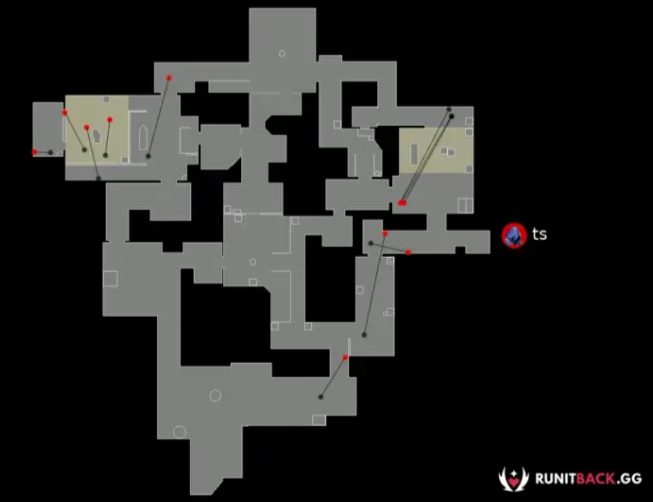 While TS had a slower start to the game thanks to the lack of fights he was given early, he finally got to shine in round 20, getting four kills holding down B site by playing around his utility perfectly.

Round 22 was another amazing round from TS. As DRX pushed onto A site, he went for a flank initially, getting a kill. After this, he fell back and regrouped with his team to retake from Spawn. In the retake he used a smoke For A Main, and flashed across the site, forcing the attackers to play back in Hell. By doing this TS was able to kill the now grouped-up DRX players, getting another 4k in the half.