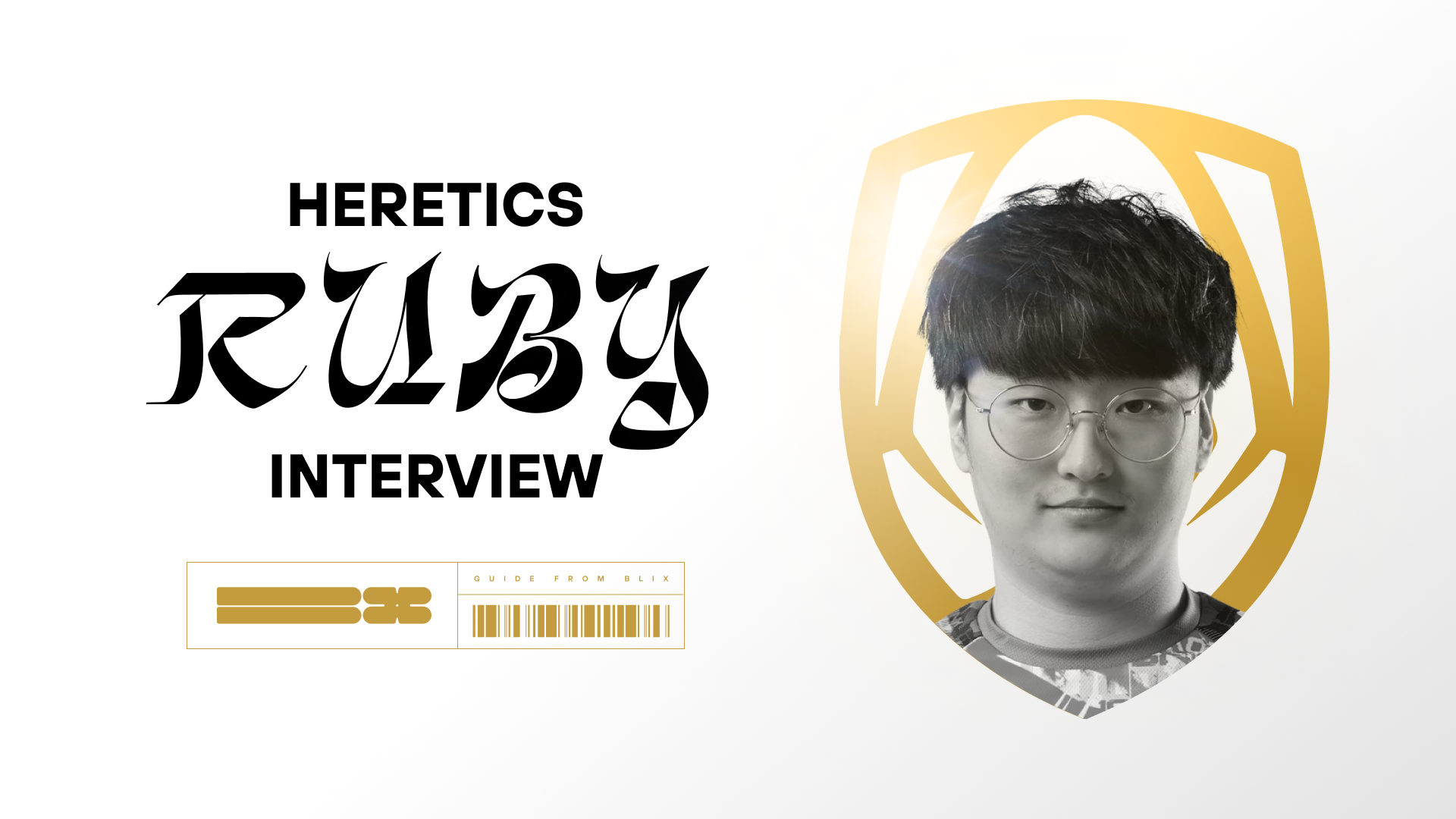 This year will be the one with the most changes inside the league, not only in terms of format, seeding, and even splits but also as team changes. Two new organizations come, a lot of new rookies, and the recent trend of importing new talent from outside, with the league having the most imports since its inception back in 2019.

The usual Korean youngsters are not the only non-EU players, since there's also Chinese jungler Bon and even the first Japanese player in a Western league, former DFM toplaner Evi, a very known toplaner in the international scene due to his constant MSI and Worlds appearances.

But, going back to the Korean players, one of the new rookies in this year’s LEC is Lee "Ruby" Sol-min, a 24-year-old midlaner that will be competing with the newcomer’s Team Heretics. Ruby comes to LEC after having spent the 2022 Summer split with Unicorns of Love in the German Prime League, becoming the undisputed best team in the region. Ruby was their most notable player, being considered by some people as the best midlaner in all ERLs at that time, besides an unfortunate quarterfinals loss against eventual champions Team Heretics (That’s ironic!).

BLIX.GG sat down with Ruby to talk about his previous experiences in other regions, expectations for himself and within the league, and other players in Heretics and LEC.

Javier "LEC_Gliscor" Siverio, BLIX.GG: The Heretics roster seems to be a very interesting project, having a Korean midlaner, a veteran jungler, a younger botlane pair, and the first Japanese toplaner in Europe. Would this mix of players and play styles propel this side toward success?

Ruby: I mean, we have a super talented young botlane pair, as well as the best toplaner in Japan and the best jungler in EUW. It can’t get much better than this. I’m not sure for now we can mix perfectly and make a big success out of it, but at least for me, I can learn a lot from these players and get better each time, and I’m pretty sure it will help me succeed.

BLIX: You are one of the few players that have got to experience playing in a lot of different regions so far (KR, LPL, PCS, ERL, and LEC). Do you feel any notable differences between them?

Ruby: To be honest, I have not played in Korea in a long time. I don't have any memories. But, in LPL and PCS regions, they like to draft fighting compositions and champions such as Lee Sin and Xin Zhao. About ERLs... I’m unsure about this region since there are many teams and leagues.

Lastly, LEC has a lot of really interesting concepts in the draft taken from a lot of EUW SoloQ players. I'm looking forward to some nice and funny drafts in the 2023 season as well, hopefully, I can show those picks as well.

BLIX: Do you have a specific team you want to face this split? And any specific midlaners?

Ruby: G2 and Caps. I want to face them because I’m hyped to play against the best team in EUW right now and to prove that I can be the best midlaner in LEC; then I should face G2 and Caps as many times as I can.

BLIX: What's your opinion on other Korean players in the league? (For example, Photon, Jeonghoon, and Chasy)

Ruby: They are big talents for sure, but they won’t be a huge threat to me and my team.

BLIX: What are your expectations toward this split and this year? What position do you aim to land?

Ruby: Personally, I expect to reach the playoffs this upcoming Winter Split. And, about this year, I’m pretty sure we can at least reach fourth seed to go to Worlds.

To be honest, I quite like what Ruby and Team Heretics are planning for this year. Make it or break it, this new approach will for sure set a precedent in how teambuilding and synergy should be approached.

Of course, with the team being headed by Peter Dun, one of the most reputed coaches in the scene, it will be a surprise if it doesn’t work out. The Spanish organization will be one of the most interesting teams to watch this year. Ruby and Team Heretics will be playing today at 20:00 CET against Astralis, so make sure to follow them.