Hjarnan: “I haven’t played solo queue for a little over six months so… I'm pretty much retired now.” 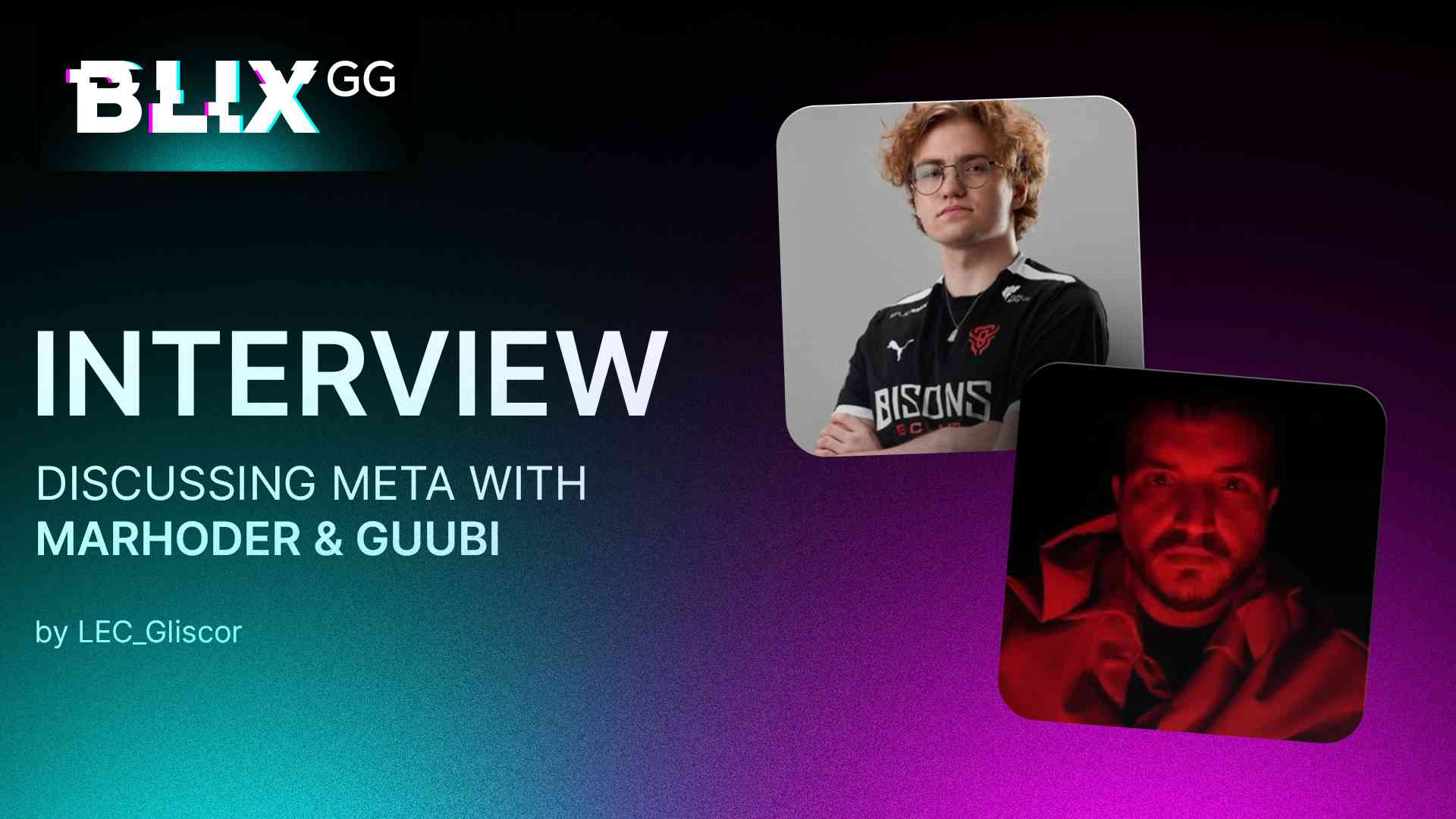 Before heading into their playoffs matches, Team Vitality bolstered their coaching staff with two additional members, with one of them being a veteran name in European scene, Petter "Hjarnan" Freyschuss.

While Vitality did not meet their superteam expectations in playoffs, finishing fifth and losing 3-0 to G2 Esports, there is still summer and the road to Worlds. We spoke to Hjarnan after their last playoffs series about his role with Vitality and stepping back from playing himself.

You joined Team Vitality as the positional coach quite early in the season as far as I know and I'm presuming you worked with Matyáš "Carzzy" Orság a lot. What was it like as your first job as a coach and how are you finding it so far?

Hjarnan: I mean, I don't only help Carzzy, I look out for everybody in the team and see what we can improve marco wise and everything like that. But on Carzzy, honestly he’s doing very, very good in scrims and he's always pretty much always winning his lane. So there’s not too much to complain about him. It's just sometimes he it trolls his builds a bit [laughs].

Of course, like everybody else, he does make mistakes in scrims but he is for sure a really talented player and I like his personality as well. It meshes good with mine where he’s kind of ‘troll-ish’ and not super serious, you know? It's really a pleasure working with all of these guys actually. All of the Vitality squad. Carrzy and Labros "Labrov" Papoutsakis are really an amazing duo and I'm happy working with them.

What was the most troll build you've seen Carzzy do in scrims? Was it on Heimerdinger, a pick that you're famous for?

Hjarnan: Sadly, Carzzy hasn’t played Heimerdinger yet. I tried to make him play but sadly, he refuses to! It comes with free wins too, it’s really sad…

Carzzy doesn’t hard trolls his builds per se. For example, let's say he has three items on a marksmen and he has 800 gold. He buys two Long Swords instead of a Stopwatch before an important fight, that's my like definition of troll building. It's not like he's actually trolling, it's just that sometimes he doesn't think about Stopwatch at important moments and mostly just builds damage all the time. He just loves to build damage. So it's not really troll, but it is kind of troll. I don't know how to explain it.

You're saying that he didn’t troll per se, but it could be better, right?

Hjarnan: Yeah, exactly! It’s not full troll but it could be better.

As a newer member of the coaching staff, from your perspective at least how did you see the series against G2 and did it meet your expectations?

Hjarnan: I think it was fine but I just felt like both teams were kinda lost when objectives were down on the map, that's why it was such a slow game on all three of them. It was basically just I think us screwing up some important moments, when we could just wait for next drakes, set up around the map and play simple League of Legends. But we got too excited in some moments, overchased and got punished for it.

In the past, some have told me that they think positional coaches are kind of ‘meh’. Some don't really see the need for it but some spoke positively of it. What's your opinion on positional coaches now that you're working as one?

Hjarnan: I think it's just if you're open to new ideas as a player and also actually want to get better, right? I think it could work but you also can't teach an old dog new tricks, so if you’re stubborn and do what you want do all the time and you won’t like listen to others, or you don’t take criticism or tips, then of course it’s useless.

But Carzzy for example, he really listens to everything I say and I feel like he improved a lot from the regular season. He has had some insanely good games. So I think for sure he's making improvements and he's getting more and more comfortable in the team as the main carry.

I mean, maybe they think I’m useless too, right? It could be the case. I try to help them as much as I can and hope it works.

Building on from that, you played for GamerLegion not too long ago in the Prime League for a decent amount of time. We’d like to know, are you’re fully retired now? Are you continuing on as coach?

Hjarnan: I haven’t played solo queue for a little over six months so I think it's leaning towards what I'm doing now, being an assistant coach or just being in any position where I can be useful. That's what I'm looking for right now. I will say I'm retired as a player but I haven't like taken the full step on accepting it, you know? If it makes sense. But yeah, I'm pretty much retired now.

Well then this interview can be your retirement announcement, I suppose!

Well then Hjarnan, Mr. big brain, let's get your thoughts on the bot lane meta a little bit. Despite the much celebrated nerfs on picks like a Aphelios, Jinx, Zeri and like this still seeing a lot them in the meta. What do you think the bot lane meta generally?

Hjarnan: Zeri is strong champion because if your team is winning, it's so hard to actually escape from this champion if you take a good fight with her. She can just run you down. And also, Zeri just seems so broken, right? Even if she’s nerfed or whatever, if she reaches three items, she stills deals the damage and can hard carry fights. So I feel like if you leave a Zeri open, you kinda need something like Aphelios that actually works and is good in lane.

For Jinx, obviously as you could see in our games we like trading Jinx for Aphelios, because we thought it was better. The Aphelios was doing good every game and we felt like Jinx didn't do much. So that was our take on it. After these three picks are gone, Xayah is fine. Ezreal, Karma are also fine when those three picks are gone. So it depends on how many bans there are.

After those three are gone there is also Caitlyn who is kind of strong, but I do feel like Caitlyn on stage games is just too slow. I think if she doesn't get going you don't get going, like getting all the turret plates and snowball in the early game, you gonna be kind of useless until late game hits. That’s why I think Caitlyn feels a bit like a bait on stage games. I feel like nothing else would really come in and take the place of these three champions if they're not banned in the game.

Hjarnan: Shoutout to Vitality. Thank you for giving me the chance to try to help them out, even though it didn't work out that well against G2. We got 3-0’ed, but I still have a lot of gratitude towards them for letting me try to be useful and coaching, as it’s my first time doing this. It's been a really cool experience for me and I'm really happy that they gave me this chance.

Thank you Hjarnan and best of luck with