Hot Take: MOUZ Would Find More Success With JDC Than They Will With Bymas 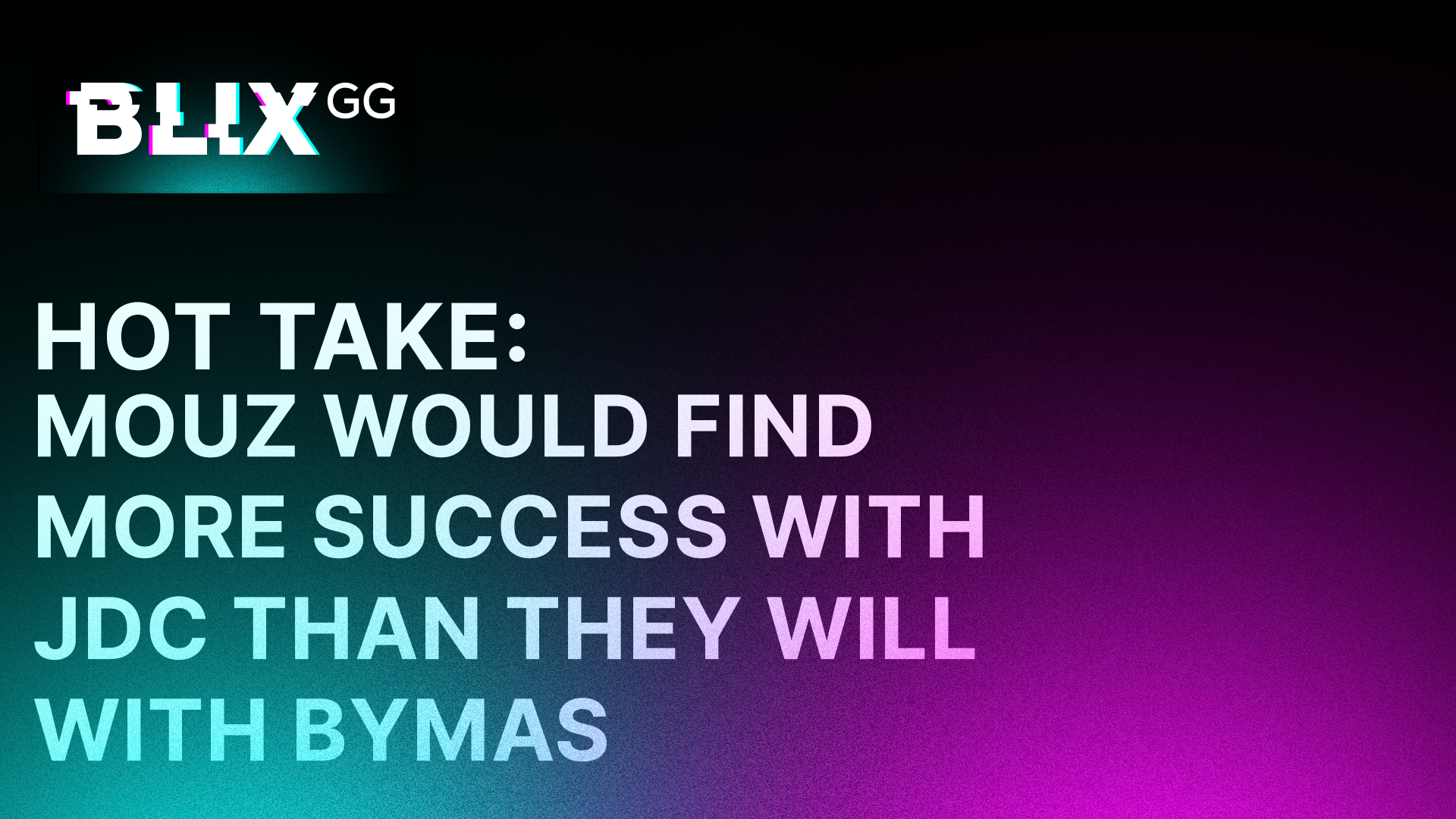 Two days before the Play-In stage of IEM Katowice 2022, Aurimas “Bymas” Pipiras tested positive for COVID-19. This meant the Lithuanian rifler could no longer compete, and German academy player Jon “JDC” de Castro was fielded in his absence.

MOUZ underwent a complete overhaul of their Counter-Strike division over the winter break, bringing in academy graduate Ádám “torszi” Torzsás and veteran player Nathan “NBK” Schmitt. The news of Bymas’ absence would have been a significant setback to the German organisation, hoping to start the year positively with their new project.

The inclusion of Jon “JDC” de Castro in place of Aurimas “Bymas” Pipiras was presented as a negative by both the organisation and the community. In this piece, we take a look at why the permanent inclusion of the German rifler would be a promising change for the European lineup.

Since Jon “JDC” de Castro’s inception into MOUZ NXT in June of 2021, the 21-year-old has been in stellar form. Over this time, he's averaged a 1.12 rating (according to HLTV.org). winning all three seasons of the WePlay Academy League and being the highest performer in Season 1. His efforts aided the team’s rise to their peak of #26 in the world until eventually, they superseded the main roster in the rankings. 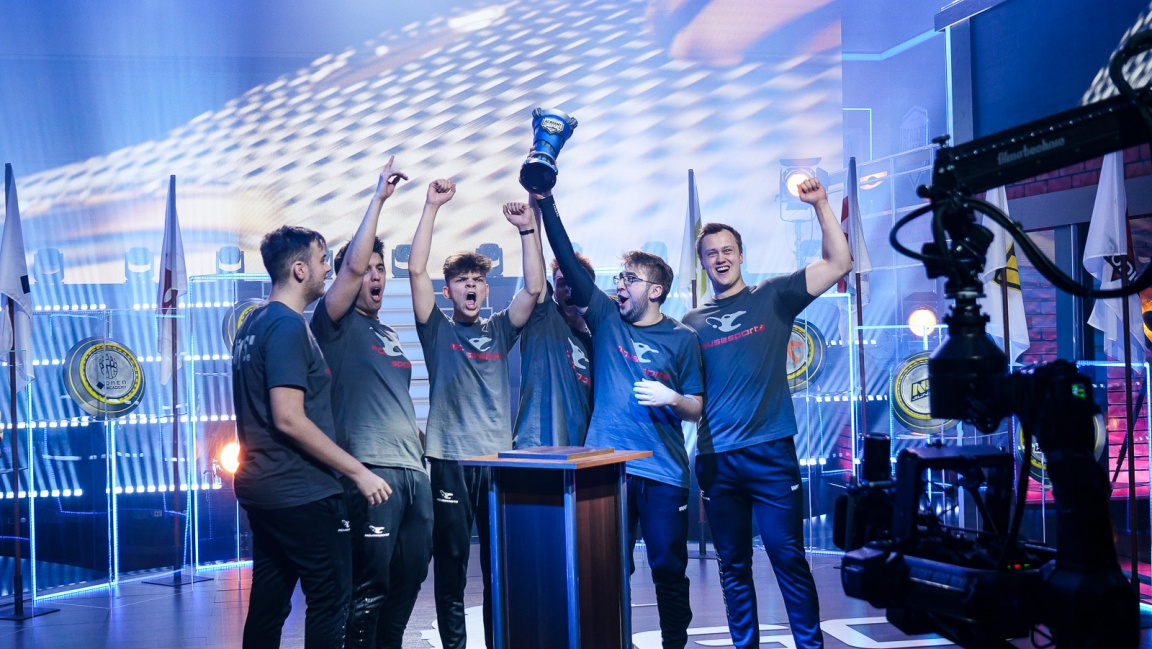 IEM Katowice 2022 was Jon “JDC” de Castro’s first foray into Counter-Strike at the highest level, and given the limited practice, he and the MOUZ roster performed excellently. Their initial matchup was against the Brazilians of GODSENT, where both he and fellow academy graduate Ádám “torszi” Torzsás dominated the opposition. What followed was an average showing against eventual IEM Katowice winners, FaZe, and a superb series versus Entropiq, who was ranked #10 in the world. These victories gained MOUZ qualification to the main event, at the expense of Entropiq and ahead of his countries’ finest - BIG.

MOUZ and Jon “JDC” de Castro struggled slightly more at the main event. Despite having close maps against Vitality and a commanding 2-0 win over OG, MOUZ ended their tournament run in 9-12th place, a positive result, especially given the circumstances. Considering the German’s lack of experience at the top level of Counter-Strike and the last-minute nature of his inclusion, JDC impressed at IEM Katowice and showed his worth to the entire scene.

A Special Sort of Chemistry

It was also apparent that the chemistry he built up with Hungarian AWPer Ádám “torszi” Torzsás and coach Dennis “sycrone” Nielsen at MOUZ NXT was special. These three have proven that together, they are capable of winning. All three were integral pieces in the meteoric rise of MOUZ NXT, and the bond they seemingly have on and off the server is priceless. If the three are given time to grow and develop at the highest level of play. It's entirely possible they can replicate that previous success in the biggest tournaments on the Counter-Strike calendar.

Aurimas “Bymas” Pipiras will be MOUZ’s fifth player moving into the future, leaving Jon “JDC de Castro in the academy. MOUZ NXT will not be JDC’s home forever, but this stint in the main roster has proven he is more than an academy-level player. European giants are looking for new additions to their rosters. He has heaps of potential, and I believe he can be a world star for years to come.

To preface, we're not saying Bymas is a bad player, he's more than earned his spot on this MOUZ lineup.

Aurimas “Bymas” Pipiras is a talented Lithuanian rifler who got his big break on FaZe, where he stood in for Olof “⁠ olofmeister ⁠” Kajbjer. These performances yielded him a spot on MOUZ. Across his entire tenure, he has averaged a 1.03 rating. This does an excellent job showcasing him as a player, he is solid and is relatively consistent but rarely dominates maps or series. 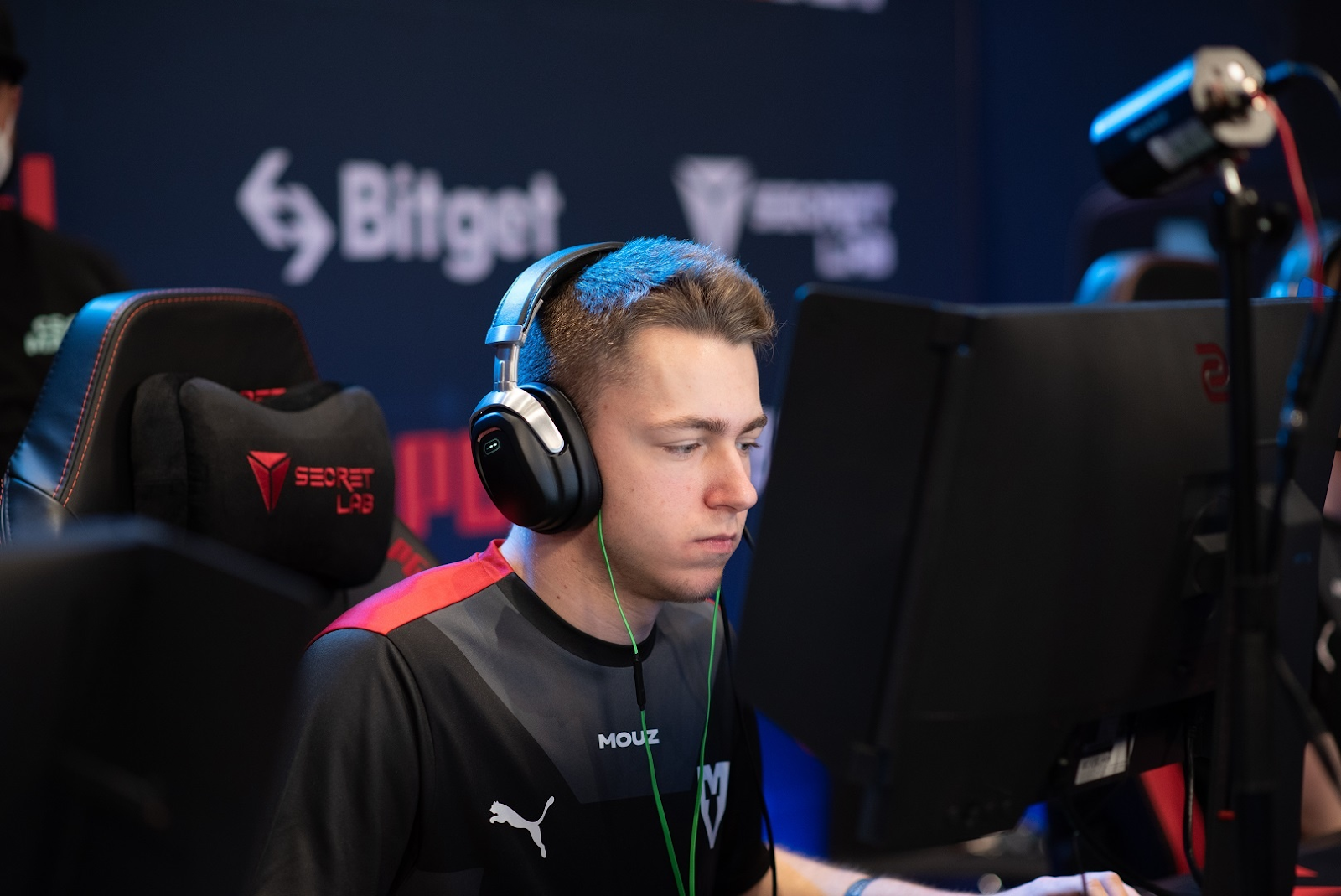 MOUZ ended 2021 playing in IEM Winter 2021 and Dreamhack Open November 2021, two events in which the European team failed to succeed. The 18-year-old averaged a 0.81 rating across the two events, finding little impact in most matches played. Despite this, Bymas has shown immense potential - a crucial part of their tournament win at Flashpoint 3 and even out-performing Robin “ropz” Kool at the PGL Major Stockholm 2021.

The newly created MOUZ has more significant potential to flourish than the previous roster. It's likely it will be the primary focus of the seasoned Nathan “NBK” Schmitt and coach Dennis “sycrone” Nielsen to nurture and develop the young talents on the lineup. David "frozen" Čerňanský is a proven top tier player, and if both Aurimas “Bymas” Pipiras and Ádám “torszi” Torzsás take the next step and blossom into high-level players, I have no doubt MOUZ can win tournaments in 2022.

Aurimas has the talent, but so far, in his 18 months with the MOUZ organization, he is yet to truly thrive. In my mind, it is time for either Jon “JDC” de Castro or even fellow academy star Dorian “xertioN” Berman to be given a chance to show their worth on the main lineup. MOUZ doesn't think that is the case, and that makes us excited to discover what Bymas can achieve as an individual in 2022 and if he can finally live up to his immense potential.