How Did BOOM Esports Manage To Win The DPC Regional Finals in SEA? 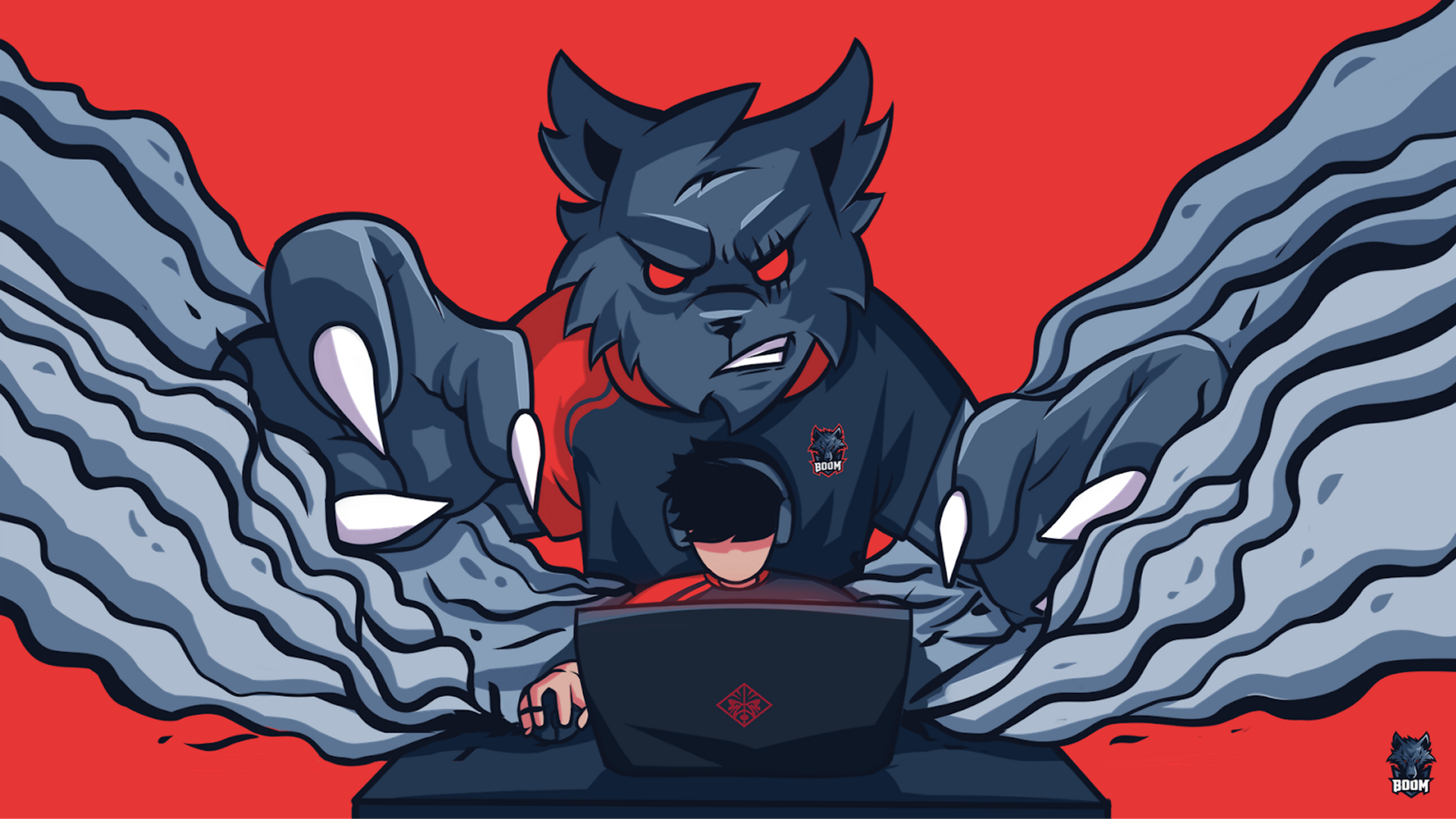 Southeast Asia is one of the most dynamic regions in Dota 2, especially over the last couple of years. Even though a few teams stand out, there have been numerous drastic roster changes after TI 10 that had a massive effect on the balance of power; This explains why the SEA DPC Division I results were surprising.

Even though no one expected BOOM Esports to dominate in most matches, the team had little to no competition. After losing only one series in Division I, BOOM Esports secured themselves the first spot and competed in the Regional Finals. Erin Jasper "Yopaj" Ferrer and the rest had to go up against three SEA powerhouses - Fnatic, T1, and Team SMG.

Each of these teams had what it takes to win the Dota 2 SEA Regional Finals, but in the end, BOOM Esports managed to overcome their rivals. 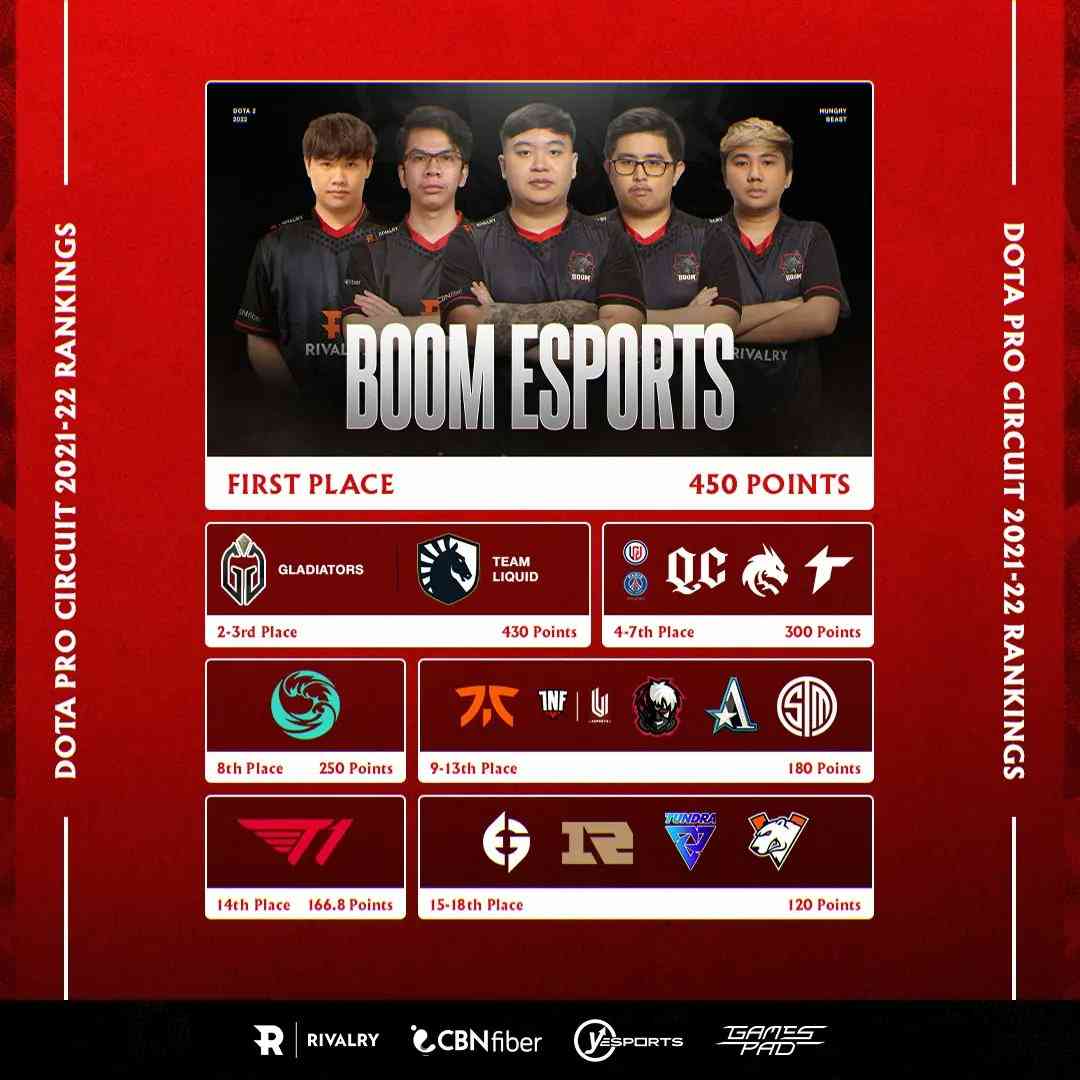 Although it wasn’t easy, Yopaj and the rest deserved their victory and the chance to prove to the world that they were among the best. Let’s look at what the team had to go through to get there.

Round 1 vs Team SMG

Since BOOM Esports finished first in Division I, the team had the opportunity to play against the fourth team in the group. In this case, it was Team SMG, a roster that many people didn’t expect to shine. However, Yeik "MidOne" Nai Zheng and the rest proved that others have to respect, which is why BOOM had to step up their game if they wanted to win.

Unfortunately, MidOne’s experience was not enough for Team SMG to bring down their powerful opponents. Interestingly, BOOM decided to pick a similar draft in both games. Instead of focusing only on the meta heroes, the roster relied on Medusa, Mirana, and Lion. On the other hand, Team SMG picked Morphling, Spirit Breaker, and Tusk.

Even though neither team had a massive advantage over their opponents in either game, BOOM Esports played better. The team’s tactic was to allow their Medusa to gain as much farm as possible to carry her team. As expected, MidOne and co. tried to prevent this from happening, but their efforts were futile. BOOM Esports needed around 35 minutes in Game One and 39 minutes in Game Two to defeat their opponents send them to the Lower Bracket.

After defeating Team SMG, BOOM Esports had to face their biggest challenge yet in the face of T1.

T1 is one of the teams in SEA that changed their roster several times in 2020 and 2021. However, after acquiring most of TNC’s players, T1 became a force to be reckoned with and one of the big favorites to win the DPC.

As expected, the series between the two was entertaining to watch because both teams drew on everything they had to win. In Game Two, T1 and BOOM picked similar drafts to focus on the late game. Although BOOM’s Wraith King had a solid advantage early on, T1’s TB and LC combo managed to bounce back and out farm their opponents. There were a couple of close team fights, but T1 got a slight lead and won in the end.

BOOM Esports was not going down without a fight, which is why they managed to win Game Two. This time, the SEA powerhouse picked QoP, PA, and Bane, who had no problems against T1’s draft.

The final game of the series was the most interesting one yet because BOOM Esports and T1 played for almost one hour. Despite having Lifestealer, T1’s Razor, WK, and Batrider setup were more substantial than the powerful right-clicking hero. As a result, T1 defeated BOOM, forcing them to play in the LB.

After sending Team SMG in the Lower Bracket, MidOne and the rest had to go up against Fnatic. Surprisingly, the team managed to eliminate Armel Paul "Armel" Tabios and the rest, so they had the chance to go up against BOOM for the second time.
Sadly, Team SMG could not defeat the leaders in Division I, despite winning one of the maps. BOOM took the lead in the series after picking Medusa again, but game two favored team SMG. BOOM Esports had a solid start and allowed their TB to accumulate a lot of farm. However, SMG’s Drow Ranger and Ember Spirit combo were too strong, even for the powerful Terrorblade.

After exchanging two victories, it was time for the decisive game. Team SMG tried to pull a rabbit off their hats by picking Tiny and Grim, whereas BOOM decided to utilize the Naix bomb with Ember and Lifestealer. It seems like Timothy John "Tims" Randrup’s tactic was more successful because the team ripped through its opponents. After 33 minutes, BOOM Esports defeated Team SMG and secured a spot for the Grand Final.

The Grand Final vs T1

T1 was the only team that defeated BOOM in the Regional Finals, which is why the Division I leaders were eager to take revenge. It wasn’t easy, but after four amazing Dota 2 games, BOOM Esports managed to win the qualifiers and will have the chance to represent their region.

The first and the second game were one-sided because BOOM simply had a better draft. Although T1 tried to bounce back in game one because they had Viper and Lina, game two lasted only 20 minutes. BOOM crushed their opponents during the laning stage, so T1 decided to focus on Game Three instead of trying to bounce back.

Speaking of Game Three, we finally had the chance to see Templar Assassin in action. What’s even more impressive is that T1 picked BM and Ogre; two heroes who've proven to be very important for the right-clicking monster.

Despite having Troll Warlord, BOOM couldn't deal with T1’s right-clicking roster. Kunkka and TA had a definite advantage over Troll and Timbersaw, which is why we had the chance to watch the fourth map in this Grand Final.

Even though the momentum was on T1’s side, BOOM’s TA and Lina made the difference and allowed the team to win this incredible Grand Final. Interestingly, Mc Nicholson "Mac" Villanueva had to stand in for Karl "Karl" Matthew Baldovino because he could not participate in the most crucial game for his team. It seems like this change affected T1’s performance because the club couldn’t utilize its rosters’ potential.

A couple of big team fights gave T1 a glimmer of hope, but BOOM was in control throughout the entire game. After 36 minutes of play, Souliya "JaCkky" Khoomphetsavong and the rest won and proved to the world that they are the best teams in Southeast Asia, at least for now.