How To Play Dota 2 Fantasy 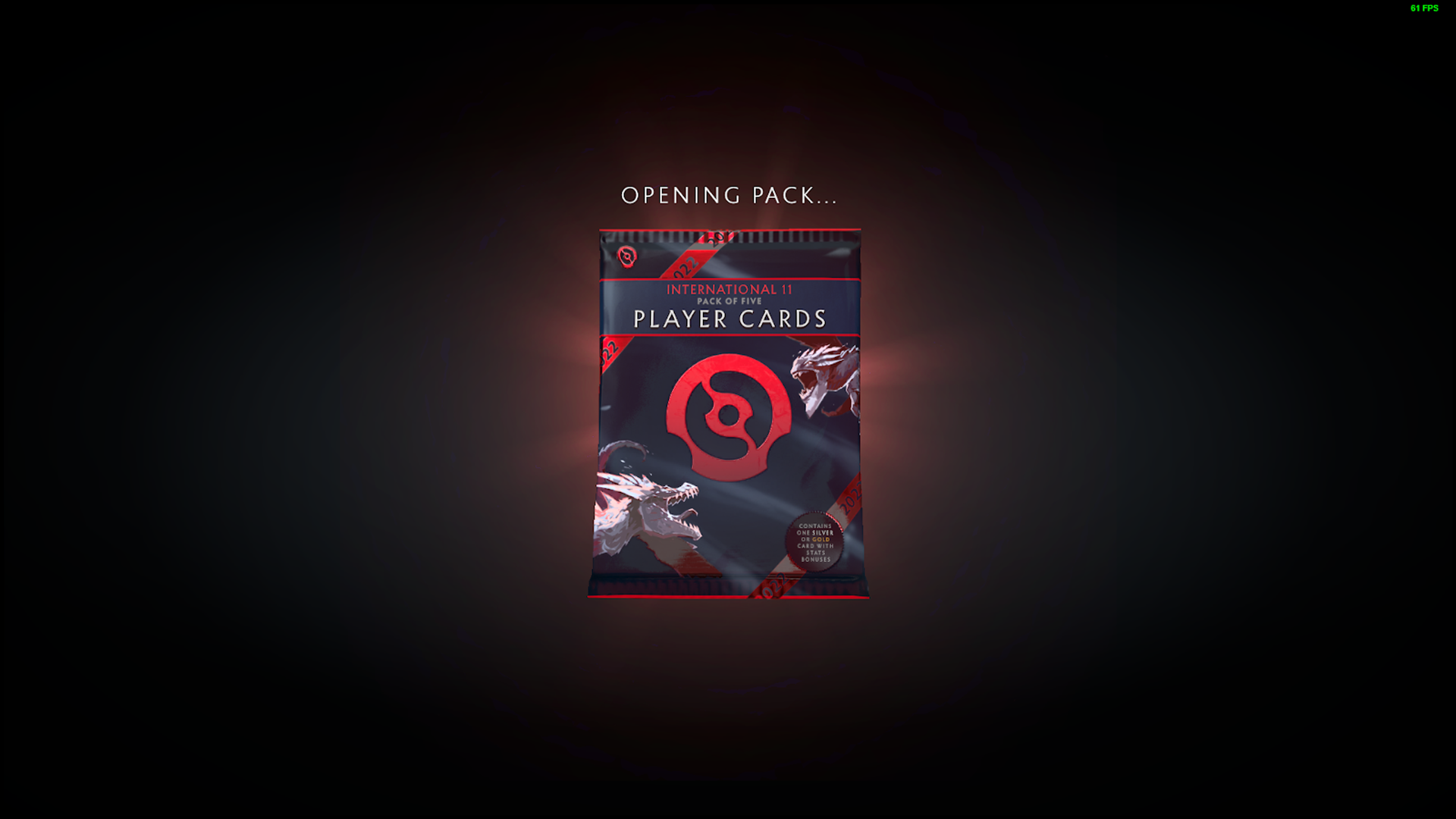 Dota 2's game client has a built-in Fantasy League for everyone. It is not even necessary to buy the compendium to participate, by the way. And as always, if you succeed and earn a lot of points there, you'll be granted unique Fantasy Treasures. In general, no one obliges you to play Fantasy, and this does not affect the progress of your Battle Pass if you have one. However, this tool helps stir up interest in the matches and encourages you to follow the different indicators of the players and delve into the numbers.

Still, Fantasy is something made for hardcore fans and statisticians, so don't overwhelm too much if you fail. It's just a way to predict stuff, and if you can do it successfully, you'll earn high. 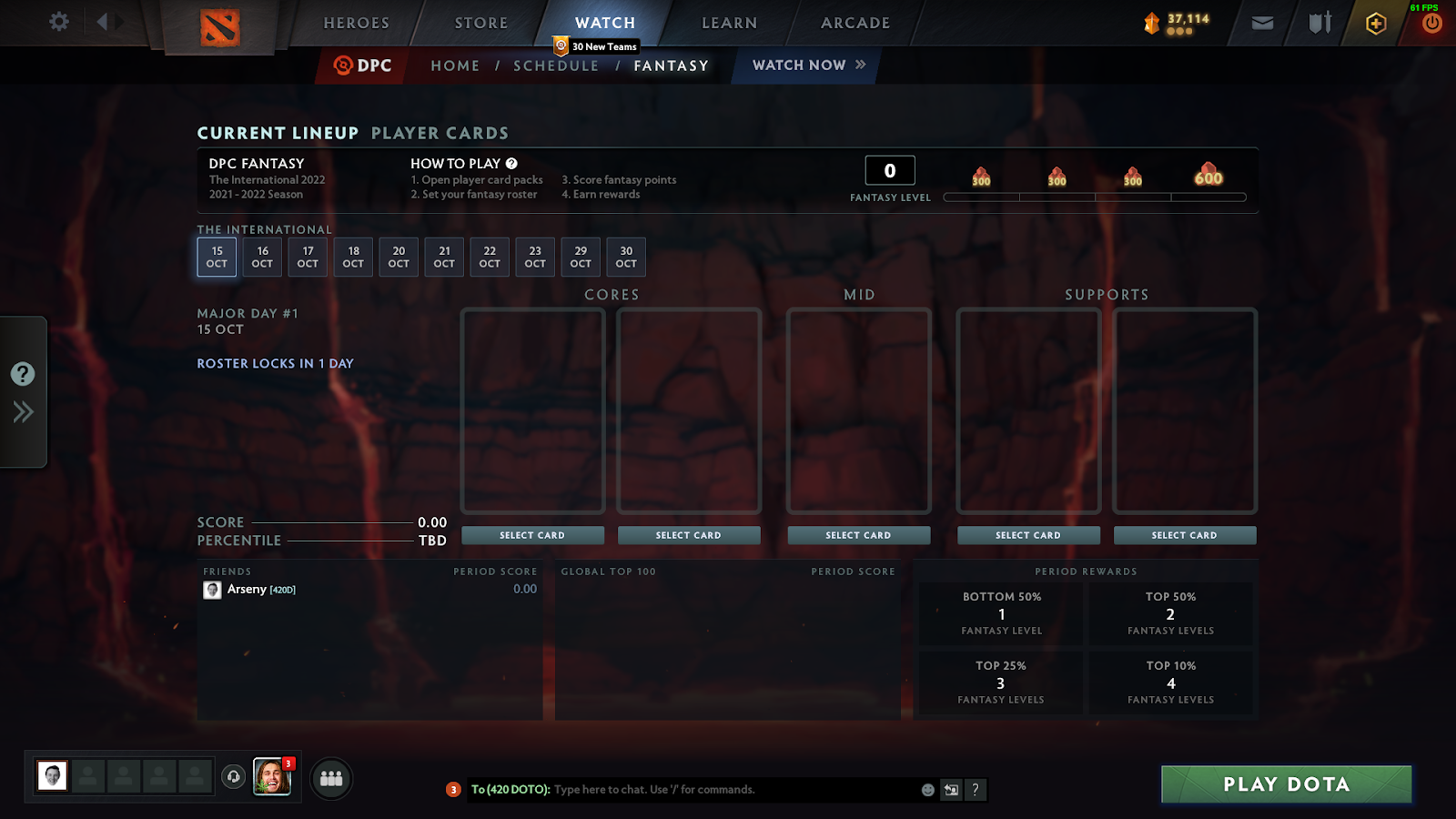 You have a digital board where you place players' cards. Each card brings points for various actions of real professional players during TI11: kills, GPM, XMP, deaths, assists, Roshans, wards, dewards, camps stacked, stun time, and so on. Each role has different variables. Fantasy participants buy sets of cards with real esports players and assemble the optimal composition: three cores (carry, mid, and offlane) and two supports. To know how to play Dota Fantasy, just open the Dota 2 game client, go to the Watch tab, then choose Fantasy and select the players that will represent your team that day.

Dota 2 Fantasy has player cards from all teams, which are divided into bronze, silver, and gold. The higher the card's value, the more bonuses it brings—for example, a golden EG.Arteezy will get 10% more points for participating in team fights, 15% for kills, and 25% for camps stacked.

Currently, ordinary players can earn one pack per day for winning a match or buy them with cash (50% of sales will go to the team). 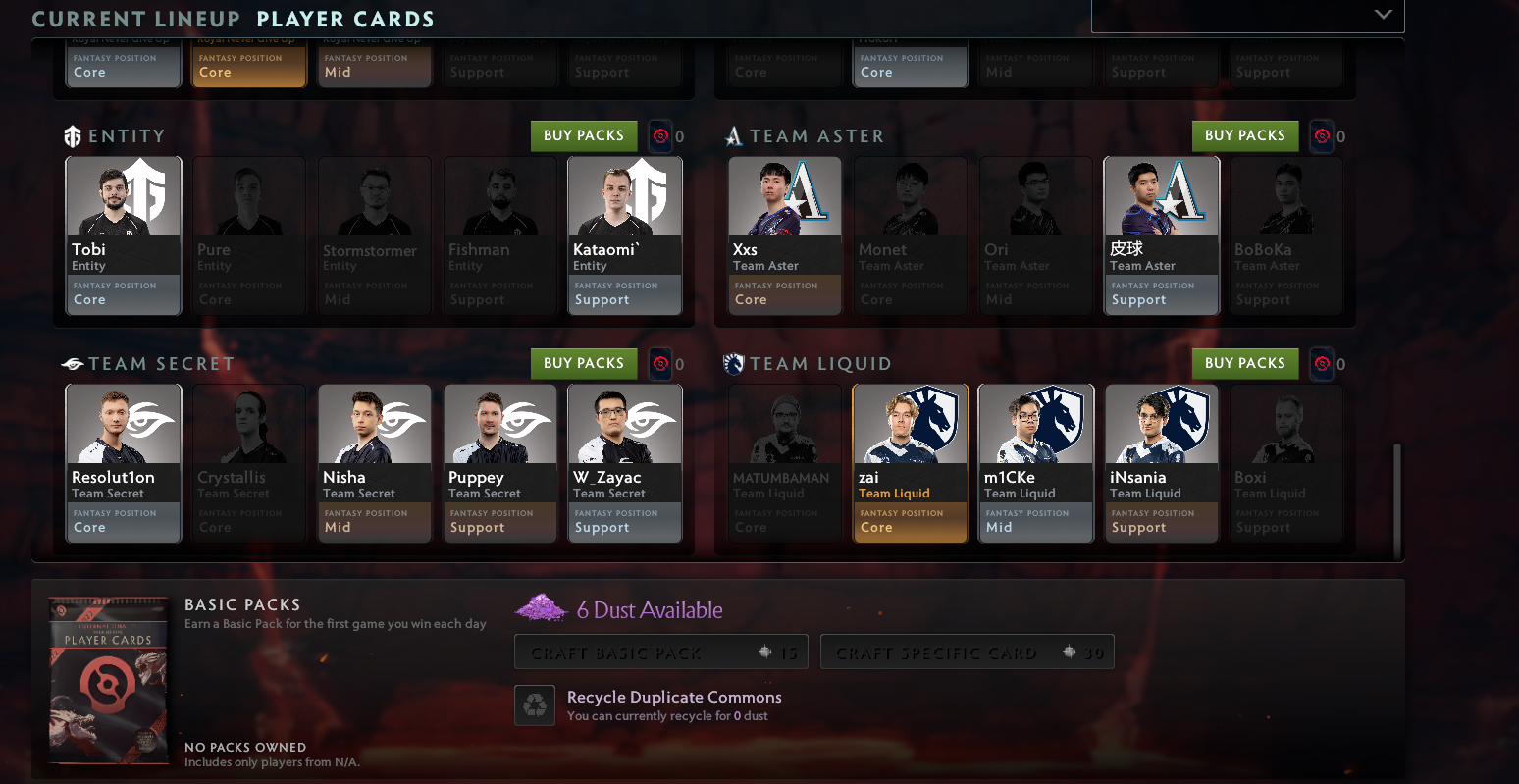 Beating your friends here might be challenging, so here are a couple of useful tips for Fantasy. First, you need to follow a well-defined strategy. If you have not yet found a formula, check these out:

Valve has recently updated Fantasy rules. Now, a player card won't bring you points for the two best maps played, only for the best of all of them. Therefore, it is better to choose players who participate in more games to increase your chance of scoring maximum points.

Also, on gold, silver, and bronze cards. A weaker player's gold card is not always better than a stronger player's standard card: look carefully at what bonuses they give. Wards +10% will not bring much for core or mid players, while Kills +20% is useless for supports.

Picking a clear favorite is not always profitable. If the game ends in 20 minutes, the players will hardly have time to farm points for you. You better choose a risky card since even if they lose in a 60-minute match, it's going to be more than a 20-min win. Same works for the Playoffs. Pick teams that can play all three maps in a Best-of-3.

And finally, avoid putting too many players from one team into the lineup, especially at the start of the tournament. You may think OG or PSG.LGD are the favorites, but it may turn out that these 3-4 cards will bring you nothing. Five places, five cards, five teams.

By the way! If you are not near your PC to set up your roster, just head to the official Dota 2 website and pick the lineup in the Fantasy section. Moreover, you can download the official DPC app available for Apple and Android: it's helpful and provides live stats along the way.