Is Time Up For dexter at MOUZ?

Is any roster move other than the departure of In-Game leader Christopher “dexter” Nong a mistake for MOUZ?

MOUZ have been in some lackluster form as of late, and their Quarter Final appearance at IEM Cologne 2022 does not make up for the months of poor results the Australian In-Game leader has overseen.

The German organization first entered the Counter-Strike franchise in 2002, and over the years, they have found lots of success and had some of the greatest players within their ranks. In Global Offensive, they have won some noteworthy trophies, like ESL One New York in 2018 and ESL Pro League Season 10 in 2019, a tournament they won under the leadership of Christopher “dexter” Nong’s predecessor Finn “karrigan” Andersen. It was always going to be tough for the Australian coming into mousesports. He not only replaced one of the best leaders in the game's history, but his inclusion into MOUZ was his first foray into European Counter-Strike. The odds were stacked against him, but he had a talented roster and stable organization supporting him all the way.

So, let’s take a look back at Christopher “dexter” Nong’s time at MOUZ up until this point. 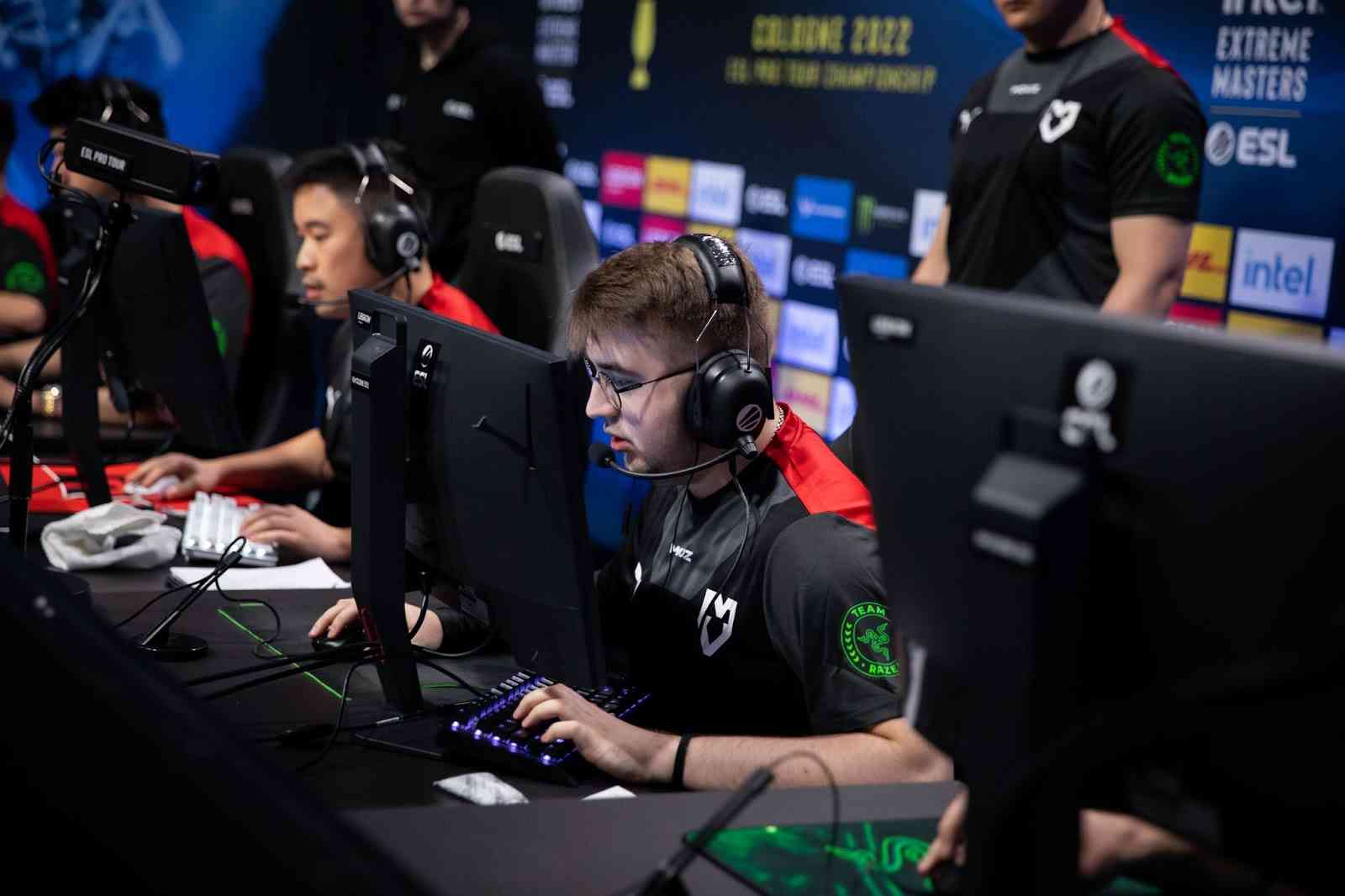 Heading into 2021, following the poor form that MOUZ showed throughout the pandemic year, they embarked on a new project. They began by introducing a new Danish sniper Frederik “acoR” Gyldstrand, who stood out in previous years in Tricked and MAD Lions under the leadership of famed Danish leader Nicolai “HUNDEN” Petersen. Their second acquisition was the man himself from down under, their new leader - Christopher “dexter” Nong. During the pandemic, the Australian had overseen utter dominance over his region, winning tournament after tournament. Although Oceania is not known for its high-caliber Counter-Strike rosters, his team's success was impressive, and it netted him a spot on one of Europe’s elite.

Upon his introduction, the MOUZ organization and coach Torbjørn "⁠mithR⁠" Nyborg entrusted the now 27-year-old Australian with their Counter-Strike division. He had strong pieces to work with new AWPer Frederik “acoR” Gyldstrand and three budding rifle talents - Lithuanian youngster Aurimas “Bymas” Pipiras, Slovakian talent David "frozen" Čerňanský, and Estonian star Robin “ropz” Kool. To say this roster was talented would be an understatement; therefore, the Australian's expectations were understandably high, even given his relative inexperience in European Counter-Strike.

Their run as a roster began at IEM Katowice 2021, a tournament held online due to the pandemic but was still a significant event in the year. The European squad qualified through the Play-In stage but at the main event found no success and exited the event in last place. A disappointment, sure, but not the end of the world given the lack of practice before arriving in Poland. After another poor finish at Dreamhack Masters Spring, the MOUZ boys entered Flashpoint Season 3. Flashpoint contained a slightly lesser playing field in comparison to most competitions, but Christopher “dexter” Nong’s win here was undoubtedly earned. The world number two and three teams, Heroic and Astralis, were present, but MOUZ managed to lift the trophy netting David "frozen" Čerňanský, his sole MVP award to date.

In between the German organization’s success at Flashpoint and their appearance at IEM Cologne 2021, they announced the launch of their academy team - MOUZ NXT. To this day, MOUZ has the most successful academy roster in Counter-Strike, winning all four seasons of the WePlay Academy League. Their first acquisition was Hungarian sniper Ádám "torzsi" Torzsás from Budapest Five. Then the Polish duo of Kamil “siuhy” Szkaradek and Hubert “szejn” Światły were brought in from Izako Boars. The squad was finalized with the signings of Jon “JDC” de Castro and Dorian “xertioN” Berman. This iteration of MOUZ NXT found unprecedented success, and their academy team has been a huge part of the organization’s development of young talent. This is shown by the fact that two members (and the coach) of this original NXT roster are currently on the main roster.

Fans of the European squad were hoping their win at Flashpoint was the start of something special, but a last-place exit at IEM Cologne 2021 again ended those dreams. Before the PGL Major in Stockholm, the MOUZ team had more underwhelming results, finishing 9-12th at ESL Pro League Season 14 and 13-16th at IEM Fall Europe. These placements were not good enough, and with rumors of star rifler Robin “ropz” Kool’s imminent move to FaZe looking all the more likely, they needed a strong result at the Major. Sadly, it wasn’t meant to be at the Major, as they fell with a 1-3 score in the Group Stage. 2021 ended with similar mediocre results, which meant the German organization, still having faith in Christopher “dexter” Nong’s leadership, embarked on a new 2022 project. 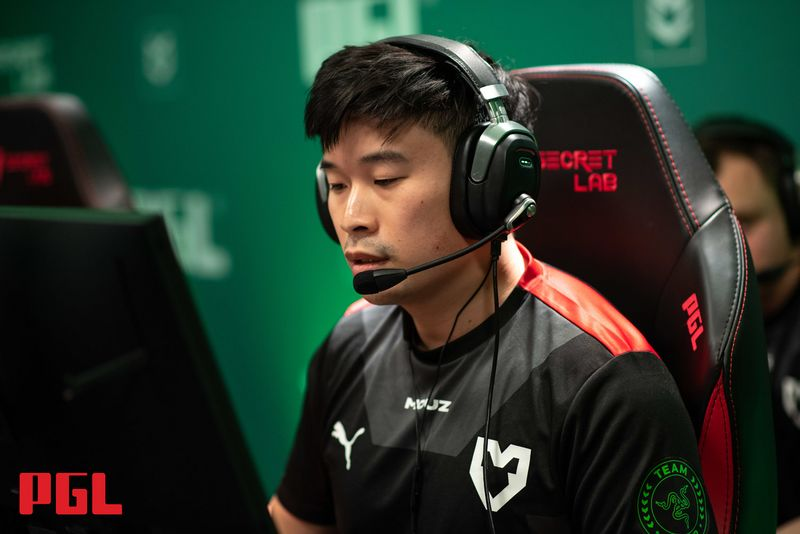 A key part of MOUZ NXT’s success was coach Dennis "⁠sycrone⁠" Nielsen, who seemed integral in developing such youthful players. This was not unnoticed, and he, alongside Ádám "torzsi" Torzsás, was the first to be promoted to the main squad. To round out the roster and replace the FaZe bound, Robin “ropz” Kool was veteran Nathan "NBK-" Schmitt, who many believed was a great addition, giving some much-needed experience to a young and incredibly skilled roster. MOUZ’s new promising project was set to debut at IEM Katowice 2022, but a positive COVID-19 test for Aurimas “Bymas” Pipiras meant that Jon “JDC” de Castro played in his place. The slightly hamstrung squad finished 9-12th but was considered a strong result where Jon “JDC” de Castro impressed as a stand-in.

Their full debut came at Pro League earlier in the year when MOUZ failed to make it out of the groups. This was disappointing, but given the small number of games they have played as a roster, they put it behind them and looked to turn their fortunes around with a Major just around the corner. The real shock came before the RMR, where the German organization announced Nathan "NBK-" Schmitt was being benched in favor of the IEM Katowice stand-in and academy player Jon “JDC” de Castro. Even with the change, their RMR showing wasn’t enough, and they failed to make the Major tournament.

Their absence from the Major was a massive blow to the MOUZ outfit, and this poor form has continued. A Finals appearance at Global Esports Tour Dubai 2022 isn’t enough to change the communities perception of the European squad, and roster changes are expected heading into the Summer break.

Why a leadership change?

The MOUZ organization has been incredibly patient with the Australian leader and has given him almost 18 months at the helm of their Counter-Strike division. Surely, with very few achievements to show over such an extended period, something has to change.

One of the key issues throughout Christopher “dexter” Nong’s reign is his failure to make a map a stronghold. His best attempts were Nuke and Ancient, where he has found some success - attaining a 64.7% and 70.8% win rate, respectively. However, the statistics are not as flattering if you look at games against only top opposition. The lack of a dominant map hampered the Australians, and this was shown just under a week ago, at the IEM Cologne 2022 Play-In, when they lost both Ancient and Nuke to a Heroic side with new addition Jakob “jabbi” Nygaard. They lost 16-5 and 16-7, respectively, on maps where they should be much more drilled than a team implementing a new player.

Who’s available to take the reins for MOUZ?

With a Summer break on the horizon, there is a boat-load of In-Game leaders looking for a new home. Alex “ALEX” McMeekin and Rasmus “HooXi” Nielsen are the most notable leaders on the bench at other teams and would be massive additions to the European squad.

Alex “ALEX” McMeekin has shown his prowess with young talented snipers; could he replicate his success with Mathieu “ZywOo” Herbaut with Ádám "torzsi" Torzsás?

Similarly, Rasmus “HooXi” Nielsen recently took a young squad to unimaginable highs with Copenhagen Flames and has found more success recently than Alex “ALEX” McMeekin. Could he replicate his Major form with the Danish squad with an equally skilled European lineup?

The academy team’s Kamil “siuhy” Szkaradek deserves a shout as he has proven his talent and leadership in the WePlay Academy Leagues. The young Pole has also worked with Ádám “torzsi” Torzsás, Jon “JDC” de Castro and Dennis “sycrone” Nielsen before. Could he be the next promotion from the NXT squad?

Other options that could be considered are ex-MAD Lions leader Thomas “TMB” Bundsbæk, who recently won REPUBLEAGUE Season 3 ahead of ECSTATIC, Bad News Eagles, and Fnatic. Outside of him, Young Ninjas’ Erik “ztr” Gustafsson took NIP to the trophy in Dubai when filling the shoes of Hampus “hampus” Poser.

The writing should be on the wall for Christopher “dexter” Nong being benched from the MOUZ lineup, and it should be thrilling to see what this young and promising squad can achieve under different leadership.