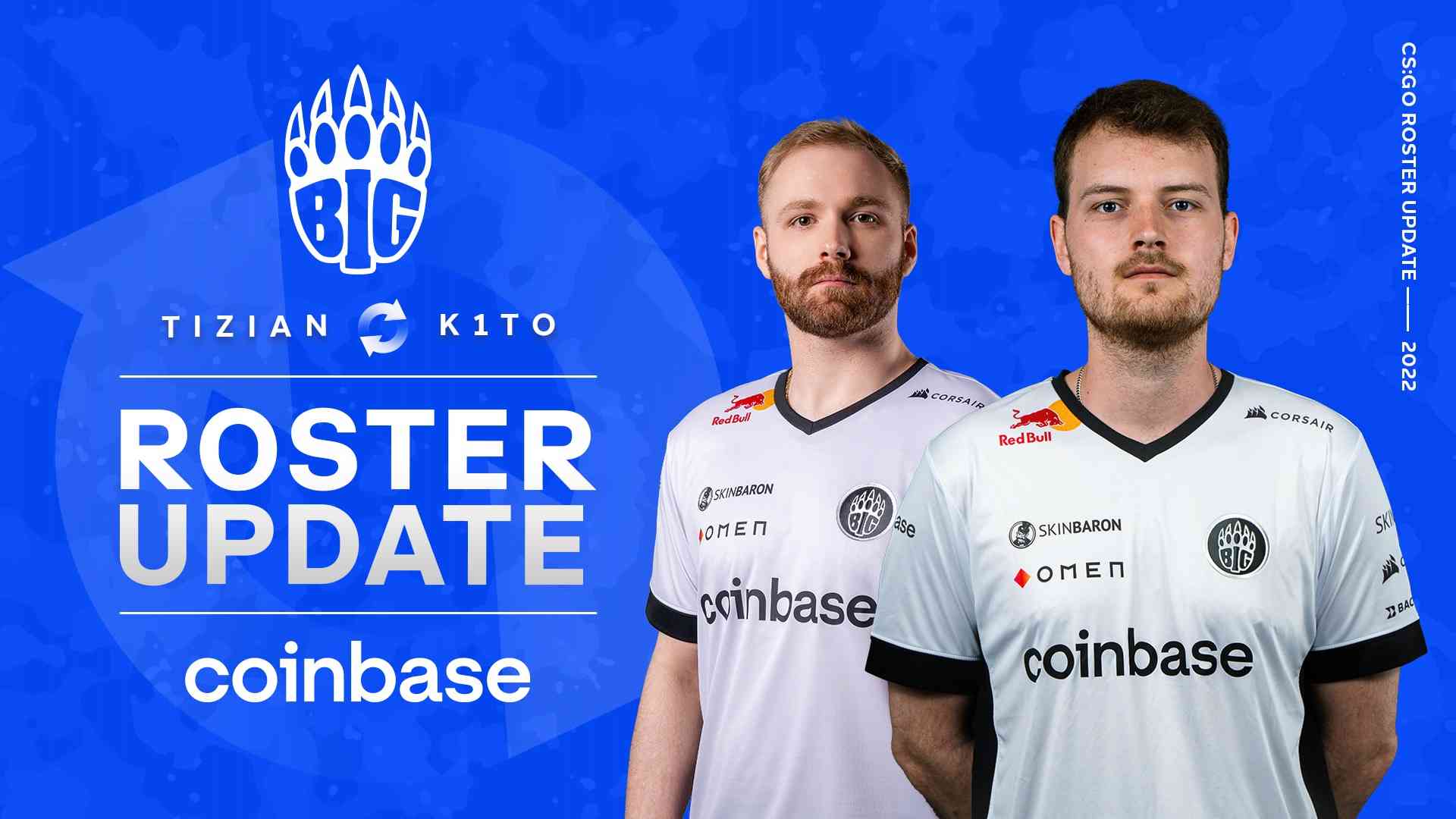 The 23-year-old k1to was in "exile" from the BIG Academy roster from March to August where he was an in-game leader, acting as a stand-in player for the main lineup.

"Leading the BIG OMEN Academy as their captain for the past several months, Nils has shown admirable development as a player and has worked hard for his ticket back to the main team. This was confirmed on the server as well when he has assisted the team as a substitute player in the past few tournaments, most notably helping them win the Roobet Cup, noted BIG’s statement.

k1to has to replace Tizian "tiziaN" Feldbusch in the main roster. The 26-year-old tiziaN has been a part of BIG since 2018. He will leave the main lineup but not the organization. He is predicted to take on a new role in BIG that has yet to be revealed.

The updated BIG lineup is now preparing at the bootcamp for BLAST Premier Fall Groups and the 16 season of the ESL Pro League.

Earlier in August, BIG released Nicklas "gade" Gade who has been inactive since December 2021.

There were rumors in July that in-game leader Johannes "tabseN" Wodarz could leave BIG for G2 Esports, but tabseN negated it. Later on, he and Fatih "gob b" Dayik renewed their contracts with the Berlin club.