Do The Keduii and Advienne Transfers Make Sense For Giants 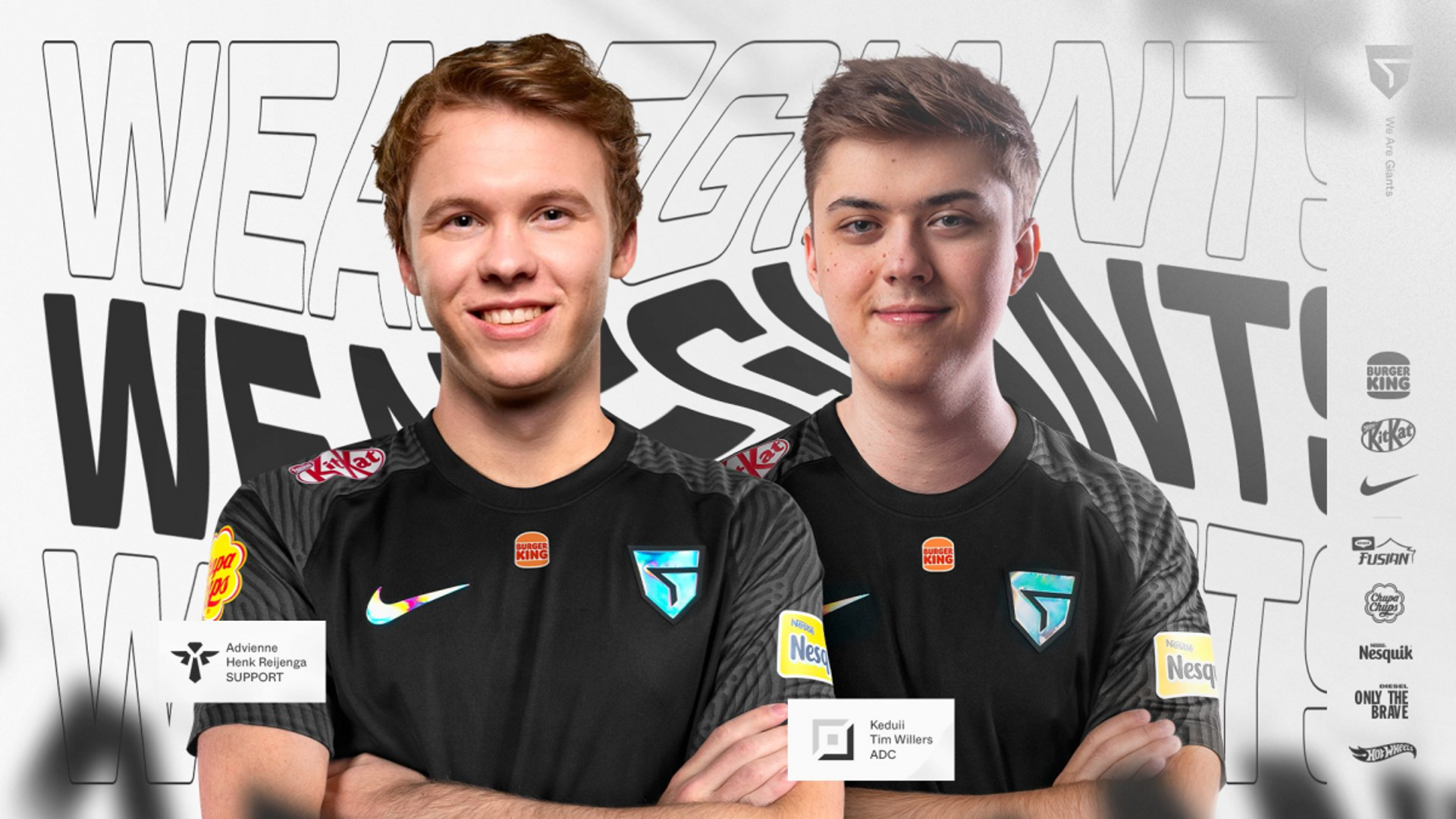 Last Friday, Giants Gaming made one of the first big announcements of this offseason so far. The Spanish organization confirmed the arrival of both Tim "Keduii" Willers and Henk "Advienne" Reijenga shortly after announcing the departures of both Amadeu "Attila" Carvalho and Paul "Stend" Lardin from the team. Of course, a movement as big as this brings a lot of debate, whether releasing a figure as important for the team as Attila was is worth enough.

This news means that the famous organization was willing to make any necessary changes after one of the team's worst results, not being able to qualify for playoffs for the first time since 2017. This round of changes meant releasing one of the main brands in Attila, who was one of the most recognizable faces of Giants, alongside Antonio "Th3Antonio" Espinosa, who is expected to stay with the team for the Summer.

Both Keduii and Advienne, especially the latter, were very demanded prospects this offseason. On the other hand, Advienne could have reportedly received offers from North America, as said by Esportmaniacos on Thursday. Also, as said by anonimotum, Advienne would have joined Giants after agreeing with his former team EXCEL Esports for a buyout of 15.000€, with a contract that stretches until the end of 2023.

On the other hand, Keduii was one of the main players, followed by the Giants after the possibility of Attila leaving the team started to become real, and was the first one to join the roster. Anonimotum also reported Keduii’s contract to last until 2023, with a slightly higher buyout of 20.000€ coming from Berlin International Gaming. Sources claim that this movement was influenced by internal problems that the roster experienced during Spring Split. The team could not qualify for EU Masters, ending 6th in regular season and 4th in Playoffs.

GIA Jandro: “Our objective will always be to have a team that can win the title."

To know more about how the project is expected to work, I decided to ask Giants Gaming Head Coach Alejandro “Jandro” Fernández about their expectations.

- What's your opinion on the current level of the bot lane in Superliga? How do Advienne and Keduii compare to this level?

Jandro: I think this split the bot lanes have had a very high level. Botlanes such as the ones from Fnatic TQ and Heretics have been decisive for the success of their teams. It's always complicated to make a good enough judgment of the pair (Keduii & Advienne) without having played together before, but we are confident they cannot match anyone anytime.

- Will this change in the bot lane bring more changes in your playstyle? What can they bring to the team?

Jandro: I think a change in playstyle was one of the main reasons for making changes inside the roster. We felt it was important to break the previous work dynamic to change later how the team is supposed to play. Both Keduii and Advienne are very all-rounded players. Still, if I were to remark something about each, I would choose Keduii's mechanical prowess and Advienne's ability to communicate and guide the team.

- What are the Giants' expectations now that such great players have been brought to the team?

Jandro: I think that dimension has not changed at all. In the end, Giants have always had the objective of being number one. We can have mistakes when trying to make a roster, but our objective will always be to have a team that can win the title. We would also have to manage external expectations about the team, so it doesn't become a problem.

- Was it difficult to sign these players? Why choose Keduii and Advienne and not other players?

Both were very demanded players this offseason, as far as I know. We were able to get them partially because we showed interest in them for some time now. We wanted to make sure we had a suitable replacement; it's not easy to make decisions that involve players who have stayed with the team for such a long time. We definitely trust both Keduii and Advienne.

In Keduii’s announcement video, Jandro said that “Keduii had been on our radar for some time now as a possible replacement.” He would change a lot of the groups’ internal dynamics and “a lot of ambition and hunger for winning.”

Also, in his announcement video, Jandro says that Advienne “has a great level, and would add a lot of synergy with Keduii in the bot lane.” Head of Esports David "Lozark" Alonso also says that “besides his short career, he’s had a lot of success in each team he played for, and as long as we got to watch him play, we knew (...) he would be our main shotcaller. (...) During Spring we lacked someone able to step up on the clutch moments”.

Lastly, Jandro also stated that Advienne and Keduii had also wished to play together before, and they fit each other naturally since the beginning, giving a lot of good sensations.

Is this movement justified?

In the end, is this movement worth enough? I would say yes, definitely. Spending a total of 35.000€ for two players for a ERL team, but coming from a team like Giants, this sum is not large. On the other hand, this movement should have been made ages ago. Already in the 2021 Summer, they were in a similar situation, staying outside of playoffs for most of the regular season but qualifying at the last minute, to later perform much better to win the Championships.

But, the core remained unchanged, and the success prevented the problems from being fixed. So, in Spring, the same problems involving lack of team play and communication reemerged, and they weren’t able to qualify for playoffs after being defeated by KOI Squad.

These results forced the team to necessarily make changes for at least 1 of the three core elements of the team: Th3Antonio, Coaching staff, or Attila.

Keduii and Advienne not only mean experienced top-level players: they bring change. Change for good. They bring a new young European dimension to the team after keeping so many veterans such as Milica or Maxlore.

Edit: As it currently stands, the arrival of Jiizuke to Giants is near completion, as per a leaked press statement.