No clear favorite, a tightly contested playoff stage, and eight unconfirmed teams are the key headlines heading into IEM Cologne 2022.

IEM Cologne 2022 follows the Play-In segment held in Cologne, Germany. It will see sixteen teams compete for the trophy in the LANXESS Arena, known for having one of the biggest crowds in the entire Counter-Strike calendar.

Eight teams await the Play-In teams in the main event. These include Natus Vincere, NIP, G2, and ENCE, who are in Group A, and FaZe, Liquid, Cloud9, and FURIA, who are in Group B. The remaining teams are decided through the Play-In stage, where the top-eight teams will gain a spot at the main event, all aiming to play in the arena that is colloquially dubbed “The Cathedral of Counter-Strike”. The competition begins with two groups, as mentioned, and a six-team playoff bracket follows, all culminating in a Best-of-Five Grand Final on July 17.

IEM Cologne 2022 will kick off on July 7th, running until July 17. The teams are playing for $972,000 and a notch on Season Four of the Intel Grand Slam. Vitality, FaZe, and Cloud9 are the teams that currently have a win to their name, with FaZe having two tournament wins. Will we see a new team putting their name in the mix for the million-dollar bonus, or will someone edge ever closer to the grand prize?

Is Natus Vincere back to their best with sdy?

2021 was the year of Natus Vincere, fans expected their reign over the Counter-Strike to continue into the 2022 season. However, this wasn’t to be, as the Russian invasion of Ukraine understandably caused issues within the Natus Vincere camp. Andrey “B1ade3” Gorodenskiy’s men were not the same unbeatable force as they were the previous year, and the rise of Finn “karrigan” Andersen’s FaZe didn’t help their quest to be number one again - notably coming out second-best at the PGL Major Antwerp.

Following the surprising removal of leader Kirill “Boombl4” Mikhailov in late May due to him having “high reputational risks for the club,” Natus Vincere was left without a full roster before competing at the BLAST Premier Spring Final in Lisbon. In early June, it was announced that Ukrainian rifler Viktor “sdy” Orudzhev would stand in on loan from MAD Lions, and Denis “electroNic” Sharipov would take care of leadership duties.

The Ukrainian organization went on to win the tournament in Lisbon in a fairly dominant fashion - beating Vitality 2-0 in the Grand final. The largest win, however, came in the Quarter-finals, where Natus Vincere faced FaZe Clan and hit the European Major winners in a Best-of-three series, with Finn “karrigan” Andersen’s men winning a mere seven rounds across two maps.

This was Natus Vincere’s first trophy of the year and Aleksandr “s1mple” Kostyliev’s first MVP medal of the year. The Russian/Ukrainian lineup looked back to their best in Lisbon and would love to go back-to-back on IEM Cologne. Can 2021’s winners do it again? 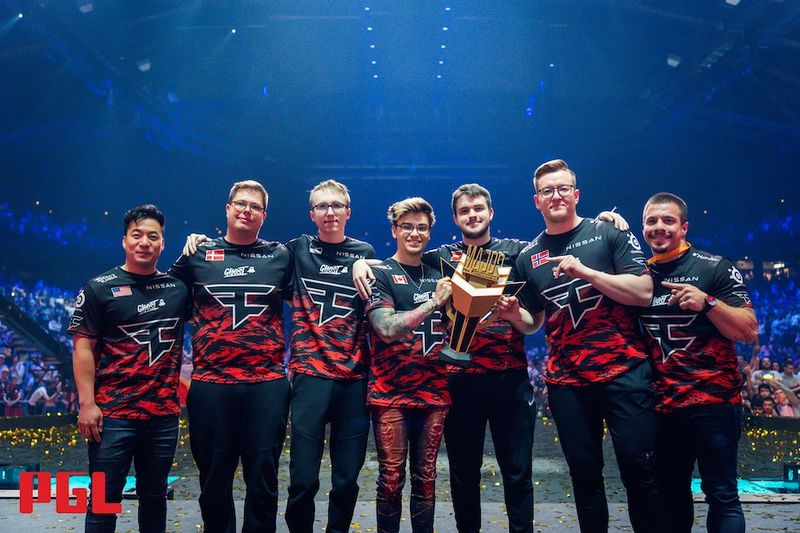 Can FaZe Clan get back to winning ways?

2022 has been FaZe’s year so far. They have risen above the dominant Natus Vincere and have won three massive trophies already this year - IEM Katowice, ESL Pro League Season 15, and the Major trophy in Antwerp. The addition of Robin “ropz” Kool is proving to be one of the best roster changes since the addition of Emil “Magisk” Reif to Astralis in 2018. The European squad has been in such good form that each event has had a different MVP winner - Helvijs “broky” Saukants in Poland, Robin “ropz” Kool in Germany, and Håvard “rain” Nygaard in Belgium. This highlights the roster’s incredibly high skill level, a factor that was pivotal in getting Finn “karrigan” Andersen’s first Major.

However, since that coveted Major trophy, the American organization has fallen off somewhat. At IEM Dallas 2022, they fell short in the Quarter-finals at the hands of eventual tournament winners Cloud9. At the BLAST Premier Spring Finals, they again lost in the Quarter-finals to eventual trophy lifters Natus Vincere. However, it was the fashion in which they lost to Natus Vincere in Lisbon that was worrying the community. They won seven rounds across the entire series and were dominated by the Russian/Ukrainian side.

IEM Cologne is one of, if not the biggest non-major event on the Counter-Strike calendar, and it would be foolish to count the Major Champions out in Germany. It will be a surprise to all if Robert “RobbaN” Dahlström’s squad will not mount a trophy charge, and I fully expect to see FaZe in the “Cathedral of Counter-Strike” in contention for the IEM Cologne 2022 trophy. Still, the number one team in the world is not the heavy favorite this time.

With a win at IEM Dallas, can Cloud9 continue their winning form?

The Gambit/Players core was acquired by Cloud9 in late April, prior to the PGL Major Antwerp 2022. The Los Angeles-based organization returned to Counter-Strike, with its last involvement being the largely unsuccessful international roster headed by commentator Henry “⁠HenryG” Greer, which was dubbed the “Colossus”. The American organization has been a staple in Counter-Strike Esports, and the entire community was delighted that the Major winning organization returned to the Valve game.

Despite disappointingly not making the playoffs at the PGL Major in Antwerp, the Russian squad entered IEM Dallas 2022, hoping for a deep run. Vladislav “nafany” Gorshkov’s men made the playoffs through the Lower Bracket after suffering an early defeat at the hands of FURIA. Cloud9 has brought North America some of their region’s biggest Counter-Strike victories, and therefore the Russian/Kazakhstani lineup were crowd favorites in Texas. Therefore, once in the arena, Cloud9 came alive.

In the Quarter Finals, they met Major winners FaZe. They were underdogs but came out on top, which was a massive result for Konstantin “groove” Pikiner’s squad, as they previously have struggled to find any meaningful results in a LAN environment. From that point, they found their time in America fairly straightforward, beating out BIG and ENCE to win the trophy in Dallas, with Sergey “Ax1Le” Rykhtorov receiving his first MVP medal of the year. Cloud9 is entering IEM Cologne 2022 fresh off a big tournament victory and most of their player’s first LAN trophy. Can the majority Russian lineup carry this momentum to Germany and take their second trophy on the bounce? 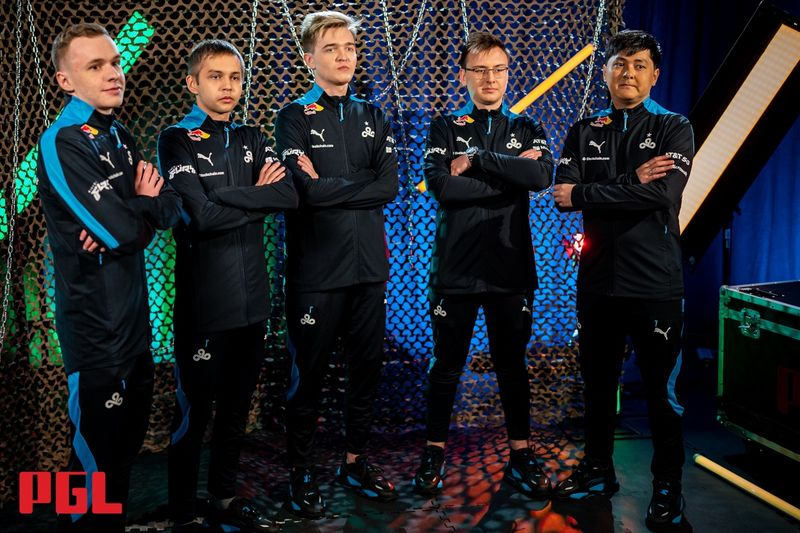 How will Liquid fare with daps and stand-in YEKINDAR -

Ahead of the Dutch organization’s campaign in Germany, they announced the departure of long-time coach Eric “adreN” Hoag and newly added rifler Richard “shox” Papillon. The changes came after a difficult start to the year for the Liquid side, with their best result being a Quarter-Final exit at ESL Pro League Season 15. The coaching position swiftly filled with Damian “daps” Steele, best known for his time leading NRG from 2017 until 2019.

It was then announced that Latvian star Mareks “YEKINDAR” Gaļinskis would stand-in for the American side. Mareks “YEKINDAR” Gaļinskis has been hot property since departing Outsiders/Virtus.Pro and will be eager to put up a good performance in Cologne to attract other teams looking for his signature. IEM Cologne 2022 will mark the Latvian’s first big event where he will communicate in English, which could well become the norm if he is to join an international team post Summer break. Can Liquid with the Latvian superstar cause some upsets in Germany?

G2 is on the precipice of something special. Can they find their first win in Cologne?

G2 Esports started the new year with the massive signings of the 16-year-old Russian prodigy Ilya "m0NESY" Osipov, Finnish leader Aleksi "Aleksib" Virolainen, and French coach Remy "XTQZZZ" Quoniam. Ever since, the European squad has looked close to tournament victories, with their closest attempt coming in IEM Katowice 2022, where they lost in the Finals to FaZe Clan.

The Spanish organization is known for its ruthless nature and will not settle for second-best. Therefore the pressure is on for G2. The third-best player of 2021, Nikola “NiKo” Kovač, has not looked his best this year but came alive at both IEM Dallas and BLAST Premier Spring in Lisbon. Despite losing out in the playoffs at both tournaments, G2 Esports look like they are on the verge of achieving something special. The form of Nikola “NiKo” Kovač, as well as the prowess that Ilya "m0NESY" Osipov has shown on stages this year, means that things look promising for the international squad. Can Nikola “NiKo” Kovač finally win his first trophy as a G2 Esports player in the Cathedral of Counter-Strike?

How will the Play-In teams fare?

Before the main event, a Play-In stage is held. The IEM Cologne 2022 Play-In involves a Double Elimination bracket where the top-eight teams advance to the main event. The teams from the Play-In start their matches two days prior to the start of the IEM Cologne 2022 and, therefore, may have the upper hand in the initial matchups. Key rosters in the Play-In that could challenge the title include recent Grand Finalists Vitality, Pinnacle Cup winners Heroic, Major Semi-finalists Spirit, as well as BIG, Astralis, and Outsiders.

Half of the teams at IEM Cologne 2022 will have gained their spot through the Play-In stage and it will be interesting to see how these teams fare. Can the likes of Heroic and Spirit challenge with their new rosters? Can Vitality replicate their form from Lisbon?