New players, teams in and out of form, and only eight spots up for grabs at the main event are some key headlines heading into IEM Cologne 2022 Play-In.

The Play-In segment of the famed competition held in Cologne, Germany, will see sixteen teams compete for eight remaining spots at the main event in a double-elimination playoff bracket.

Eight teams await the Play-In teams in the main event. These include the world’s top-four ranked teams - FaZe, Natus Vincere, ENCE, and Cloud9. G2, FURIA, NIP, and Liquid are the remaining teams who have already netted a spot at the main event and will all be gunning for a chance to play in the LANXESS Arena, colloquially dubbed as “The Cathedral of Counter-Strike”.

The IEM Cologne 2022 Play-In stage is set to kick off on July 5, with the main event set to follow on July 7, running until July 17.

The start of 2022 marked the Parisian organization's venture into international Counter-Strike with the addition of three Danes from the legendary Astralis core. This saw Peter "dupreeh" Rasmussen, Emil "Magisk" Reif as well as Danny "zonic" Sørensen join forces with three Frenchmen in Dan “apEX” Madesclaire, Kévin “misutaaa” Rabier and star sniper Mathieu “ZywOo” Herbaut. The project gained immense amounts of hype and expectation but has struggled to get its feet off the ground. Communication issues have plagued the international lineup, as Vitality failed to even make playoffs at any of the major events so far this year. 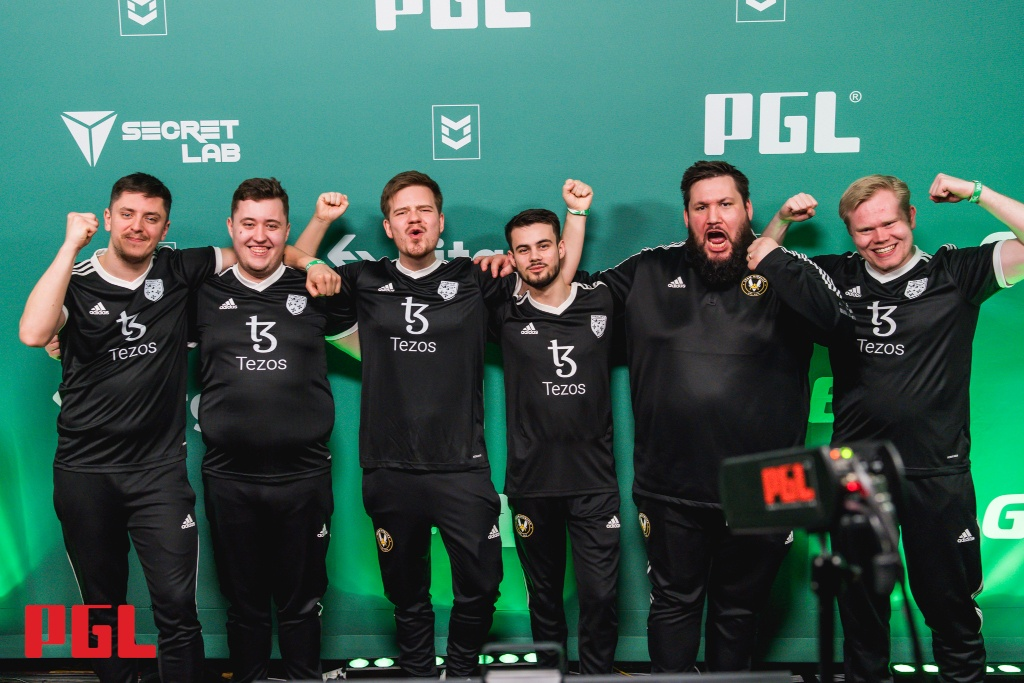 Their fortunes may have changed; however, this Vitality squad started to gain traction at the BLAST Premier Spring Final 2022 in Lisbon. They started the tournament with a loss at the hands of G2 but recovered and managed to make the playoffs following a win against paiN. This alone would not have been that impressive, but the team seemed to come alive once in the arena. They handily bested ENCE 2-0 in the Quarter Finals and then this time came out on top against G2 in a tight series 2-1 in the Semi-Finals. In the Grand Finals, Dan “apEX” Madesclaire’s men came up against an in-form Natus Vincere and fell short but made a solid account for themselves at this event.

The question remains, can they continue this form into IEM Cologne? Back in 2019, the last time we had fans inside the LANXESS Arena, Vitality with Dan “apEX” Madesclaire and Mathieu “ZywOo” Herbaut made the Grand Finals, and they will hope to repeat this feat and perhaps better it.

Their initial matchup sees them face off against the Chinese side TYLOO, which should be a straightforward victory and what follows is a game against MIBR/Movistar Riders which they should also win - gaining their berth to the main event.

Will jabbi help Heroic take the next step?

Despite winning the Pinnacle Cup Championship 2022 a couple of weeks ago, the Heroic organization was unsatisfied and decided to make a roster change. The change was made in the attempt to push their squad to become consistent title contenders. The Heroic squad has been hovering around the top-five teams in the world since the start of 2022 and has sort of stagnated.

The Danish organization is hoping that the removal of Ismail “refrezh” Ali and the addition of Jakob “jabbi” Nygaard from Copenhagen Flames in his place will propel their squad forward. The switch follows a disappointing 2022 so far, where they again fell short in the Quarter Finals at the Major, the Semi-Finals at IEM Katowice, and the Round of 12 at ESL Pro League Season 15. 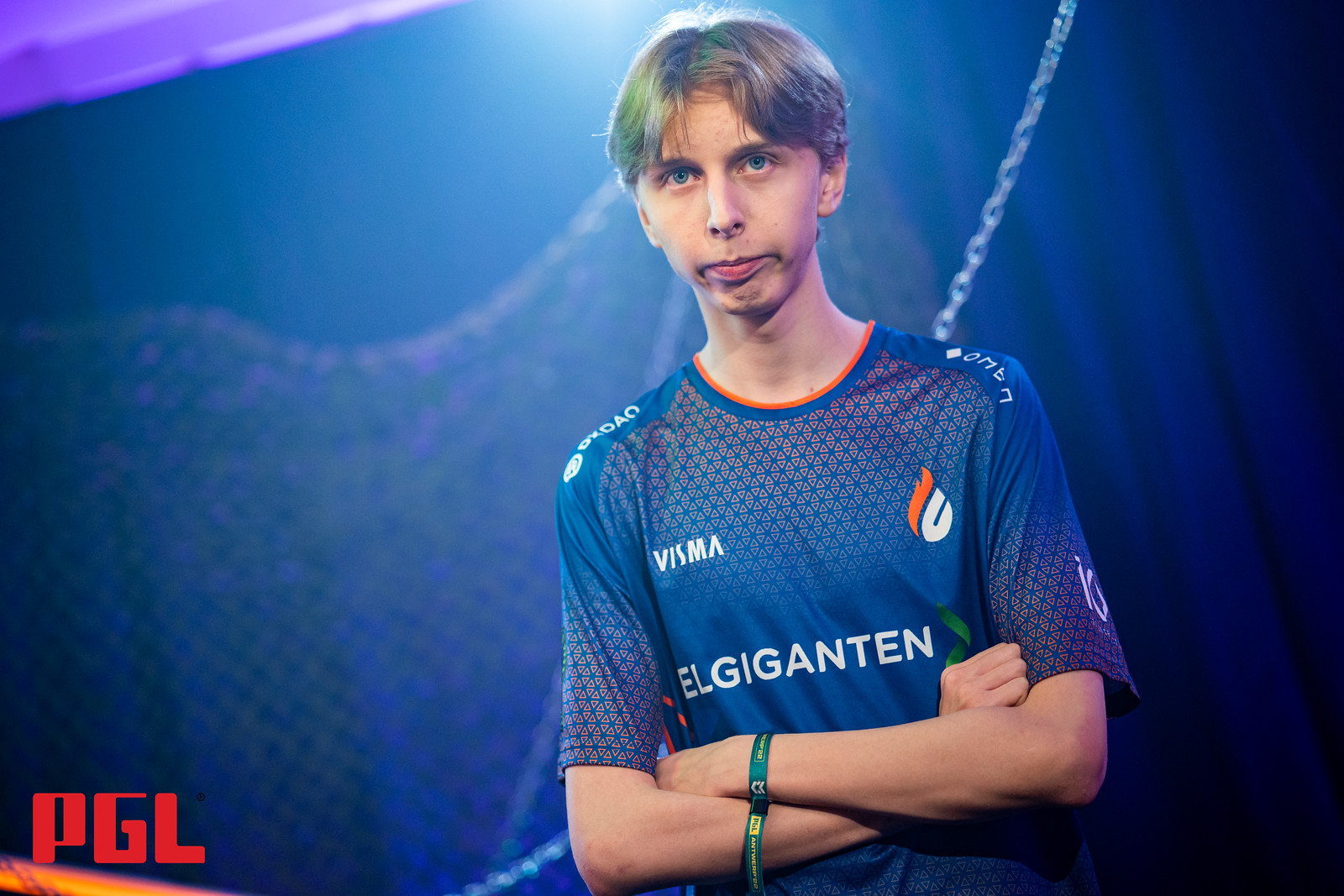 Casper “cadiaN” Møller’s men are still looking for their first piece of offline tier-one silverware, and they won’t stop until they get some. The team has certainly improved, especially Martin “stavn” Lund, who has emerged as Heroic’s star player this year. Jakob “jabbi” Nygaard was instrumental for Copenhagen Flames and can be instrumental for this Heroic side, too; it will be exciting to see both his and the team's development.

Heroic begin with a game against Sprout and assuming they win they will face MOUZ/paiN which should again see the Danes be victorious. Two wins are all they need to make the event, which should be a foregone conclusion for the Heroic boys.

Will Spirit build on their Major form with w0nderful?

Spirit came out of nowhere at PGL Major Antwerp and performed way above the communities expectations. It was great to see Leonid “chopper” Vishnyakov’s group of Russian youngsters perform on the biggest stage. Pavel “s1ren” Ogloblin and Robert “Patsi” Isyanov were some of the few breakout stars from this event and made a name for themselves in the scene. To add, Abdul “degster” Gasanov also had a great tournament and was integral to the Russian team's performance.

The Major performance led to the stocks of some of these players being super high, and fans were excited to see if they could continue this upward trend. It, therefore, came to everyone’s surprise when it was announced Abdul “degster” Gasanov was departing the team less than a month after the Major in Antwerp. This was a huge blow to the team, as the Russian sniper was their best-performing player. His replacement is seventeen-year-old ex-Hellraisers AWPer Ihor “w0nderful” Zhdanov. The young Ukrainian looks to be a generational talent, and it will be interesting to see how he will fare at the highest level.

They face Complexity to start the IEM Cologne 2022 Play-In, a match in which they are favoured but could most definitely lose. A win against the Americans will see them go up against Astralis/00Nation and victory here would see them make the main event.

Outsiders debut with n0rb3r7 and fame

The Virtus.Pro side, currently playing under Outsiders due to sanctions against Russian-based organizations, recently underwent a double roster change. Key members Mareks “YEKINDAR” Gaļinskis and Timur “buster” Tulepov were moved to an inactive status within the lineup and therefore transfer-listed. The two outgoing players were swiftly replaced by K23 duo - David “n0rb3r7” Danielyan and Petr “fame” Bolyshev.

The political environment that followed the Russian invasion of Ukraine caused a huge downtrend in form for the Virtus.Pro/Outsiders squad and it is no surprise that they are making changes. The two new additions are relatively inexperienced, and it will be interesting to see their development. Dzhami “Jame” Ali’s squads have been consistent title contenders over the last two years, and the standards for this new lineup will be no lower.

Before IEM Cologne, with David “n0rb3r7” Danielyan and Petr “fame” Bolyshev included in the squad, they have only played the odd best-of-three series. The Russian/Kazakhstan team bested both Illuminar and Falcons in a dominant fashion to qualify for ESL Pro League Season 16. They look strong thus far, can they find similar success at one of the biggest events of the year?

Outsiders’ first match of the Play-In is against the Brazilian side Imperial. Their match against the legendary Brazilian squad should see the Russian/Kazakhstan end up victorious and a second win against ORDER/BIG would qualify them for the main event.

There are three big organizations at the IEM Cologne 2022 Play-In whose rosters have been massively underperforming, considering their team’s legacy in the Counter-Strike franchise. IEM Cologne has always been one of the biggest events on the Counter-Strike calendar, and a strong result here could be the catalyst these lineups need to get themselves out of the rut they are seemingly in.

Four-time Major winners Astralis are accustomed to success and making the playoffs should be considered a must. Given the pedigree of Lukas “gla1ve” Rossander and Andreas “Xyp9x” Højsleth, this roster simply needs to succeed, but something just is not working. Despite the heroics of Benjamin “blameF” Bremer, the results just are not there in 2022, and if they again fall short at IEM Cologne, the Danish powerhouse may want to consider changes within their Counter-Strike division.

Astralis start their IEM Cologne campaign against 00Nation in a best-of-one.

Complexity has been my disappointment of the year so far. When to start 2022, the Dallas Cowboys-backed organization signed the Extra Salt core plus Michael “Grim” Wince from Liquid and Paytyn “junior” Johnson from FURIA; I had high hopes for the American squad. They showed promise before joining Complexity and looked to challenge Liquid for the top spot in North America. This hasn’t come to fruition, and they have continued to look out of their depth in European competition. A miracle will be needed at IEM Cologne. Otherwise, roster changes may be on the horizon.

Complexity starts the Play-In with a tough match against the Russian side in Spirit.

MOUZ or mousesports have become a household name in Counter-Strike, having had some of the greatest players in their ranks - Robin “ropz” Kool and Nikola “NiKo” Kovač, to name a few. Since 2018, the roster has found success and has consistently hovered around the top ten. There was a period of time, under Finn “karrigan” Andersen’s leadership, where the mousesports side was winning tournaments - notably ESL Pro League Season 10 and cs_summit 5. They had trouble finding form during the pandemic, but 2022 looked like a really promising year for the German organization.

The triumphs of MOUZ NXT, their academy team, saw new players Ádám "torzsi" Torzsás and Jon “JDC” de Castro gain spots on the main roster. However, the new lineup has struggled to get its feet off of the ground, even following the removal of Nathan “NBK” Schmitt. It may be time to consider Christopher "⁠dexter⁠'' Nong’s leadership. With tenured leaders currently without a home (Alex “ALEX” McMeekin and Rasmus “HooXi” Nielsen), time could be up for the Australian. Let’s see; maybe their fortunes will change at IEM Cologne 2022.

MOUZ’s first match sees them go up against paiN.