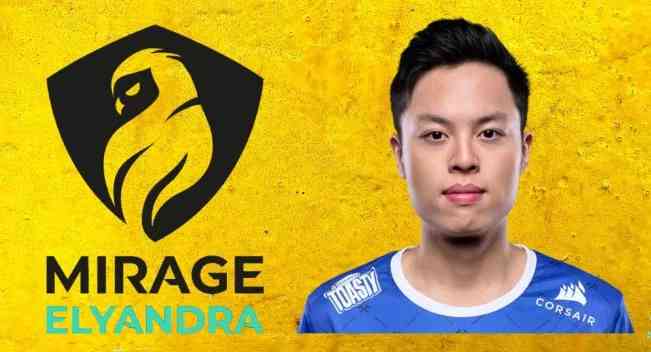 Thomas "Kirei" Yuen has reportedly signed with Mirage Elyandra and will be the new head coach of the LFL team, according to sources that told BLIX.GG on Friday. The League Of Legends player would be retiring from the competitive game as a player to start his new career as a staff member. In addition to Kirei, Mirage Elyandra would have signed Krakeer (Former eSuba coach) as an assistant coach.

Kirei announced last April 12th his retirement from competitive League of Legends as a professional player and was talking about his great interest in starting his career as a coach. Now, he will start as head coach in one of the strongest European ERL teams.

Kirei is a very experienced player who has been competing since 2014. He has played for teams in 3 different regions, including Europe, Turkey, and North America. Some of the teams he played for as a jungler were Euronics, Gamers2, Paris Saint-Germain, ASUS ROG Army, Misfits Gaming, Gamers Origin, and Schalke 04. The latter was his last appearance in Europe just before selling his LEC spot to Team BDS. He also played with Dignitas in NA and Fenerbahçe, among other Turkish teams.

With this addition, Mirage Elyandra would try to improve their Spring-Split performance, where they finished ninth. According to close sources, they would keep the same roster as the last split, so the Mirage Elyandra team would be the following: