KRÜ Klaus: “There's a lot to play in Champions and I'm sure we're going to make it to the playoffs and replicate what we did last year.”

When it comes to competitive Valorant, no team has been more synonymous with maintaining excellence than KRÜ Esports. As the only team to appear in every international event in VCT history, the LATAM squad have left an indelible mark through their impressive string of results against the rest of the world.

No one has surely forgotten their incredible run in Valorant Champions 2021, where they nearly supplanted Gambit Esports to reach the grand finals, and the vital role they played in increasing the game's popularity in Latin America.

Incredible as their track record has been, however, it's difficult to absorb how their 2022 VCT season has gone. Consecutive disappointing showings in Masters Reykjavik and Copenhagen has prompted fans to become skeptical of KRÜ's chances of contending with the best in Champions 2022, and with their loss to FunPlus Phoenix in their opening group stage match, that uncertainty has grown exponentially.

Even so, as KRÜ's IGL Nicolas “Klaus” Ferrari explained to the media in a scrum interview after facing FPX, there's still reason to believe the team can bounce back from their sluggish start. Aside from discussing the series, Klaus also talks about how the team progressed from Masters 2, his reaction on fellow LATAM representative Leviatan's performance in Champions, and more.

Pedro Romero, BLIX.GG: What was the most complicated thing that KRU faced while on defense in Icebox where they held an their early lead in the map?

Nicolas “Klaus” Ferrari: I think that we didn't know how to adapt very well at the beginning of what was Icebox on the defense side. We had problems, more than anything, in being able to stop the advance against A. It was quite complicated because their composition was such that was quite difficult to stop and we couldn't find the hole where we could stop them.

BLIX: Given all the preparation, games, and trips the team has undertaken through all their VCT international appearances, do you think their recent results were caused by the mental exhaustion or fatigue as a result of doing so much for so long?

Klaus: Obviously, the fatigue factor and everything that happened this year has been notable because in the LCQ for Masters 2, we had to prepare to play against NiP. Not only that, when we we couldn't qualify for Champions directly, we had the LCQ against the Brazilian teams. That is obviously takes a toll on you because there are fewer rest days and fewer days of preparation as well because you are constantly competing in the VCT. You don't get to train as much as you would like so it's understandable to notice the mental fatigue we have, but hey, that shouldn't be an excuse. 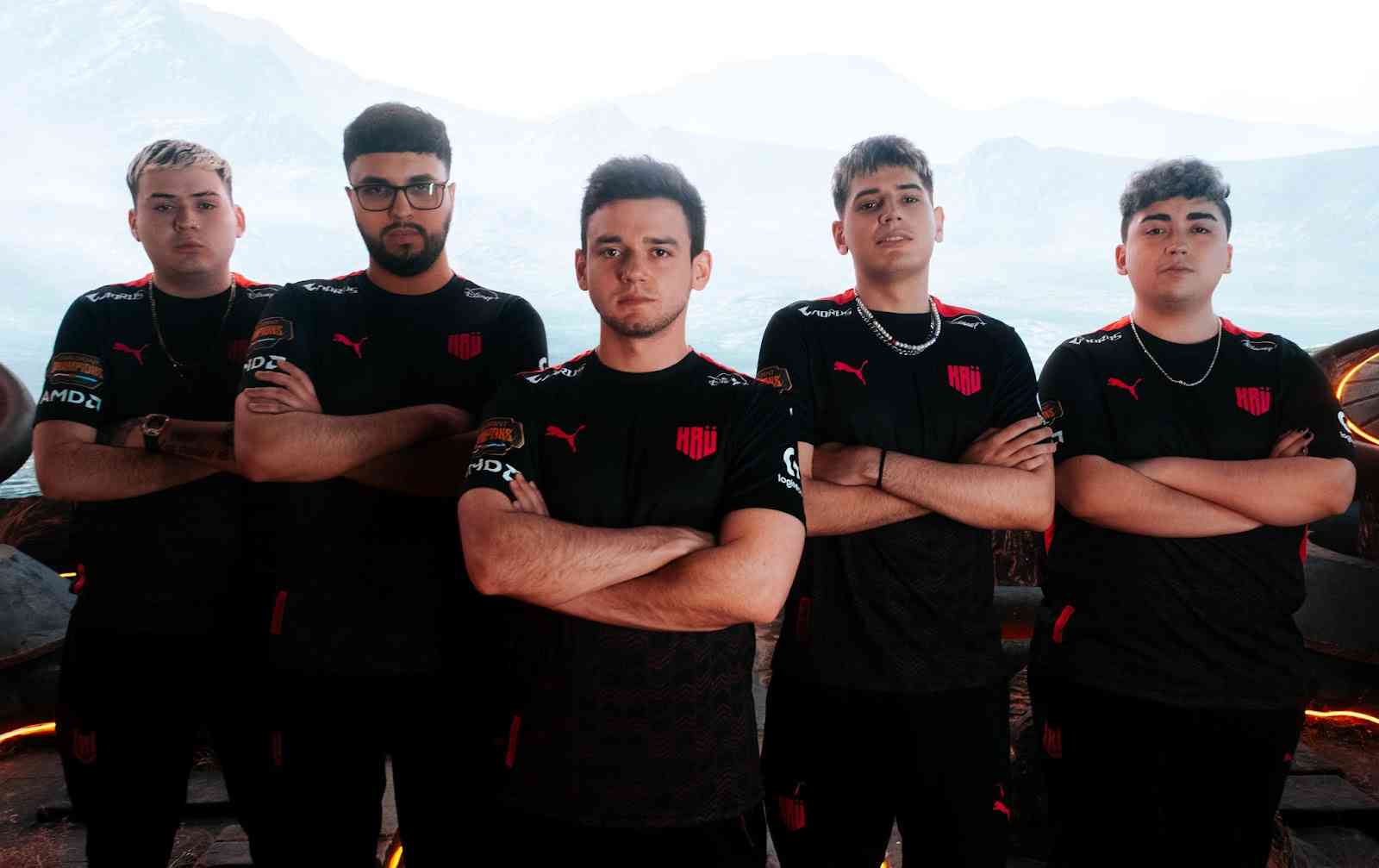 The roster for KRU esports ahead of Valorant Champions Istanbul

BLIX: In last year's Champions, KRU also started their run with a loss but managed to reach playoffs where they then performed quite well. What differences or similarities have you seen between this team and last year so that you can replicate or achieve a better result in this tournament?

Klaus: I think what we did last year was obviously unique, but honestly speaking, I don't see that what we did back then was impossible because, as it just happened, we played against FPX who are the reigning Masters champion and we were very close in that series. For some moments, we obviously felt the pressure and we couldn't close it out, so we're going to learn from our mistakes. There's a lot to play in Champions and I'm sure we're going to make it to the playoffs and replicate what we did last year.

BLIX: What did you learn from this entire series with FPX What kind of mistakes were made? What do you think was the difference in facing FPX's play style relative to the result?

Klaus: The errors obviously did not solely come from us but a lot of them was seen on our side. We obviously started off very strong but then we had mistakes where we couldn't adapt to what FPX was doing and they followed that with a very good mentality on the attacking side and it ended up punishing us. I think that the decisive round 24 in Icebox as well, because of pressure issues, could have been played much better and the series could have gone to a third map quietly, but oh well. Obviously it affected us in not being able to close it on the CT part and the map ended as such.

BLIX: As the other LATAM representative in Champions what are your thoughts on Leviatan's performance? How you think they have fared thus far in addition to the fact that they're led by your former coaches Onur (Rodrigo Dalmagro) and BeTony (Martin Bourre)?

Klaus: I'm very happy about the performance Leviatan has been putting up and, more than anything, I feel it's a team that is very disciplined so it helps out when they face against the rest of the competition in the tournament. Specifically, I see them finishing at Top 4 minimum so I'm happy about how they've been performing as well.

BLIX: What has been the best quality you have seen from your coach Leazo (Leandro Liset)?

Klaus: Bringing him in as a coach was pretty much a really hype moment for us due to us not having a good performance in Iceland. And just by looking at our performance during the SA LCQ, you can see the impact that he has had on the team through the confidence and different playstyle he has brought.