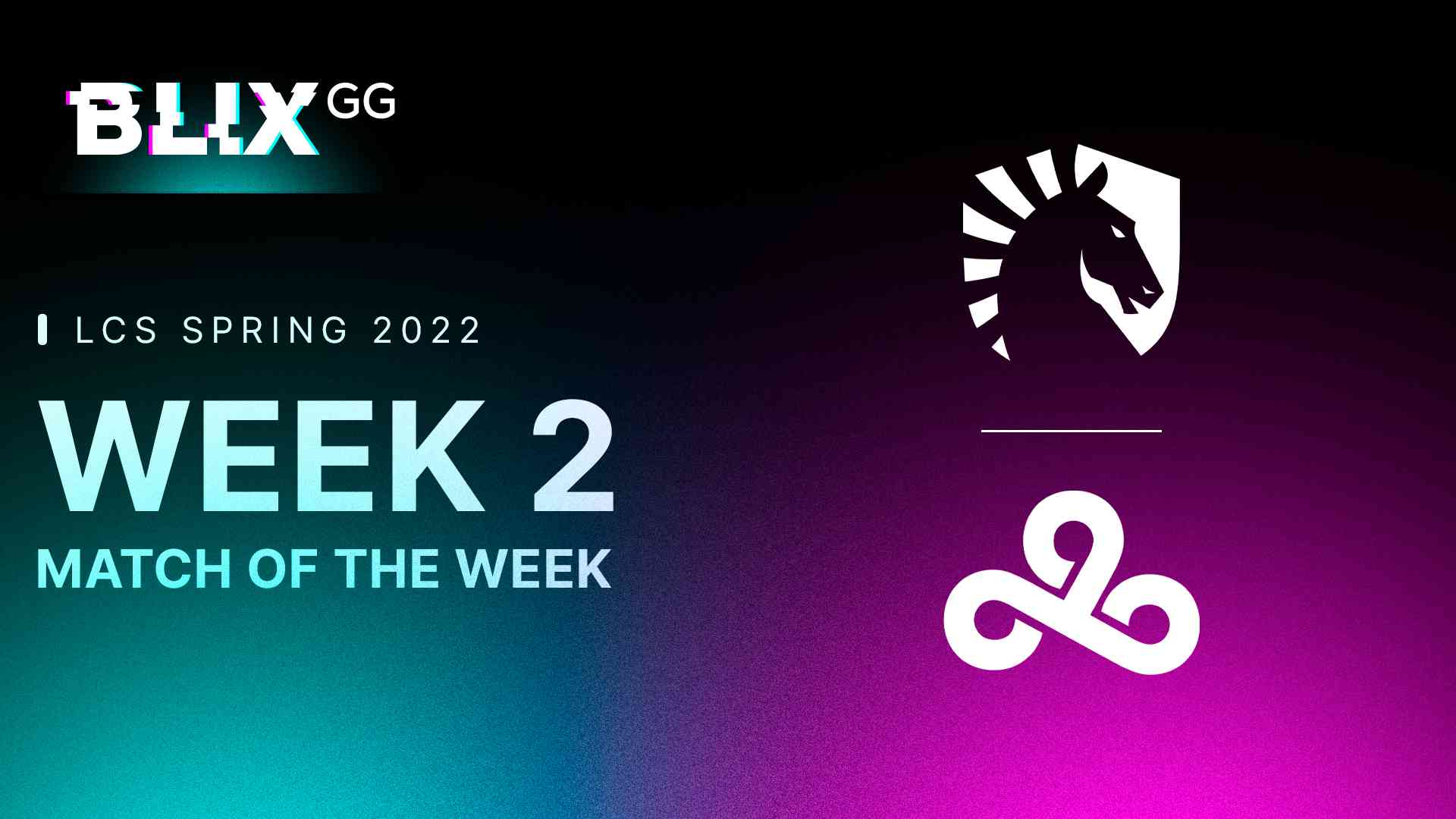 It was a game full of many surprises, and of course, with Cloud9 and Nick “LS” De Cesare’s drafting in the mix, it was a weird one for many viewers, to say the least. This match features some of the most intense late-game moments yet in the split and was as entertaining as a 39-minute match could get. Team Liquid vs. Cloud9 is looking like a great matchup to watch out for in the coming weeks of the LCS Spring.

Before the players had reached summoner’s rift, there were many questions thrown in Cloud9’s way by those watching. This was because of their off-meta draft, which included Aatrox in the Top lane played by C9’s latest recruit Park 'Summit' Woo-tae, Irelia in the Mid lane played by Ibrahim "Fudge" Allami, and Karthus in the Jungle, played by Robert "Blaber" Huang. A draft formulated by Cloud9’s newest coach LS.

Team Liquid on the other hand had a more standard, usual draft that fans would expect to see in a regular professional game in 2022. Their team was composed of common and on-meta picks such as Corki in the Mid lane and Viego in the Jungle.

The game started very even and close, with both sides making equal moves and trades in the early game. But the problems for Team Liquid arrived in the mid game, when Cloud9 had the gold lead, and kept it all the way until the very end. Cloud9 also claimed both Baron buffs, yet would give up four Drakes while only securing two.

Even with Cloud9 keeping their Gold Lead up until the 30th-minute mark, Team Liquid held their ground and continued to closely answer everything Cloud9 had thrown their way. Even 31 minutes in, after a Barons and 5 drakes, the advantage could have been argued for on either team.

So what happened? Well, a minute later, Cloud9 had secured their second Baron buff of the match. But right after, they decided to engage in a team fight, hoping to take advantage of the positions they had put Team Liquid in. This was a turning point in the match as Hans sama would actually turn on Cloud9 to get a triple kill from this fight, leaving Team Liquid with the advantage after the skirmish.

Team Liquid rode this momentum into the next 6 minutes, pushing into Cloud9’s base. And a few unlucky fights from Cloud9 later, and they had lost the entire lead they had kept all throughout.

Team Liquid won their match against Cloud9, and Hans sama was deemed as the MVP.

And despite the loss, no one can deny that the whole 38-minute match was basically an even and close match throughout. Cloud9 may have lost, but the outcome may be very different the next time around. The new Cloud9 had played incredibly well but just couldn’t convert the lead that they had for the majority of the match.

Berserker has a message to all of you, from a post-match interview with Invenglobal:

“I guarantee a win next time I meet Hans sama”