Over a month ago, Astralis announced the signing of Asger “farlig” Jensen, who replaced the former team’s 19-year-old AWPer Philip “Lucky” Ewald. This move confirmed previous rumors of the organization’s interest in looking for a new primary AWPer after losing their long-time star dev1ce.

Not Living Up To His Name

Lucky spent seven months with the roster and was never truly used to his maximum. In a statement he released following his benching, he said that he never found his flow in-game, which was frustrating to him.

Despite inconsistent results throughout, Lucky felt that he could have had a greater impact on the server but was never able to contribute to the team as much as his potential allowed him to for several reasons. One reason that stood out above most is that he was placed in the wrong role. Ewald was picked up from Tricked Esports, a tier 2 Danish team he had spent the previous year and a half with using the big green. However, on Astralis, he was swapped out of his main role to instead play a support one with a rifle after not being able to create enough space for his team with the sniper. As if that wasn’t confusing enough, the AWP role was taken on by Lukas “gla1ve” Rossander, which made him the team’s in-game leader and main AWPer at the same time. This is a somewhat rare sighting in Counter-Strike; an AWPer is usually not the same person doing the shot-calling because while it can and has previously worked, it doesn’t seem to render very effective in today’s era. Hence, it is a bit unusual when a team does it, but it was even more unusual to see it unfold at Astralis. When the Danish team had a dominant run in 2018 and 2019, dev1ce was occasionally supported on the AWP by his teammates, but it was always in the form of either dupreeh or Magisk picking up the AWP to set up a double AWP CT side setup. Neither Xyp9x nor gla1ve felt comfortable on the sniper, and when gla1ve took over the role from Lucky, it was obvious that it was not his preferred weapon. Gla1ve missed many shots that were easily punishable, and that plus Lucky’s poor performance led to Astralis losing many rounds and matches that should have been theirs.

Questions boiled around, but it never forced anything out of Astralis except for a couple of comments from Kristian "k0nfig" Wienecke.

“We are trying to make Lucky feel as comfortable as possible, but he’s also playing in a team with a lot of big names, so it can be hard for a young guy to just go in and say, ‘I wanna do this and you guys adapt to me,’ but he will get that over time I hope,” his teammate said during an interview with HLTV.

K0nfig also briefed over the question at a recent Blast Premier event when was asked by Chad “SPUNJ” Burchill as to why Lucky was not the one mainly using the AWP, to which he responded: “[Lucky] likes to AK, he likes to M4, he picks up the AWP sometimes, he does it in practice, and I think he’s pretty comfortable with playing bombsites with me as well… So I think it’s the right decision to let gla1ve AWP.”

And while that doesn’t directly answer the question, it indicates where the team’s intentions were headed with the lineup. During this time, rumors of Astralis being interested in Farlig began to fly around, making it clear that Lucky’s benching was only a ticking clock until Farlig’s contract with FunPlus Phoenix ended.

However, the final part of Lucky’s statement is what we want to highlight, a very underlying sentence, which read: “(I am still under contract with Astralis until further, and will help wherever needed).”

As COVID-19 cases once again become a concern to teams, especially in Europe, a sixth man deems to be of importance for Astralis so that, in the off chance one of the starting players come into contact with the virus, they will not need to worry about playing with an unfamiliar stand-in (like FaZe had to at IEM Katowice, despite their success). As a result, Lucky was not released from his contract (which is not available to the public). Astralis and Tricked also agreed not to disclose the value of the transfer, so the likelihood of the public knowing the length of his contract is slim to none. What is of significant concern right now is Lucky’s time off the server and the potential damage it could do to his career.

There are noticeable similarities between the journeys of Lucky and Lucas “Bubzkji” Andersen at Astralis. The Danish organization has previously caught fire for mistreatment of their young up-and-coming talent and went as far as being accused of destroying his career. Akin to Lucky, Bubzkji was signed after showing promising results at Tricked and MAD Lions, another tier 2 team that was able to step up and compete with the tier 1 scene for a short period of time. In Astralis, however, he was put in a weird spot. First of all, he was not given nearly enough time to adjust to the tier 1 playstyle and the way Astralis plays. Second, he was placed in a very different role than the one he was used to playing - one that was much more passive - causing multiple matches of inconsistent performances. Eventually, his stats plummeted, and he was sat on the bench on and off for over a year until finally being finally freed from his contract on January 31st, 2022. In 2020, the year that was supposed to be Bubzkji’s career-defining one, he only played a total of 15 maps with Astralis, and only about 70 in the following year, which is over four times the amount but is still nowhere near the average pro players’ annual map count.

After six-man rosters proved effective, Astralis was also amongst if not the first team to attempt a seven-man roster– with JuGi or Snappi, who were replacing gla1ve and Xyp9x at the time as they had both taken a medical leave after experiencing burnout– but it didn’t work out for the players nor for the team, so they were all let go within a couple of months time. Astralis continued to struggle and performed much worse, with and without Bubzkji. 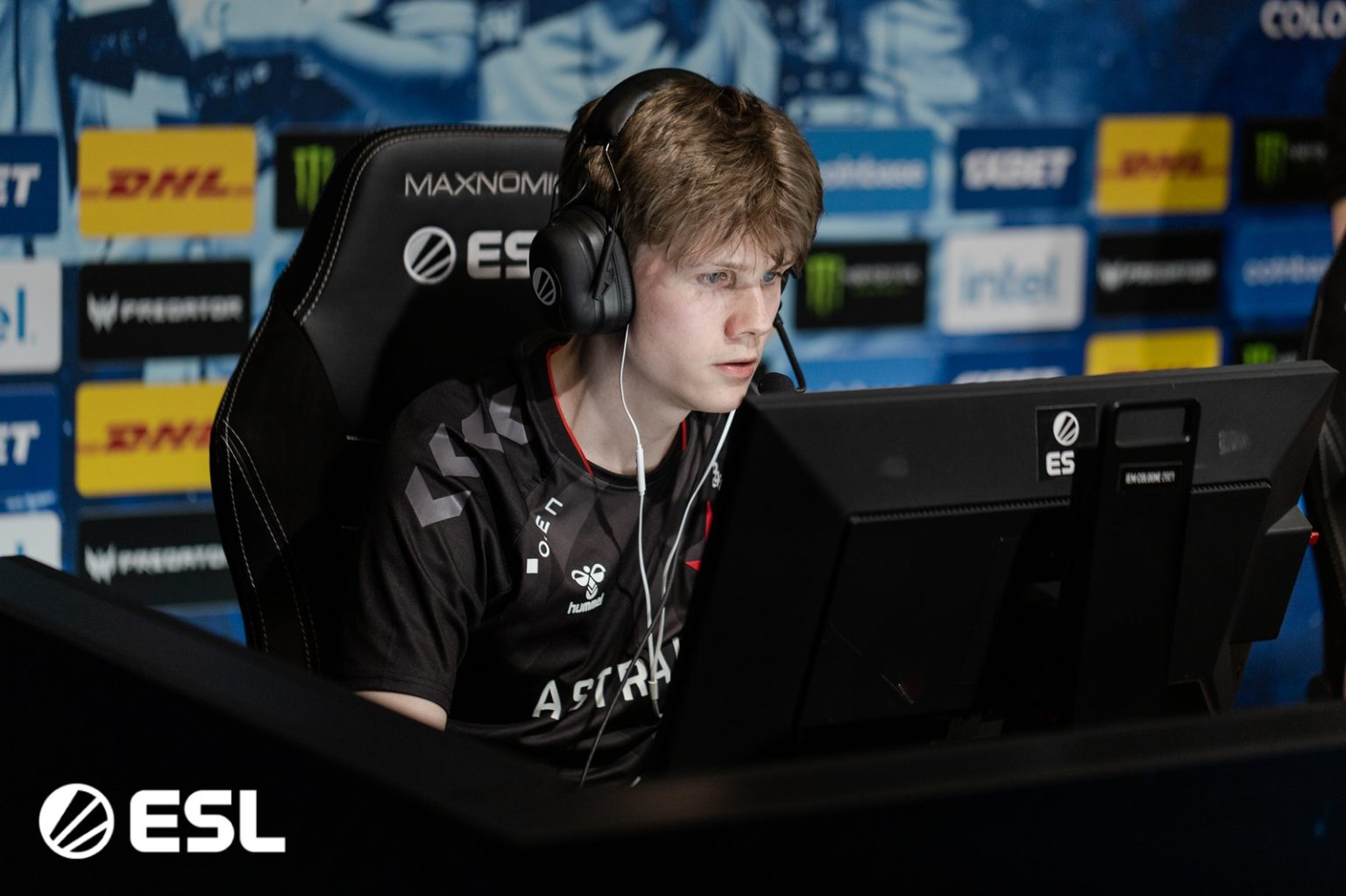 Lucky has clearly fallen down the path of Bubzkji. After not being given enough time to show his sheer talent, he was switched to a misplaced role and in turn, misused around the map. Oftentimes, he was so out of position to the extent that it made him ineffective in certain rounds. He’s still young, though. Nineteen years old, making him a couple of years younger than Bubzkji and at the same position. He has a ton of potential still, so to say that his career has been potentially jeopardized and ruined by Astralis is an overstatement. This comes with a challenge, though. Finding a new home for Lucky is by no means easy.

Danish players, like players from any other country, prefer and tend to compete with players of the same nationality. Only seven of the top 20 teams, as ranked by HLTV as of writing, have a roster that consists of players from three or more different countries— and only six teams have three or more official languages spoken.

We have recently seen some organizations branch out and attempt mixed rosters (like Vitality’s Danish/French mix or G2 Esports bringing in a Russian and a Finn to a French/Bosnian roster). It does appear to be successful at times, but that is quite a risk. To make matters worse, Lucky is an AWPer; and as it stands, every team in the top 20 already has a dedicated and stable AWPer. Perhaps the only player at risk of losing his sniper position is Love “phzy” Smidebrant, a former Young Ninjas player who was promoted to the main team after dev1ce took a mental health break. Unironically, NiP seems like the team that would fit Lucky perfectly, but if phzy were to step down from the main team, it’d only be to make space for dev1ce himself, giving the Ninjas no reason to take a gamble on an up and coming AWPer.

Lucky’s situation is quite the complicated one. Since his benching, he has remained off social media for unexplained reasons. His last post on Twitter was him expressing pity towards his former team, Tricked, not qualifying for the 2022 PGL Major in Antwerp after losing out to Anonymo and placing 4th-6th in the EU RMR Open Qualifiers.

The future of Lucky’s career as of now seems uncertain, and we may not get to see him play for a long time, not unless the Twitter keyboard warriors start a #FreeLucky hashtag.