Lurox: “I think it's just the LFL being better than every other region.” 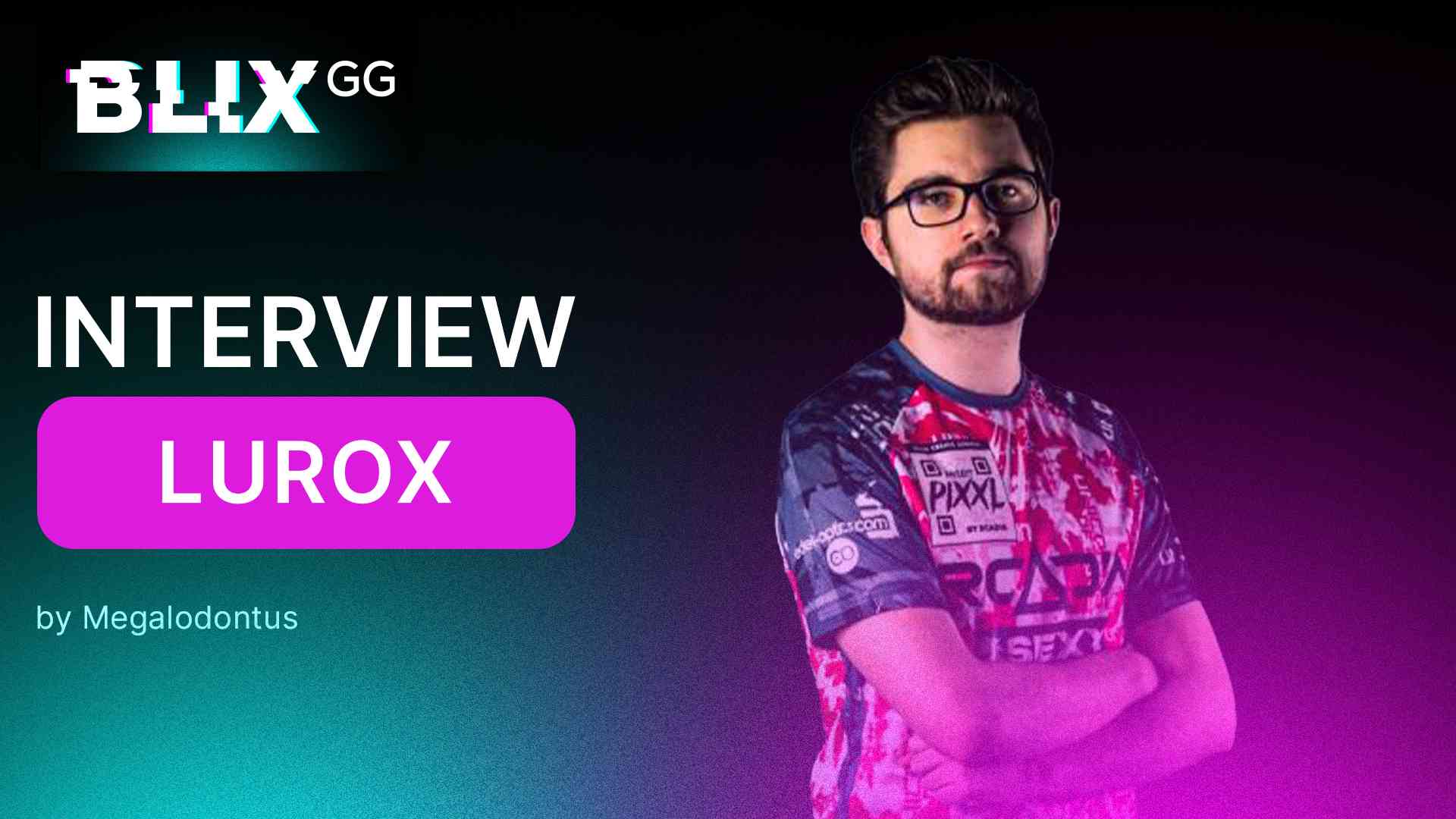 The Unicorns of Love Sexy Edition, the sister team to the LCL’s Unicorns of Love, are perhaps the most surprising inclusion in the EU Masters 2022 spring Knockouts. Being the third seed from the DACH Prime League, few expected them to go far, let alone be the sole Prime League team to make top 8.

Their jungler Lukas "Lurox" Thoma is a familiar name within the European Regional Leagues (ERLs) and he has attended several EU Masters in the past. He takes time off to chat about the Unicorn’s form in the tournament and his journey so far.

First and foremost, thank you so much for doing this interview with BLIX.GG. Congratulations on making it out of your group and making it through to knockouts. Let's take you from the top, how do you look back on your run from Play-Ins, to groups and to making Knockouts?

Lurox: I'm happy with how we played in Play-ins and I was almost a bit surprised with how smooth it went since from our season in the Prime League, we had our fair share of ups and downs. So yeah, we're happy with the Play-ins run since it went smoothly and we finished it 8-0.

And then in groups, we kind of expected BISONS ECLUB to be stronger. The first game…they kind of just rolled over and Atleta Esport was kind of a must win. Yeah, I guess LDLC OL is just really, really strong so we can't beat them, but we won't meet them for a while again so that's good [laughs].

The second round of games from what I can tell was pretty much similar to our first round and the game against BISONS was a bit harder, but I'm happy with how we played overall. It’s just LDLC is too good.

That's fair enough. When you mentioned you had ups and downs in in the regular season, I remember that watching the Prime League as well. Comparing this team’s form to your form in Prime League, what's changed? You guys seem to be a lot sharper and more coordinated right now.

I understand that because the CIS region’s LCL has been postponed, Fabian "Sheepy" Mallant has been involved somewhat with your team. Has he been helping you guys through EU Masters or just little bits here and there?

When I spoke to some people and analysts, they thought that you guys should be the weakest Prime League in the tournament, which doesn’t seem to be the case at all. What are your thoughts on that and did you guys come into EU Masters with lower expectations since you’re the third seed?

Lurox: Not really. I mean, I guess it's fair to say that we were the weakest representative because we’re the third seed, right? I think Eintract Spandau looked fine in the regular season but we just didn’t see them and GamerLegion for a long time after playoffs, so it's hard to really judge for other teams. Or for people that are outside that don't have access to scrim information and stuff like that.

I felt like towards the Play-Ins, we were actually getting way better. It kind of showed in Play-Ins and in groups too that we actually are pretty good now. But yeah, but I think it's fair to say we were the weakest because people haven’t seen us play for a long time.

I spoke to Mahdi "Pride" Nasserzadeh recently from Spandau and I asked him about what he thought of the Prime League compared to the other accredited ERLs. He said the Prime League would be one of the weaker major regions coming in. Now that you guys have played and seen most of the teams, what are your thoughts on this?

Every ERL has their good teams, I think X7 Esports from NLC, us from Prime League and Fnatic TQ from SuperLiga looks really strong. I think it's kinda hard to differentiate between the regions after the LFL teams.

Fun question for you: Should the EU Masters grant the LFL say…eight seeds then?

Lurox: Oh, no [laughs]. I mean, I already disliked that they have four seeds because it's kind of like with LPL and Worlds, because now every group has an LFL team in it. If they keep becoming better as an ERL due to being given more chances compared to the others, it's becomes a bit boring, I guess?

But yeah, I guess thinking about it, the LFL getting four seeds this spring is fair. Just take the four seeds away from Ultraliga next time!

I'm glad you mentioned Ultraliga because this flows nicely into my next question. You played for AGO ROGUE last year where you won the Ultraliga and attended the EU Masters with them too. Since they’re here, do you want to meet and defeat them? What do you think of them right now?

Lurox: I kind of really want to play against him but it's very hard at this stage since they didn’t make it out of their group as first seed. Maybe if we both defeat the LFL teams and eventually meet in the finals! Getting the chance to play against AGO ROGUE would be fun, I think.

I guess that would be your dream right? Beating all the French teams all the way to finals!

Now that Unicorns of Love Sexy Edition are confirmed to be facing Karmine Corp, what are your thoughts on them and how do you think the matchup will go?

Lurox: I’m already planning my vacation! Jokes aside, it's pretty hype to play against KCorp since they're a huge team and have big names on their roster. Also, playing against Doğukan "113" Balcı will be fun since he does different stuff compared to other junglers. It will be a tough matchup just like any other LFL team, but I think we can match them with the proper preparations.

Moving on a little bit away from the EU Masters. You were associated with FC Schalke 04 Esports for quite some time and you even made your LEC debut with them. Looking back on your time with S04, how do you see your time with them and do you have any fond memories of your time there?

Lurox: Definitely, especially with the staff which I’ve had good relations with and pretty much with all of the players there as well, since I played there for two years. I look back fondly on that time, mainly because I enjoyed playing there. They did give me the chance to play in LEC first which was…kind of a risky move at the time due to some complications that went on with the main roster.

When you were in playing in LEC I would have presumably thought that you would have been quite close with Erberk "Gilius" Demir from the main roster. What did you learn from him then?

Lurox: Not really, to be honest. It wasn't that we were that close either because when he went out of the LEC roster. Actually, I can't remember what happened but I don't think he was present very much. And then when we switched places again and so on, we weren’t really interacting that much.

But I guess one thing I learned from him was just to bring like a more positive attitude to everything and learning saying ‘no’ to your laners a bit more, because I was pretty bad thing at saying no in general.

You've spent two years with S04, then you went to AGO ROGUE and now you are playing with the Unicorn of Love Sexy Edition and in the Knockouts of the EU Masters. How would you say your career has progressed so far and how have you progressed as a player?

Lurox: Well, I would say that I'm the best I've been. I think after I dropped out of LEC, it took me a while to get back to it again, and I think the year AGO ROGUE didn't really help me there. The competition there wasn't the best and we had our own issues in the team as well.

So yeah, I'm happy that I’m playing in a more competitive ERL again where you have to try hard every week in and out to win your games. It's definitely more fun and more demanding as a player to just improve.

Thank you Lurox and best of luck in the Knockouts. The EU Masters Knockouts begins on April 28th and you can catch it on the EU Masters Twitch channel.