With the player break nearing its end and the BLAST Premier Fall Groups fast approaching, a lot of teams have opted to make changes to their rosters. So, which teams have chosen to make adjustments thus far during the break? Here's a list of some more notable and interesting roster moves after the Summer break.

Henrique "HEN1" Teles has been added to MIBR as the team's fifth player. The AWPer steps in to take up Breno "brnz4n" Poletto's AWPing responsibilities after Imperial-bound chelo left the position open.

HEN1 had been without a team for the previous month before joining MIBR. After 00NATION acquired Epitacio "TACO" de Melo, Eduardo "dumau" Wolkmer, and Bruno "latto" Rebelatto back in July, HEN1 was let go from his GODSENT contract.

In 2020, the Brazilian was ranked as the 16th best player of the year on HLTV's Top #20 player rankings, which is only one example of HEN1's illustrious career. Additionally, he has several outstanding tournaments finishes to his credit, most notably when his Immortals team made it to the PGL Major Krakow final and his MVP-winning effort with FURIA in the online ESL Pro League Season 12 NA.

The Brazilians will have to go above and beyond at ESL Pro League Season 16, considering they are in a group with the world's number-one team, FaZe Clan, and G2 and BIG.

Another French shuffle is upon us, and it was kick-started by the removal of Audric “JACKZ” Jug from G2, Kévin “misutaaa” Rabier’s departure from Vitality, and Nathan “NBK-” Schmitt’s benching from MOUZ. It was recently announced that Kévin “misutaaa” Rabier and Nathan “NBK-” Schmitt would replace Nicolas “Keoz” Dgus and Jayson “Kyojin” Nguyen on the Falcons side. A couple of days earlier, it was also made public that Audric “JACKZ” Jug would be replacing Lucas “Lucky” Chastang on HEET. 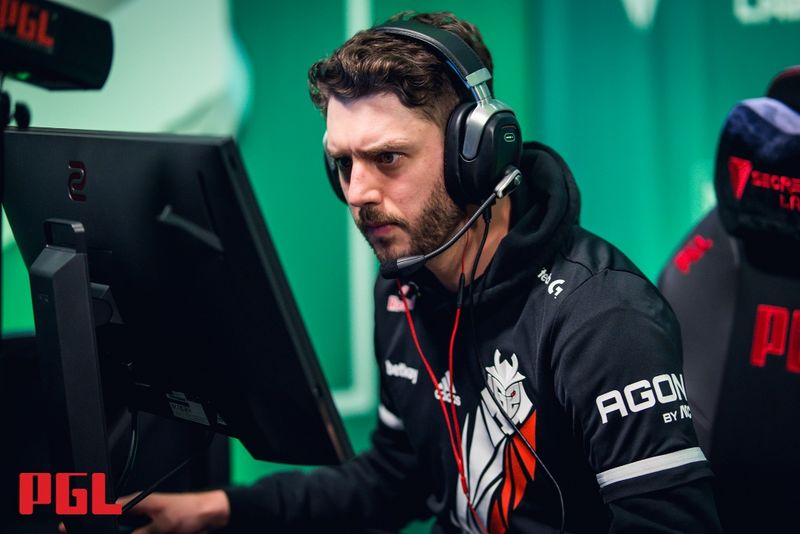 Complexity entered 2022 with an all-new American project, and it struggled to get off the ground. Their most recent outing was at the IEM Cologne 2022 Play-In, where Johnny “JT” Theodosiou’s men failed to qualify for the main event, exiting the Play-In in last place. This extended the Complexity squad’s losing streak to ten in a row, and it was obvious to most that roster changes were on the horizon heading into the Summer break.

American sniper Paytyn “junior” Johnson showed promise throughout the pandemic. His stint with Triumph in 2020 netted the young AWPer three shoutouts from other professional players as a “Bold Prediction” to step out as a big talent heading into the next year. This attention netted him a spot on FURIA and then eventually on this blockbuster all-American Complexity side. The expectations were high, but the lineup ultimately fell short, and these poor results were in part attributed to the poor performances of the sniper, as mentioned earlier. 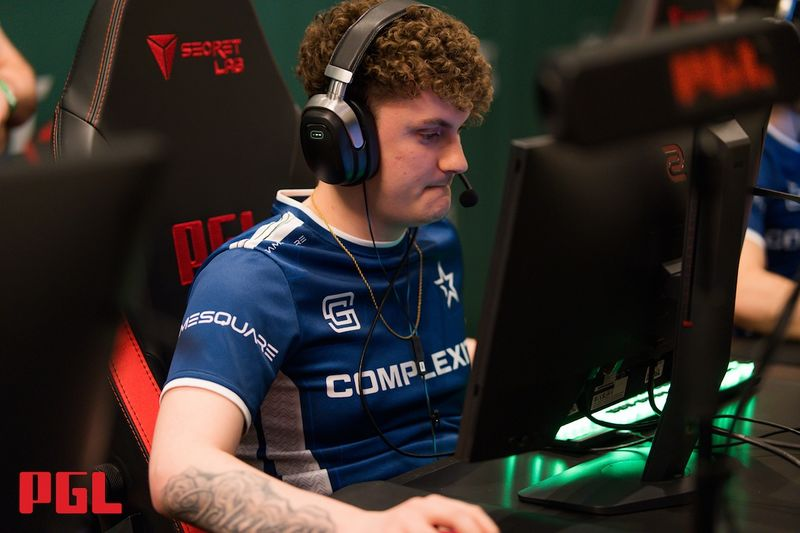 Therefore, heading into the Summer break, the Complexity organization decided to bench the underperforming 21-year-old and replace him with Norwegian AWPer Håkon “hallzerk” Fjærli. The Ex-Dignitas star will look to turn the fortunes of this American roster around and propel the Dallas Cowboys-backed organization to some strong results in the second half of the year.

After the sale of their previous roster, Copenhagen Flames is looking to embark on a new project and again build another Danish powerhouse. They acquired Thomas "birdfromsky" Due to Frederiksen from ECSTATIC, who is hot property at the moment due to the immense success he found with this international side. Johannes "b0RUP" Borup and Thomas "TMB" Bundsbæk were signed from MAD Lions alongside Rasmus "raalz" Steensborg from Sprout to round out this new lineup’s rifle trio.

Alongside this Danish quartet, Romanian star Iulian "regali" Harjău was brought in to fill the AWP role for the Flames. Prior to this move, the nineteen-year-old played for academy side Fnatic Rising and showed his worth in the WePlay Academy Leagues. This roster has a few tenured players - Johannes "b0RUP" Borup formally from Heroic and Thomas "birdfromsky" Due Frederiksen, who is a fairly experienced leader, as well as some young promising talents in Iulian "regali" Harjău, and Thomas "TMB" Bundsbæk. This fact leads me to believe that this lineup has immense potential and can certainly reach the heights of the previous Copenhagen Flames squad.

This Summer break has prompted the Norwegian organization to head in an international direction. They began with the acquisition of Jakub "kuben" Gurczyński as their coach, who was famously part of the Golden Five. It is unknown whether the organization or the newly obtained Pole caused the subsequent signings, but they started with Lithuanian Justinas "jL" Lekavicius from MAD Lions - who is looking to be a phenomenal talent and can certainly develop into something special.

Richard "shox" Papillon completed the Apeks roster and was brought in from Team Liquid. The French veteran will bring some much-needed experience and guidance to this lineup and, I believe, will be an incredibly important signing. Another announcement was also made, and it was that Slovakian Martin “STYKO” Styk would be taking over the reins as the leader of the international squad. This is exciting news as the 26-year-old was previously the IGL for mousesports in 2017 and 2018, where he won three tournaments - V4 Future Sports Festival 2018, StarSeries i-League Season 4, and ESG Tour Mykonos 2017. Can Martin “STYKO” Styk as the new leader, propel this international lineup to new heights in the second half of the year? 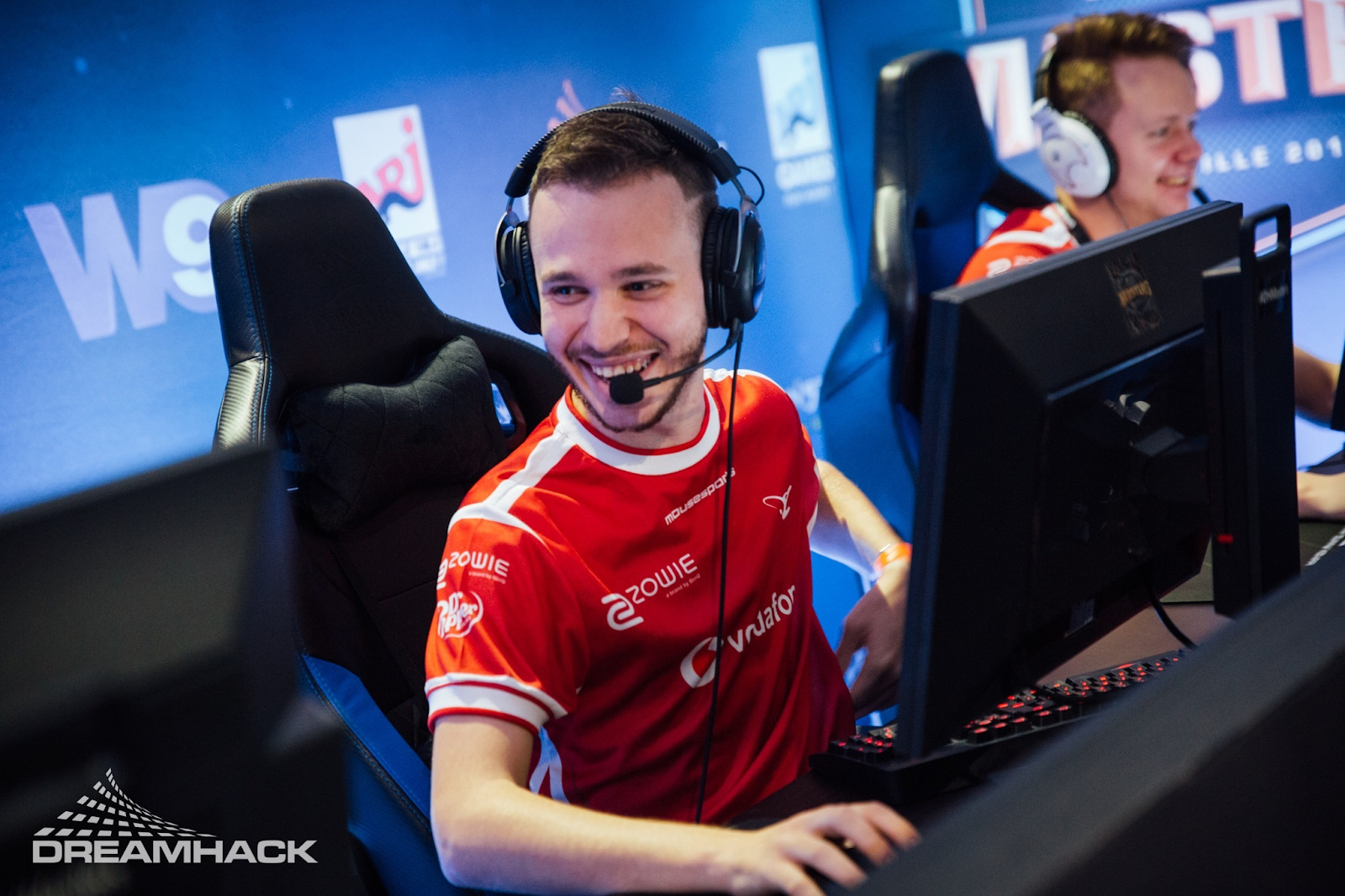 A complete overhaul in the Sprout camp

This Sprout side has some serious talent now and can look to develop into a serious tier-one side. Another interesting thing to note is Ismail “refrezh” Ali is taking over the international squad's leadership duties. It will be great to see how capable the incredibly skilled Danish player will be under the pressure of the IGL role.

In all honesty, Evil Geniuses have been a joke of an organization in the Counter-Strike space for a little while now. Their results have been pitiful, and their roster changes seem to have little thought behind them. Before the Summer break, Damien "maLeK" Marcel, Jake “Stewie2K” Yip, and William “RUSH” Wierzba were axed from the main roster. In their place, Sanzhar “neaLan” Iskhakov from K23, Jadan “HexT” Postma from Carpe Diem, and new coach Daniel “Vorborg” Vorborg from Copenhagen Flames.

A new roster always comes with new motivation, and youngster Jadan “HexT” Postma could develop into a massive talent. However, the core of this Evil Geniuses roster is still present, and I will be surprised if they start making playoff appearances soon. Alongside this move, Evil Geniuses made some changes to their secondary squad - EG.CD. William “RUSH” Wierzba was moved to this squad, In-Game leader Peter “stanislaw” Jarguz was brought back and will join Connor “chop” Sullivan, Jerric “wiz” Jiang, and Colby “Walco” Walsh on the Evil Geniuses: Carpe Diem lineup.

Regardless of the success of these rosters, what Evil Geniuses is doing is vital for the North American Counter-Strike scene and will certainly help to develop some of these potential talents that may become integral for the future of North America in this game.

To conclude, the second half of 2022 looks incredibly interesting, with many new teams full of immense talents. Will any of these squads be able to rise the ranks and fight for playoffs at some of the biggest stages in the world?