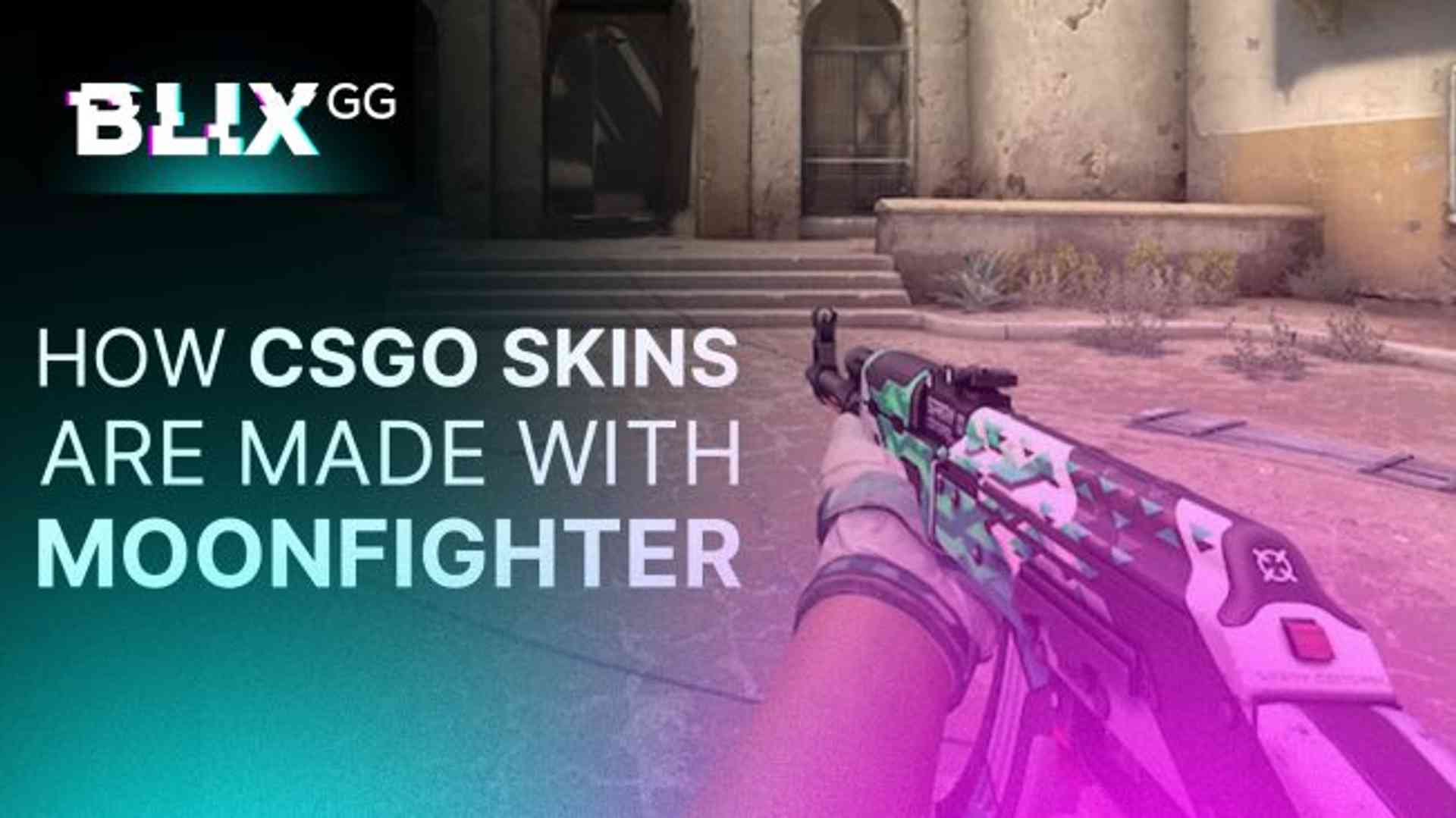 Elbert Hubbard said: “Art is not a thing, it is a way”. For most people, art is a painting of the Mona Lisa, and for us, it’s pixels in a video game.

From the darkest plain colors to the brightest most colorful, skins come in different designs and colors. Each skin might be different from the other, however, they all share one thing in common, Which is; every skin has a story, and every story has its own hero. You might like and admire some skins, and you might dislike some. But! Have you ever wondered how they were made? 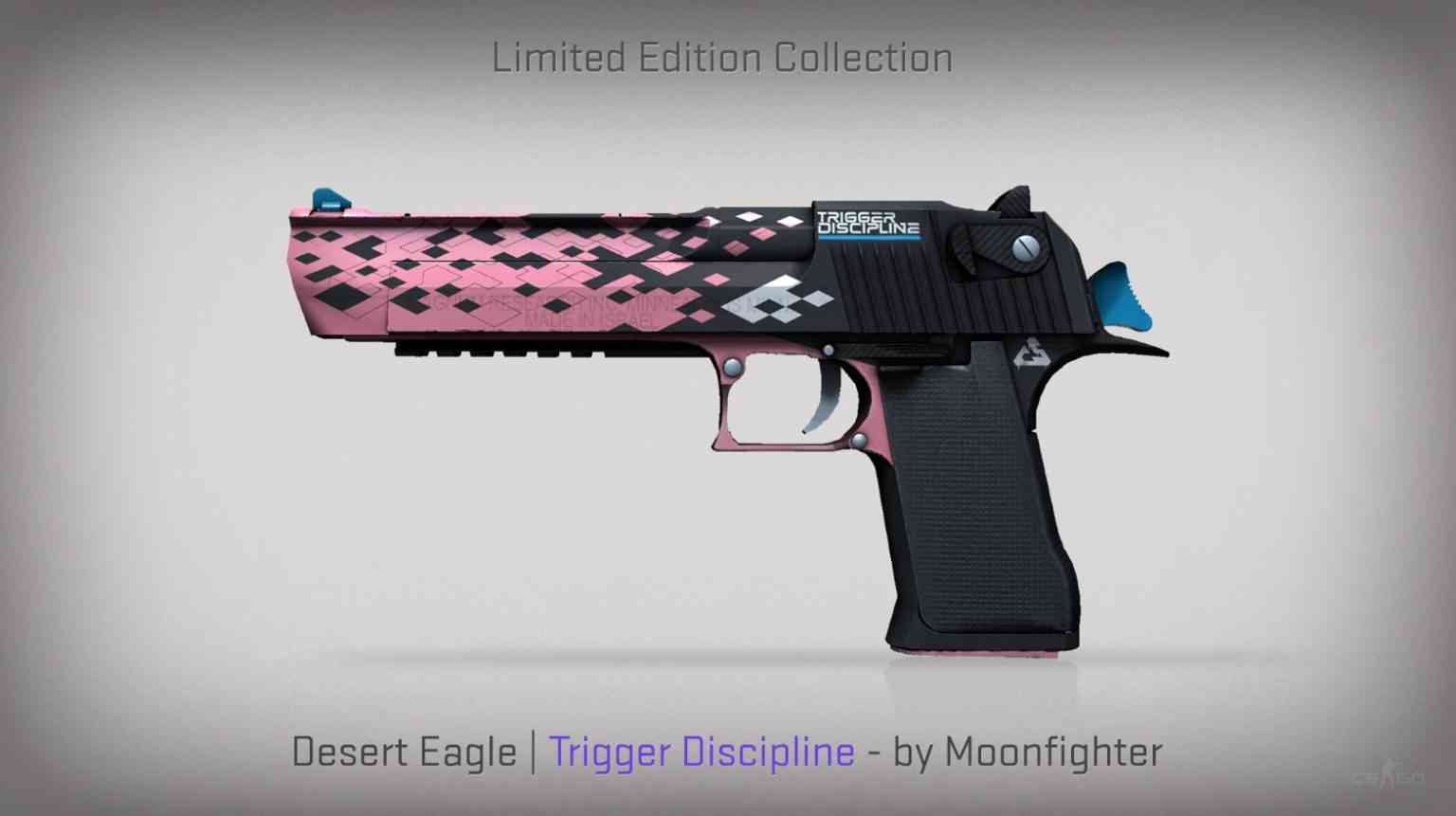 Today, ‘Moonfighter’ who’s an artist and skin maker well known for his beautiful Desert Eagle | Trigger Discipline among other amazing skins, will answer different questions on how skins are made.

“My name is Karol, and I’m from Lithuania, born and raised. I am turning 25 this year. Been a fan of Counter-Strike since I was like 8 years old. 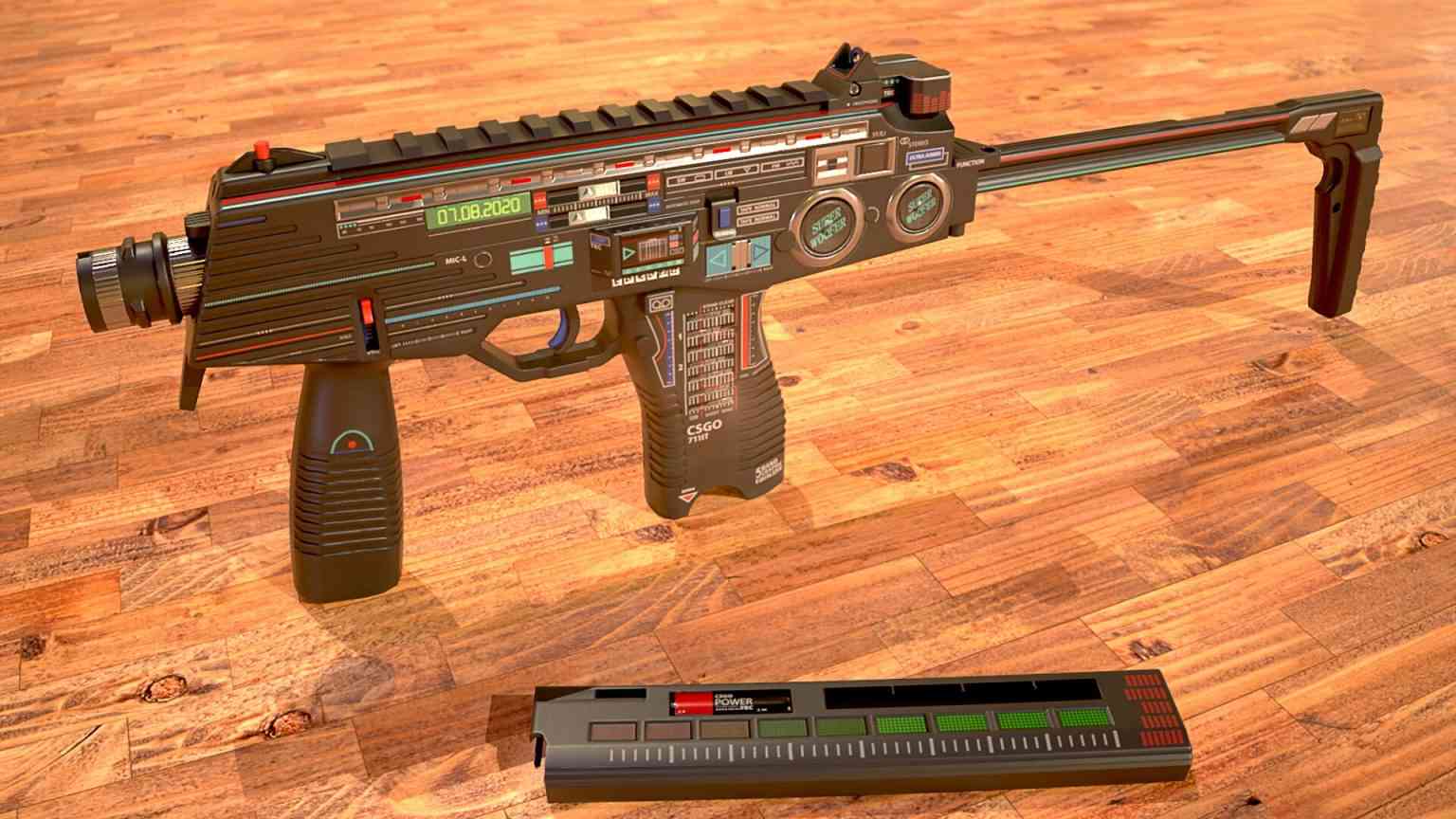 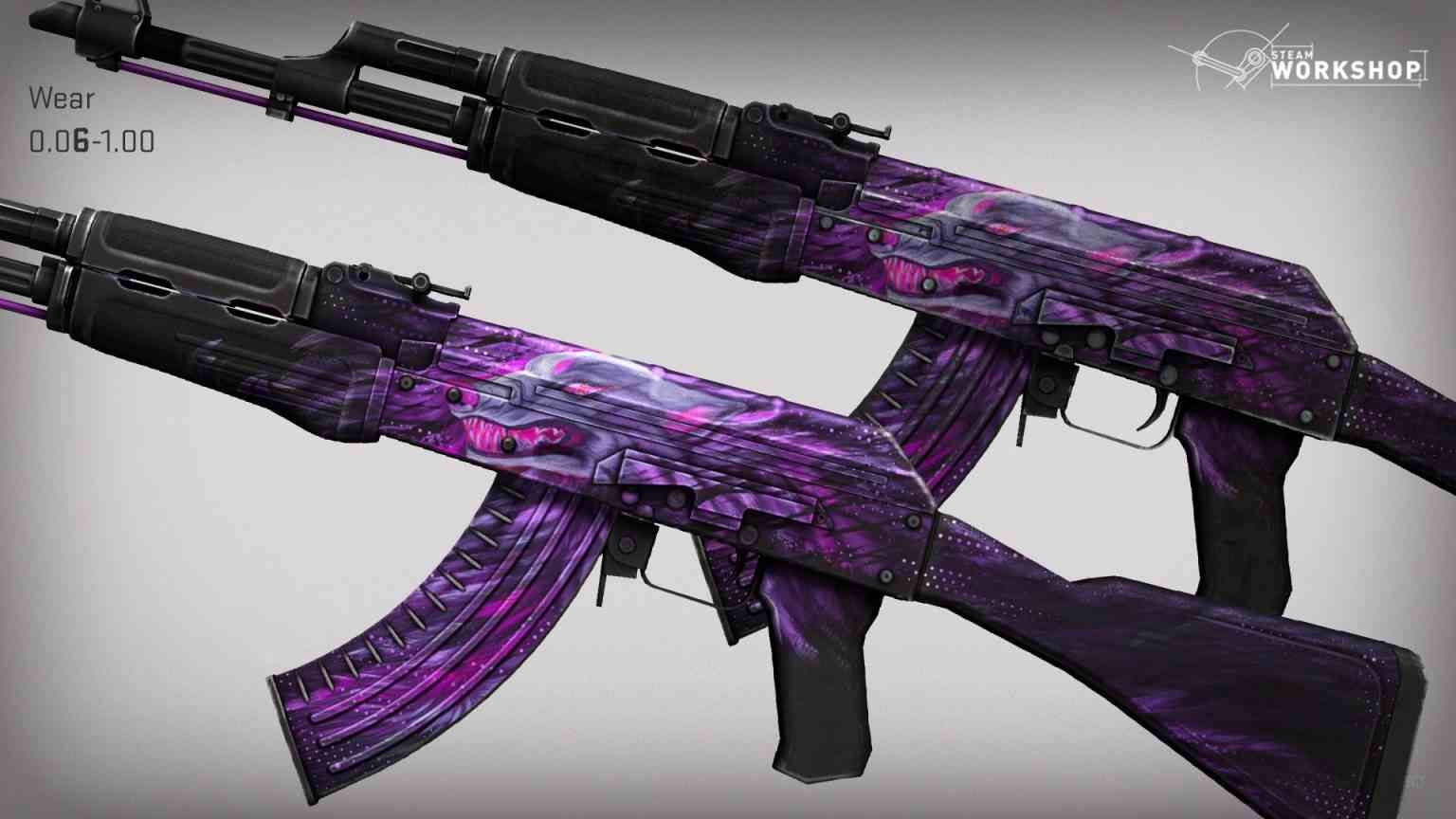 I remember the hype I had for CS:GO being released in 2012, I even attended a writing contest in school and as a reward, my mom got me the game. I started making skins for this game as soon as the workshop was announced (late 2013), and after 7 years of hard work, I finally got my first accept!“

HOW DO YOU MAKE A SKIN?

“This is a question without a simple answer. To make a skin you have to have an idea, a vision of how it would look in game. Every artist has their own workflow, and there is no “correct way” of making a skin. I usually start with base materials like metal all over the weapon, adding some secondary material, like rubber for grips. 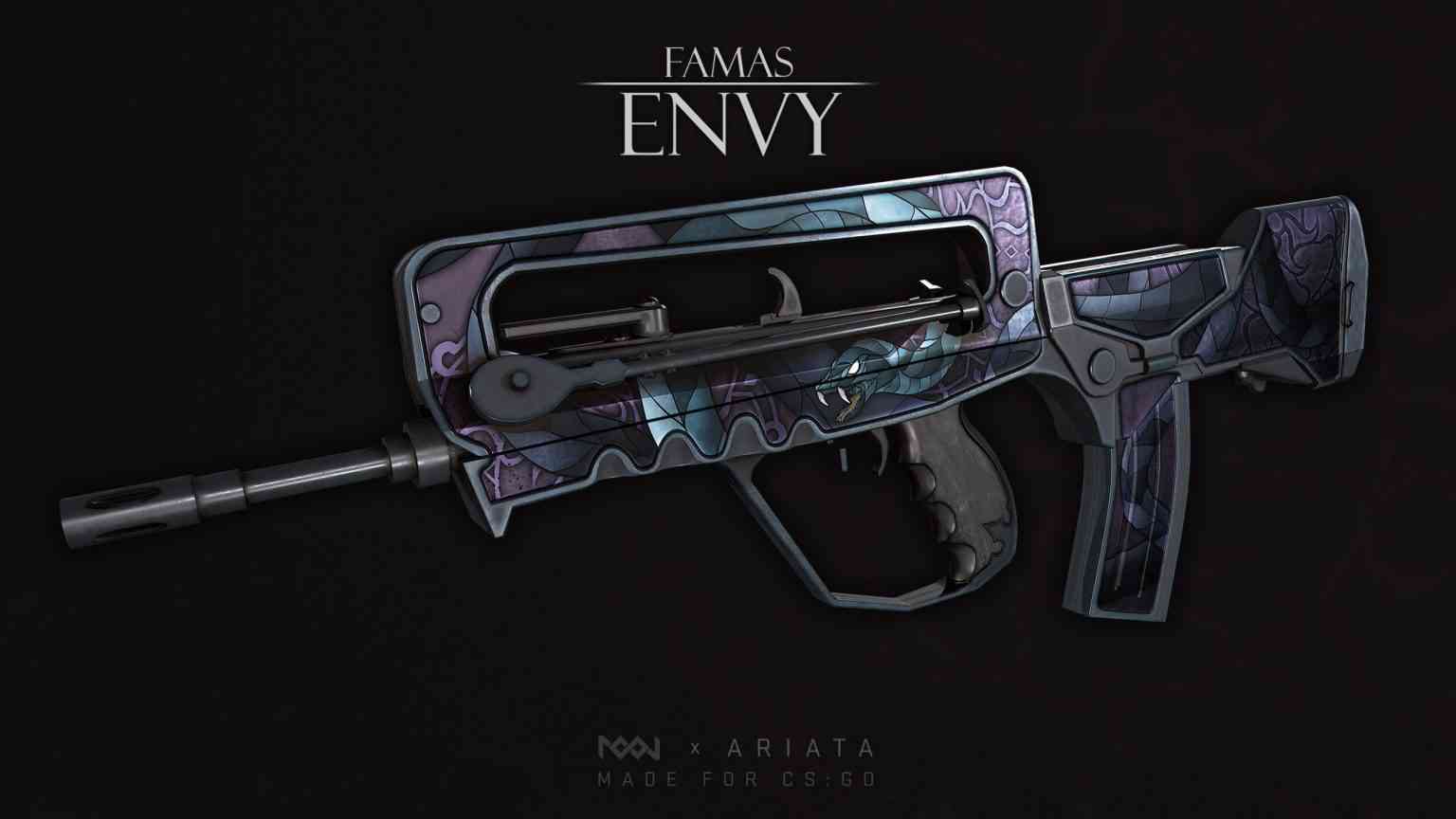 Then I continue with the rest, it could be some shapes, it could be an artwork, anything that is on my mind for the skin I am working on. Some artists start with completely remodeling the weapon to have good high poly bakes (I’m pretty sure Millenia 3D was the first to do it), then add various elements to fulfill the skin.”

WHAT ARE THE MUST-HAVE PROGRAMS TO MAKE A SKIN?

“You can use different programs that can do a specific action needed for skin making, some are paid, some are free. I will however name a few programs that I found suitable for me, and those are easy to learn/hard to master programs:

I saw some people using Gimp as a free alternative for Photoshop, and it worked fine.”

WHAT INSPIRES YOU TO MAKE A SKIN? 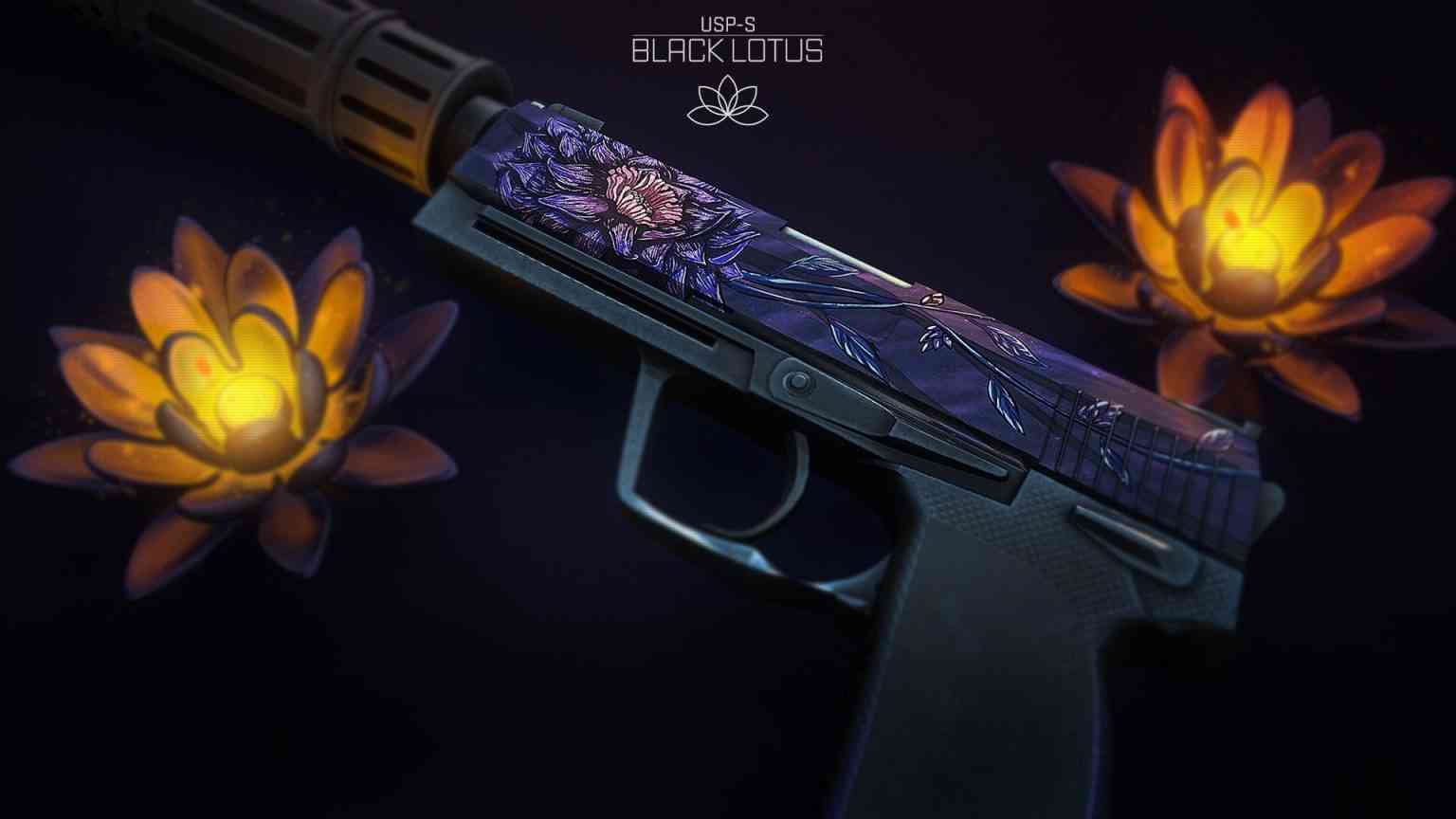 “Different stuff can inspire me to make a skin, really. Good examples are two of my accepted skins in CS:GO. Trigger Discipline is pretty much a term in CS:GO, a moment when a player doesn’t pull a trigger at the exact second when they see an enemy, but instead, they let him pass and expose multiple enemies, before taking them out without sudden realization. So I thought it would be a cool idea to somehow translate it into a skin, and it apparently worked out! The other skin idea for my USP-S | Black Lotus came from a very rare card from a board game called Magic The Gathering, also called “Black Lotus”. So I thought that would look so well on some weapons in CS:GO, and it eventually turned out to work.”

HOW DO YOU PICK THE RIGHT WEAPON FINISH STYLE FOR A “SKIN”?

I think it’s really a personal preference, and stuff that works/doesn’t work. My favorite is definitely Custom Paint Job (CPJ), as I have full control over the wear. 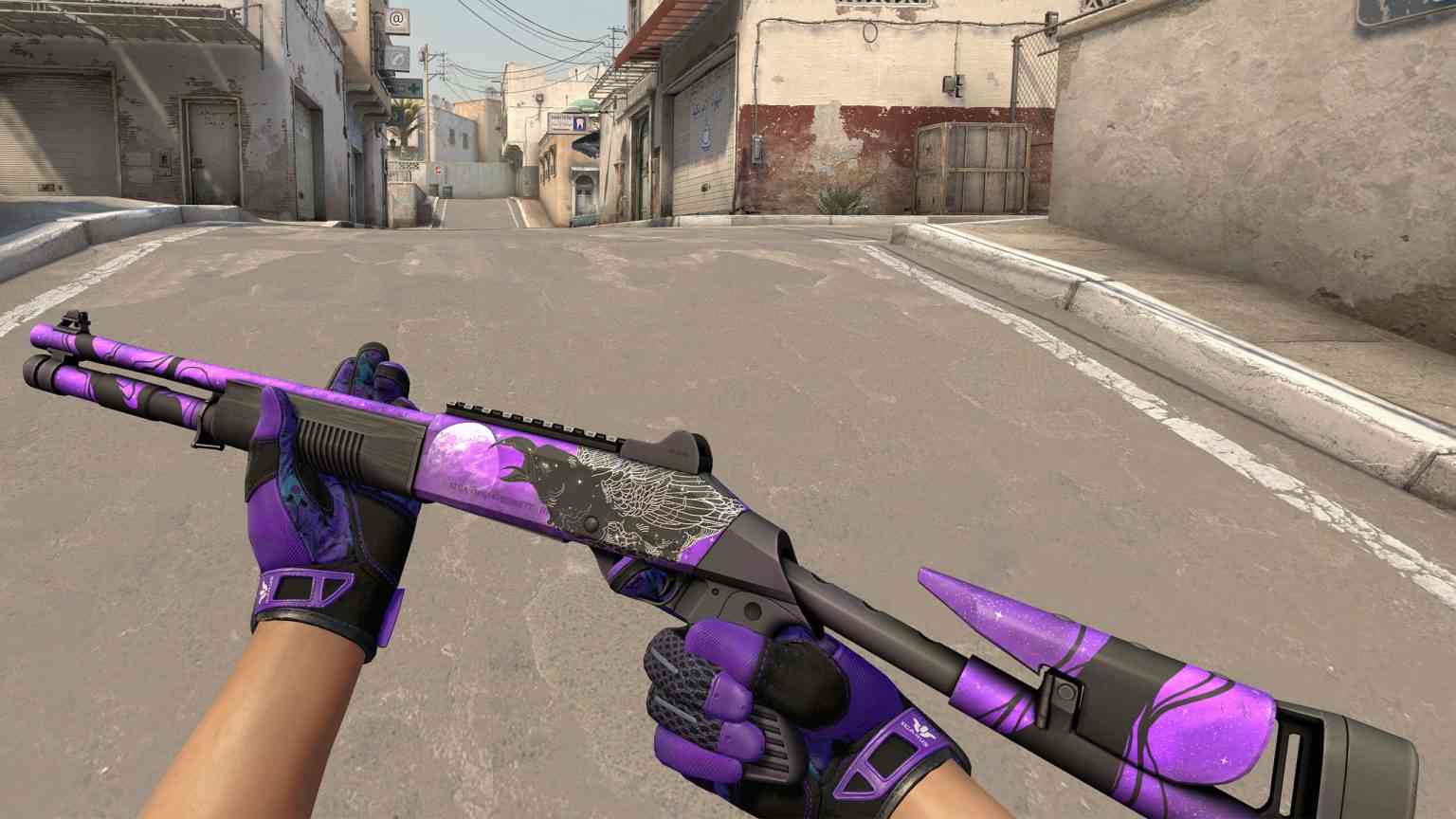 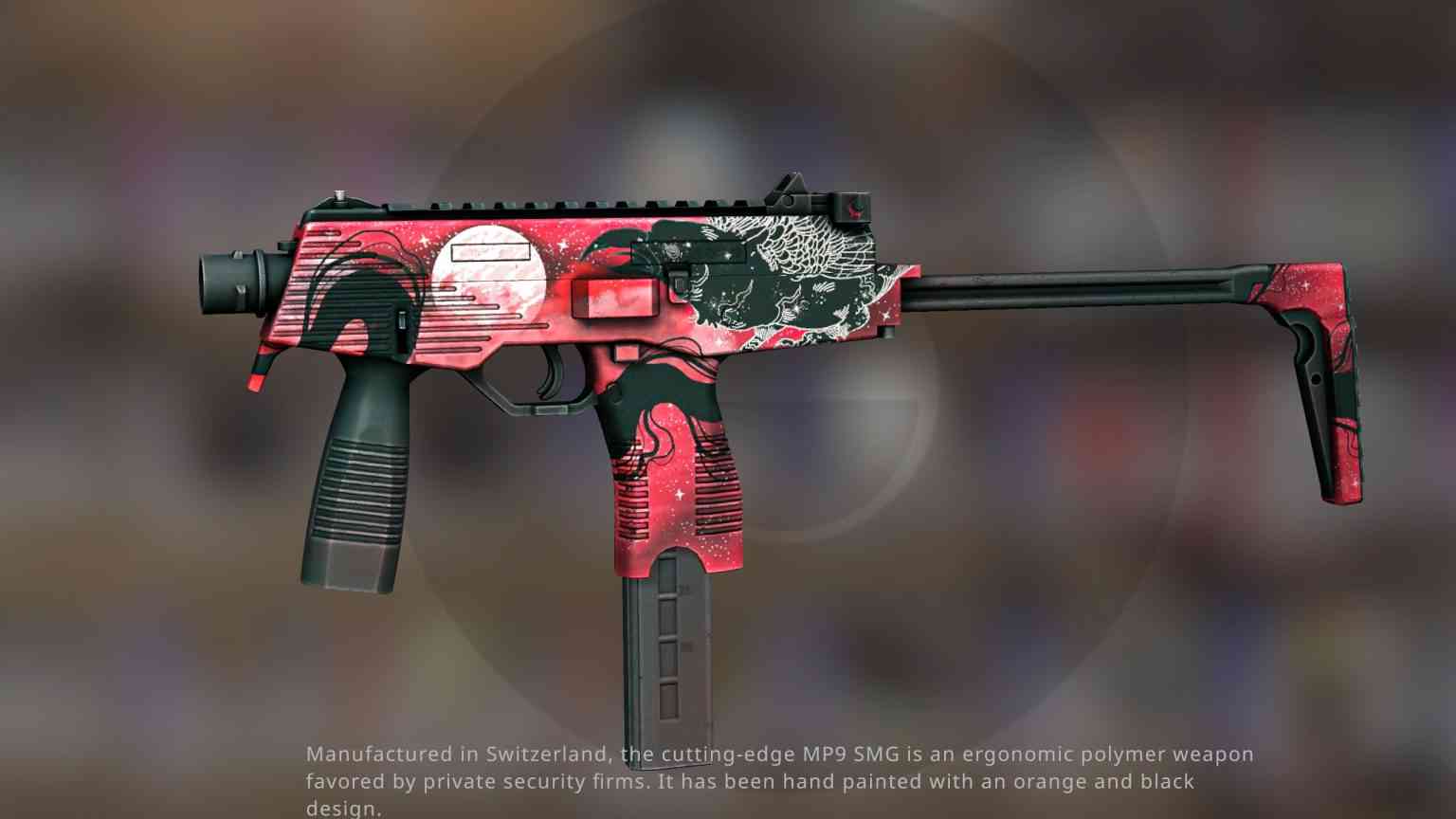 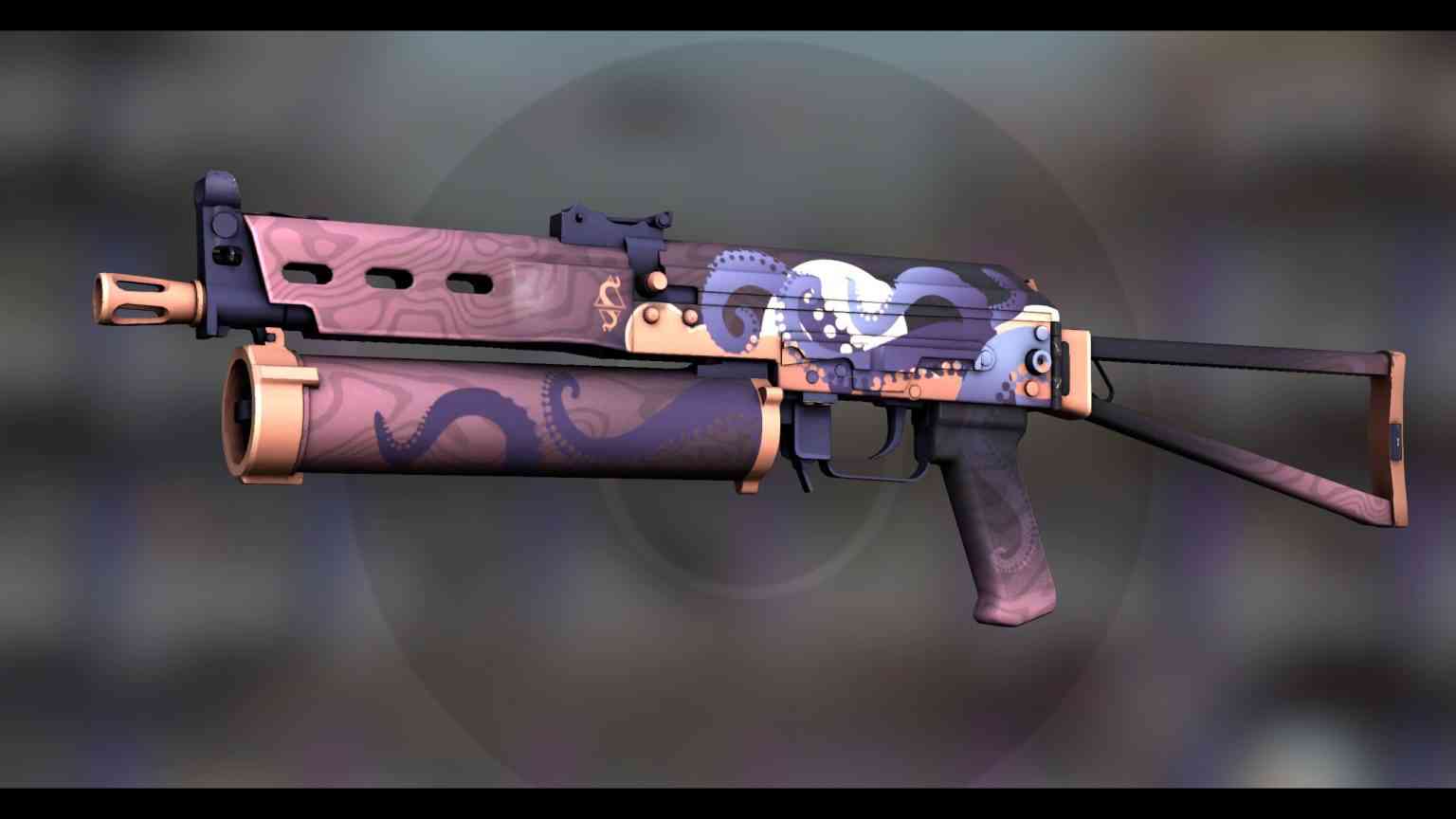 CPJ works wonders with skins that have artworks on them, while more realistic weapons could use Gunsmith finish style because it allows controlling shininess and reflections better than CPJ. So it really depends on what kind of skin you are going for.

HOW DO PATTERNS WORK? HOW DO YOU MAKE A PATTERN?

I don’t make pattern skins, so I can’t answer that correctly. But as far as I know, patterns must be seamless, and texture itself is usually in three colors, red, green, and blue. In CS:GO’s workbench settings, you can adjust those colors to make the pattern look appealing. 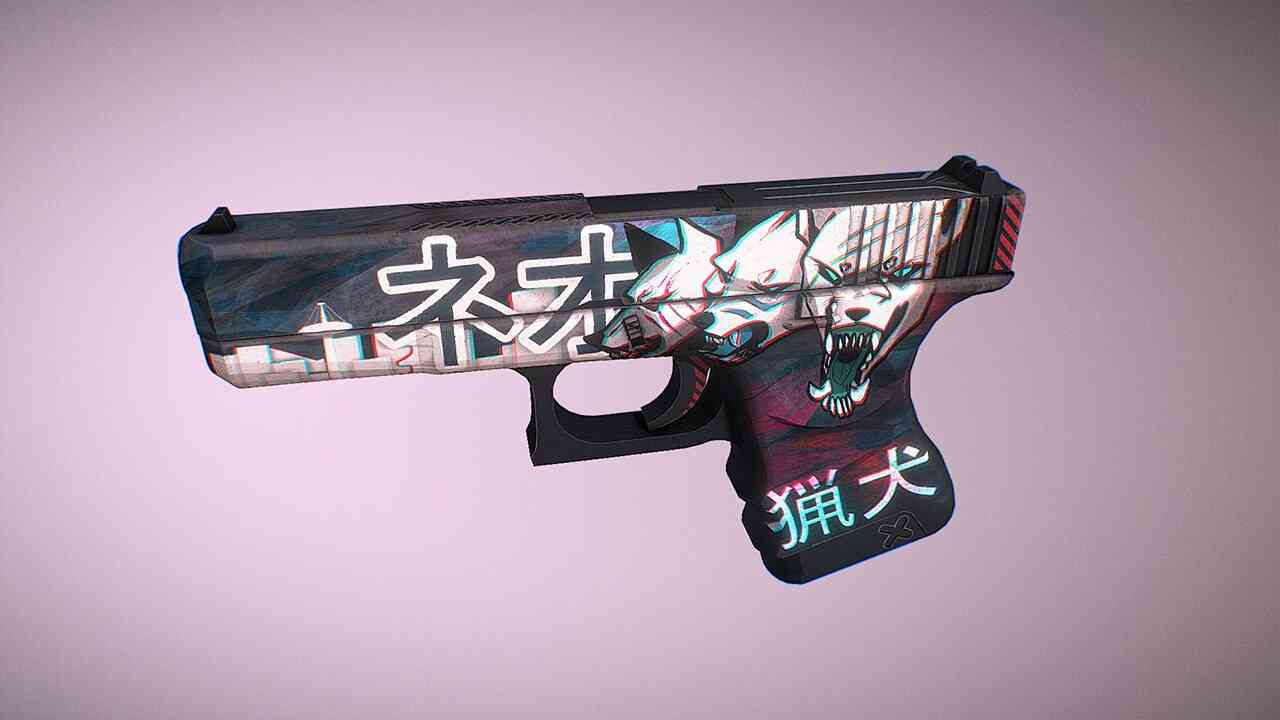 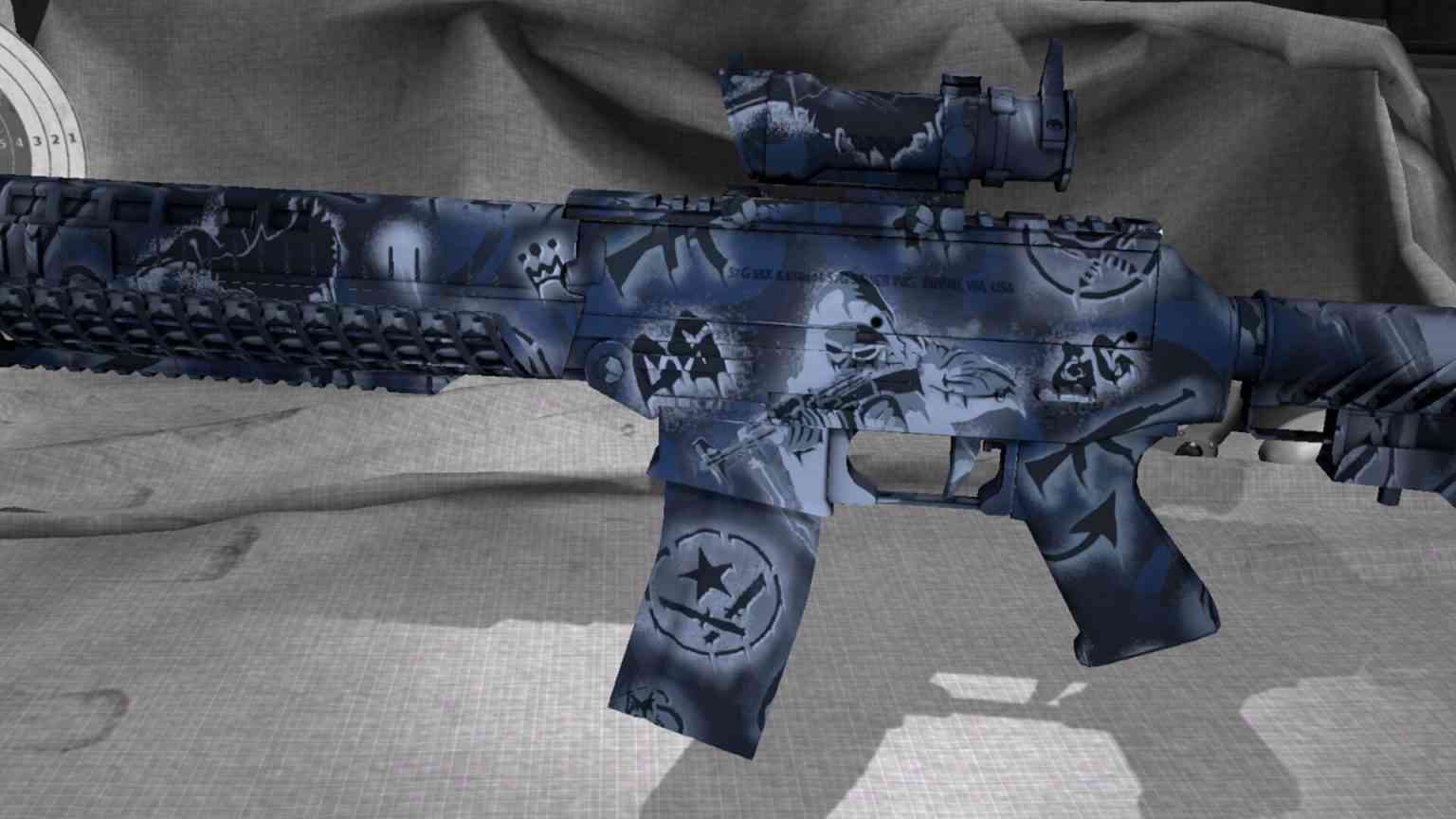 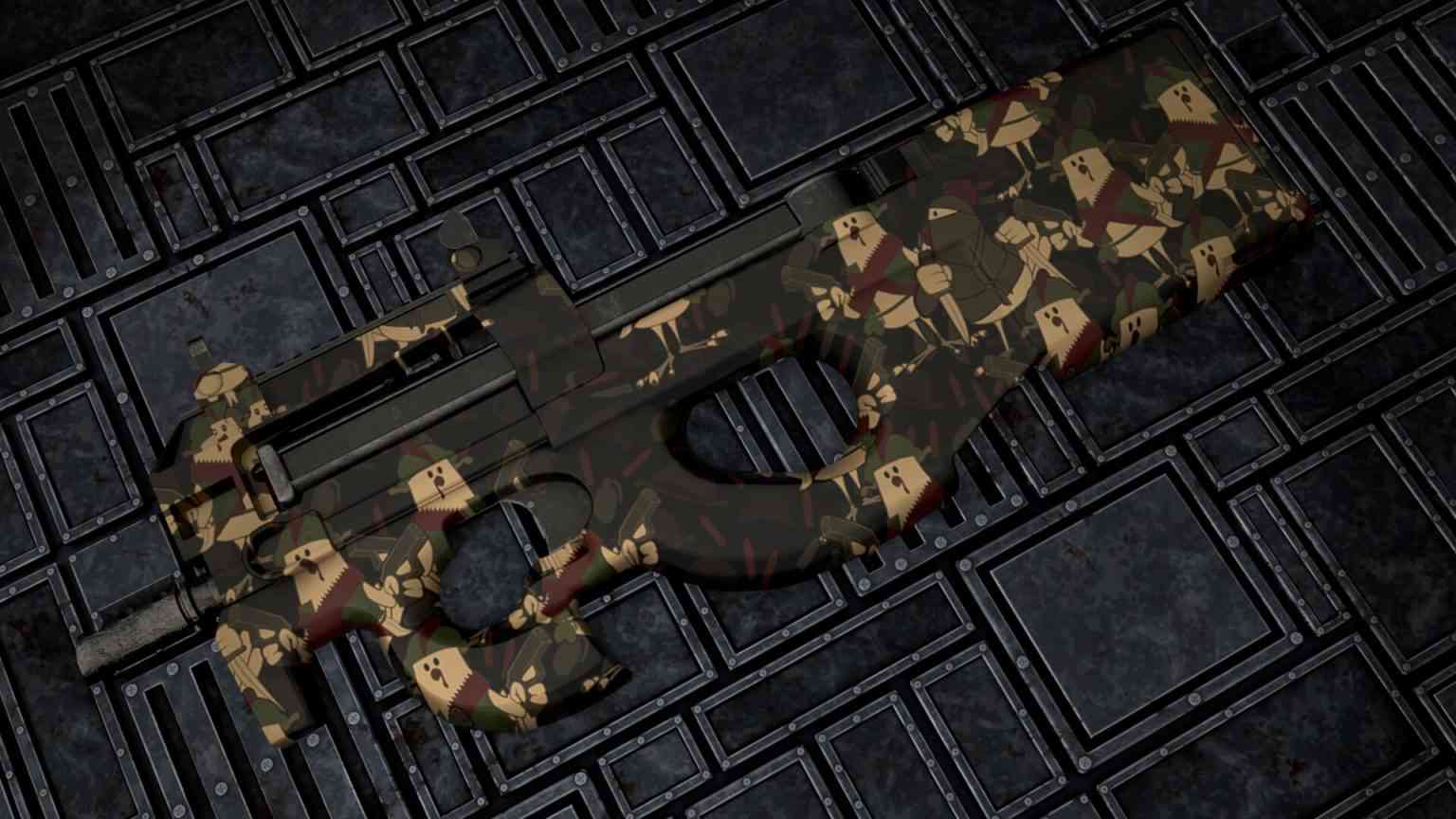 SKIN WEAR, AND HOW DOES IT AFFECT THE PROCESS OF MAKING A SKIN?

“Skin wear usually comes at the end of making a skin, and it works only with CPJ and on some parts of Gunsmith finish style. It’s usually a grayscale texture, where black colors make skin not to wear at all, and white colors make it fully worn. So you just kind of paint over your skin, where you want it to wear down, and where you don’t. Let’s put USP-S | Black Lotus as an example. I made it the way where metal parts don’t wear down at all. So the handle and silencer stays clean at all wears (in battle-scarred it just gets a bit darker), but the artwork part, where the flower is, wears down. All that information is written down in the Alpha channel of the texture.” 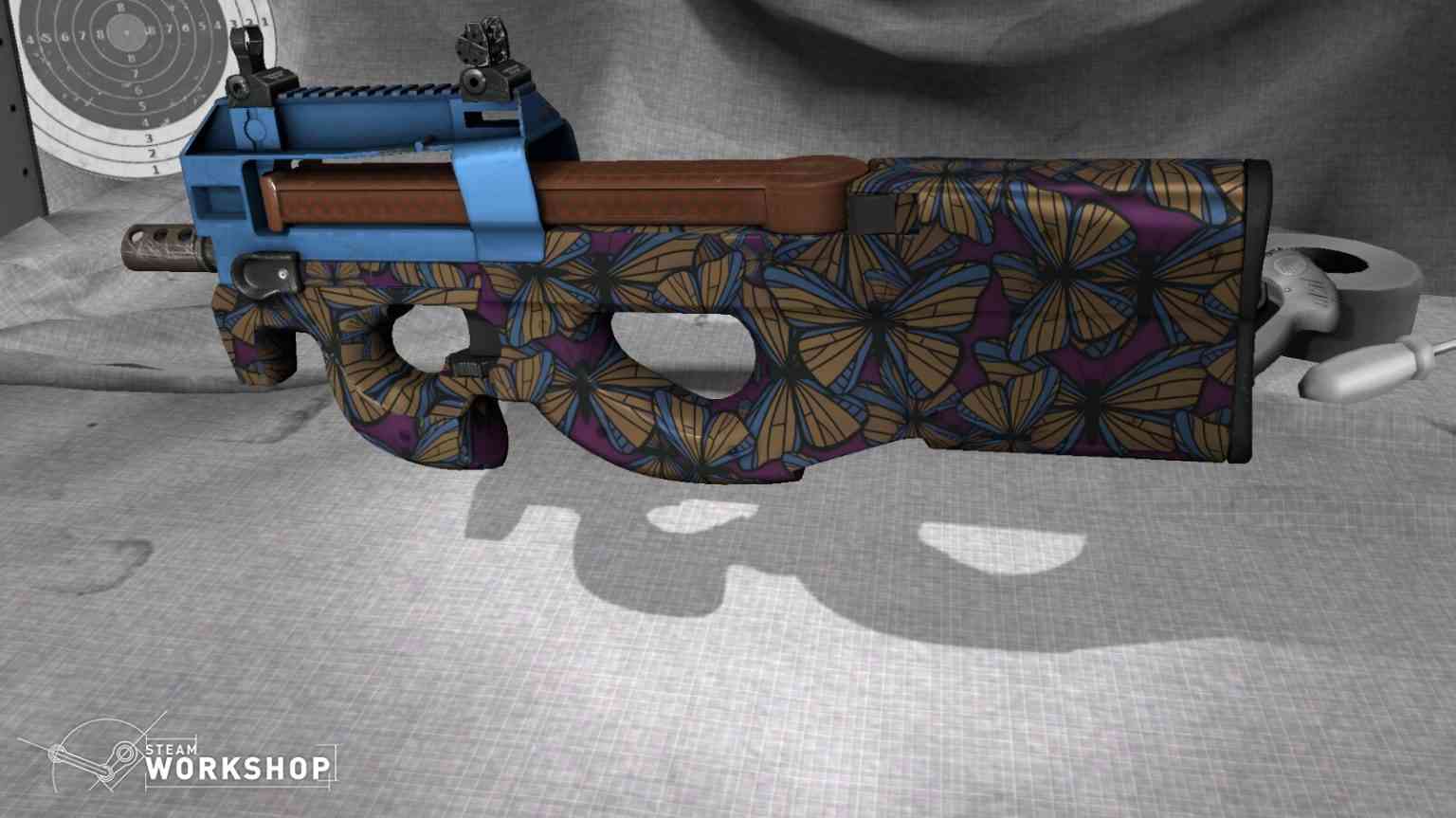 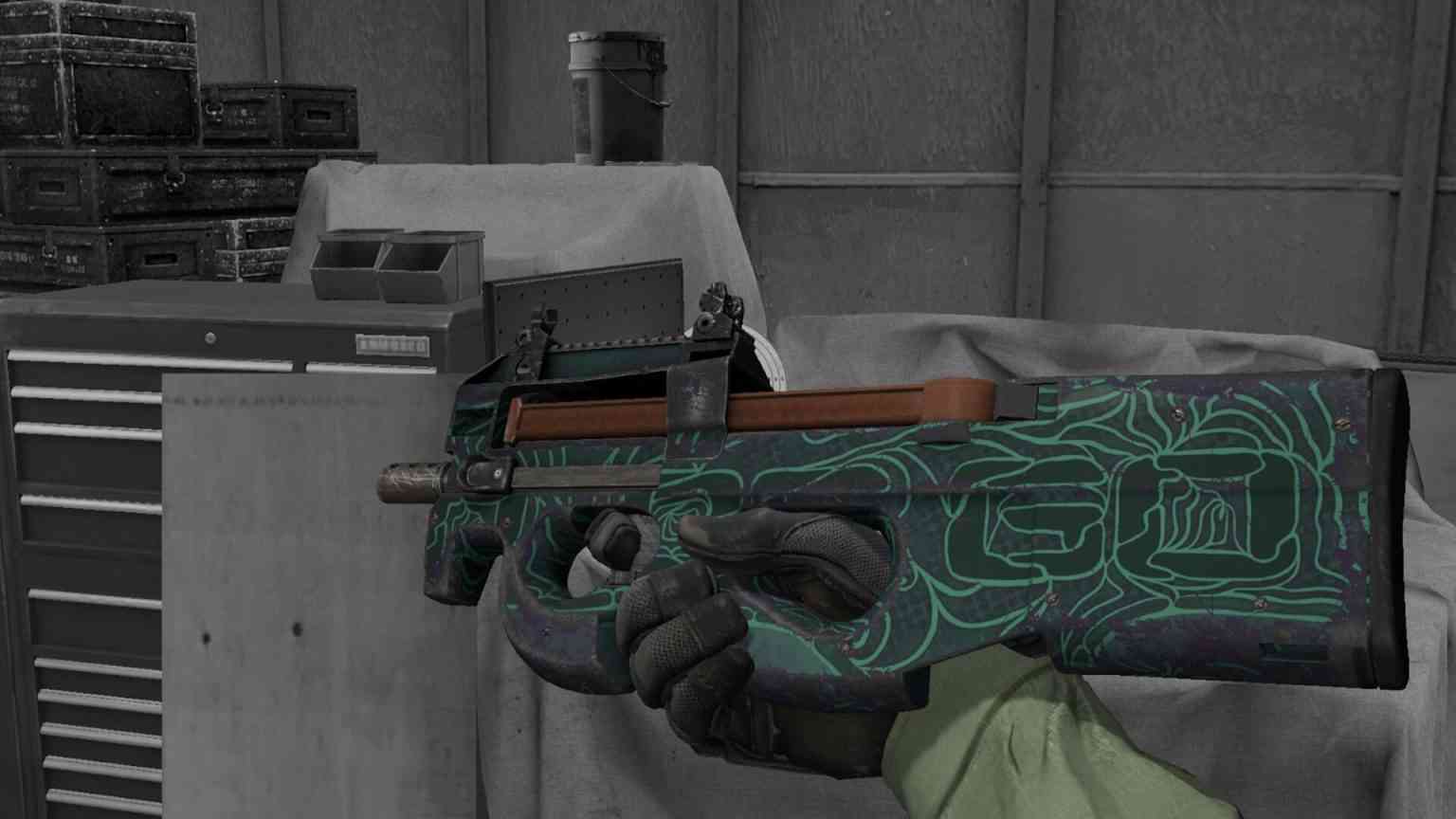 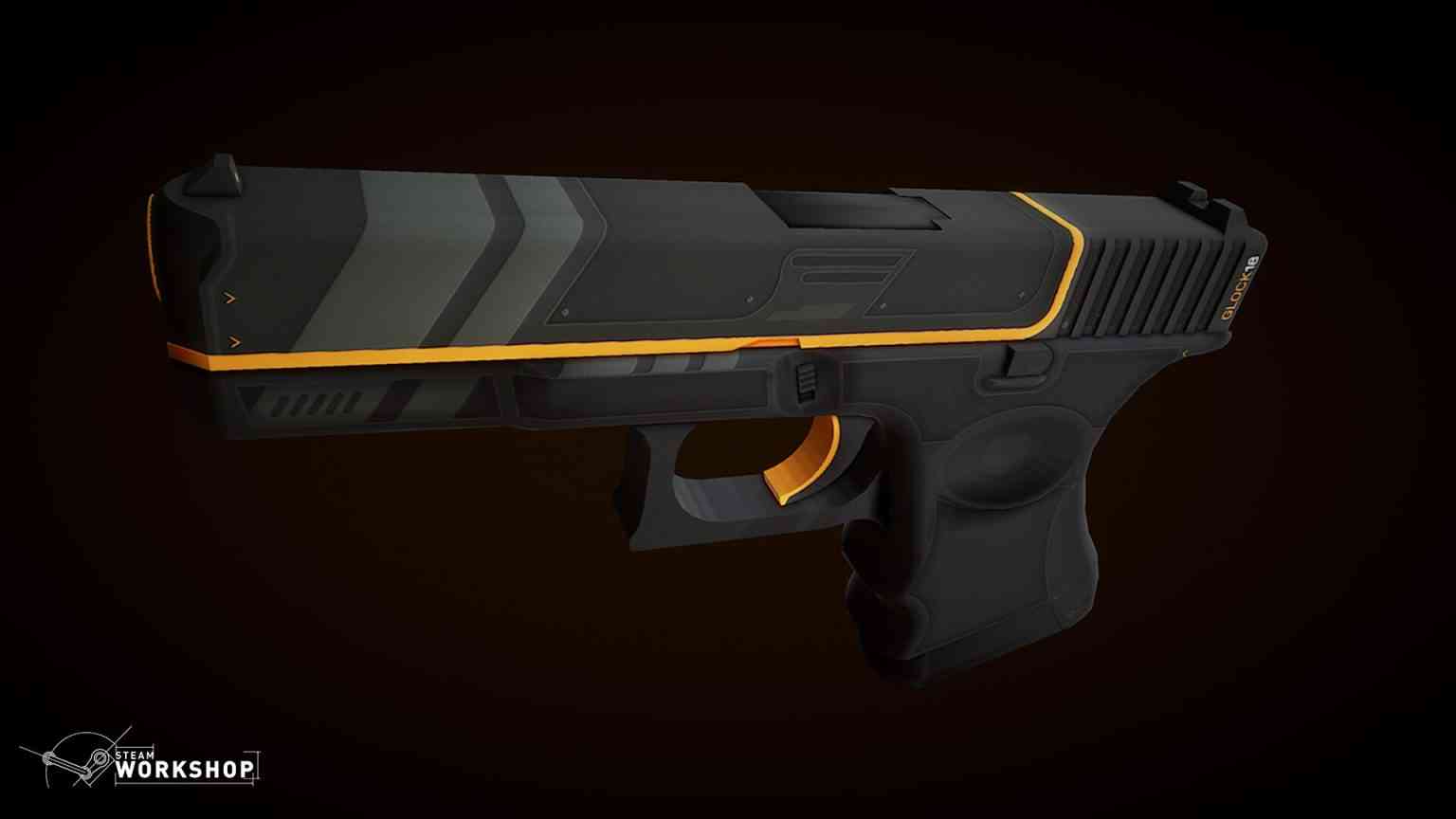 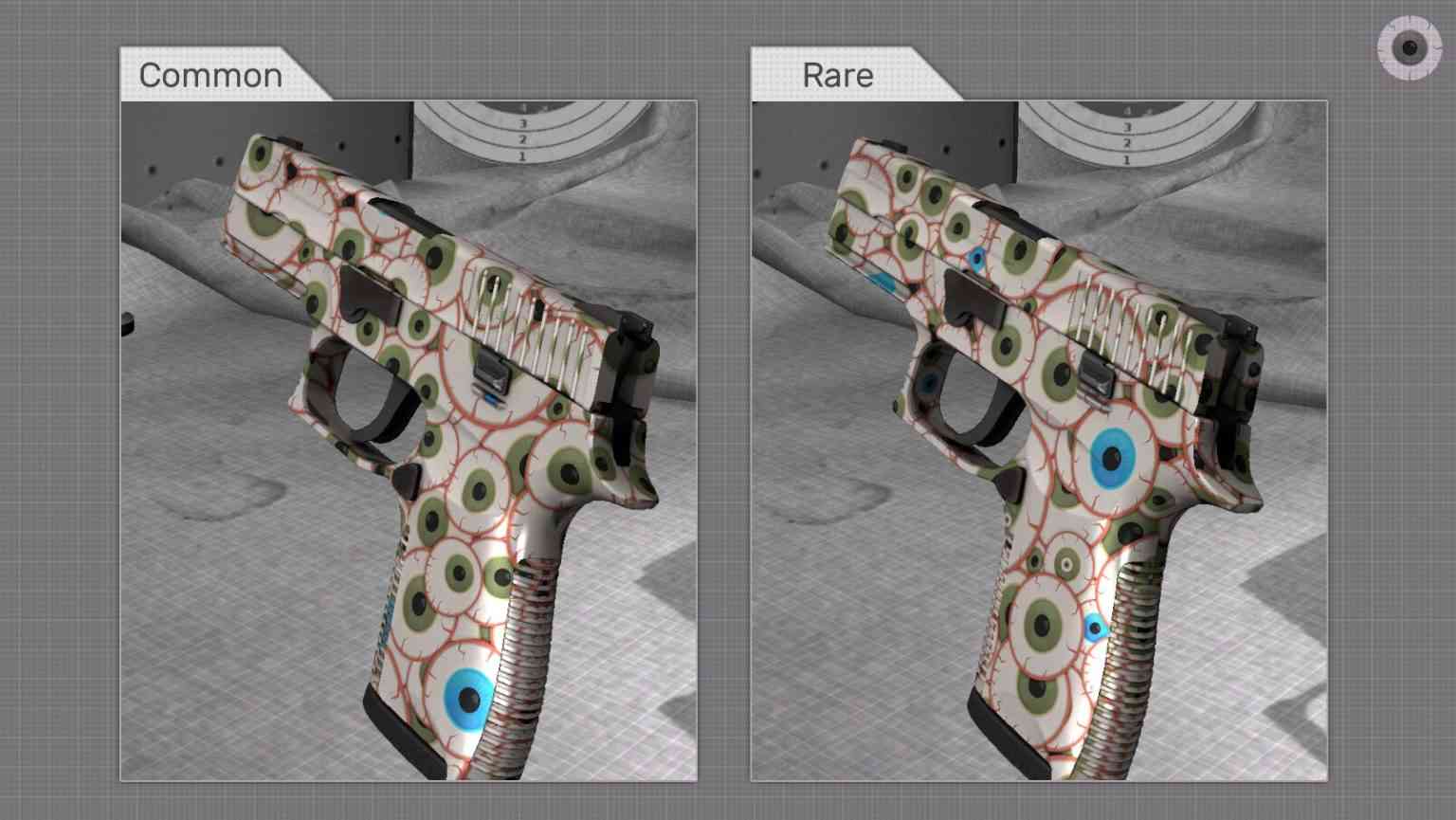 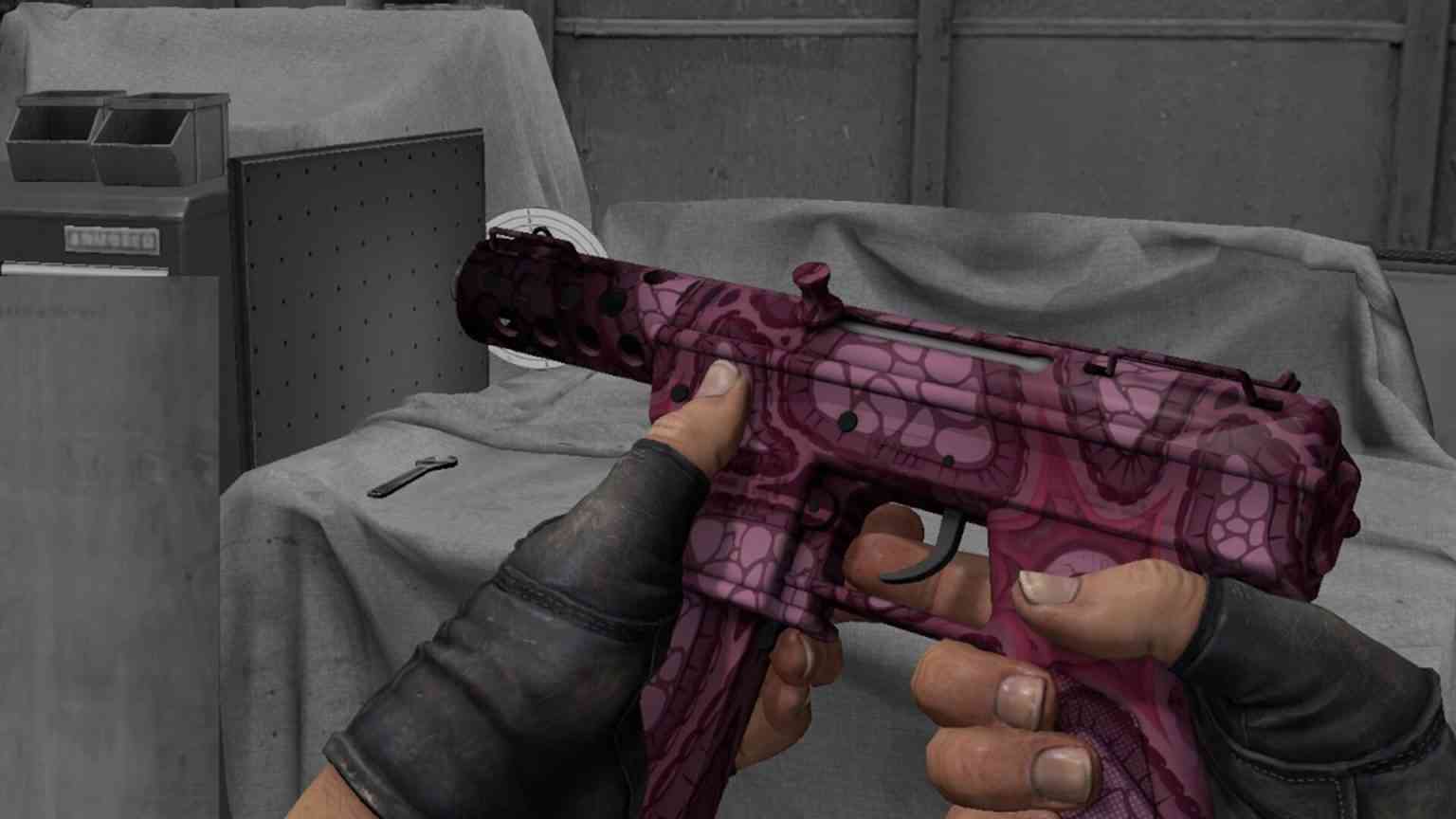 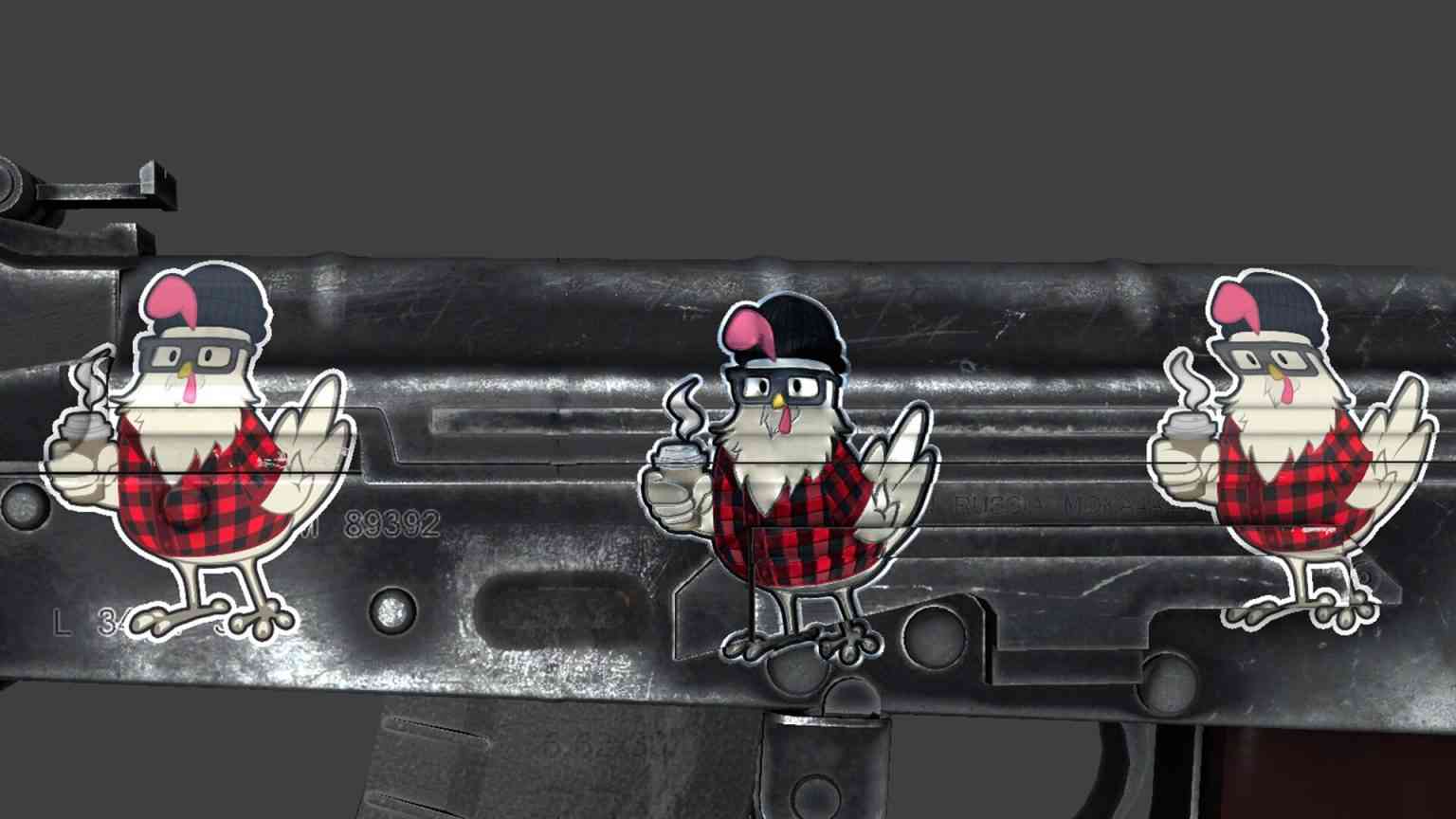 “The most important tip I could give for beginners is: Do NOT “yoink” images from Google! If you didn’t make it—you can’t use it. Be original, if you can’t draw, find someone who can, and work with that someone ONLY if you trust them. You don’t want to repeat the history that happened with M4A4 | Howl.

Other than that, just keep improving, listen to critics, don’t think your first skin is good, just because you got some comments saying “nice” under your submission on the workshop page.

Look for tutorials, guides, there are a lot of them, especially the book written by Centauri.

And don’t ever expect to get your skin added to the game, this way you will only burn out. Let it be a happy surprise if you manage to get accepted!”

A big thank you to Moonfighter for taking the time to answer these questions. Please feel free to check out his steam workshop and follow him on his social media for future updates!