MSF Florescent: “I think I'm a lot more confident. I'm able to prove myself now a lot better which I was I never was able to do.” 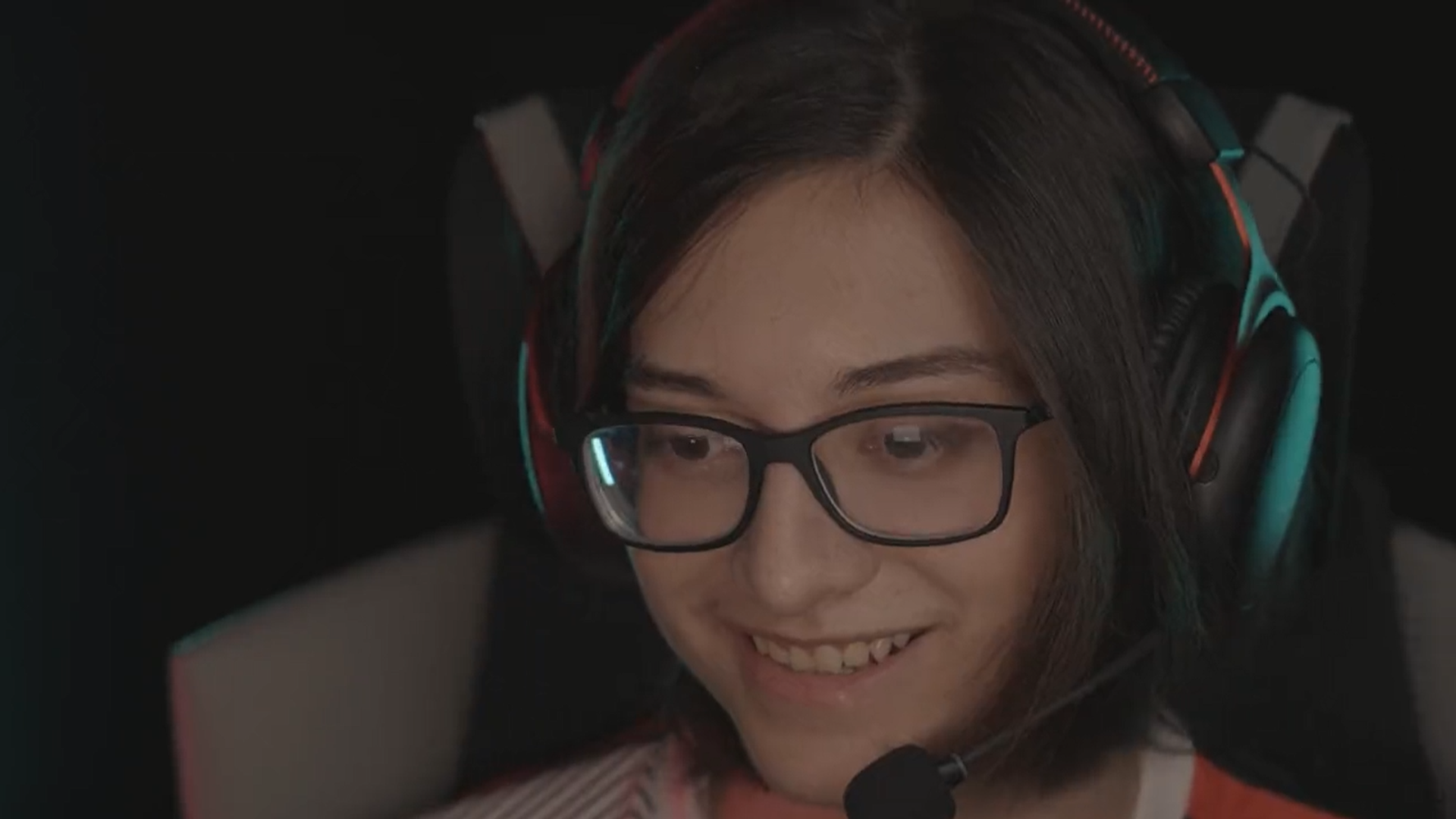 Since forming in 2021, Game Changers has served as the main stage for female and marginalized gender players to kickstart a professional career in Valorant. It is where those who are normally unable to find their footing in standard Valorant Champions Tour (VCT) play can make real noise against their peers, thereby improving the general scene for all involved.

Since then, not even two years have passed into the scene's existence and it has already seen the emergence of numerous figures who subsequently became role models for younger fans. A clear example includes Cloud9 White, North America's most dominant team with five GC titles to their name, whose players feature meL, Alexis, and Bob. But in recent months, there has been another player who's generating equal waves in magnitude through their stellar individual play.

That person's name is Ava "Florescent" Eugene, a 16-year-old who has distinguished herself by going from Iron 1 within the rank ladder to Radiant in one year and then getting signed as a professional in the next. It was as if she sped run through the exhausting journey of becoming a professional without so much breaking a sweat—or perhaps she did in reflection of the endless grind she underwent to achieve the feat.

Regardless of speculating how much effort she applied into the game, in the blink of an eye, Florescent became the subject of the Game Changers scene. As one of the newest members of an upstart team that is looking to break into the hierarchy of NA GC Valorant, she is seen as one of the most promising players in the future and one who can reach and surpass the heights which were originally set by C9W.

Ahead of Game Changers 3, Florescent sat down with BLIX.GG for an interview to discuss the progression of her Valorant career, how she transitioned from Fortnite to the FPS title, joining Misfits, and her rise within the GC scene.

Origin in Valorant and playing Fortnite

Pedro Romero, BLIX.GG: As someone who has taken the VCT Game Changers scene by storm, there's a lot of attention as to what kind of player you are and your origin with the game. I'd like to first know how you first came into contact with Valorant?

Ava "florescent" Eugene: All my friends from Fortnite played FPS games before. I never played any FPS games but when beta was coming out, they all convinced me to play with them. I got a beta key and we just played it since day one.

BLIX: It has certainly served you well. You then joined Misfits Gaming in June of this year for their GC team. How did you joining Misfits Black come about?

florescent: There were a couple instances where I was subbing in for them as one of their members on vacation and it turned out that they liked me a lot, and as the roster changes happened my name came up.

BLIX: You mentioned in numerous replies on Twitter about how you were originally a Fortnite player and spent many hours grinding the game, all the while improving your skills and so on. What kind of guns do you usually use whenever you play a typical match?

BLIX: You said in the past that you played from eight to nine hours of Fortnite for a given day, so I'm curious as to what was your longest single session of Fortnite?

florescent: For six hours a week. I still had full time school but I played as much as I could. It was just consistent.

BLIX: From then on, you transitioned to Valorant. What enabled you to make that jump from Fortnite to Valorant?

florescent: I eventually started liking Fornite less and less over time and then Valorant popped up so I started playing more of that. I just decided that maybe I'll just play this game more.

BLIX: Were your initial intentions of playing the game was just doing it casually?

florescent: Yeah because I was really bad at first with this being my first FPS game.

BLIX: You've certainly risen among the solo-queue ladder to become one of the best players within this region. Were you personally surprised as to how quick you adapted to the game and rose among the ladder?

florescent: Players and young people usually learn things a lot quicker and pick up on things, and since I'm a mixture of both, it just helped a lot.

BLIX: What sort of advice have you received from other players that helped you improve so quickly in the manner that you did?

florescent: I don't think anyone specifically reached out to me but I think I just watched a lot of high-level play and tried to put that into my play style.

BLIX: What did you make of the attention you received as a result of your performance within this game? Were you captivated, surprised, or felt any other sort of emotion?

florescent: I was just happy that I was able to do quite well as it was just a personal goal of mine to get better.

I eventually started liking Fornite less and less over time and then Valorant popped up so I started playing more of that. I just decided that maybe I'll just play this game more. - Ava "Florescent" Eugene

BLIX: You also talked about dealing with classes on top of trying to get better in this game. How do you juggle your academic studies and with the game?

florescent: I started doing home school so I have a schedule of my own where there are certain set times for class. I can do all of my class work whenever.

BLIX: Do you feel you have a head start compared to your peers in improving in this game with your peers?

florescent: I think I have a bit of an advantage because my schedule is so open now and I have a lot of friends that are now willing to help out. 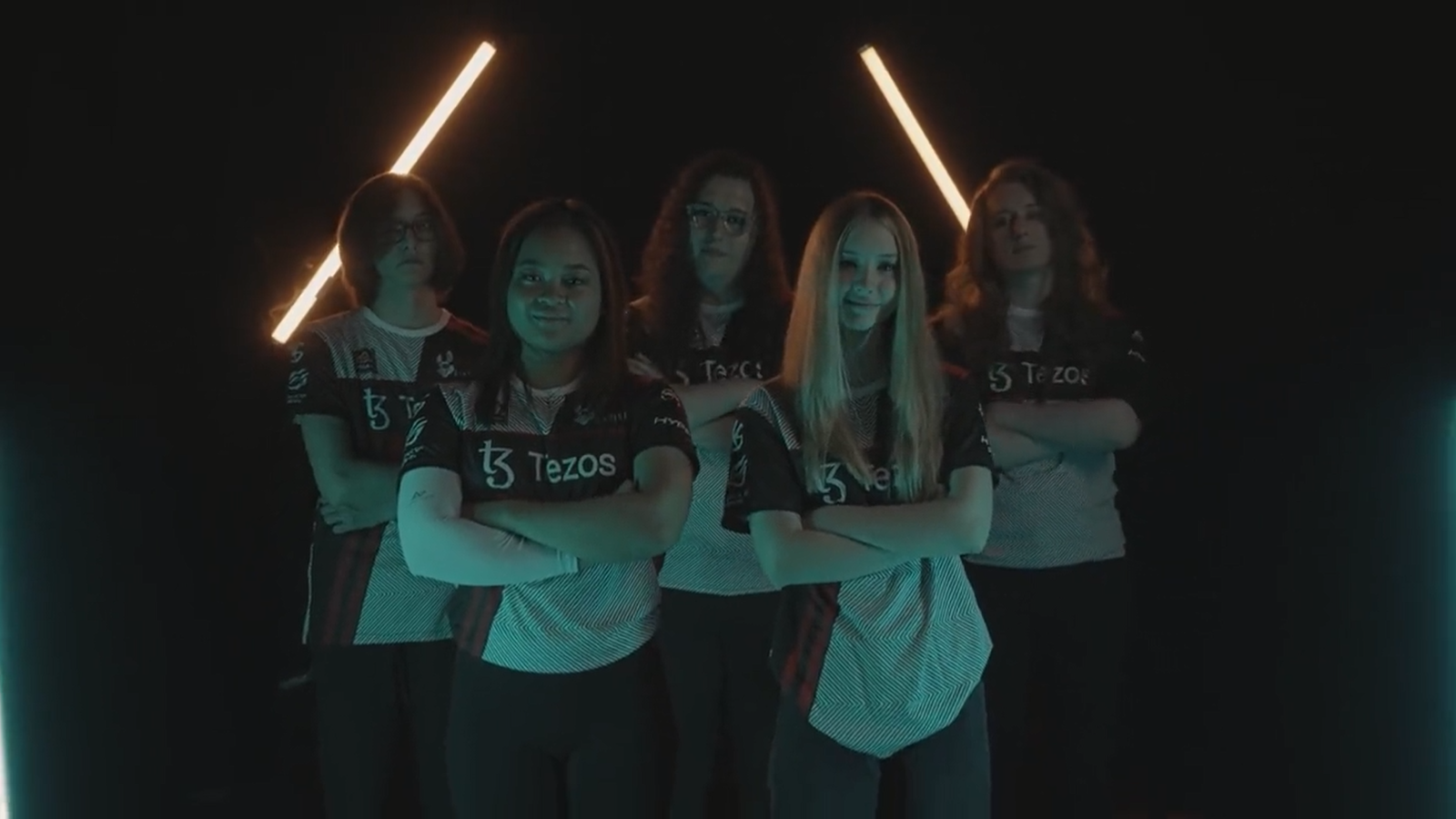 The roster for Misfits Black stand together in their team jerseys

BLIX: And how have you adapted your schedule now that you're a member of Misfits?

florescent: It's just the same thing. I just do homework and scrim. I don't have many other hobbies. I just play the game.

BLIX: How have you fit in with the rest of the team given that you joined earlier in the summer ahead of Game Changers 3?

florescent: I like everyone on my team. I've known them all and played with most of them before.

BLIX: Did you have any initial nerves whenever you started playing as an official member of the team in tournaments and such?

florescent: Not really because I think I knew I was gonna do good. I don't get nervous over matches.

BLIX: In Game Changers 2, due to your age, you couldn't compete so the team had someone stand in for the event. As a result, the team couldn't qualify for the main event phase. In subsequent events, you've distinguished yourself by regularly putting up 200+ACS. How did the team and yourself rebounded from the failure in GC2 up until now?

florescent: I would say no but I think the team is doing quite well since then. I think we've learned and grown by so much since the last event.

BLIX: What kind of aspects have your teammates done to help you refine your habits as a member of Misfits Black since joining?

florescent: There's a lot of things but it's mainly about my communication. Before I got signed, I was just a ranked player.

BLIX: What would you say has been the biggest difference between playing ranked and playing professionally on an actual offline server?

florescent: I think the organization knows what's going on in the environment. That just makes everything easier and helpful for me.

BLIX: What gravitated you towards playing as a duelist? What made you want to play this position from the outset?

florescent: I just like being in first and being able to take some engagements. I've been playing the role since beta and that's what I'm best at. That's what I liked the most among all the positions.

BLIX: Due to your young age and the fact that you rose so quickly in so little amount of time, some fans have touted you as a prodigy within the Game Changers scene. Do you agree with the sentiment and what is your assessment of it?

florescent: I don't know. I don't really notice stuff like that too much. I try to keep myself humble but it's pretty nice.

BLIX: Even so, as a young person, this sort of attention may get to them and might affect their ego. Has that sort of inner conflict been really happening within yourself?

florescent: I don't think so. I just strive to work my hardest every day.

BLIX: Do you think it has additional pressure in the fact that as Misfits' lead duelist and as someone who takes the lead in offensive advances?

florescent: I don't really feel that at all in matches or events. I just play the best that I think I can and hope I do well.

I usually play in a super aggressive way but I also know when to stay back and not over peek. I know when to take aggressive fights and whatnot. - Ava "Florescent" Eugene

BLIX: Who has given you the biggest impression so far with respect to the GC scene?

florescent: I think it's Cloud9 White. They are always playing in tournaments every week. They're always practicing, always learning new things, and making sure they're doing whatever they can to stay at the top no matter what, Game Changers or not.

BLIX: What about an individual player?

florescent: MeL, Katsumi, and Bob. I think those three are super hard to read and it's insane. All three of them are always wanting to win and improve.

BLIX: For the standard VCT, who has given you the biggest impression?

florescent: I think it's OpTic. They've been my favorite team for quite some time. They're the most consistent in NA and I really admire FNS. He's super underrated.

BLIX: How do you react to the news about this team possibly splitting up for next season?

florescent: It's pretty unfortunate but all five of them will probably be on a team very near in the future.

BLIX: We're going to see in an international GC event with the best teams of each region facing each other to cap off the year. As it stands right now, in your eyes, which region is ahead of the rest in GC?

florescent: I really think that it's C9W.

BLIX: You don't spare a thought for EMEA or any other region?

florescent: I feel they have a couple of teams but I think C9W would win against them. That's the best team. My other consideration would be the APAC Game Changers scene where they have Alter Ego. I'd like to see how they do against the rest of the world.

BLIX: What would you say has been the biggest difference for you from when you started playing games in general and yourself as a member of Misfits in the present day?

florescent: I think I'm a lot more confident. I'm able to prove myself now a lot better which I was I never was able to do.

BLIX: Does this attention give you more motivation to improve yourself and continue pursuing this career?

florescent: Yeah, definitely. I just want to be the best that I can be.