MSF Mersa: “They think that Misfits is a one-man team and it's only Vetheo, but we are all helping together to win.”

When Misfits Gaming started the 2022 LEC Summer Split with four straight losses, little was needed to describe how the team and its players felt over their rough form. For starting support Mertai “Mersa” Sari, his description amounted to a single word.

"Sorry," he said on Twitter by the end of Superweek.

Considering how the team finished their previous split (fourth in playoffs), stumbling from the outset flipped their aspirations on building their success upside down overnight. All they had left in their disposal was their own anguish to remedy. As such, the need to revise what went wrong was paramount for MSF to solve. From surveying their interpretation of the meta to renewing their composure, Misfits worked incessantly to recapture their old form.

Soon enough, results began to favor Misfits. Since starting in that 0-4 hole, Misfits went on to rebound emphatically by winning three consecutive matches, besting SK Gaming, Team BDS, and most recently, MAD Lions in the process. Finally, despite receiving a succession of tough blows, Misfits are back in business.

Shortly after Misfit's victory over MAD, Mersa sat down with BLIX.GG to discuss their recent turnaround at the halfway point of the season, how they refocused for the summer split following their 3rd place spring playoff run, and his growth thus far since debuting in the LEC.

Pedro Romero: Despite starting summer with four consecutive losses, the team managed to bounce back with three straight wins. Two of which happened this week against BDS and MAD Lions. How are you feeling after finishing this week on a resounding high note?

Mersa: We are feeling pretty good because it wasn't like behind the ball most of the games. I feel that in the first set of victories against SK and BDS, they've been so they're like clean. And we were complicating the control of the game. For today, it was much closer compared to the other pair of wins, but we stayed the course and stuck to our plan since we knew we would outscale them. So yeah, we're feeling pretty good and I think we played pretty well.

After starting off the season in such a rough spot, you guys had to reload, refocus, regroup, and review what went wrong with the team's strategies to turn their form around for the better. From your perspective, what enabled this team's turnaround?

Basically, we adapted to the meta pretty late. For example, in the first week, there was the Durability Update. It was a pretty big patch and everyone was either first-picking or banning Yuumi. We were doing pretty bad drafts and being late at adapting which was crap. Prior to Week 2, we had plenty of discussions about drafts and what champs we should play. Our drafts saw the most changes and we also just focused on the basics.

For yourself, what was something you identified and changed that then contributed to the team's turn around?

For me, I didn't have a lot of experience playing on stage. Even though I played in spring, it only consisted of possibly five games in total on the main stage, so I wasn't playing at 100% in front of the crowd. There is some stress and that's normal, but I have to adapt to that, and from Week 2 onwards, I feel way better. I have no stress and I can play with 100% focus. Gameplay wise, I just tried to be more vocal and helpful with communication.

With the regular season reaching the halfway point and most teams having already played various games in the studio, do you feel you've fully adapted to playing in front of an audience?

Yeah, I feel that I'm used to it right now. There is no issue for me to play in front of a crowd and everything. It's just natural nowadays.

Misfits came off a relatively successful spring split by finishing fourth in the playoffs. Moving from the end of spring until now, what did the team specifically focus on improving prior to the start of the summer split?

Obviously, we made a change on top lane (Joel “Irrelevant” Scharoll) so it was hard to continue from where we left off in spring. We had to help our rookie top laner adapt to us. He had to kind of relearn things from the start and just improve on the basics. That's what we focused on: basic stuff. We are slowly learning more advanced things and trying to use them in games. 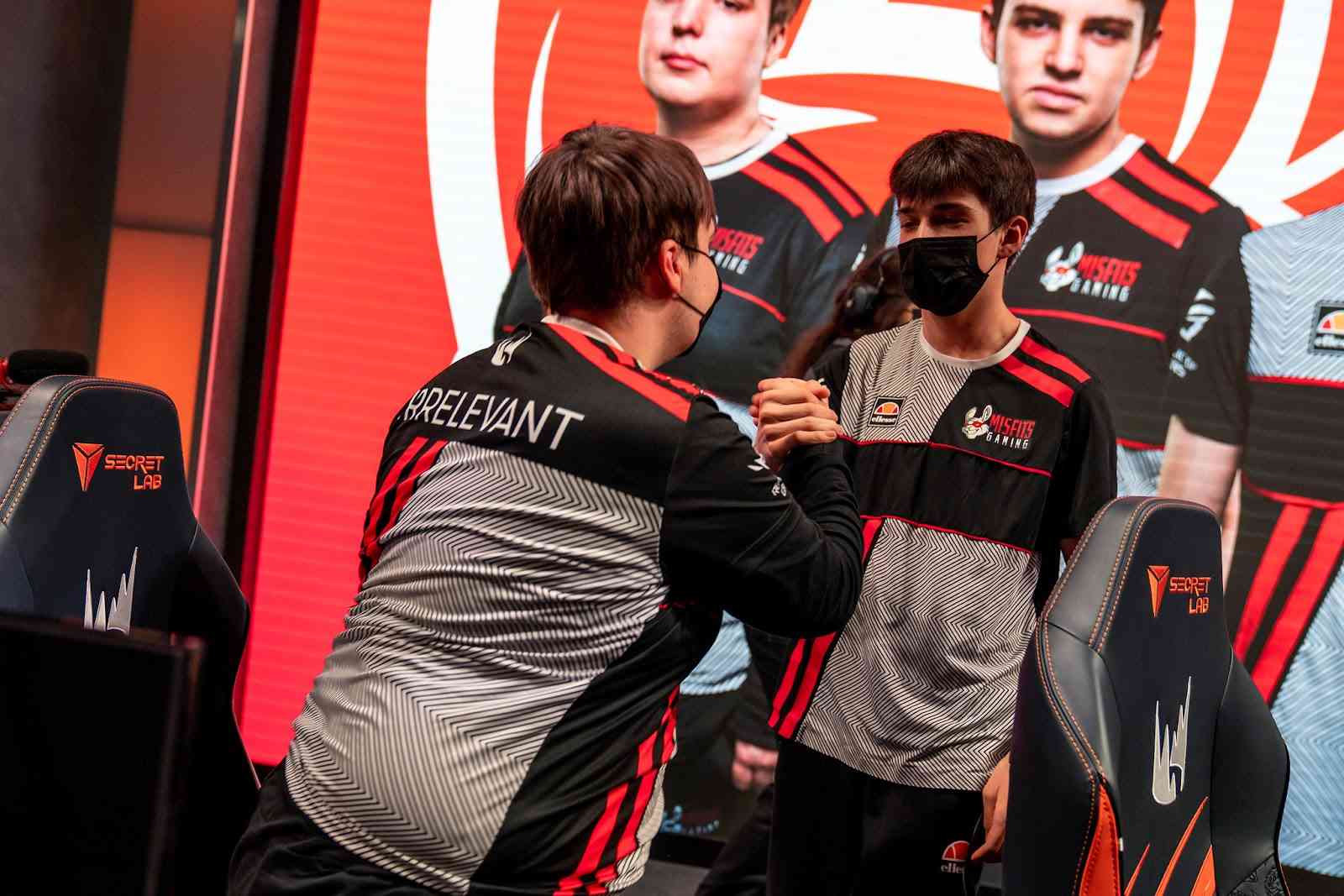 It bears mentioning that Irrelevant isn't the only rookie within the LEC. You started playing in the LEC at the beginning of the year. How have you helped him fit in with the LEC team since joining the roster prior to the summer split?

Obviously, going from ERL to the LEC is a big step, but we are just trying to be there for him no matter what. We scrim with all the LEC teams every week and it's not like you only come and play on stage versus them. You already know some things from scrimming with them. Regardless of how many mistakes he may make, we are there for him and that's the most important thing. He's very talented and has a very high potential. 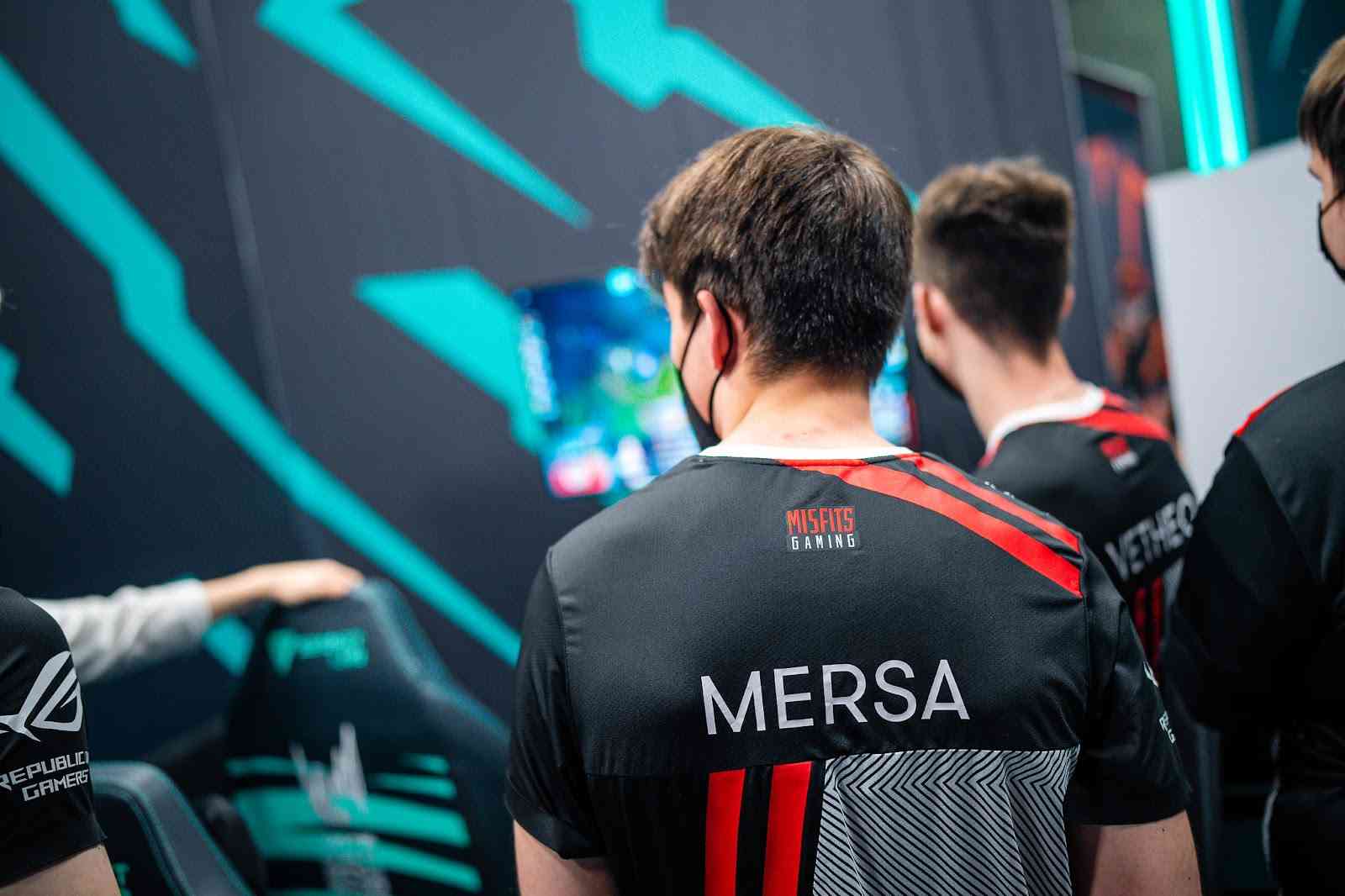 MSF Mersa walks on stage to play at the LEC, the back of his jersey with his name and the Misfits logo visible

And as a result of finishing at such a high placement in the spring split, there emerged a rise in expectations regarding the team building on that momentum to attain a higher placement by the end of summer. For you in particular, do you sense the increasing pressure of meeting the expectations that this team set out to achieve from spring?

Personally, I don't sense any pressure on us. I feel a lot of people doubt us. They think that Misfits is a one-man team and it's only Vetheo, but we are all helping together to win and I feel we are doing way better as a team compared to how it was last split. My goal is to do even better than last split and obviously help the team reach Worlds, but after starting 0-3, we had to take it slowly and go step by step. Right now, we are doing pretty fine. We are on a three-game winning streak. We have one week to prepare and we are going to do our best to keep it this way.

It's with that mindset that Misfits will take on possibly their biggest challenge yet in the season. You will face teams that are currently above Misfits in the league standings (Rogue, Fnatic, G2, and Excel). How are you guys going to approach this next set of games in the regular season?

It's not a big deal for us on who we are playing against because it's only a best-of-one, right? It's not playoffs. In best-of-ones, weaker teams can beat stronger teams. As long as you're well prepared, then anything is possible. Even though we won, we'll look up on our mistakes from this week, try to work on them, and repeat the same things such as improving on the basics. As long as we refine them and we have a good draft plan, I think we can beat everyone. It's only a best-of-one. Anyone can win and anyone can lose.