Must watch: Most entertaining League of Legends teams to watch in 2022 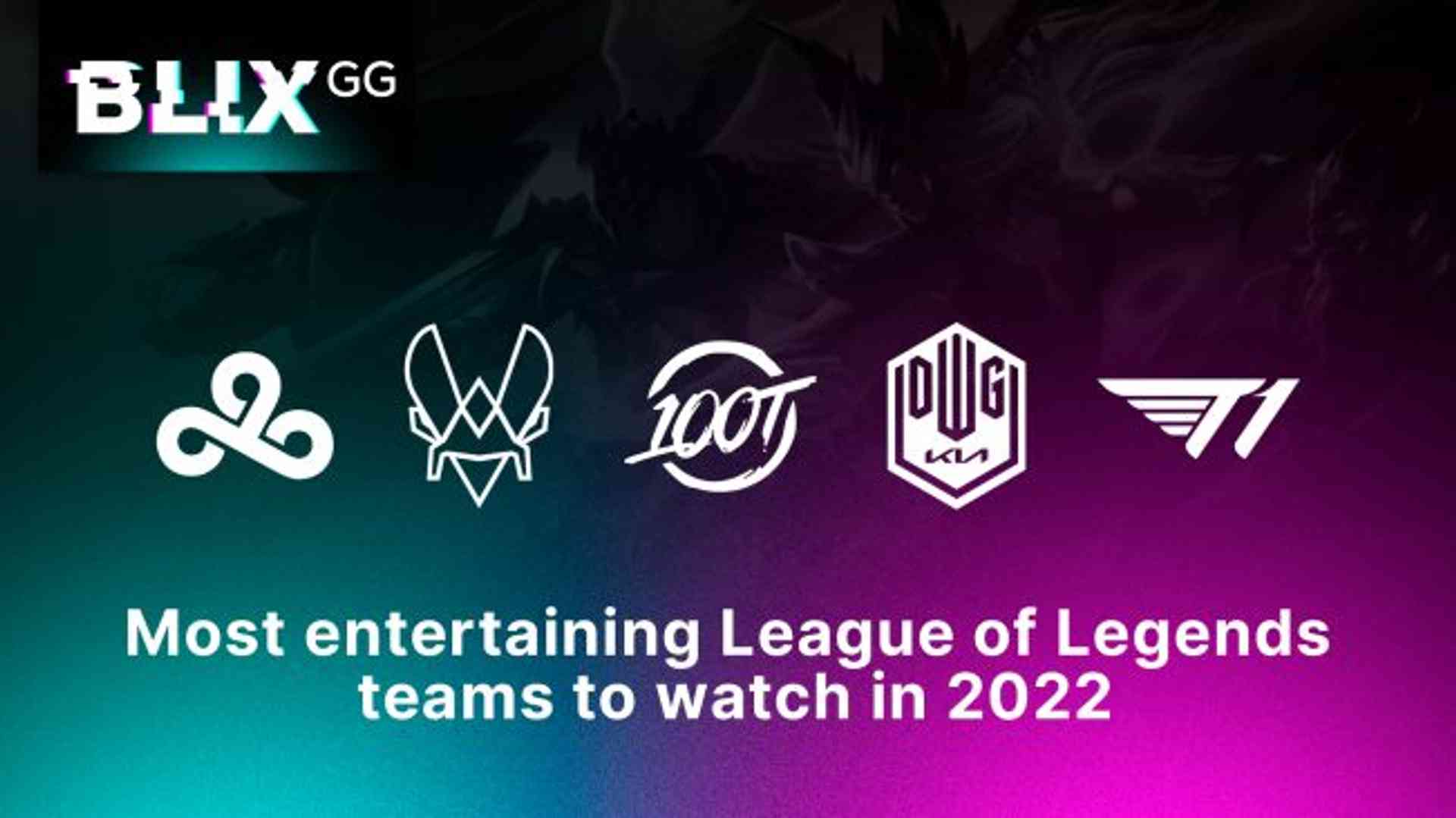 The League of Legends offseason delivered many roster changes and decisions in all the different leagues; bringing with them plenty of exciting storylines to keep our eyes on.

Whether you’re an avid fan of all the regional pro circuits, just a select few, or even a new fan who wants to start watching in 2022, these are the teams you will want to watch — and keep your eyes on — for the most entertaining and exciting moments the League of Legends pro scene has to offer. 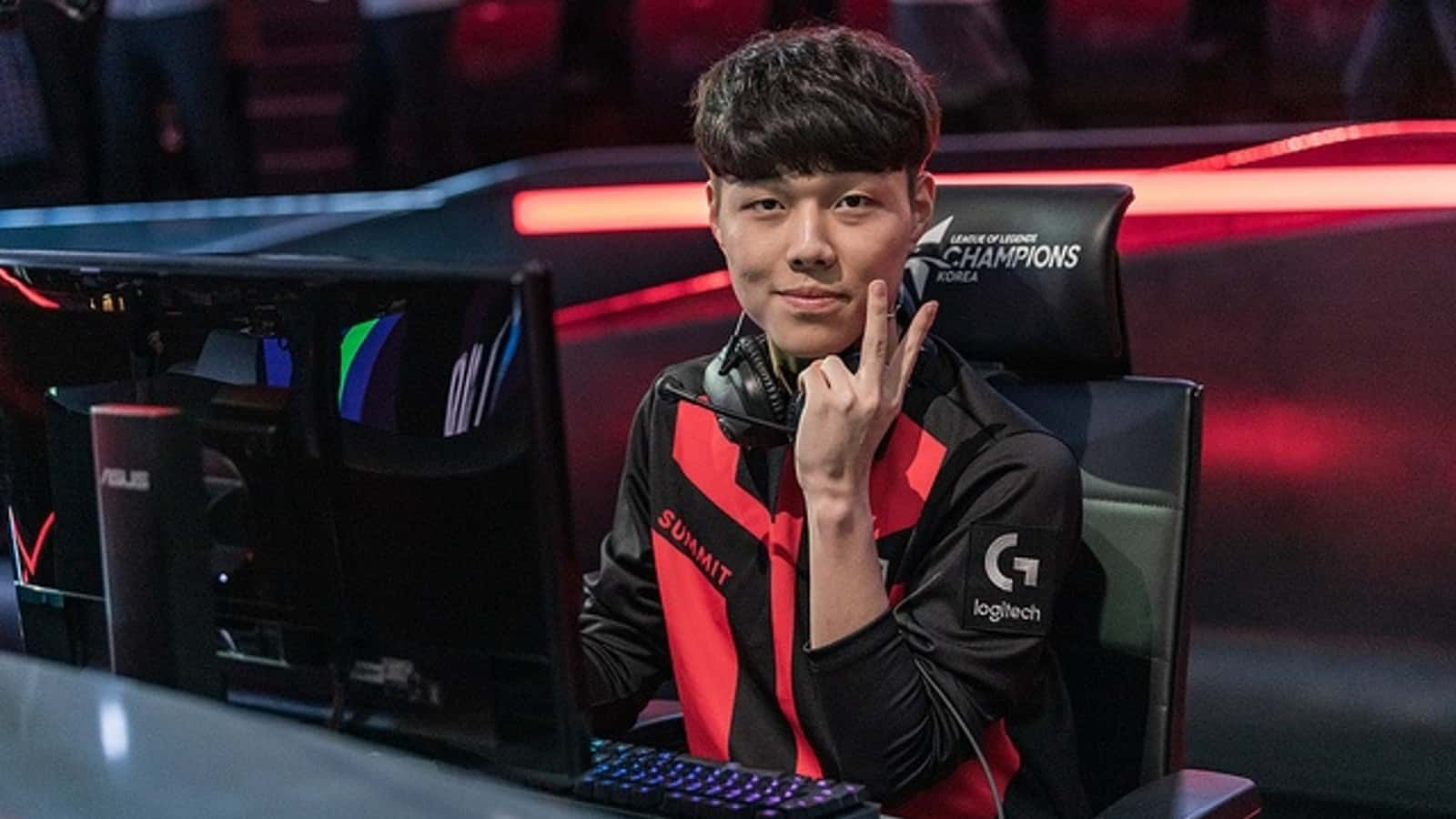 Who other to mention first than “North America’s last hope” themselves. Cloud 9 were the only North American team to make it out of the Worlds 2021 Group Stage. Despite that, they fell short of the Semifinals and eventually went on a full roster rebuild, even bringing in some international talent to the roster.

What makes this iteration of the team a must-watch for the 2022 season?

During the break, Cloud 9 brought in, out of nowhere, two South Korean players from the LCK and LCK Challengers to join their main roster – Toplaner Park "Summit" Woo-tae from SANDBOX Gaming and the young Botlaner Kim "Berserker" Min-cheol from T1 Challengers, T1’s LCK Challenger’s team. To finish out the lineup, they promoted the Australian support Jonah "Isles" Rosario from their Academy team to replace Philippe "Vulcan" Laflamme.

For the solo lanes, Ibrahim "Fudge" Allami, Cloud 9’s previous Toplaner, was moved to the Midlane to fill in the shoes left by the superstar Luka "Perkz" Perković after the latter departed the team. Lastly, the team brought in analyst Nick “LS” De Cesare to take over Head Coaching duties.

Will they have the synergy?

This version of Cloud 9 is extremely exciting. These individuals have shown performance ceilings of world-class players who could challenge the best of the best — but it’s yet to be seen how well they work together in the rift.

There are many things to discuss about this roster, but the first question most people have on their minds is, how well will the new Korean additions play in North America? And others may even ask; can Fudge compete against the best Midlaners after playing the Toplane his entire career?

Of course, we also have to look at how Summit has been one of the most impressive Toplaners in the LCK, and how Berserker is a young talent with all the potential to help Cloud 9 take over the bottom side of the map.

To answer the questions and doubts, you’ll have to watch the upcoming LCS season yourselves. But to help weigh you in on what to expect from this roster this coming season, here are LS’ thoughts from all the way back in November — before he was officially brought on to be the team’s head coach — on some of Cloud 9’s roster moves. 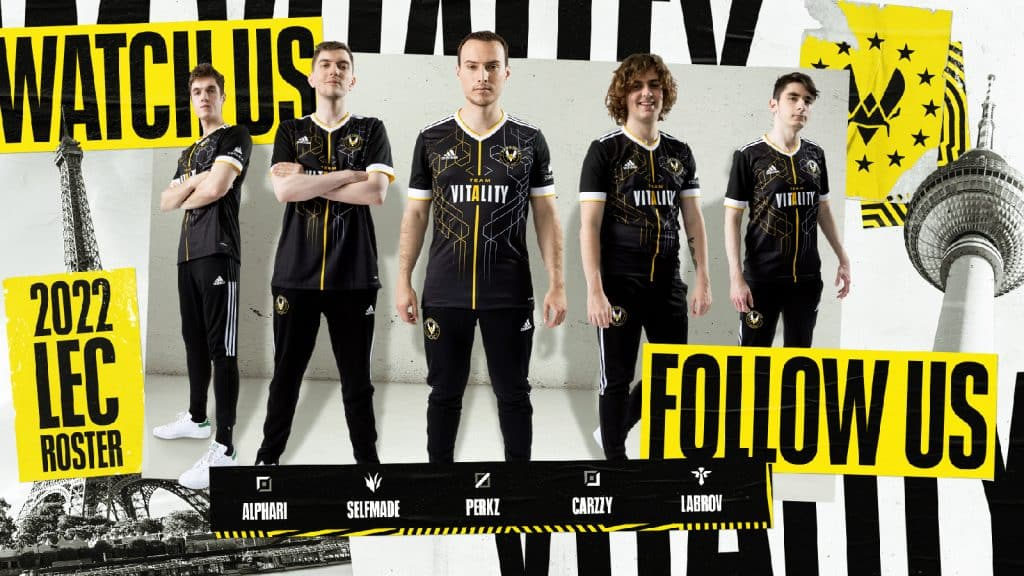 For fans of the LEC, it was clear that Team Vitality made the most exciting offseason roster moves in the league. In recent seasons, Team Vitality composed itself of players who could only bring the team so far. Finally, the organization has signed some of the biggest names available. One signing, in particular, has instantly made the roster a candidate for the best team in the LEC for the upcoming season – The signing of superstar Midlaner Perkz.

But this single addition alone is not what makes Team Vitality a must-watch. To fully understand the potential of this team.

The rest of the lineup

The organization brought in Botlaner Matyáš “Carzzy” Orságasn from defending LEC Summer Champions MAD Lions. This reunites him with his previous Bot lane partner Labros "Labrov" Papoutsakis who decided to stay with Team Vitality for the 2022 season. While over on the other side of the map, the star Toplaner Barney "Alphari" Morris returns to the LEC after spending a year in the LCS with Team Liquid. And to finish the roster, Jungler Oskar "Selfmade" Boderek will stay with the team into 2022.

Alphari attended Worlds 2021 representing the LCS with Team Liquid but ultimately failed to make it out of the Group Stage. Perkz and Carzzy however both made it to the top 8 with Cloud 9 and MAD Lions respectively. The experience these 3 bring to the rest of the team is extremely valuable and will most likely forge the team into a daunting challenger for LEC Split’ and International titles.

So two superstars for the two solo lanes, a reunion in the Bot lane with a current LEC champion, and a reliable Jungler. This is one of, if not, the most exciting team to watch out for in professional League of Legends. Can anyone else in the LEC even compete? 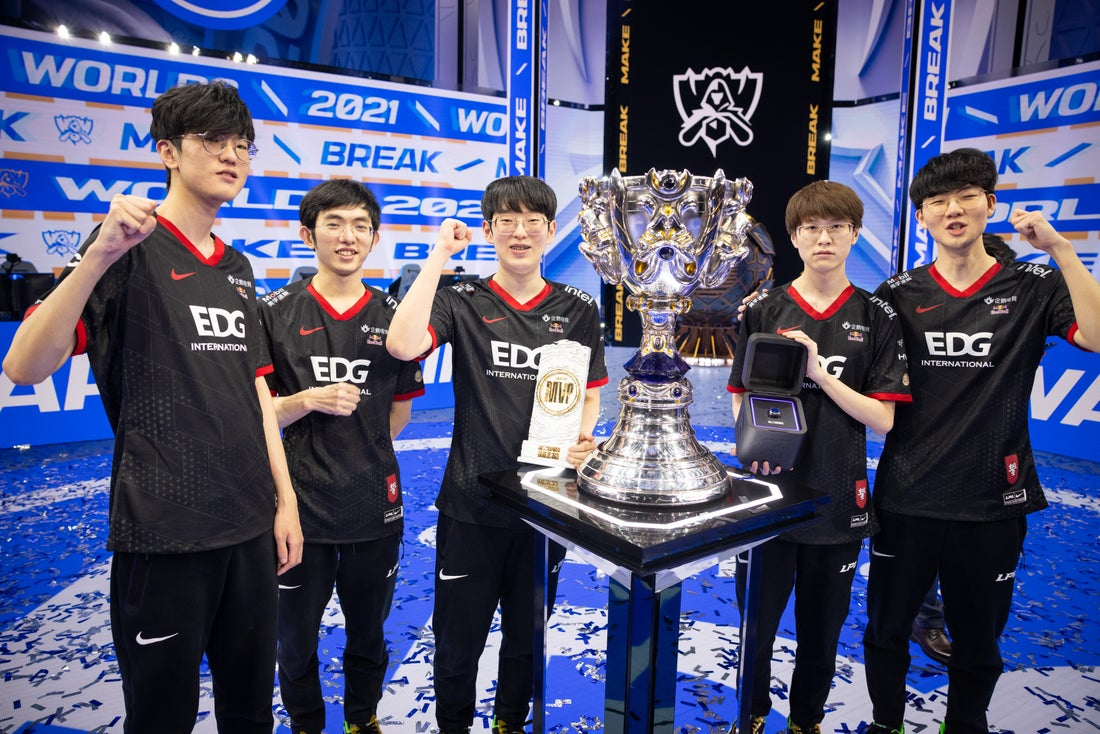 Not much explanation is needed for this team, but for all the new fans, here's a quick breakdown of why EDG is one of the most exciting teams to watch in the upcoming 2022 season.

EDward Gaming finished 3rd in the LPL Spring split and 1st in the Summer split, always competing with FunPlus Phoenix and Royal Never Give Up (RNG) for the top spots. They missed out on MSI but qualified for Worlds 2021 as the current best team of the LPL at the time. Together with them were RNG and FunPlus Phoenix representing the LPL.

The team showed a somewhat shaky performance in the group stage, still finishing 2nd in the group behind T1. This was thanks to some great performances from their Korean Midlaner Lee “Scout” Ye-chan. But moving into the playoffs, many expected that the team gets eliminated early, likely to their first opponents, fellow LPL representatives, and current MSI champions, RNG. In fact, it was the only Quarterfinals series that wasn’t a 3-0 sweep. The series went all the way to the deciding-game 5, with EDward Gaming edging out the victory, sending their fellow countrymen back home.

Their next series was against Gen.G from the LCK, the region that many considered far above everyone else in the tournament. EDward Gaming obviously silenced some doubters during this series, but it definitely was not easy. It was another series that had gone all the way to game 5 and could have gone either way. One thing people noted from this series was the resilient and effective playstyle of EDward Gaming that allowed the team to outplay Gen.G for just about the entirety of game 5.

And that exact same roster will be playing for EDward Gaming in 2022. Who knows what else this team has in store? 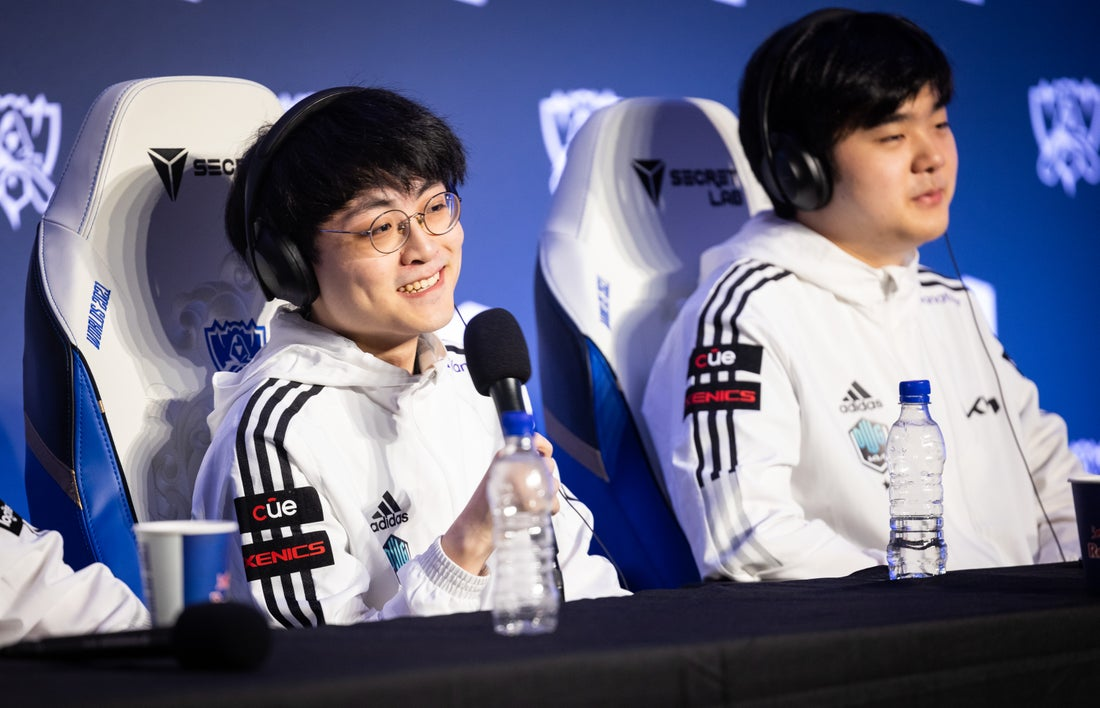 Similar to EDG, if you were even a slight enthusiast of the League of Legends pro scene, or even just watch the international events, you would know why DK is on everyone’s list of must-watch teams.

DAMWON KIA entered the 2021 season as the defending world champions and looked to be a force that no one could stop. Along with that, they also had who many consider the current best player and Midlaner in Heo "ShowMaker" Su. And they showed up as expected, taking the LCK Spring 2021 title in a dominant fashion.

Despite that, they would fail to lift the trophy at MSI 2021 after losing to RNG in a best of 5 series that had to go all the way to decide the victor. Many would choke this up to a lucky run by RNG, or just a temporary drop of form from DK. After all, the team's superstar ShowMaker had been performing as expected, he was the hard carry show-making star that led the team to the grand finals.

After once again stomping the domestic competition — with a first-place finish at LCK Summer 2021 — the team’s form was no longer a question heading into the final international event of the year. All throughout 2021, DK played some of the cleanest, and greatest League of Legends there was to watch. And to mention again, they had ShowMaker, who might just be the next to don the title of “greatest of all time”, to go along with incredible teamwork and coordination each time DK played.

Fresh faces to bring DK back to the top

DAMWON KIA was the team to watch during Worlds 2021, and despite the loss to EDG in a series that had gone all the way, this team will clearly return to challenge the crown, with some new exciting faces to help ShowMaker once again bring them to the top.

Worlds 2021 Semifinalist Noh "Burdol" Tae-yoon from Gen.G joins as DK’s new Toplaner to replace Kim "Khan"' Dong-ha. Nongshim Redforce’s Bottom lane duo Seo "deokdam" Dae-gil and Kim "Kellin" Hyeong-gyu join DK and replace World Champions Cho "BeryL" Geon-hee and Jang "Ghost" Yong-jun. To finish the roster, Kim "Canyon" Geon-bu — one of the best Junglers the game has to offer — re-signs with the team to play with them into the 2022 season.

Can ShowMaker and Canyon do it again and turn this team into a world championship contender? Either way, these two names alone make this team a must-watch for any League of Legends fan no matter the region.

Karmine Corp - Despite playing in a minor regional league, the very presence of Martin "Rekkles" Larsson in this team makes it worthy of a mention.

T1- Following their semifinals finish at Worlds 2021, T1 has had several exciting changes to their roster to help the Unkillable Demon King, Lee "Faker" Sang-hyeok himself.