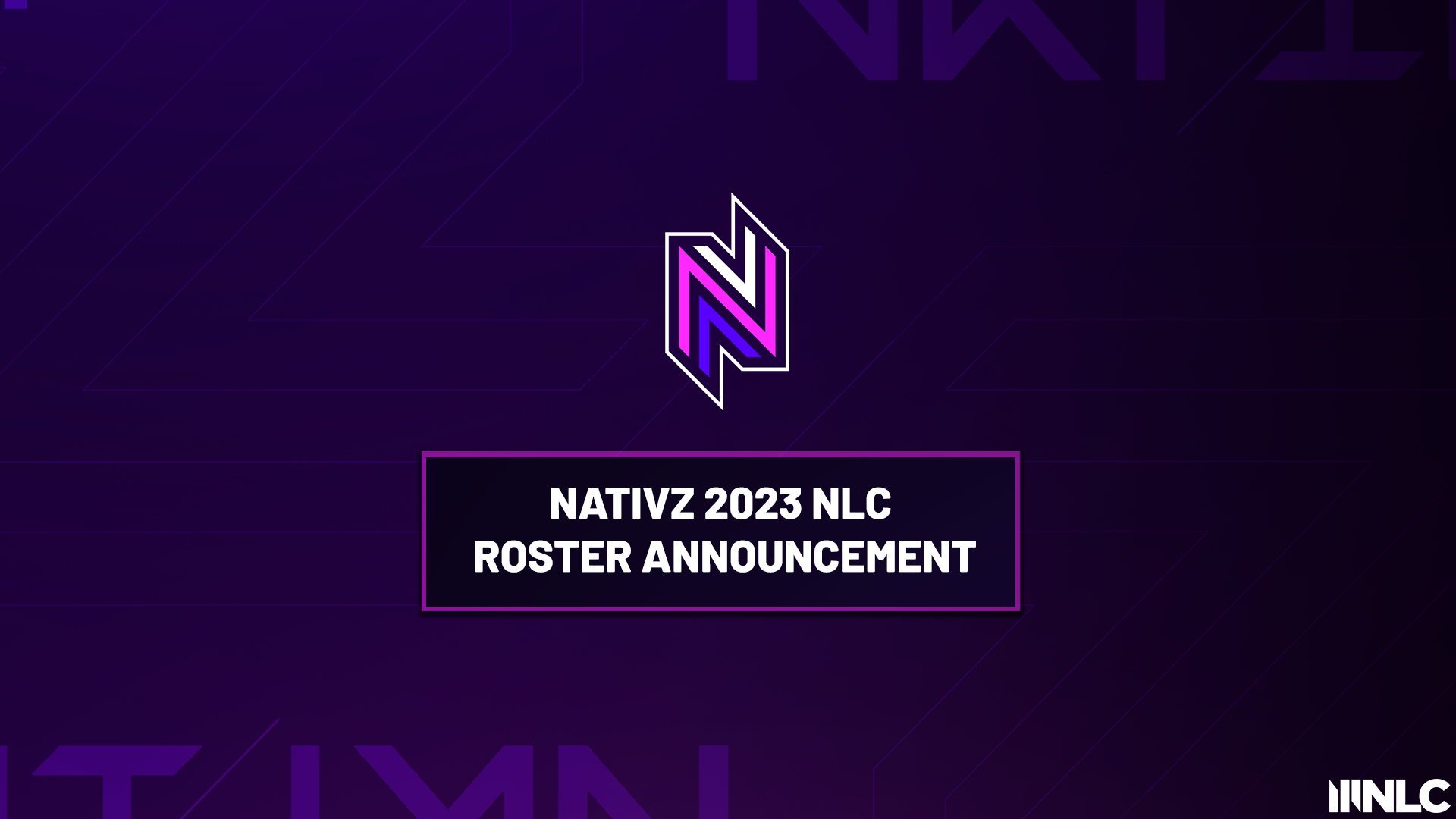 Of the eight participating teams in the Northern League of Legends Championship (NLC) Division 1 for 2023 spring, Nativz is the only team that entered through the NLC 2023 Promotion tournament held last September. They defeated MNM Gaming 3-2 and earned their ticket to Division 1.

With a few days left before the NLC officially starts, we are here to announce Nativz roster in this collaboration with BLIX.GG.

Nativz’s full list of players and active staff for spring:

Nativz originally announced André "Sjaku" Gaarsted Nielsen as their head coach but he has stepped down from the role relatively recently and his replacement is ScottyMcScoot.

Spooder is a newer name to the competitive scene and the only team he has played for was Domino Esports in NLC Division 2 summer and the Aurora Open last year. Jungler Flawed has for a number of different teams in the past and recently was on Verdant for last year’s Aurora Open.

Unexpected played for Austrian Force in the Prime Super Cup and Method2Madness in the Ultraliga’s 2nd Division last year, while Remix played for Team 7AM in the Elite Series LoL for 2022.

Support Baloo is one of the more experienced players on the roster and has played in the NLC’s top division in the past with Tricked Esport and Dusty. He thinks that the current Nativz’s team is a good blend of experience and youth, and their goal is to try and make top 4 for spring.

“Nativz's roster consists of some newer, talented players mixed with some experience, so the expectation and goal I have for the team would be to reach top 4 and make it into playoffs.

It looks like we might have many strong teams in NLC, but I believe if we follow the structure we set up and work on our synergy, we have a chance of beating them all.”

ScottyMcScoot is the head coach of Nativz and he was with the team last year as a gameplay/strategic analyst. On returning to Nativz, he cites their professional environment as a catalyst for his personal improvement and despite a difficult off-season for the team, he is looking forward to facing the other contenders in the league.

“I firstly joined Nativz late during last Spring as an assistant analyst and I improved more than I ever have before, being in such a professional environment. I'm incredibly honored to have been given responsibility for the new team and make sure we continue our success from last year.

It's no secret it's been a rough offseason for the NLC and the organizations, including us, and the first plan wasn't for me to be taking the Head Coach role. But with how things have gone, me taking over is what I believe is needed to make sure our team can succeed, together with five incredibly talented players who are all very hungry to win.

We're here starting a fresh and only me from the previous staff are left, and with a lot of the other rosters looking pretty strong. We definitely have our work cut out for us, but with the correct structure and having a productive environment, both the players and I know we can become a team that can beat all of other competitors in the league.”

Nativz are a newer name to the general competitive scene. Based in Republic of Ireland, they were founded in 2021 summer and first entered the NLC ecosystem there with a team fielded for Telia Denmark.

The sole Irish-based team in Division 1, Nativz had a dominating year in the NLC Division 2 in 2022. They were the champions of both the Spring and Summer Seasons, which allowed them to qualify for the 2023 Promotion tournament, before the NLC was officially downgraded.

For Kurt, it wasn’t easy to see the NLC getting demoted after their successful promotion run, but he believes this could be an opportunity to be part of helping rebuild the league from the ground up.

“Having earned our place in the 1st Division through a successful 2022 promotion series, it was a tough having that change in status forced on us - so close to the new year and with no consultation. That said, it’s a reflection on how young the industry is in so many ways which presents an opportunity.

We certainly see the orgs as key stakeholders in the ERL, not just participants. As one of the newcomers to the 1st Division, we’ll certainly play our part to improve dialogue with the tournament organiser and Riot Games. I believe there’s an opportunity to build back stronger if we take a collective view, and dialogues with the other owners has been really positive about working together to improve the environment.

As far as looking forward goes with the NLC in mind – we’re pleased with the roster we’ve pulled together given the situation so our focus will be on supporting them. We’ll also be working hard to build engagement with the TO and other team leaders, to ensure things are heading in the right direction before looking too far ahead. As for the NLC teams including the lower divisions, it’s about consolidation across the teams and we don’t think that is a bad thing.”