Andrii "B1ad3" Horodenskyi sat down recently to answer questions from fans on Twitter in a new Youtube-video released by NAVI on 6th of September. The interview originally given in Russian has been translated into English below.

Read on to see B1ad3’s answers.

How did you manage to build such an incredible and stable system within the team that even with new IGL and a new player the team is still on the top?

A lot of experience and knowledge are my main tools.

Who's the best IGL in the scene now and why it's electroNic?

I think electronic is far from reaching his ceiling, and he can do much better. He is not the best IGL right now because he has little experience, but he has definitely got the potential to be the best.

What do you say during the timeouts? What problems are you looking to address in those 30 seconds?

30 seconds is enough to sort out a lot of things. We have a game plan, and our opponent might adjust or play differently, so we need to be able to make a quick change. If you have a well-thought-out system, you need to make the correct adjustments.

What would you say is more important to look for in good players: aim or game sense/mechanics?

I think a good player possesses more qualities, but the most important one out of these three is probably game sense. It's a significant factor in the tier-1 scene.

Do you miss playing?

I don't think about it because I'm mainly focused on my coaching job. I never have thoughts like, "Oh, I wish I was playing now." It's already way in the past - like I haven't thought about it in 2 years or so. Rather yes than no.

Do you play CS:GO? How often?

I don't really have the time to play CS:GO. I mostly watch games and replays and sometimes run around the map trying to come up with some ideas. Overall, the schedule between two player breaks is really packed, and it's important to take the time to step away from the computer to avoid burnout, which is pretty common among the players.

I never have thoughts like, "Oh, I wish I was playing now." It's already way in the past - like I haven't thought about it in 2 years or so. Rather yes than no.

Do you play any games besides CS:GO?

Games. Maybe role play. I might play something like every once in a while, but it's really been ages. Maybe some mobile brain games.

Sunny side up or scramble?

What makes s1mple the GOAT?

I guess his inner qualities, identity and personality. I'd say his nature. Every sport has personalities like this with a unique vision of some game situations. Also, his game sense. 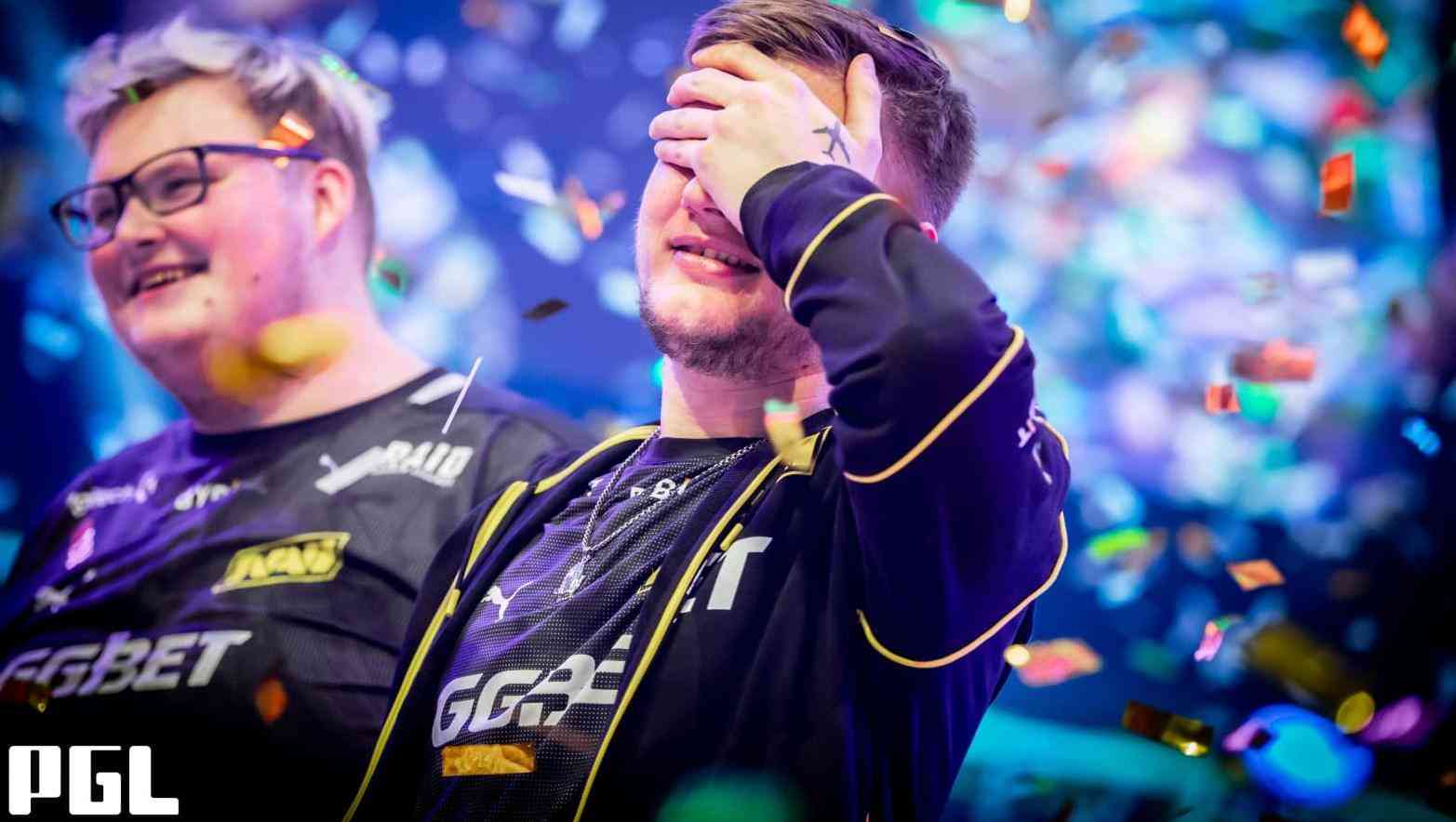 How did yesterday's game against Vitality go? They beat us for the first time in a while. Why do you think it happened?

I can think of two key factors: the first one is Vitality improving and playing better and better, which is natural because they have people who know how to achieve success and have experience reaching goals and accomplishments. They know how to build the training process. They've improved their Mirage big time — we have faced them a couple of times already. They have a really good understanding, and they're adjusting and introducing new stuff. I think this is the main factor.

And secondly, we had barely practiced with Sasha and couldn't play other maps with the same versatility we had before. I mean, we would have picked Nuke if we had played at least five practice games on the map over 2 days, and it could have been 2-0. However, Dust2 didn't quite go as planned, and we had to play Overpass. We had been doing well on the map lately, but we had one too many unfortunate situations. Sdy had a slight performance dip on the third map compared to the first two. He was on fire on the first map, then slowed down a bit on the second, but he was still focused and looked somewhat lost on the third one in crucial situations.

We did some work on that map so I'm sure he's gonna improve. B1t made a lot of mistakes. He's been underperforming at times lately. Maybe he loses confidence and struggles to make the right decision.

He started making crucial mistakes in key rounds that completely changed the game's tide. We'll need to work with Valera and Vitya and get some more practice. If we had been more prepared, we would've done better on Overpass, and I think we wouldn't have picked Mirage because it's not the best idea to play the same map against them so many times in a row.

If we make the EPL playoffs, will you have a chance to fix that?

We'll have enough time to practice online, which is usually pretty productive and allows us to gain good forms like last year and last season - we didn't bootcamp before every tournament. We'll most likely have a bootcamp ahead of the Major, and we only need one to ensure the best level of commitment in practice and at the tournament itself. Bootcamp before EPL will only take up some of our energy, and we'll have to put even more effort into the Major. I think we'll get together here 2-3 days before the playoffs, and you also need to keep in mind the RMR event stats right after EPL.

- Yes, in the same location. If we make it out of the group, we'll prepare for the playoffs online, then arrive here to play EPL and RMR. Then, after a small break, we'll have a bootcamp before the Major. If we bootcamp now, we'll be pretty much stuck here working together, and it's been the case many times that our form starts to decline if we go like this for a month, and we can't have that before the Major.

Today's game against NIP will determine whether we make the playoffs and they're at the bottom of the group now. What do you think about this team? Why are they struggling? I guess it was Endpoint who everyone considered to be an underdog but it turned to be NIP.

Why are they struggling? Well, it takes some analysis to tell why. I heard they swapped roles mid-tournament, and I don't think this is the best decision. Things might be bad if they have to change their roles during the tournament.

What's the plan for today?

The plan is, as usual, to get together 4-5 hours before the game, analyze our mistakes, make and discuss our game plan, and exchange some ideas. Then we get in the mindset for the game, warm up, and everyone tries to get in the zone. I liked how well we did on the first map yesterday because it had really been a while. I hope we can replicate this performance today.