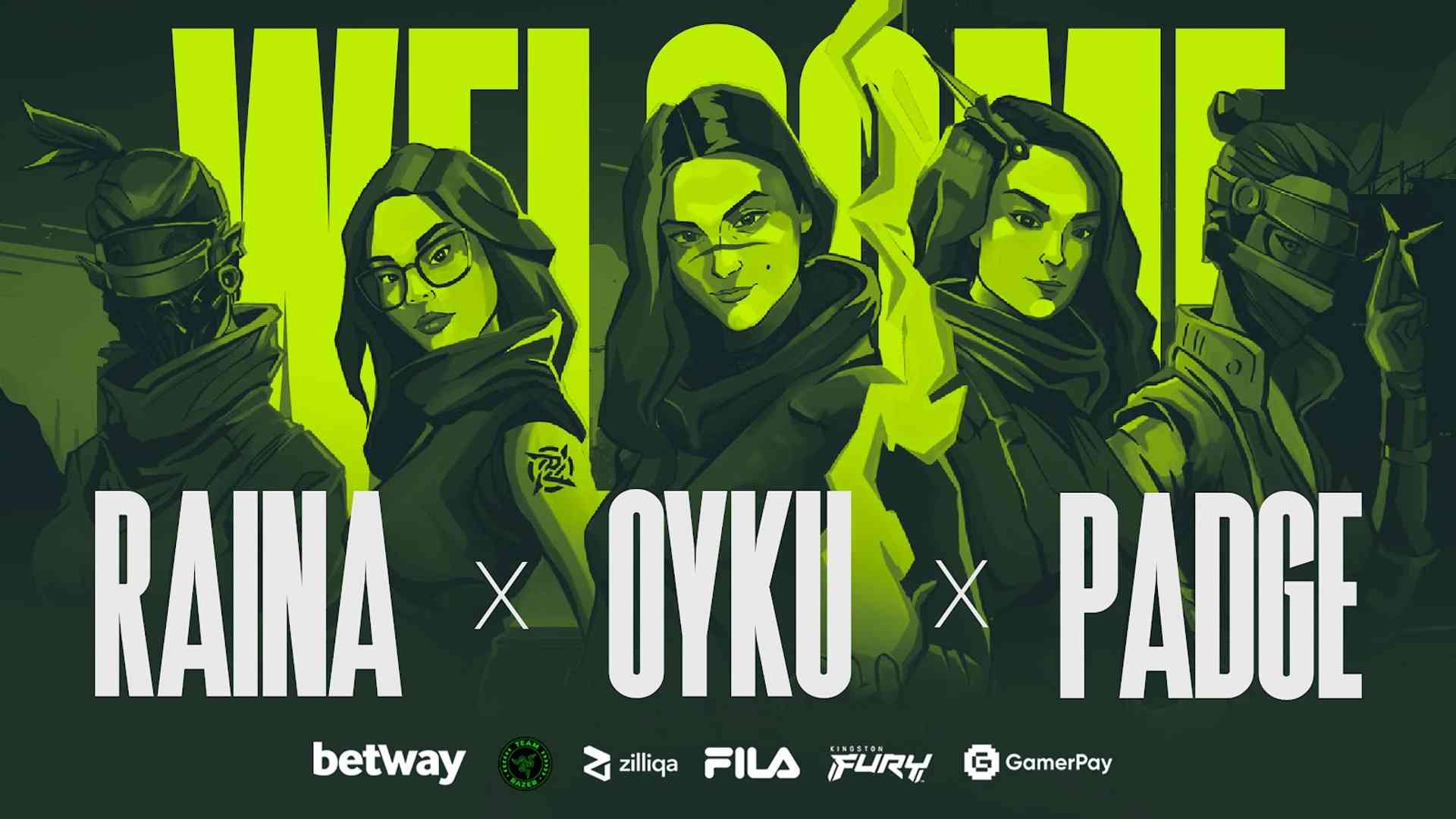 Ninjas in Pyjamas announced their entry to the Valorant Game Changers scene with a roster entirely based in Europe.

The announcement so far revealed three of the five players that will represent NiP in the upcoming season within a stacked region that currently boasts the reigning world champion in G2 Gozen.

It consists of Nelly "Raina" Sosobrado, Öykü "Oyku" Büyük, and Paige "Padge" Thomas. All three were together in their previous team in Rix.GG Lightning from April to November of 2022. Going further back to cover the entirety of the season, Rix.GG Lightning qualified for each of the three EMEA GC Series events, with their best placement of the year happening in Series II where they placed 3rd.

Although Oyku would join that team at a far later time, Raina and Padge steered the Rix.GG Lightning team to a sufficient degree of stability in their respective region. With them at the helm, Rix.GG qualified for every EMEA GC event in 2021 and was notably the runner-up in the inaugural edition, losing 1-3 to TENSTAR Nova in the grand finals.

Raina mostly played the flex position and facilitated her more offensive-oriented teammates to take rounds. Oyku was the player on Chamber duty near the tail end of the 2022 season, mostly selecting the agent throughout the last GC event in addition to Fade. She was fifth in that tournament when it came to total clutches made (10) according to VLR.gg. Padge's primary position is the duelist with her most selected agents being Jett, Phoenix, and Raze during Series III. She finished with an ACS of 263.1, good for 8th overall in the tournament per VLR.gg.

With yet another established organization announcing its entry into the GC scene, it reinforces the notion that it is continuing to foster growth among the female and marginalized gender gaming community. But whether this team is capable of taking the extra step to shatter their past history and surpass G2 Gozen remains to be seen. In any case, all eyes will be on NiP on their next moves.