MAD Nisqy: "I think everyone is too safe and tanky right now" 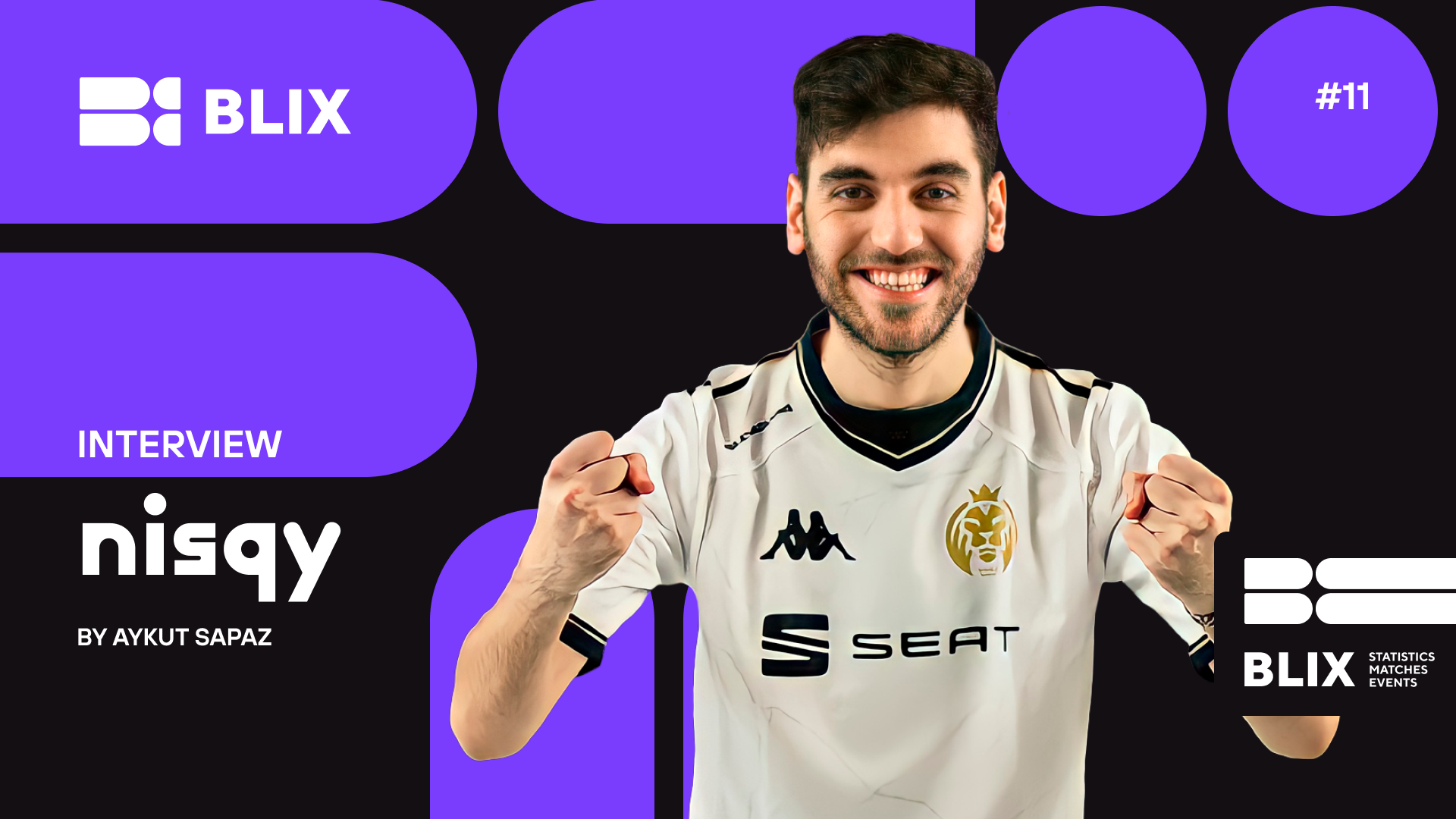 After a long break, Yasin “Nisqy” Dinçer returns to LEC as the newest mid-laner of MAD Lions with a great victory against Vitality in his first match of the split. We talked with Nisqy about being back on the grand stage at the same time as fans, his thoughts on the durability change, and MAD’s plans for this meta.

Welcome, Nisqy; first of all, congratulations, you guys just won a match with uproarious fanfare right there. How does it feel?

Yeah, MAD’s draft was team fight heavy, so the teamfights heavily favored you, and that was really, really exciting for the MAD fans and for you as well, I assume.

I also wanted to ask how does it feel to be the better Cloud 9 mid-laner?

Nisqy: Ahaha, in the lobby today, I said the better Cloud 9 would win; I guess I won, so. I think he (Perkz) didn’t play that bad today, I think we just had a really good comp, and we just executed it very well. Also, I think individually in team fighting, we played better than they did and that’s how we won.

Yeah, the teamfights clearly gave you guys an advantage in that game, compositionally as well. And, as you said, this was your first LEC game in a while; how does it feel to be back on the grand European stage.

Nisqy: I mean, I missed it a lot. I was streaming for a while, and then I wanted to play again. Having that sensation just feels so good cause it motivates you to try even harder every single day when you practice and all since you only play like twice a week in front of a crowd and you practice for like four-five days, and whenever it actually matters, that’s when you’re on stage, and that’s when you feel everything you practiced for, so yeah, for me it’s a really good feeling to be back.

Definitely, and as you said, being in front of a crowd also gives a huge boost to the atmosphere; LEC audience is back for the first time in a while. How does it feel to be in front of those fans, with those cheers and screams?

Nisqy: It feels really good cause I think that’s what everyone likes about esports usually, or at least when you’re a pro player. Playing from home with like no crowd, even playing on stage with no crowd, just feels like way worse cause you don’t interact with people, you don’t have like fan meets, you don’t see people cheer, you don’t hear them while you play, and I think that’s the beauty of being a pro. For me, it just feels really good to be back especially because we play with fans as well, and I think that should be the same feeling for every single pro that plays in LEC.

I definitely agree. It’s also one of the best feelings for a fan to be there, to join the hype, to see you guys play on that stage. I want to switch the topic a bit to the meta because it’s a really interesting meta we’re having with the durability change. What do you think, as a pro player, about potentially the biggest change of this year?

Nisqy: I mean, I like the change; I think the change is good for the game. Right now maybe it’s a bit too much, but once they balance it out, it will be way better. I do think there were a lot of assassins, a lot of damage, a lot of healing, a lot of shields, and now they’re kind of gone, so that’s better, but I think everyone is too safe and tanky right now so I think they should reduce that a bit, and then I think the game will be in a good state. But it’s really good that they at least made that change; now it’s like not everyone can kill you in two seconds or heal like five thousand hp, so I think it's a good change that they did, yeah.

I agree; it is sad for assassin players, but who cares about them. I also wanted to ask about the adaptation process to this meta because we’ve seen a lot of new picks come out from the LCK and LPL but is there anything we should expect from LEC, from MAD maybe, or anything you can say to us at least?

Nisqy: Haha, I mean, we still have some stuff prepared. I think there’s a lot of champions that we can play in this meta, to be honest. Also, I don’t think the meta has been found yet, and I think the people that find it first will have an advantage over the others. So yeah, I like the meta; you can create a lot of diversity in your drafts and in the way you play the game. Also, I think the buff of towers was good because that means the early game is kind of more stable in general. You don’t really see people go for dives as often as before because it’s harder to dive, and everyone has more HP.

Yeah, definitely, it’s invigorated the scene again. I also want to ask since MAD is well-known for bringing new stuff. What do you expect from MAD to do in this meta, in this split of LEC?

Nisqy: I mean, I think we’ll probably have some weird combos for the mid jungle as I think it’s where… Actually, I think all of us have our champions that we want to try, but usually, it’s harder for us all to have weird champs, I guess. What I like about this team right now is that we just play our meta; we don’t really try to copy whatever people do, we have ours, and we play ours, and for now, it seems to be working.

Yeah, I hope to god solo queue players don’t get any ideas from you guys. I also wanted to ask about the match against SK you have tomorrow; what are your thoughts on it? Are you prepared? Are you excited?

Nisqy: For me, it’s the same as today. I think we just have to go to every game as it fits. I feel as if we don’t really care about the opponent; we just play our best game. I think that’s really important because even though we beat Vitality today, which in my opinion is one of the better teams today, SK is still someone that you can’t underestimate, and if we do that, we might actually lose. On paper, I think we should be winning, but of course, the mentality has to be there, and we need to take it really seriously as I don’t want us to get cocky just because we won on the first day of LEC.

Yeah, definitely, upsets happen all the time. Lastly, do you have any words or comments for MAD fans or Nisqy fans out there?

Nisqy: Thanks for supporting us and me especially. I have a lot of people that messaged me about my comeback in the LEC, it feels good to be back, and I hope I can make you guys all proud. And to my French fans, thank you for being there for all my streams, I know I’ve been streaming a bit less, but hopefully, I will catch up again.

Thanks for your time; I’m rooting for you guys.