One Year Of device In NiP: A Recap 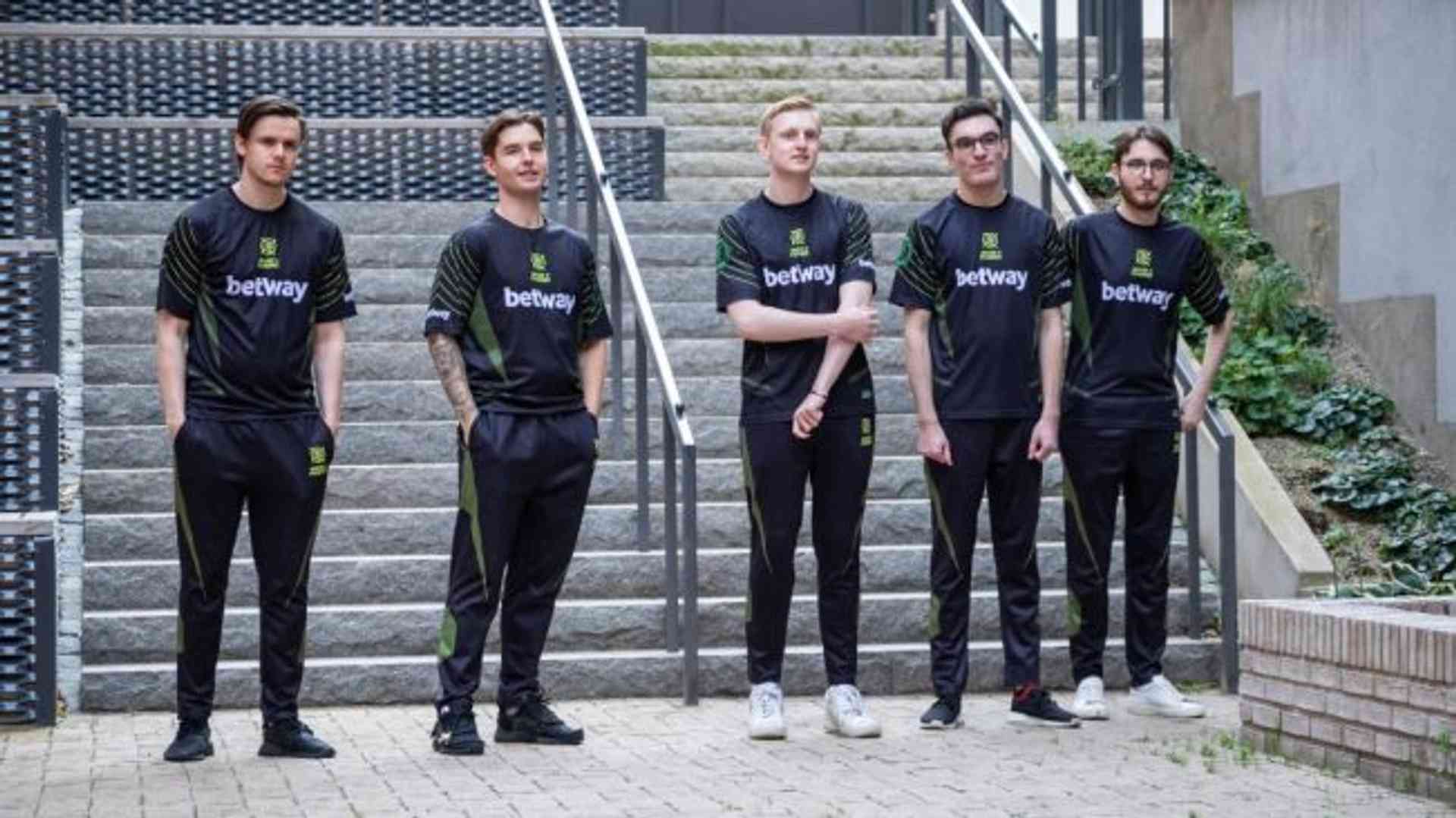 Nicolai "device" Reedtz is one of the most successful players in Counter-Strike, A long career full of trophies, achievements, and MVPs that wrote his name in gold inside the CS:GO world.

With 4 Majors and 19 MVPs to his name, alongside his consistency coming as one of the top 5 players for six years in a row only means that Nicolai is the secret ingredient to winning, and so thought Ninjas in Pyjamas when they shook the entire CS:GO scene with one of the biggest signings of the year picking him up. 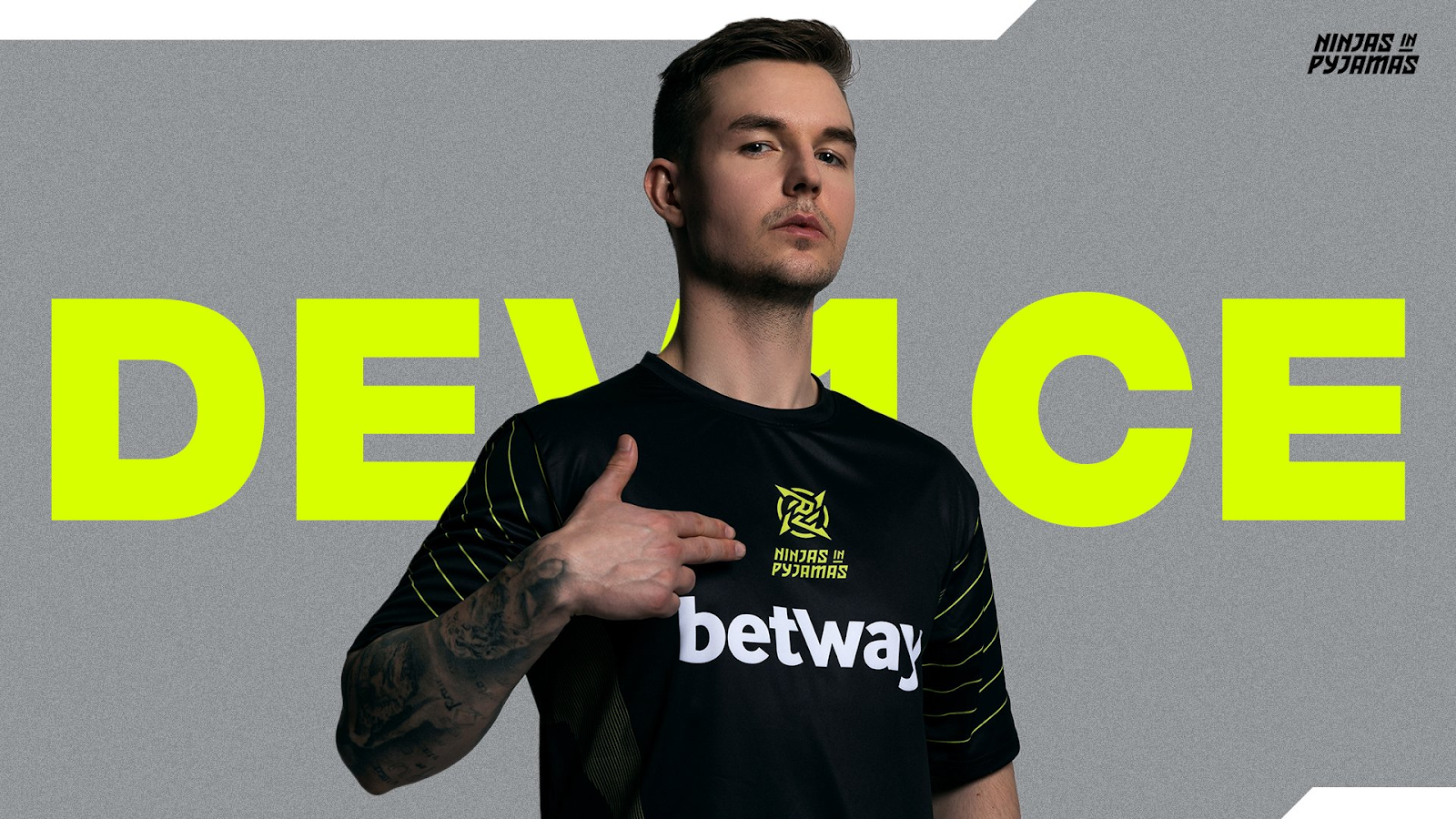 A transfer made headlines in every esports media outlet and had players, coaches, and known figures among the community talk & express their thoughts for long days.

The bombshell did nothing but blow, confused the community, and left so many question marks regarding the reasons for the signing & whether we would get to see the star shine in his new home and continue his long-lasting legacy.

It wasn’t the transfer only that made the buzz, but also the buyout of the superstar.

With such a high caliber player comes an expensive cost; the move made the Swedish organization spend between $700,000 - $1,000,000, according to a report from HLTV, for the acquisition of the Danish AWPer.

A new beginning, bigger ambitions, higher expectations. “Device” is known for his high impact during the games and the big role in securing victories that were put to the test at his first game in the black & green jersey.

His first official game with NiP was at Flashpoint 3 RMR event against the Polish team Anonymo.

Even though the second map was challenging for NiP, “Device” had a remarkable performance when he topped the server with a 1.29 rating. A slow start in T side made him step up and use his magical big green gun to turn things around as he had over 60% AWP kills.

Mirage was the decider map where Nicolai had one of his worst performances that year, a 0.55 rating with only 12 frags throughout the game that took all 30 rounds to decide the winner.

Device’s debut was a great introduction to what he can bring to the team and help achieve success with such performances regardless of his underwhelming performance on the last map.

“Device” & his teammates were able to see a glimpse of success and worked their way into becoming 2nd in the HLTV world ranking.

Each player has their ups & downs. At some events, they can feel unstoppable but helpless at others, and so was the case with “Device.”

His first event was a success coming 2nd at Flashpoint 3 RMR with an incredible performance. After such an event, they expected to go far in the next IEM Summer event when they finished 7-8th and a shy performance from the superstar.

“Device” got the feeling of a superstar and a champion again at IEM Fall 2021 Europe when he lifted the trophy, netting one of his best performances and events ever with NiP.

His best performance was at the IEM Cologne Play-in when he took his team and carried them into qualifying for IEM Cologne 2021 in only three maps.

After a complete dominance from “Device” in the play-in, he would be expected to continue his impact on the main stage. Unfortunately for him, Things went the opposite direction when he struggled in the tournament's later stages.

The first game against Team Liquid was nothing but a warmup for him with a 1.58 rating and an absolute wrecking ball for the NA team.

The second game against the giants Gambit was where he flopped by having a 0.71 rating and only 32 kills across the entire series.

The last match against Virtus Pro witnessed the same scenario as the last game, a terrible rating across the series that led nowhere but to NiP being disqualified.

ESL Pro League Season 14 was another flop for the Danish star. Regardless of the great overall performance in the group stage, he failed to step up when it mattered the most in the playoffs.

0.90 was his rating against MOUZ across the series after a terrible second map with a 0.56 rating. Even with such a disappointing showing from “devve,” NiP managed to win and qualify to the Quarter-Finals, where they faced a rough OG.

The game was a nightmare for “Device” as it ended with him being one of the lowest-rated players (0.82) in the series and a ticket back home.

We decided to compare Device’s stats between 3 periods of time; Astralis 2019, 2020, and his period with Ninjas in Pyjamas.

The end of 2021 wasn’t easy for “Device” due to sickness; It started during IEM Winter when NiP announced that “he has been feeling unwell for the past day and has been advised by the doctor to rest and recover.”

After rumors surfaced that the Dane was looking to get back to the Danish organization Astralis”, He took the liberty to make a statement on Twitter where he implied his stay with NiP his time off was due to mental health reasons.

“My mental health has taken a hammering this year for personal reasons and the pressure of playing professional esports.”

“I have been taking active steps toward recovery and am looking forward to putting in the work that will enable me to get back to the top of my game and be the best version of myself.”

“I hope this serves to stop further unsettling rumors and kindly ask the media to respect my privacy at this time.”

The last update from “devve” was at the beginning of the current year when he stated that he was working towards a safe return.

There are no recent updates regarding his situation; it’s only safe to assume that he’s recovering and doing his best to get back on the server.

Luckily, Device’s last game had the best result to take a break from.

The Danish star shined through the game and was a factor in winning the series when he had a 1.49 rating on the decider map.

The series was against GODSENT in the playoffs of IEM Winter 2021. Sadly for Device, he couldn’t continue playing in the event due to his health problem, and his teammates sent him a great gift by making it to the Grand Final at that event.

It’s uncertain when the Device is coming back, But hopefully stronger than ever inside & outside the server.