Overview of Team Spirit's Performance During the DPC EEU 2021/2022 Tour 1: Division I

Eastern Europe is one of the many regions in Dota 2 that have fans worldwide. Since most of the top-rated teams are evenly matched, the series between them are extremely interesting to watch. The fact that the games are unpredictable means there are always various surprising results.

With that being said, one team was clearly better than the rest because it didn’t lose a single game in Tour 1. Its name is Team Spirit, the current TI champions. Thanks to some of the most talented players in Dota 2, Team Spirit was able to rip through its opponents and proved that it is the best in the world. Illya "Yatoro" Mulyarchuk and the rest of his team proved that they are on another level compared to their opponents in their region. With that being said, let’s take a quick look at the team’s performance in Tour 1: Division I. 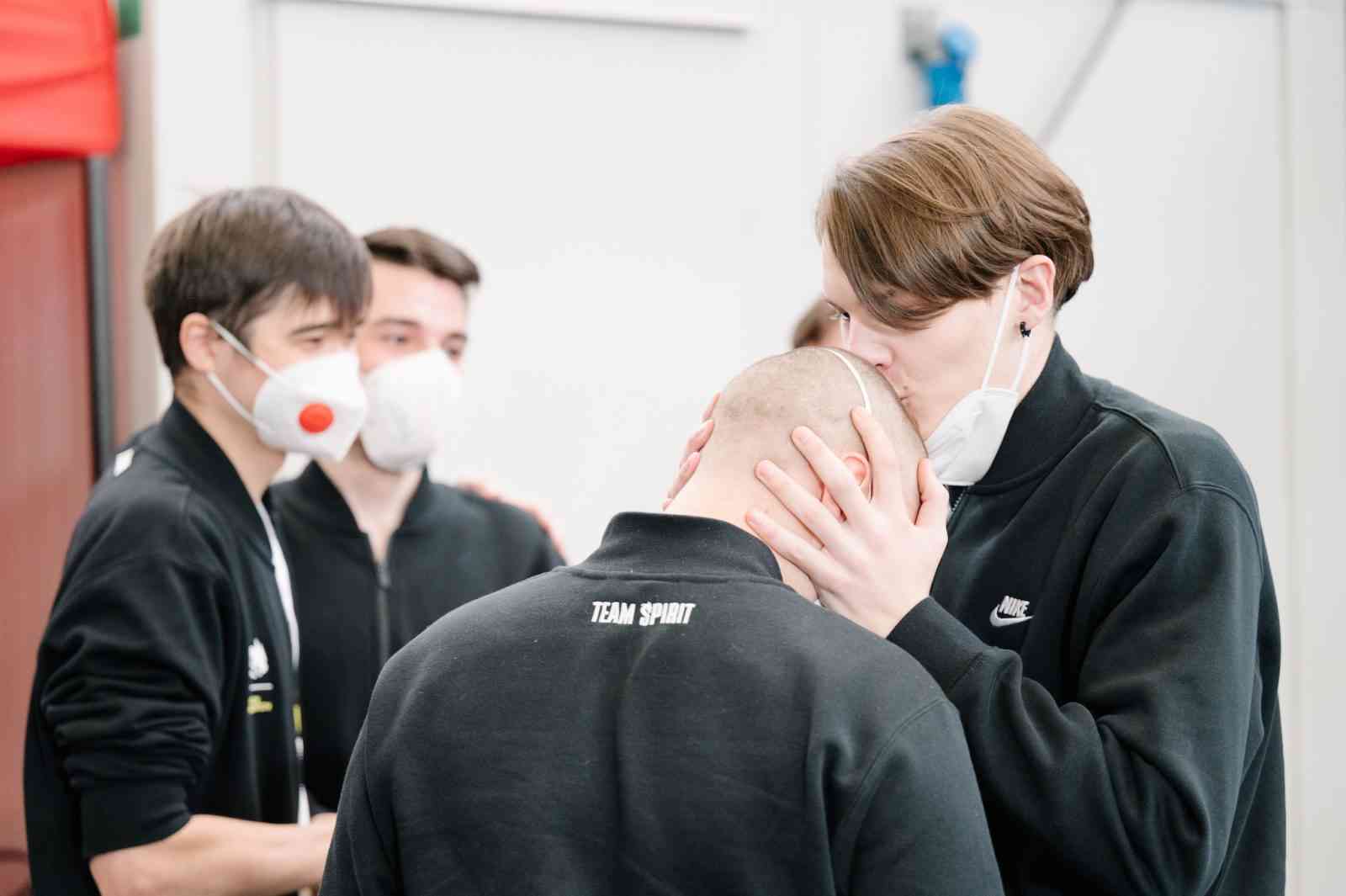 Before the DPC started

As mentioned earlier, Team Spirit did the impossible and won the most prestigious tournament in Dota 2. The International 10 was an arena where the best teams in the world had to go head to head. No one expected the newly-formed squad to secure itself a top 3 finish, but after several impressive results, Team Spirit succeeded. It wasn’t easy for Yatoro and the rest of his team because the players had to earn their spot in the Grand Final through the Lower Bracket.

After defeating some of the favorites, Team Spirit had to go up against PSG.LGD. The Chinese powerhouse was outstanding throughout the tournament and was eager to win its first TI after losing the final in 2018. Everyone thought that Wang "Ame" Chunyu and the rest would succeed, but these players failed to live up to the expectations. The Chinese were unable to defeat their motivated opponents, which allowed Team Spirit to become the first EEU team to win the most prestigious event in Dota 2 after Na’Vi in 2011. 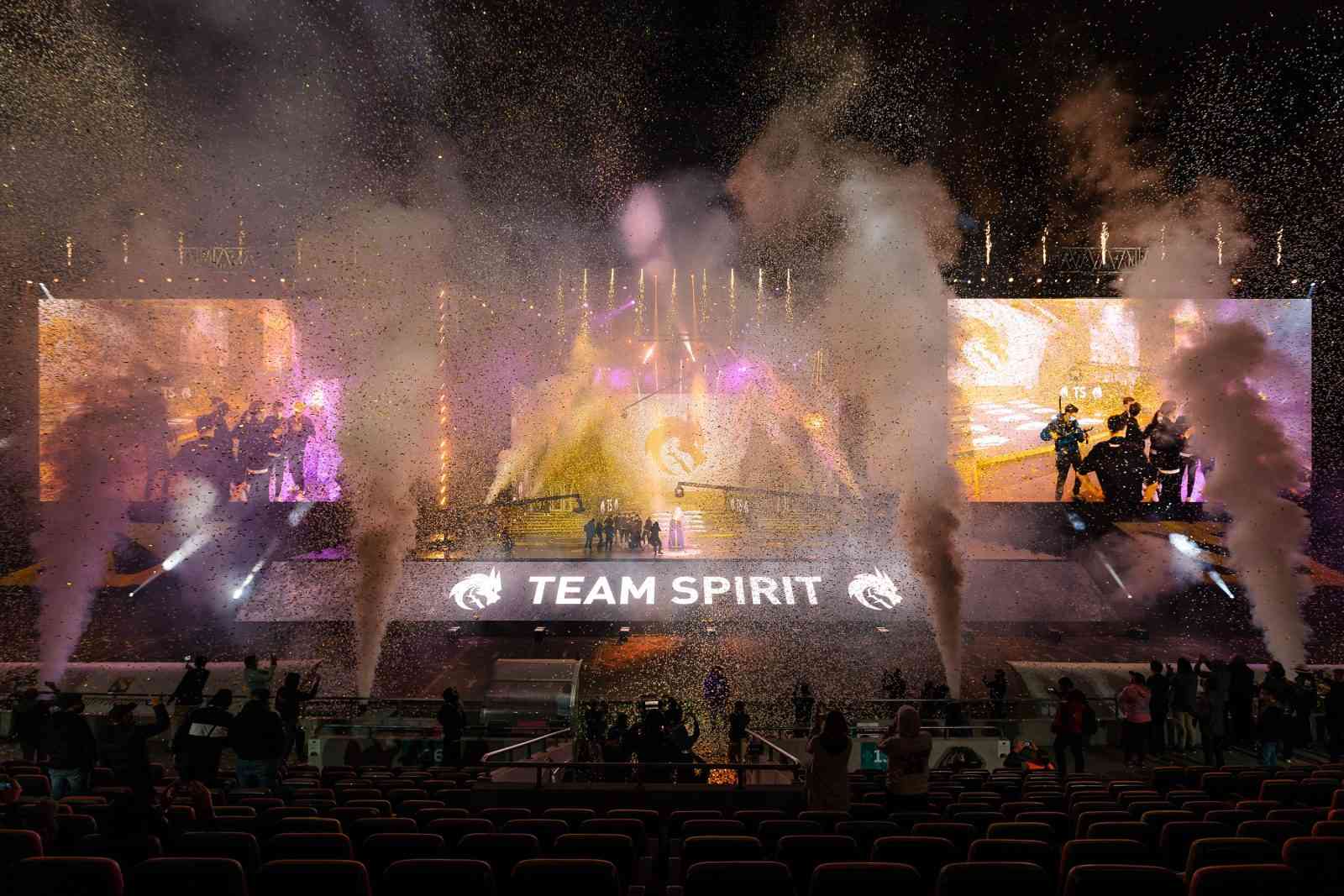 The first challenge ahead of Team Spirit was Team Unique. Some people expected TI champions to struggle, but they had no problems against their powerful opponents. The team used several meta heroes in both games, such as WK, Bane, Weaver, and Snapfire. Team Unique tried to counter their opponents in both games, but Team Spirit’s laning stage gave them a considerable advantage for the mid-game. As a result, the team had no problems securing two fast victories and its first win in Division I.

After the easy victory against Team Unique, the second challenge that Alexander "TORONTOTOKYO" Khertek and the rest had to overcome was PuckChamp. This was a series that many fans were eager to see because PC was one of the favorites in Division I.

Even though it was not easy, Yatoro and co. managed to secure themselves a clean 2-0 victory. The first game wasted only 32 minutes because Team Spirit outplayed its opponents. Thanks to heroes, such as Spirit Breaker, Ember Spirit, and OD, the team had no problems during the laning stage and shortly after that.

After the dominant victory, it was time for game two, which was a lot more interesting. Team Spirit was able to win, but the game lasted for 47 minutes. TI champions had to play against the clock because PuckChamp had Medusa in their draft. Sadly, they were unable to utilize the hero’s power and lost the game before Medusa purchased some of the needed items to dominate.

The third week in Division I for Team Spirit allowed them to secure another victory and the lead in the group. This time, TORONTOTOKYO and the rest had to face Team Empire, a roster that many people expected to shine. Unfortunately, Team Empire did not perform as expected, so it shouldn’t come as a surprise it lost both games in around 30 minutes.

Interestingly, Empire decided to utilize the best heroes in the meta in both games and hoped that they would be enough to stop the CIS powerhouse. Sadly, this did not work because Team Spirit played well.

Week 4 vs AS Monaco Gambit

AS Monaco Gambit was one of the names in CIS that people respect a lot. Unfortunately, Andrei "meLes" Romanov and the rest finished second-last in Division I, which means they will have to compete in Division II a few months from now.

After losing the last two matches, ASM Gambit also lost this one. The first game was a walk in the park for Team Spirit because they needed just 25 minutes to win. However, the second one was not easy because ASM Gambit secured a solid lead. The bad news is that the team was unable to utilize its lead and lost several essential team fights. This allowed Team Spirit to bounce back and Morphling did not let ASM Gambit do anything in the late game.

After defeating ASM Gambit, Team Spirit had to go through another series, but this time, the team played against Na’Vi. The latter is often considered one of the most dangerous teams in CIS.

The first game between the two was probably Division I's most interesting series. It lasted for 72 minutes, so we had the chance to watch loads of epic team fights and back-and-forth action. Although Team Spirit had the lead, Na’Vi secured themselves a couple of crucial kills and won the game. Sadly, their advantage was short-lived because TI 10 champions bounced back in game two and won the deciding map.

HellRaisers is one of the CIS teams that people look up to because the team is always among the best. It proved this yet again by finishing fourth in Division I, but it was unable to defeat the mighty Team Spirit.

TI 10 champions utilized almost the same tactic in both games. The first one finished after 22 minutes, but the second one was more interesting because HR’s Templar Assassin had a solid laning stage. Despite the good start, Maxim "re1bl" Afanasyev was not able to utilize the hero’s potential and lost the game.

The last challenge and the last potential team that had the chance to ruin Team Spirit’s streak was Virtus.Pro. The latter is known as one of the best teams in CIS. This probably doesn’t come as a surprise because it consistently achieves the best results.

Unfortunately, the many roster changes affected the team’s performance, so it was unable to defeat Team Spirit. The worst thing about the series was that VP was not even close to winning. Yatoro and the rest dominated in both games and deserved the first spot in Division I.

After defeating everyone in Division I, Team Spirit advanced to the Regional Finals. This is where the team had to go up against HellRaisers, PuckChamp and Virtus.Pro. 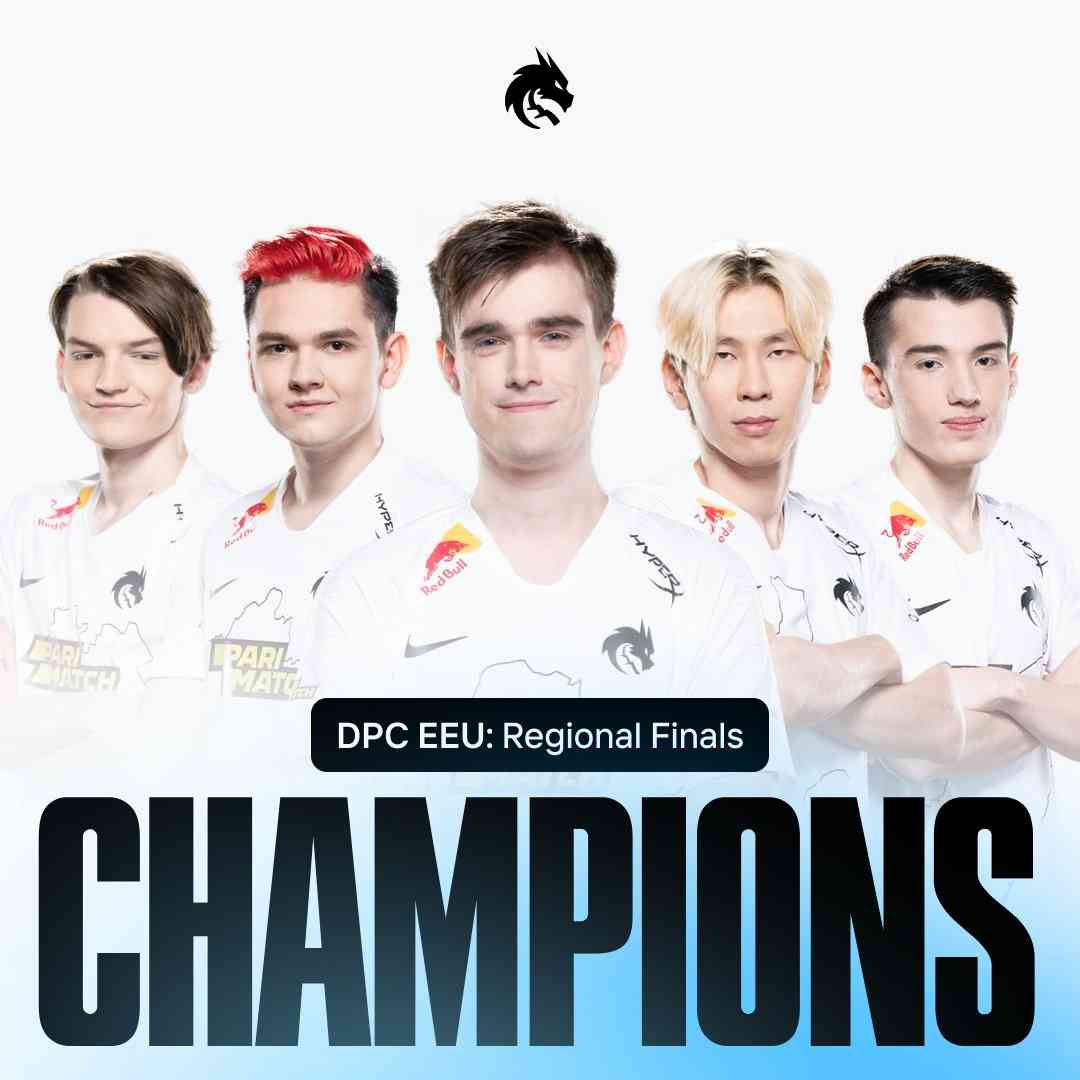 The roster for Team Spirit stand in their jerseys, below them the words DPC EEU Regional Final Champions" appear in bold black letters

People expected the TI champions to succeed, so it wasn’t surprising they overcame the competition. However, it wasn’t easy for Yatoro and the rest because they lost their first match against HellRaisers. Consequently, the team had to survive in the Lower Bracket until they reached the Grand Finals.

Although VP played well in their previous matches, this was not enough to stop the Team Spirit powerhouse. And Team Spirit added yet another significant victory to their collection.