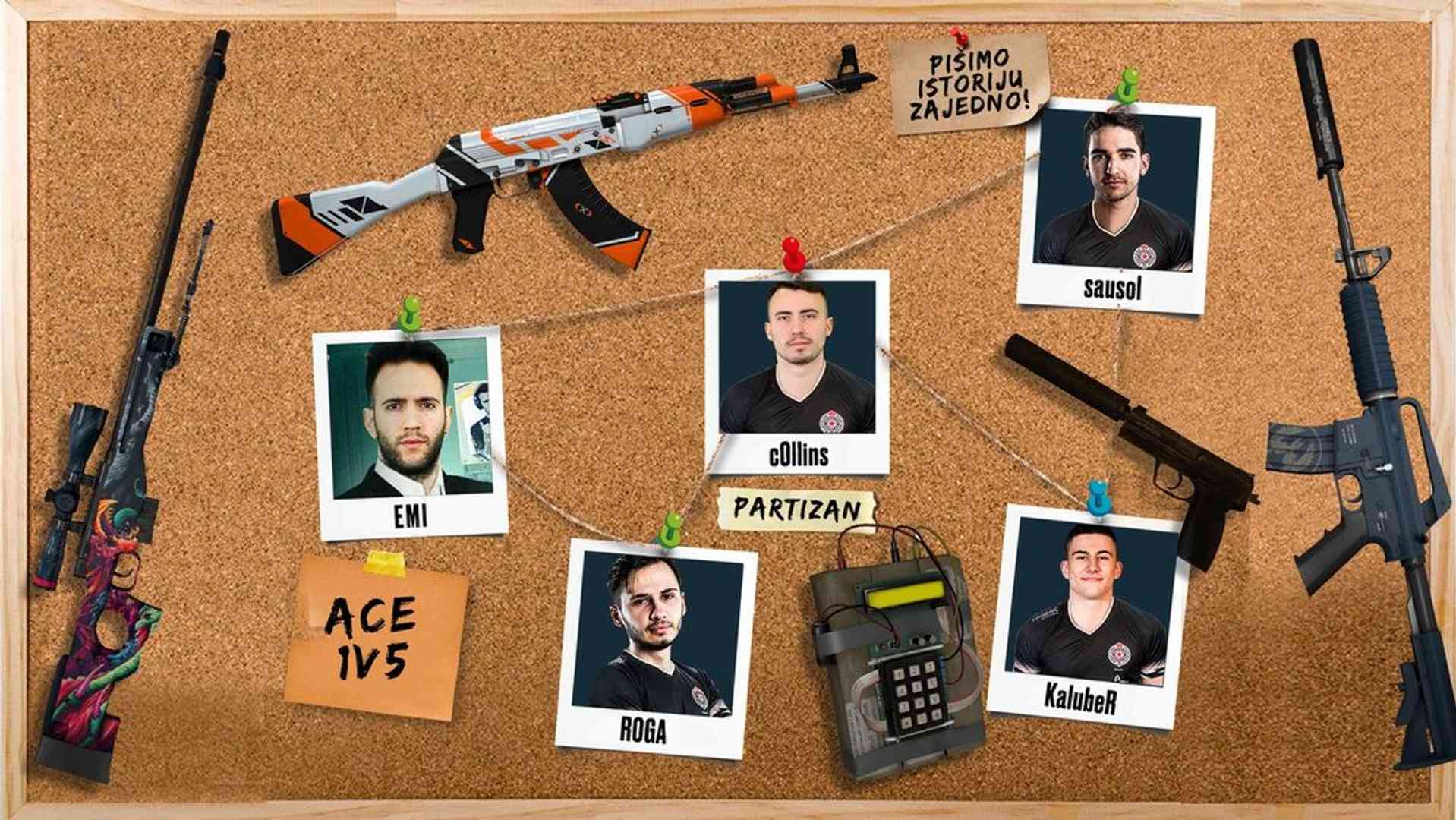 Partizan Esports already has a League of Legends roster and now the organization signed the CS:GO team. Almost all of the new team members are from Balkanian states. Two Serbians, one Croatian, one Bulgarian and one Spaniard.

The in-game leader of the new lineup is Luka "emi" Vuković. The 28-year-old Serb has a wealth of experience. During his 10-year career, he played for FunPlus Phoenix, c0ntact Gaming, CR4ZY (formerly known as Valiance & Co), iNation and others.

The only Iberian in the new team is 22-year-old Pere "sausol" Solsona Saumell, known for playing for MAD Lions.