PRX Benkai: "As the match went on, it became pretty obvious that [Pearl] is still in a very unrefined stage."

Paper Rex started their Valorant Champions 2022 run on the right foot as they defeated EDward Gaming 2-0 in the tournament's opening match. Despite struggling in Icebox where they fell by a 13-5 margin, the APAC first seed and Masters: Copenhagen runner-up rebounded by winning the deciding map in Haven and subsequently advanced to the Group A Winner's match. It is there where they will vie to book themselves a place in the playoffs phase amidst competitive Valorant's biggest stage of the year.

Following the series against EDG, PRX's Benedict "Benkai" Tan spoke to the media in a scrum interview to discuss playing against the East Asian representative, playing in Pearl, strugging in Icebox, and much more.

Pedro Romero, BLIX.GG: This series actually broke the Masters: Copenhagen concurrent viewership record. How does it feel to be a part of one of the most watched Valorant matches so far?

Benedict "Benkai" Tan: I didn't know that actually. That's pretty insane. It's an honor to be part of such a huge tournament and to have so many people think that my match against EDG was worth watching even more than in Copenhagen, it's a nice feeling.

BLIX: Were you guys expecting Pearl as your first map in Champs? How did you feel that match progressed?

Benkai: It's definitely something we didn't really expect but we were prepared for it. As the map went on, it became pretty obvious that it's still in a very unrefined stage. Even so, it's good though because it gave us the data on what to work on and improve for the next match.

BLIX: Do you think Pearl is going to evolve in this tournament? Will it be an X factor as we go deeper into Champions?

Benkai: I would say that it will evolve in terms of the teams that already play edit and know what to work on to make it even better. But at the same time, there's going to be even more teams that have probably prepared [for] it and we've not seen anything from them yet. It's going to be a very weird push and pull kind of thing as the tournament progresses.

BLIX: Icebox has been one of your strongest maps so far as this year has gone. Can you walk us through what went wrong in that map against EDG?

Benkai: I think the team never really thought of Icebox as one of our best maps to begin with. It was just more of a "we thought they were not as good on it" kind of pick. Obviously, we were wrong. It was a gamble. But yeah, I have to give full credit to the way EDG played because their game plan was rock solid and there were very little things that we could do against it.

BLIX: You’ve had great engagement and fun with the Turkish fans around your ice cream guy outfit. Can you share the story behind the selection of your opening outfit?

Benkai: It just felt so fitting because I try to follow the theme of the place that I'm at as best I can and what's more iconic than a Turkish ice cream man, you know? It's such a shame that I couldn't get like the long ice cream stick and I had the idea of getting real ice cream, but I don't think it would have worked out well, so I had to go with a prop.

BLIX: We loved seeing you pick Cipher in Haven. Do you plan to play more exotic comps further into the competition?

Benkai: It completely depends on what team we are facing and what kind of play style they have. We just figured that the Rena-Cypher comp was more fitted towards EDG. 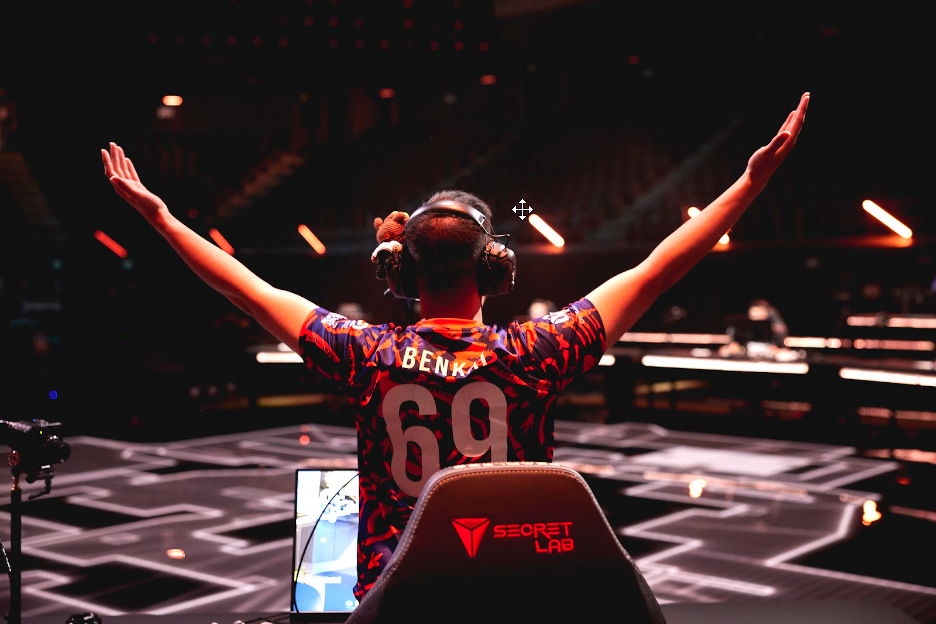 BLIX: How was it preparing against a team like EDG, their main experience in the VCT up to this point was from the LCQ?

Benkai: We didn't really have a lot of data to go off of because we didn't know how much of what they had in the LCQ they were going to keep, so we kind of cracked down on their play style and instead of specific strats they like to do. We just studied their habits and what kind of IGL style they have. We just made a game plan against that instead of specific strats.

Paper Rex is leading the APAC delegation for Champions, which also includes XERXIA and Boom Esports. Given that you guys finished as runner-up in the last Masters, there's a lot of expectation and pressure for your team and the region as a whole to keep the momentum going. What do you make of the current form of the APAC teams?

Benkai: It's hard to give you a definitive answer because only one of us from the APAC region has played thus far. And I think it's unfair to say, 'APAC is going to do great' or 'APAC is maybe not as good as the other regions' when we haven't even seen them play yet. I don't think I'll be able to give an answer that I'll be happy with until I see them play.