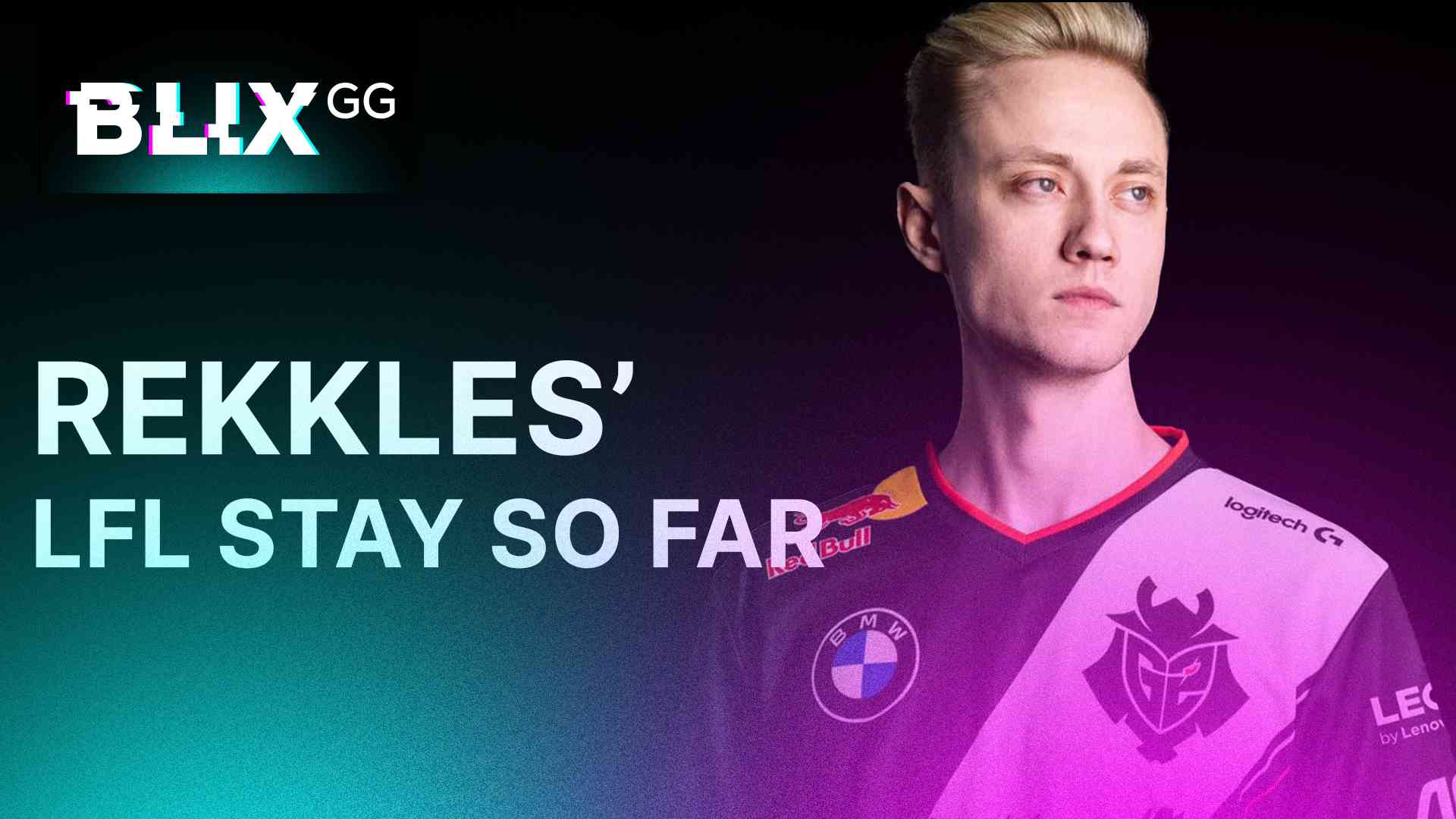 The blockbuster transfer of the year, the King in the North himself - Martin “Rekkles” Larsson has now played in 7 weeks of the LFL. Haven’t you been following the scene? Here’s how Rekkles’ LFL experience has been so far throughout his past seven weeks with Karmine Corp. 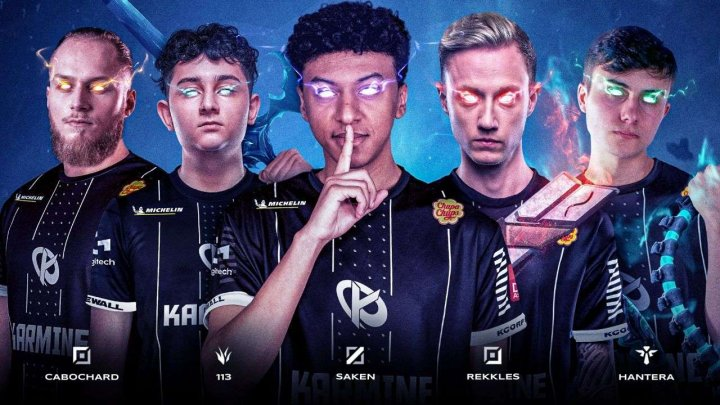 Rekkles has been performing well in KCorp, but it hasn’t been an all-dominant show. He is still a top ADC in the league; of course, many considered him the best ADC of the LEC before he left. Though if you assumed Rekkles would have carried KCorp easily to the top of this regional league, then you guessed wrong.

Despite the less than ideal record of KCorp, Rekkles has looked scary, and his stats show it. His Jinx still stands at a 100% Win rate, his signature Jhin beaten once out of 3 times, his numbers show he is ahead in CS at 15 mins 75% of the time, and his KDA sits at 9.1. Still impressive numbers despite it being a regional league, as the LFL is no joke.

Rekkles has also looked comfortable with the team despite all the changes, coming from an international team speaking English in the LEC to an English-speaking French squad in the LFL. His performance so far in the LFL is nothing but a benefit in his resume if he ever looks to return to the LEC.

In the first few “Voice Comms” videos released by KCorp, you could notice that Rekkles would rarely speak, and when he did, he didn’t sound as comfortable or as loose as you should when playing with your team. It was clear from his last voice comms with G2 in 2021. One factor for this could be that his teammates are all french, and their deep french accent may make it hard for Rekkles to fully understand all that they are saying.

But in the latest videos released by KCorp, at least we can hear Rekkles seem a lot more “at home” with his teammates.

But Rekkles isn’t the only member of KCorp, and so despite his performances, there are still ups and downs for this new team. As of the LFL Spring Week 7, KCorp has a record of 9W-5L and are currently 3rd in the rankings, behind LDLC OL and Vitality. Bee.

The team’s debut in Week 1 was against Misfits Premier, one of the 5 games where Rekkles had picked Jinx, and with her, Rekkles dominated the match. Their second game of the week would see the start of their woes, as they lost to Mirage Elyandra.

They followed this loss with another 1-1 week, as they beat Team BDS Academy and lost to GamersOrigin in week 2 of the split.

They would have their worst week during week 3 when they would lose to the current top team LDLC OL and Solary. And after those losses, they decided enough was enough. KCorp would go on a 6 game winning streak all the way till week 6, already looking better than most teams in the league.

They had even beat Vitality.Bee currently ranks 2nd in the split. However, the team’s streak would be broken by a familiar foe in GamersOrigin, one of the two teams KCorp has yet to beat. 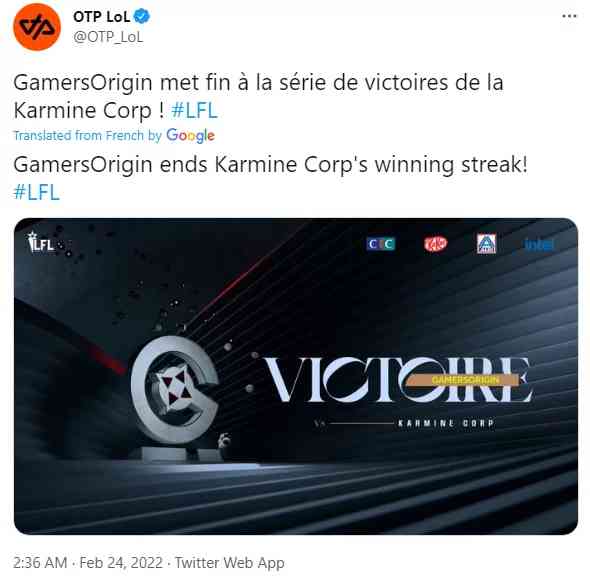 KCorp’s latest match saw them take down the current number 1 ranked team of the split, LDLC OL. This newest match shows the promising future and potential of this KCorp team after a few weeks of learning and improving as a new group. All this, with the unwavering performances by Rekkles, should put KCorp as the projected Spring Split Champions of the LFL once again.

With only 2 weeks left to go in the LFL Spring Split, will KCorp find the form they need to become back to back LFL Spring Split champions? If they do, they secure themselves a spot at the European Masters 2021 spring, where the current reigning champions are Karmine Corp themselves. Rightfully, with the LEC Spring 2021 MVP on your team, a regional event like the European Masters should be anything but unreachable, but it still won’t be easy.

Interested in following Rekkles or Karmine Corp? Or just the exciting scene of the French League of Legends? Watch all their games live on the official English and French LFL Twitch channels.