RGE Comp on Caitlyn-Lux against Lucian-Nami: "It's just an advantage that we have, I feel like we're solid bot lanes in this specific matchup" 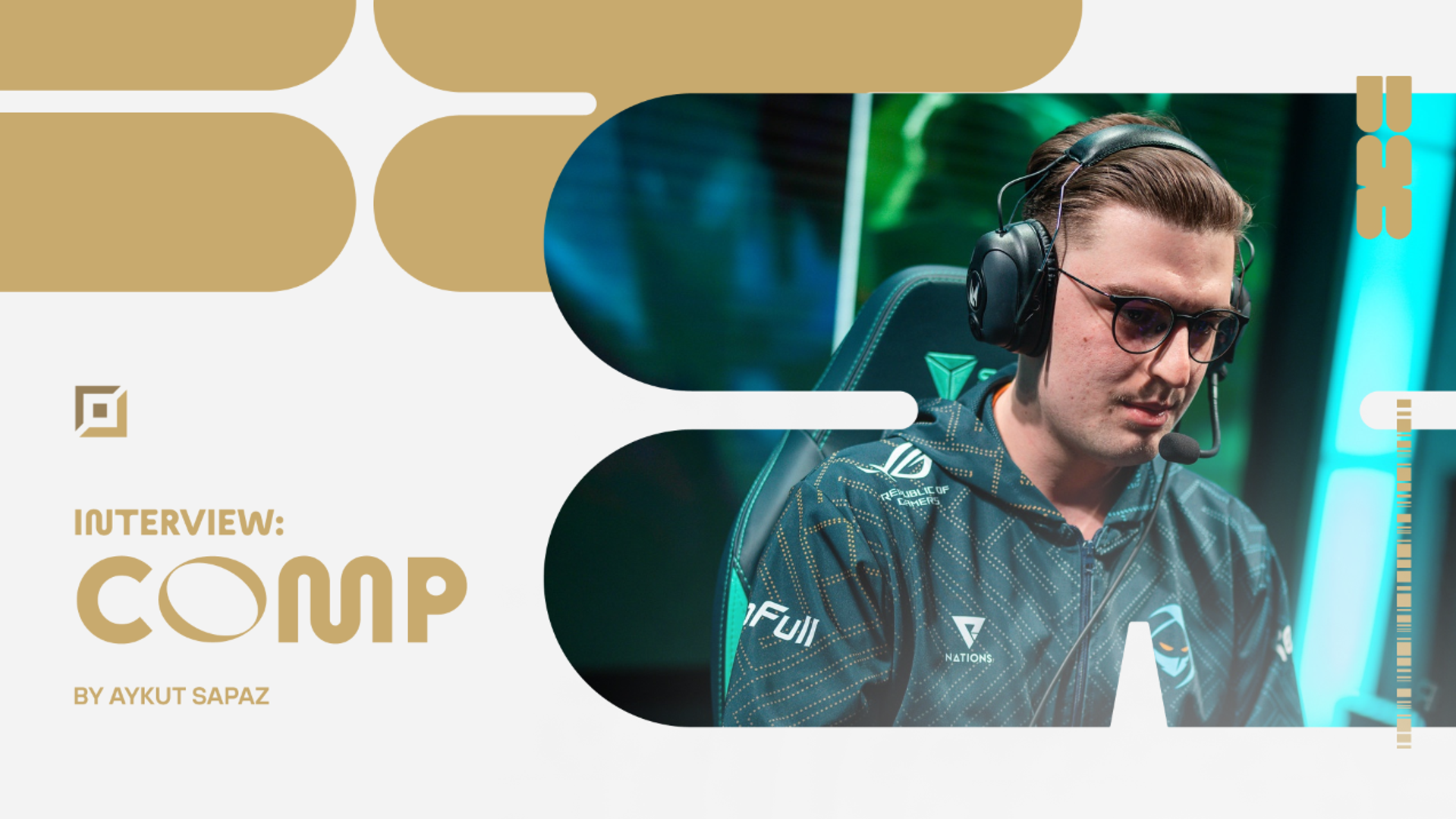 The most successful team in League of Legends European Championship (LEC) without a Playoffs trophy, Rogue have the chance to take their rightful place in the wall of winners this split, as their victory over MAD Lions has put them in a place to finish 3rd in the worst case scenario.

They have a lot more to prove though, and they will have the chance to do so at Malmö, Sweden in front of a crowd. We spoke with Rogue’s bot laner, Markos "Comp" Stamkopoulos, about their win over MAD Lions, the interesting answer to the devastating Lucian-Nami combo and what the future holds for Misfits and them.

Aykut "Kots" Sapaz, BLIX.GG: Congratulations on your win against MAD Lions. It was a very, very close series with a lot of, you know, a lot of us standing on the edge of our seats. Well, you guys won. How does it feel to get one over MAD Lions after all the history between the teams?

Markos "Comp" Stamkopoulos: So firstly, thank you very much, but to me, at least, I haven't been here for the whole time, so I don't really know the feeling of the history of MAD Lions versus Rogue, that Spring Split final that they just got reverse swept and all of this. So I'm kind of this new guy that just comes in and he's like, doesn't really have this rivalry versus other teams and he's just here to play League.

BLIX: And that was some League you played, that was a very good showing of what Rogue can do. Especially that Caitlyn-Lux in the last game, which I don't think many of us expected. How was the decision you made during the draft?

Comp: It's just one of our comforts. The thing is we have always liked Caitlyn-Lux, even last split we were playing it a lot. But specifically into Lucian-Nami, which is considered an S-Tier bot lane right now and a lot of people just prioritize it, especially when there are other bans like Kalista and stuff. We're just really confident the way we play Caitlyn-Lux and I don't think there is, specifically now, a botlane that can play Caitlyn-Lux into Lucian-Nami.

So yeah, it's just an advantage that we have, I feel like we're solid bot lanes in this specific matchup because if you make one mistake as Caitlyn-Lux, you are not coming back in the game. So you kind of have to play pixel perfect early game laning first. And that's kinda like the high risk, high reward that we were just willing to do in Game 5.

Aykut: Wow. And you guys got rewarded heavily for that, eventually winning the series and going to Worlds. Congratulations on that again.

BLIX: Is there a specific opponent you want to face at Worlds? It doesn't have to be a person, it can be a whole team.

Comp: I mean, I cannot really think of a specific name. It's like just all LPL and top LCK bot laners so yeah, I mean every top 4 LPL that comes I think all their bot lanes are really good, they're very aggressive and I think bot lanes in Korea like Gen.G and T1 and even LSB are very talented, I think, so I'm looking forward to play versus anyone, honestly.

The thing is, even if you brought me versus the sixth team of LPL or whatever, it's just experience that I have never played those players so I don't know that level. So it's always like interesting to see what you can learn from them and how they play and what little details makes the difference and all of that stuff. So I'm just overall looking forward to play versus all these top players but not someone specific.

Comp: I mean, to be fair, I would assume it will be G2. The thing is, I think they should have chances to do this, but I think for G2 especially, probably like the roughest muzzle they're going to have. So I would assume G2 to win the series like 3-1 or 3-0. Other than that, yeah, I guess we're just waiting to face them next week.

BLIX: All right. Lastly, is there any message you want to send to Rogue fans, to Comp fans out there?

Comp: I want to say a big thanks, everyone. It's honestly like, the thing is, I just look at my phone and it's full of supportive messages and everything. And so I read everything and it's so nice, like the feeling. I mean, people being happy for you when you do something nice or whatever, it just feels really rewarding and it feels really special. Also, like it's really unique. So I just want to say that I appreciate it a lot.

Aykut: Alright, thank you so much, and good luck in your match against G2. Hopefully you guys won't be beaten by three one. We'll see.

Comp: Thank you so much. Have a good night.

For more interviews, analysis and all the latest LoL and esports news follow us at BLIX.GG