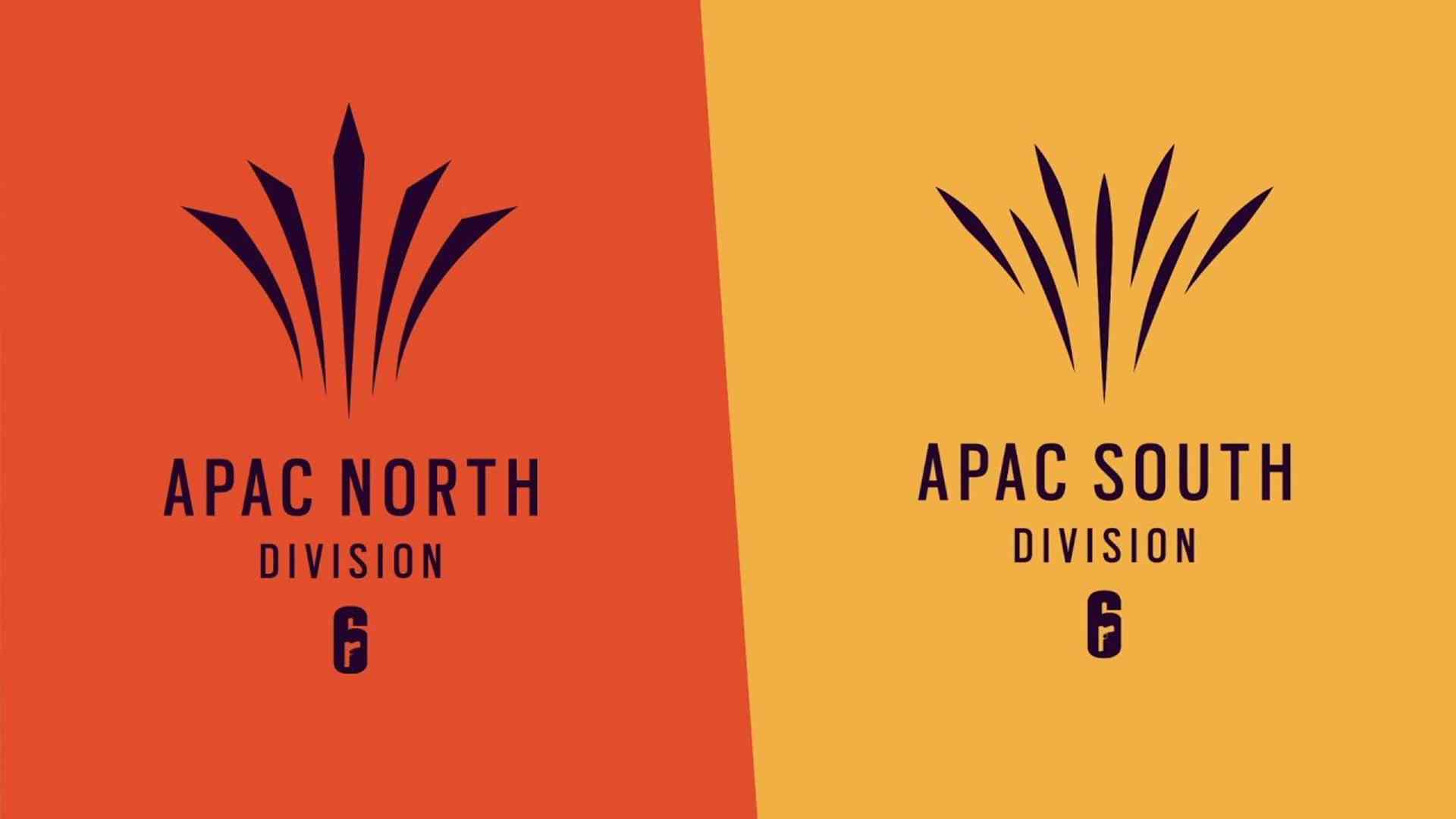 Stats, predictions, and more… We take a deeper look at the APAC teams qualified for Six Major Jönköping.

The APAC region comes to another international tournament with the hope of its long-awaited first title. There are still a lot of problems in the region, which ends up delaying the potential of the teams, but that doesn't mean that current players don't have the conditions or dedication to play a tournament of this level.

The closest to an international title for APAC is a 3rd-4th place, and that has happened a few times — with Nora Rengo, Fnatic, Aerowolf. And the last time with DAMWON at Six Major Sweden; stopped by Faze Clan, who won the title in that championship. Once again in Sweden, none of the qualifiers have reached long campaigns in international tournaments, but the region still believes in them: Cyclops, Dire Wolves, SANDBOX, and FURY. 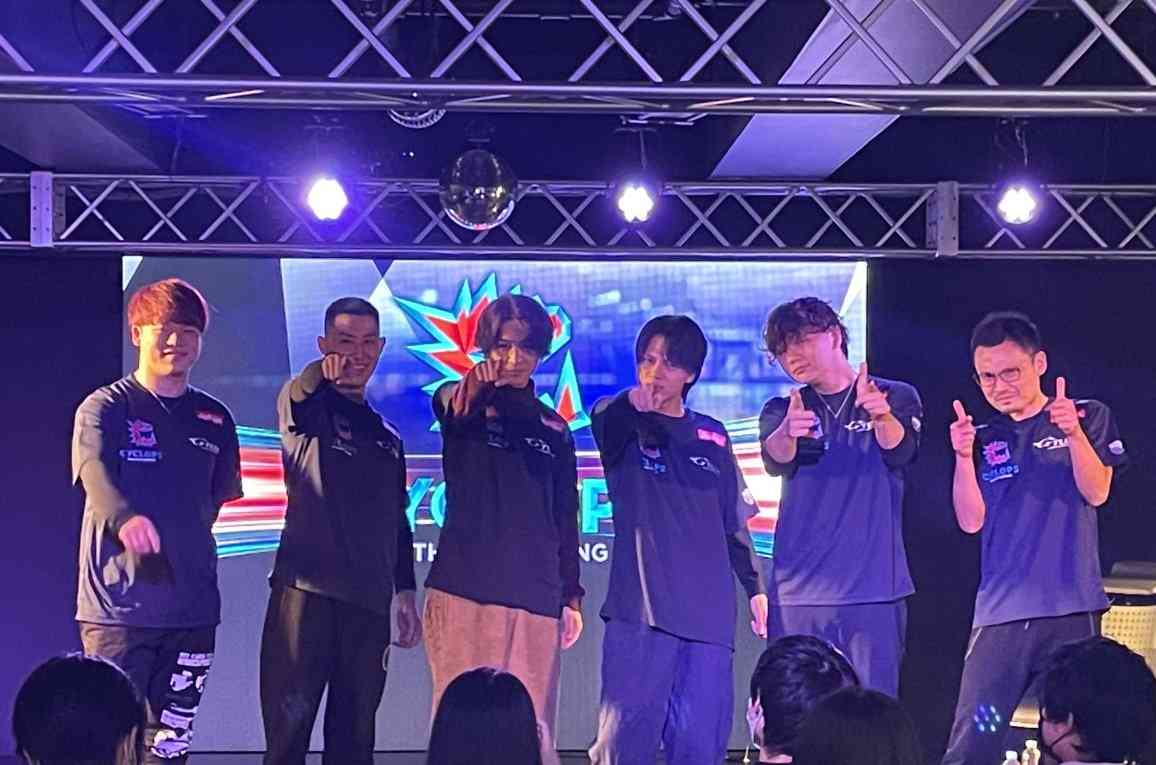 Cyclops on stage at the Six Invitational Japan 2022

Its was a very difficult year, despite being one of the main teams in the APAC region and Japan, the team managed to impose a high level of play, and win the stage twice (Japan League Stage 1 and APAC North Stage 3). They played in two international tournaments this year, Six Invitational and Six Major Charlotte, but failed to get past the group stage in either competition. And to make matters worse, they have only 1 win in 10 games at both events. The team comes to Sweden looking to break the negative streak. 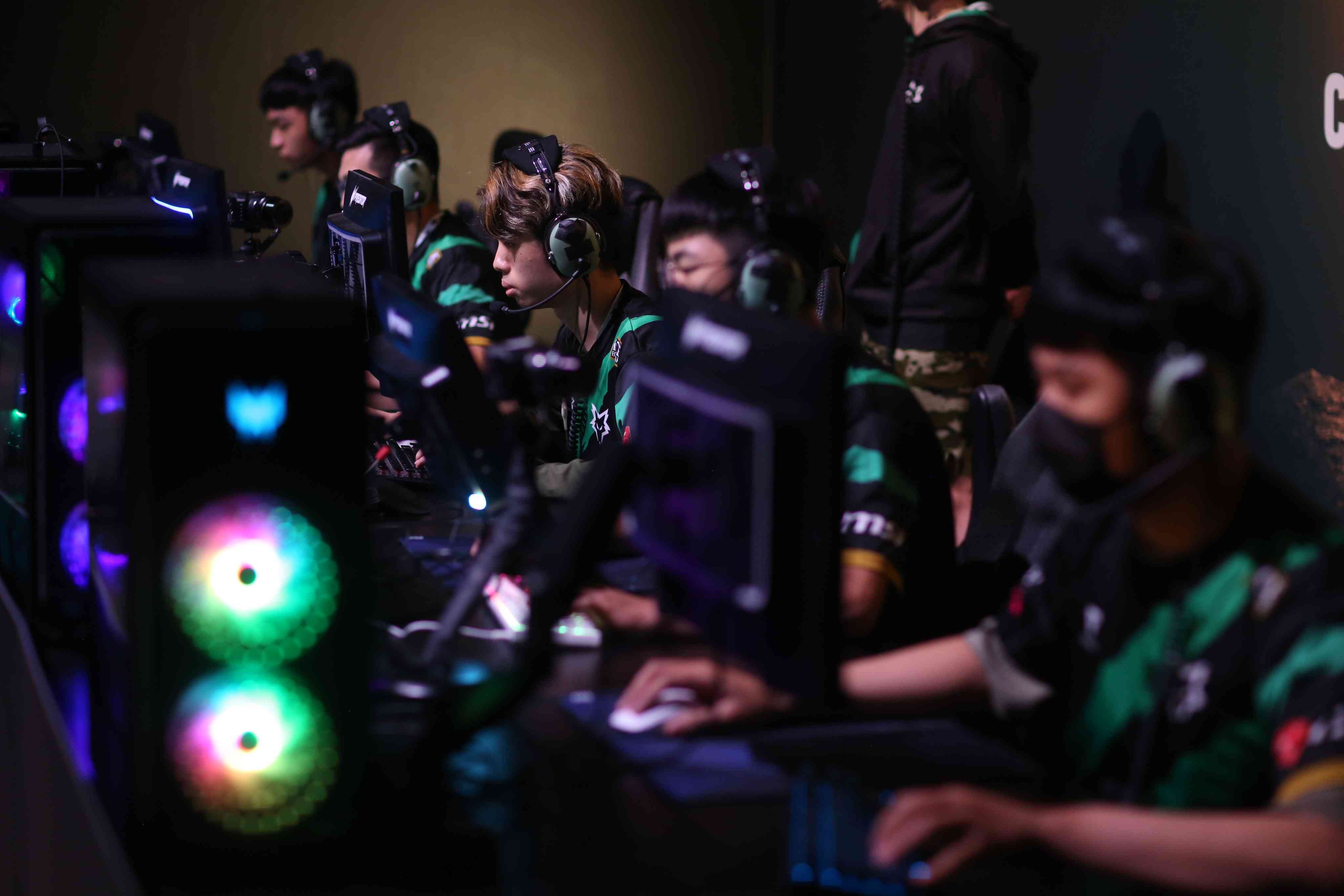 Dire Wolves lived two extremes; in Stage 1, the team qualified undefeated by APAC South in the APAC League. Then they swept the Champion of Operation League Taiwan S7. But at Six Major Charlotte, the team's energy left something to be desired —facing eliminated in the group stage and winning only 1 game. In Stage 2, the team failed to make it into the Top 2 of APAC South and also failed in the OLSEA Summer contest. And now Stage 3, which featured the arrival of the Chinese player Wu "Reeps96" Weichen, was without a doubt a gigantic boost of potential and helped the team to qualify undefeated in both APAC South and OLSEA Autumn, but in the playoffs, Reeps96 had to stay from outside and the team finished with the 4th place in the competition. 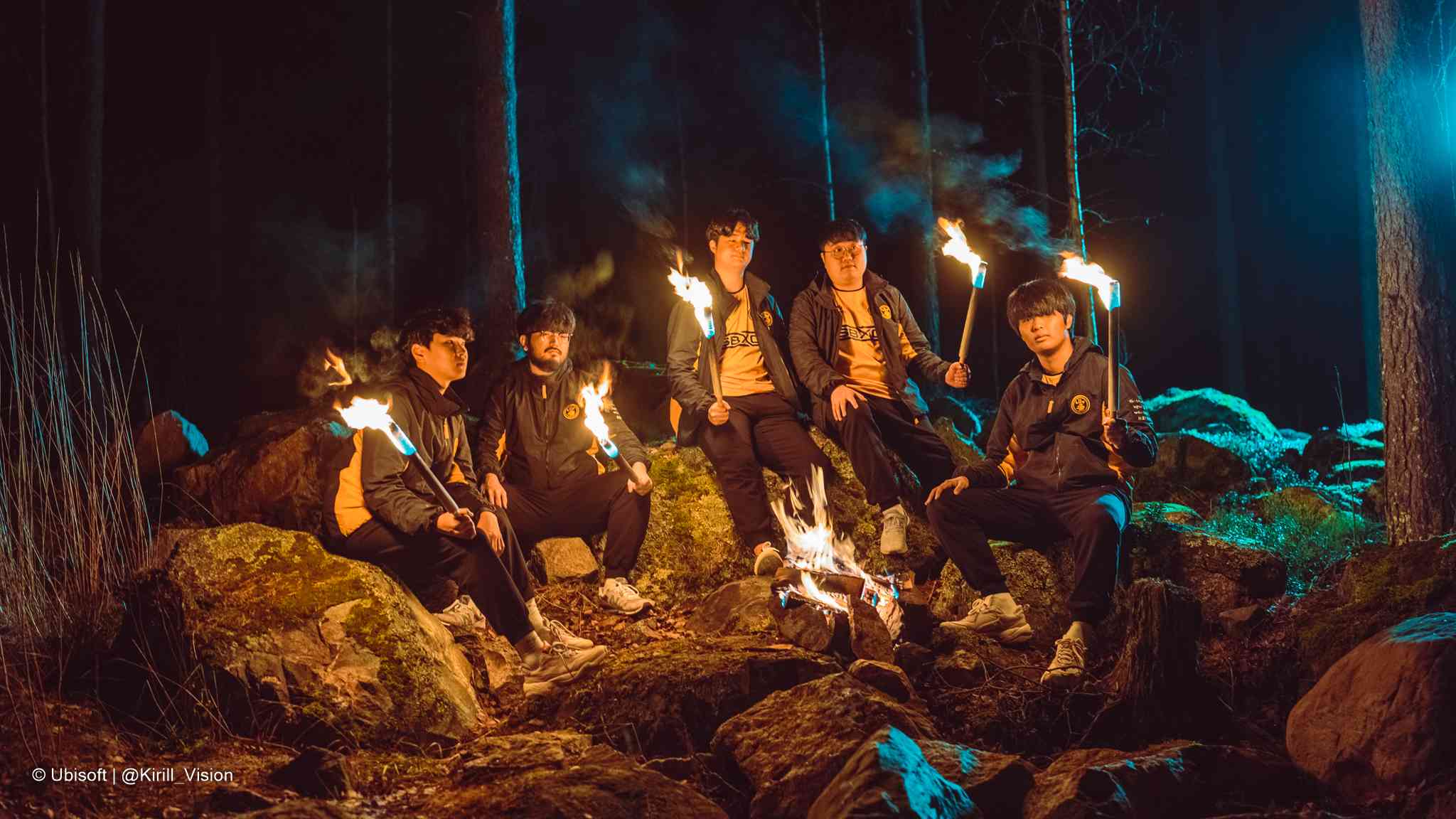 The Rainbow Six roster for SANDBOX sit in the woods at night, holding flaming torches

Like Cyclops, this team has one of the best structures in the region. Which they've managed to impose this superiority a few times, including winning in the Korean Open Summer. And like Cyclops, they played only 2 international events in the year. With the only difference an appearance at Six Major Berlin instead of Charlotte. Since their absence in Charlotte, the team's improved with the addition of Lee “Goodboy” Ji-heon and Hwang “Arukaze” Hyeon-jin to the lineup, giving new life to the team coming into its second consecutive Six Major. However, at both international competitions, the team showed poor performance; with 4 wins and 7 losses, relegated both times during the group stage. And, like Cyclops, they'll be looking to Jönköping for a chance at a comeback. 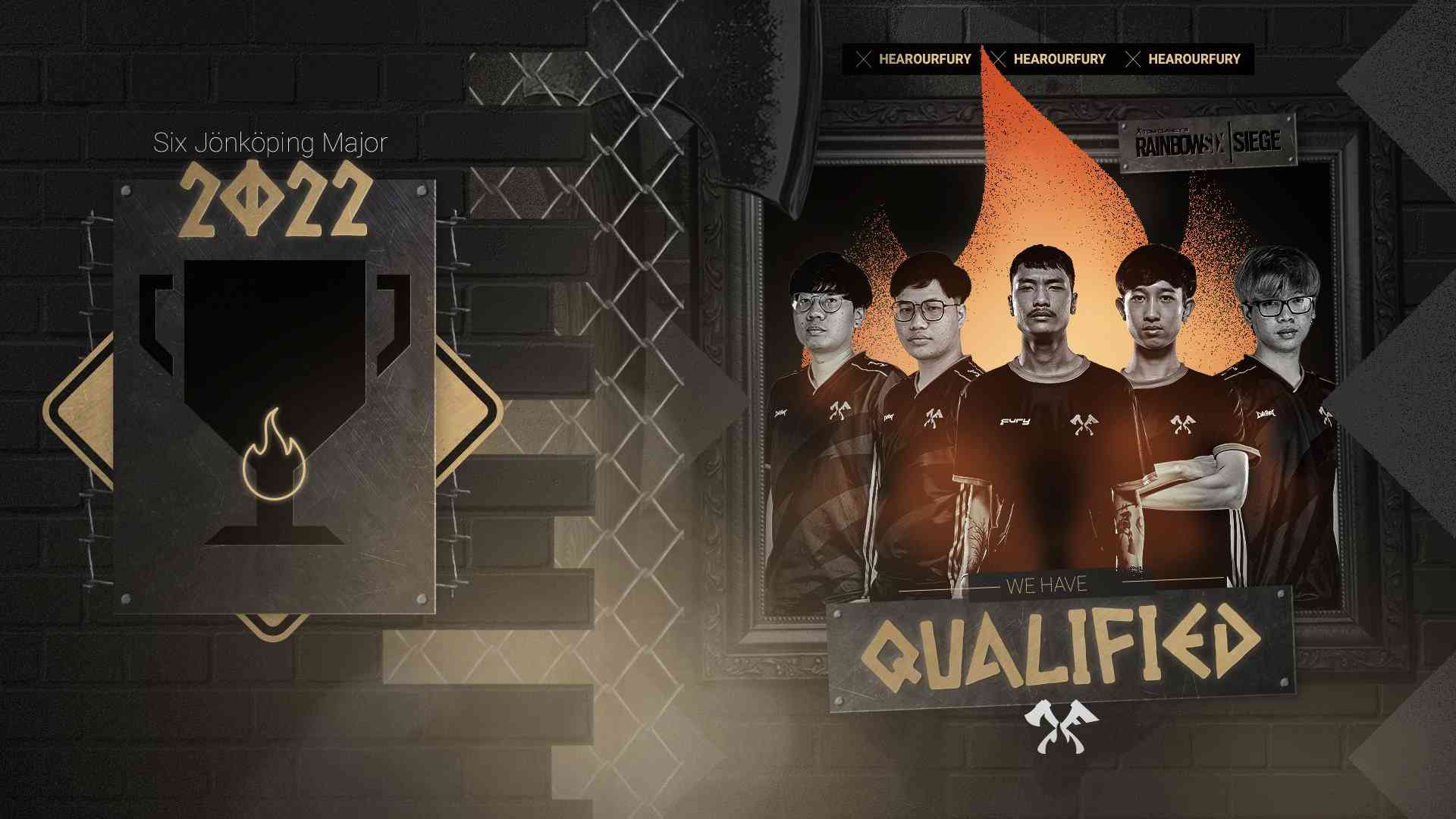 A promotional image featuring Fury's R6 roster, celebrating their qualification to the Jönköping

If in LATAM we had the surprise because of Black Dragons, and in NA, Mirage, in APAC we have Fury. They qualified for their first international tournament in Siege. The team had a discreet year, Fury didn't win OLSEA Autumn/Summer or APAC South, but they were always fighting it close with Dire Wolves, Gaimin, and Elevate on OLSEA. And these are good teams who have played in international tournaments. The maturity to face such opponents and improve collectively is what helped Fury reach 2nd place in APAC South — and the spot at Jönköping.

The region doesn't arrive in the best conditions to fight for a title. But regardless, it will be cool to watch Reeps96's Dire Wolves games and Sandbox in the death group. While Cyclops are in with chances to qualify for the next phase, and even though Fury have a very hard job, no one tells you when an underdog is going to win, they just win.