Six Takeaways from Group A of ESL Pro League Season 16

At ESL Pro League Season 16, Vitality look to be back to their best. The Parisian organization went flawless in Group A, winning all five games in a group that includes the world’s number one team - Natus Vincere. They began with two simple victories over both Endpoint and Ninjas in Pyjamas and followed that up with more closer-fought triumphs over fnatic, Natus Vincere and Spirit. A key reason for the international squad’s success was the resurgence of their star Mathieu “ZywOo” Herbaut, who showed utter dominance over the competition in Group A, averaging a 1.45 rating across the entirety of the Group Stage. The French superstar, alongside new arrival Lotan “Spinx” Giladi was integral in netting the Vitality squad a direct berth to the Quarter-Finals at ESL Pro League Season 16.

The Summer break came with the news that Natus Vincere would stick with Viktor “sdy” Orudzhev in their main roster. His addition came after the benching of In-Game Leader - Kirill "Boombl4" Mikhailov. This news was confirmed by theirhead coach Andrey "⁠B1ad3⁠" Gorodenskiy, who stated that the 25-year-old rifler will be continuing with the team until at least the Rio Major.

With the Ukrainian rifler, the Ukrainian organization lifted the trophy at BLAST Premier Spring Final earlier in the year and continued that after the Summer break by topping the Fall Groups and netting themselves a spot at the Fall Finals in November. Prior to their appearance at ESL Pro League Season 15, they again became the highest ranked team in the world and were expected to easily top Group A.

They began with a comfortable win over Spirit and a tight-fought victory over fnatic, but an out-of-nowhere defeat at the hands of Endpoint took the community by surprise. Natus Vincere were destroyed by Max “MiGHTYMAX” Heath’s men, a series where the world’s best player Oleksandr “s1mple” Kostyliev was no match for up-and-coming Israeli rifler Guy “Nertz” Iluz. The Ukrainian squad then fell at the hands of Vitality in the next match and then another loss on the final day against NIP, this tournament has been a huge disappointment for them. Oleksandr “s1mple” Kostyliev was not performing at his usual excellence, posting a lowly 1.11 rating for the Ukrainian superstar throughout Group A. A team of Natus Vincere’s pedigree should be topping this group and, in their current state, look susceptible to an upset.

Let’s see if they can change this narrative heading into the playoffs at the end of the month.

The British organization embarked on a new project for the second half of the year. William “mezii” Merriman replaced Alexander “ALEX” McMeekin as the IGL. Alongside the Brit is Freddy “KRIMZ” Johansson, who remains on the roster and is joined by the Ex-Copenhagen Flames duo Fredrik “roeJ” Jørgensen and Nico “nicoodoz” Tamjidi and finally, Dutch rifler Dion “FASHR” Derksen, who joined from ECSTATIC. These players are incredibly skilled, and all look like strong pieces for the Brit to work with. However, given the inexperience in the leadership role, expectations were tempered for the international lineup heading into ESL Pro League Season 16.

They started Group A with a bang, picking up a swift 2-0 victory over NIP, winning 16-4 on both Ancient and Overpass. They fought close with both Natus Vincere and Vitality and then gained wins over Spirit and Endpoint to head out of the group 3-2. This was, in my opinion, an impressive showing for the fnatic squad, and a playoff appearance is a big achievement. They looked strong in Group A and placed second in the group thanks to Fredrik “roeJ” Jørgensen, who looks to be continuing his star player form that he started to be known for at Copenhagen Flames. 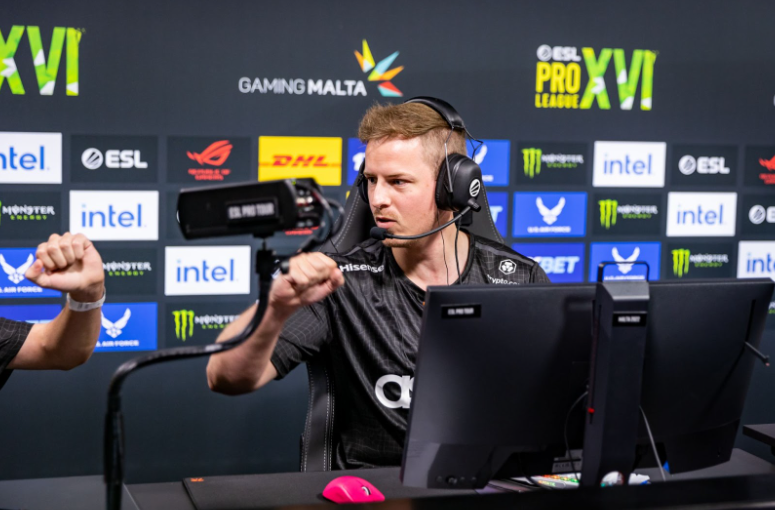 This team looks dangerous. Can the British organization make a strong run in the Playoffs? They have won ESL Pro League three times before, anything is possible.

Spirit came out of nowhere at PGL Major Antwerp and performed way above the communities expectations. It was great to see Leonid “chopper” Vishnyakov’s group of Russian youngsters perform on the biggest stage. There were big standout players like Abdul “degster” Gasanov and Robert “Patsi” Isyanov, but Pavel “s1ren” Ogloblin and Boris “magixx” Vorobiev were instrumental for the team’s success. Their star sniper Abdul “degster” Gasanov departed the team for OG Esports and he was replaced by a teenage AWP prodigy from Ukraine Ihor “w0nderful” Zhdanov.

In his first event at IEM Cologne 2022, the 17-year-old performed well, but it was clear he still needed time to bed in. It has been almost two months since his debut, and the ex-Hellraisers sniper looked in much better shape here in Malta. This Spirit side began against Natus Vincere and although they fell short, their new sniper had a particularly good start and showcased the level that he would show for the rest of the group.

What followed was a win over Endpoint and a win over Ninjas in Pyjamas, where the Russian/Ukrainian side looked dominant with some key individual performances from Robert “Patsi” Isyanov and Boris “magixx” Vorobiev. Unfortunately, they suffered two losses to both fnatic and Vitality to end the group and failed to make the Playoffs. Their fourth-place finish in their group at ESL Pro League Season 16 is disappointing, but their performances have substance, and there is clearly something to build on. Given more time, this Spirit team will be looking to contest for playoff appearances further down the line.

Too little too late for the Ninjas

NIP started ESL Pro League Season 16 with three consecutive losses. The Swedes looked woeful. They lost in dominant fashion, too, losing every series 2-0 and winning 12 total T-side rounds across the six maps. Their T-side looked dreadful, and they lacked potency and the ability to win key rounds. In their fourth match, they went up against Endpoint, and this game seemingly provided the Swedish/Danish side with some much-needed confidence as they picked up a 2-0 win which propelled them into their final game of the group against Natus Vincere.

Natus Vincere again fell short in this group, but this time at the hands of NIP. They carried their momentum from Endpoint and took it into their face-off with the Ukrainian/Russian squad. It was a close series, but the Ninjas took the match 2-1. Sadly, this was not enough to continue further in the competition, and was knocked out in the Group Stage. It is apparent that the Swedish side lacks a sniper, and AWP presence is sincerely needed if the Ninjas want to rise up the rankings again.

Can they bounce back at their next event at the RMR in early October?

Even with a Major MVP now in their books, Endpoint were expected to finish Group A of ESL Pro League Season 16 with zero wins to their name. The majority British side entered the tournament ranked thirty-seventh in the world, and although they exited the group with a 1-4 record, it is who they got their win against that shocked the Counter-Strike world. 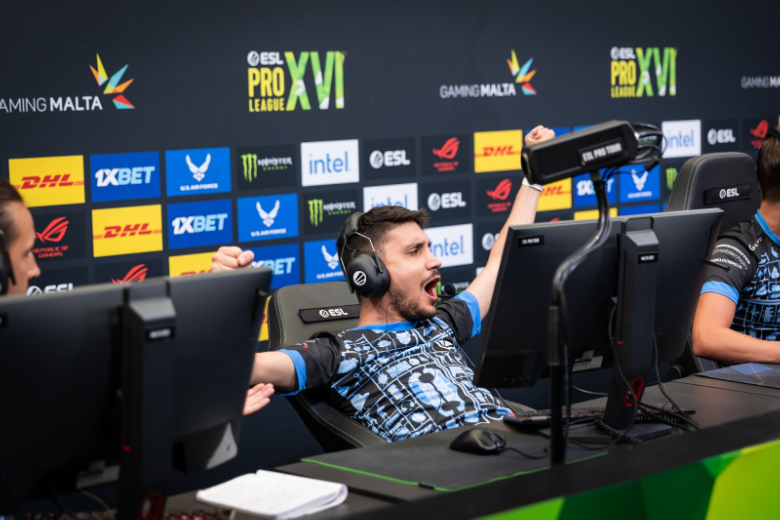 On the third day of play, following losses at the hands of Spirit and Vitality, Endpoint came up against Natus Vincere, the number-one ranked team in the entire world. Endpoint dominated the Ukrainian/Russian lineup and beat Natus Vincere over two maps - Ancient (16-7) and Dust (16-10). This was a meteoric victory, and Guy “Nertz” Iluz was integral to this win. He ended Group A with a 1.19 rating in a team that averaged a 0.94 rating and stood out as one of the best players in the server on every game he played.

During the Summer break, the 23-year-old Israeli rifler was reported to be joining the likes of ENCE. The community questioned if he was ready for the step-up into tier one Counter-Strike and his showing here in Malta showcases to me that he is a future star and capable of joining some of the best rosters in the scene.

Group A was full of close matches and some real quality Counter-Strike. With three groups remaining, who will join Vitality, Natus Vincere and fnatic in the Playoff Stage?